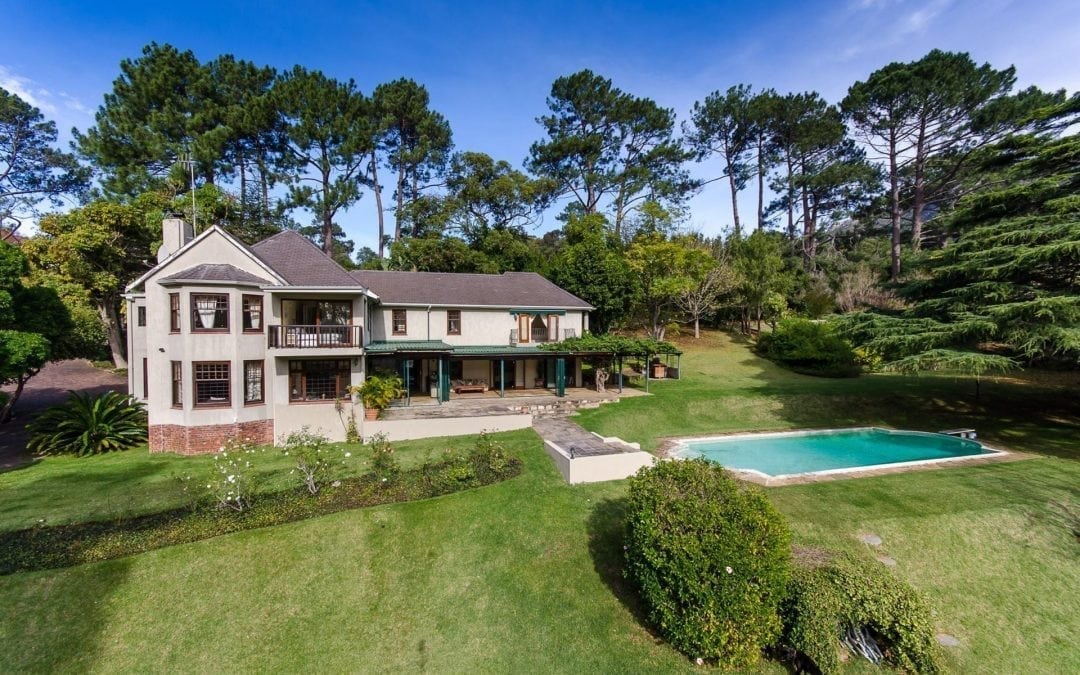 Nestled just behind Table Mountain’s back, and separated from its lower reaches only by the slice of heaven that is Kirstenbosch, it’s not difficult to accept that Bishopscourt is indeed the jewel in the crown of the Southern suburbs.

Bishopscourt is one of the country’s oldest and grandest suburbs that carries with it top class status rivalled by few other residential neighbourhoods in the country, perhaps only Sandhurst in Johannesburg’s wealthy Sandton area and Clifton on Cape Town’s Atlantic Seaboard, says Ingrid McFarlane, the Seeff agent in the area.

‘For buyers looking for a trophy home in the suburbs, it just does not come any better than Bishopscourt. It ranks as one of the most coveted locations and addresses. Leafy Oak-tree lined lanes and grand homes line the streets that wind upwards against the slopes of Table Mountain,’ says McFarlane.

‘Bishopscourt is home to a number of international embassies and consulates, and of course, the residential enclave of wealthy captains of industry and top entrepreneurs. Households here consist predominantly of UHNWI (ultra-high net-worth individuals). Not surprisingly, it also attracts foreign buyers, including wealthy buyers from the UK and Europe, with interest from Africa’s petro-rich nations growing.’

Comprising just over 500 properties, according to Lightstone, Bishopscourt ranks as one of the country’s wealthiest in terms of real estate value with property prices well into the upper millions. About 15% of all properties in the suburb are valued above R20 million, according to WealthInsight.

‘No matter where you buy, you are making an excellent investment,’ says McFarlane. ‘Based on sales for this year, the suburb boasts an average price of R12,6 million, about 50% higher than five years ago when it was around R8,4 million, illustrating that property here just keeps appreciating in value. There is very little vacant land available, something that contributes to the value of property.’

‘The demand for property in the suburb is always high – whether it is a vacant plot that can sell for anything around R13 to R14 million for about one acre or an older home that can sell for just under R10 million, but with excellent potential for renovation and enlargement to a magnificent estate that can sell for well above R20 million,’ says McFarlane.

Homes here are generally large, of ambassadorial proportions with large rooms, high ceilings and grand finishes and interiors – think bespoke custom-built wooden windows, doors, cabinetry, marble floors, grand staircases with hand-crafted balustrades and plenty of accommodation with grand lounges, dining halls, large kitchens with breakfast rooms, wine cellars, cigar lounges, bars, plush studies and libraries.  One such home is the one McFarlane is negotiating for R80 million, which will be the most expensive house sold in the suburb when the sale goes through. 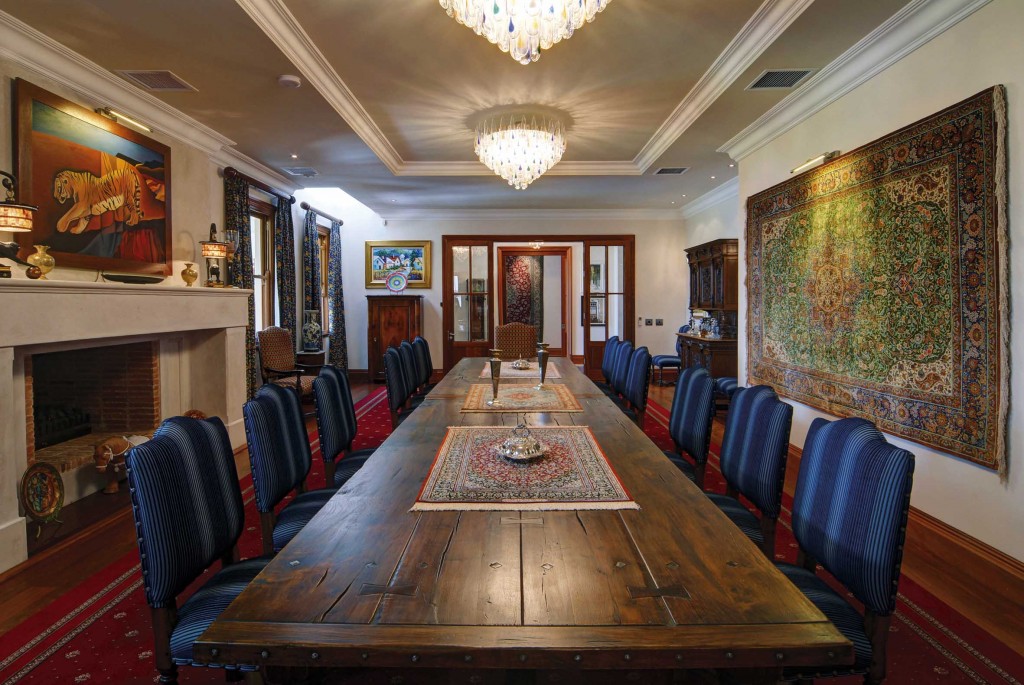 According to Mike Greeff, CEO of Greeff Properties, an affiliate of Christie’s International Real Estate, Bishopscourt was established on the site of Jan van Riebeeck’s farm Boscheuwel. ‘Unlike many other suburbs, Bishopscourt faces north and gives spectacular views of the mountain. From some of the properties, you can see as far as the Hottentots Holland range, and it’s also totally protected from the South Easter,’ adds Greeff.

Myrna Duveen of Pam Golding Properties says, ‘Young families buy here because of its rural ambience, quietness and proximity to top schools, UCT, all the amenities and Kirstenbosch Gardens.’ She notes that there is a trend towards extensive remodelling or even totally knocking down older homes to build large mansions with modern conveniences. The highest price achieved in Bishopscourt is R40 million, for a remodelled home at 24 Klaassens Road, which Duveen sold in 2012. ‘Few of these homes come up for resale. A bargain in this area will go for R7,5 million, and that is for a house on the periphery on a smaller piece of land.’

Nikki Lombard of the Rawson Property Group’s Constantia franchise says ‘In addition to its obvious advantages of having a superbly convenient position, Bishopscourt also benefits from being one of the best protected suburbs in Cape Town:  it is very intensely patrolled and most of the homes have state-of-the-art security at a level many other home owners simply could not afford.’

Anne Porter of Knight Frank remembers Bishopscourt when it was still zoned as agricultural land. ‘I remember when there were no tarred roads, no street lights, not connected to the sewerage system – it was outside the municipal boundaries. People moved here because they wanted to live in the country. It has grown into the most prestigious area in the Southern Suburbs, but it has not lost its rural feel. it is still sought-after for the privacy it affords residents.’