Artists to Exhibit at Wavescape Art Board Project 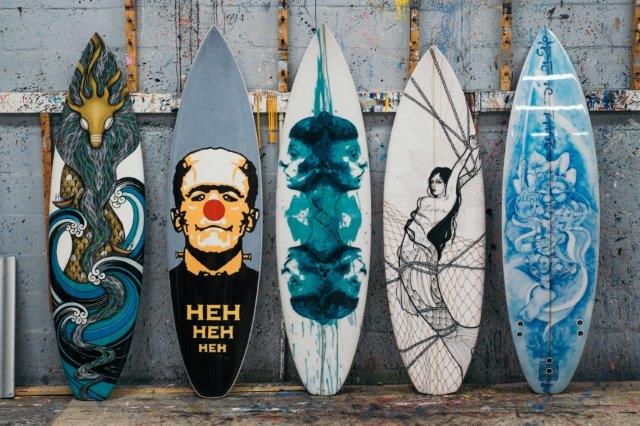 Top South African artists, including Lionel Smit and Brett Murray, have decorated 11 surfboards that are on exhibition a stone’s throw from the ocean in Muizenberg, near Cape Town.

The Wavescape Art Board Project for 2016 culminates next Tuesday 29 November when comedian and auctioneer Nik Rabinowitz bangs his special shark gong at each successful bid in aid of Waves For Change, Shark Spotters and the NSRI.

The surfboard art exhibition is the first of a number of surf culture and ocean events that form part of the Wavescape Festival, which is presented by Pick n Pay. This year, the artists are Brett Murray, Lionel Smit, Jenna Barbe, Peter van Straten, Steve Pike, Sujay Sanan, Conrad Botes, Jake Aikman, Alexis Aronson, Chris Burkard and Manuela Gray. The surfboard shape this year is a three-fin high performance shortboard. 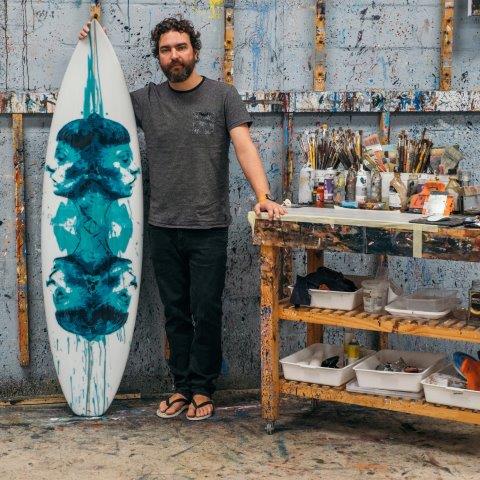 The exhibition begins today at Tiger’s Milk, Muizenberg, 9am til late, and runs daily until Tuesday 29 November when the boards will be sold to the highest bidder at 8pm. Doors open at 6pm. Nik Rabinowitz will do some comedy first. Contact the Wavescape Festival if you would like to bid by proxy or phone. Call Shani 083 509-5106 or visit www.wavescapefestival.com

The ArtBoard project has been raising awareness and funds for ocean charities since 2005, notably NSRI, Shark Spotters and Waves For Change but many others. We have helped fund several NSRI boats and helped the Shark Spotters keep surfers and sharks in mostly harmonious co-habitation.