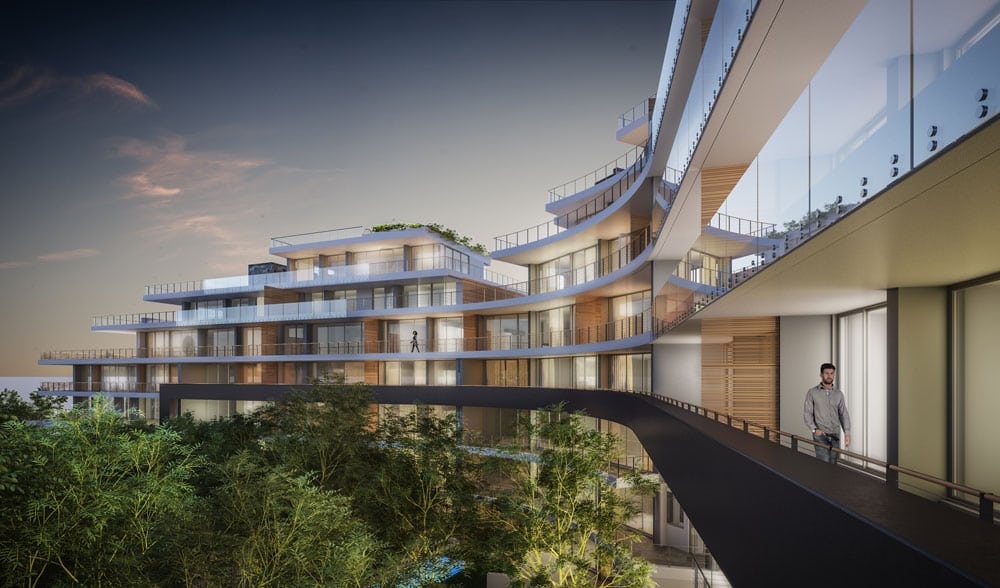 A prime piece of land in Bantry Bay, once a land claim belonging to the Tramway Trust, is now under development 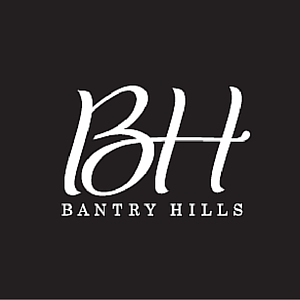 and set to become the biggest development ever in Cape Town. In 2001 the land was awarded to the Tramway Road Trust by the City of Cape Town as part of a restitution claim, on condition that it be redeveloped to benefit the beneficiaries. Now the land is being developed into Bantry Hills, a R750million ultra-luxury development which will be unlike any other property in Cape Town.

Comments Mike Flax, the former CEO of JSE-listed Spearhead who is managing the development, ‘’We have been planning this 14 000m2development for some time, and are excited that it is finally underway. It will certainly be one of the most iconic residential developments in the Atlantic Seaboard.’’ 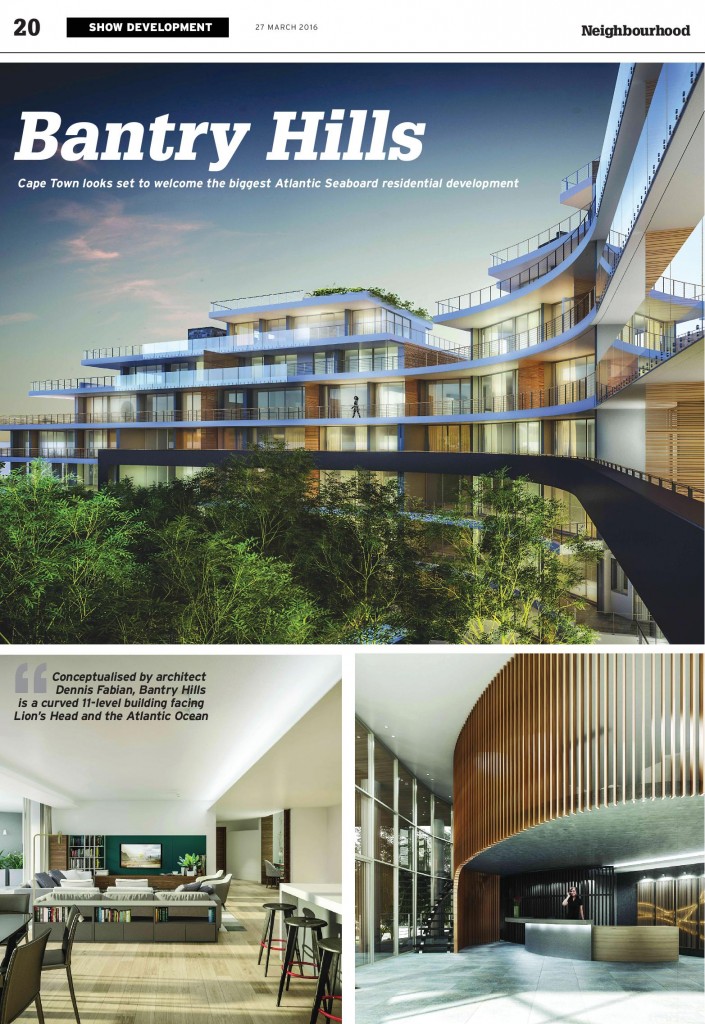 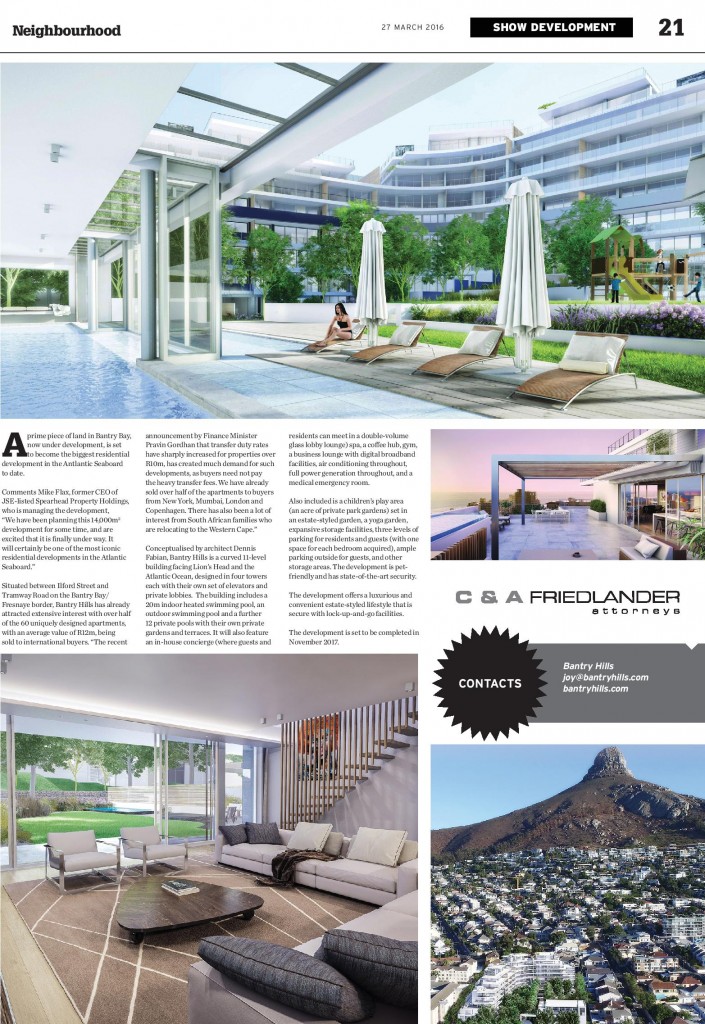 Situated between Ilford Street and Tramway Road on the Bantry Bay/Fresnaye border, Bantry Hills has already attracted extensive interest with over half of the 60 uniquely designed apartments being sold to international buyers, with an average value of R12 million. ‘’The recent announcement by Finance Minister Pravin Gordhan that transfer duty rates have sharply increased for properties over R10million has created much demand for such developments, as buyers need not pay the heavy transfer fees. We have already sold over half of the apartments to buyers from New York, Mumbai, London and Copenhagen. There has also been a lot of interest from South African families who are relocating to the Western Cape.’’

Bantry Hills joins two other ultra-luxury development sites that are currently being constructed in the Atlantic’s Seaboard. In Mouille Point, Investec Managing Director Bernard Kantor has not yet launched his 10-storey building but indications are that R60m will be asked for apartments that span each floor, and the site of Bantry Bay’s Ambassador Hotel will see the redevelopment of the Aurum Presidential Suites, with sea facing units fetching prices of R120,000 per square metre.

Conceptualised by architect Dennis Fabian, Bantry Hills is a curved 11-level building facing both Lion’s Head and the Atlantic Ocean, designed in four towers each with their own set of elevators and private lobbies. The building includes a 20-metre indoor heated swimming pool, an outdoor swimming pool and a further 12 private pools. It will also feature a concierge, spa, a business lounge, a medical emergency room, a children’s play area, a yoga garden, expansive storage facilities, three levels of parking and other storage areas.

The development will be completed in November 2017. 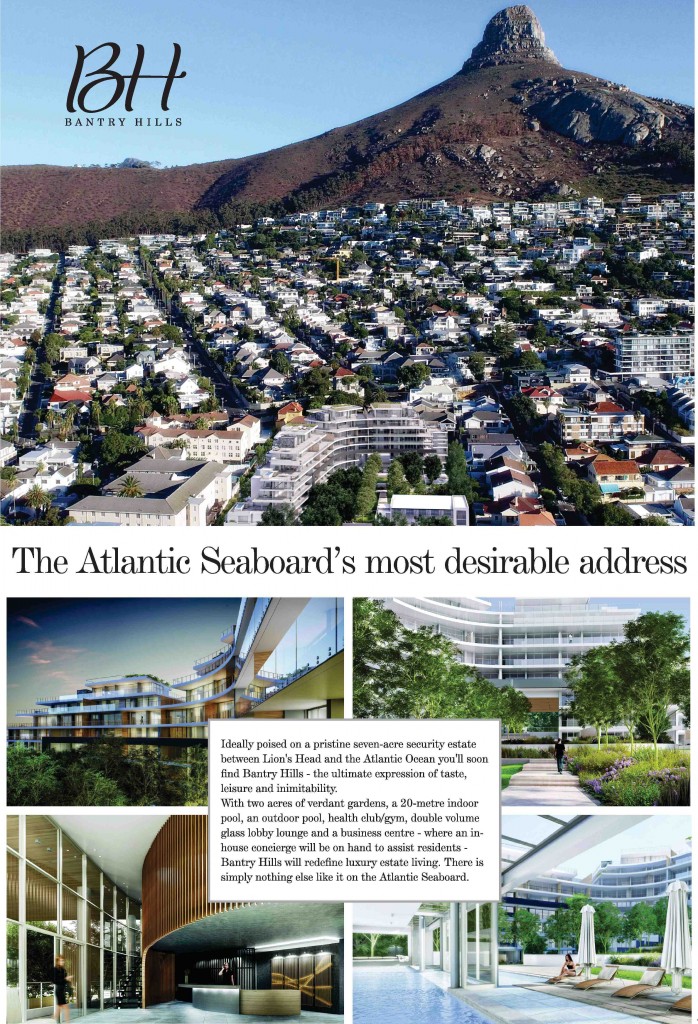 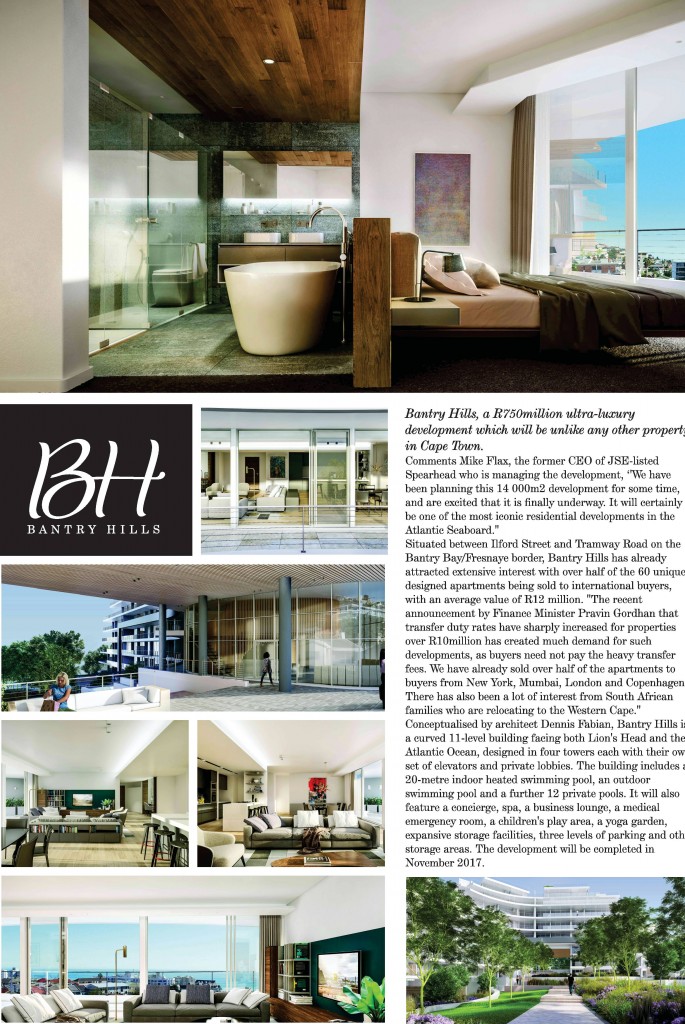 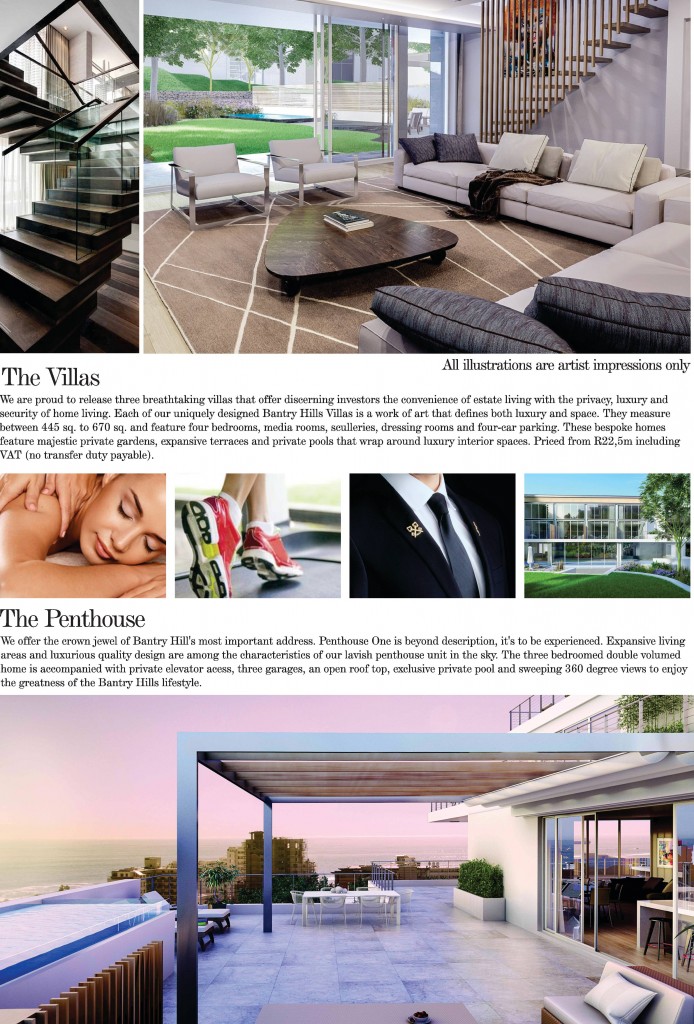