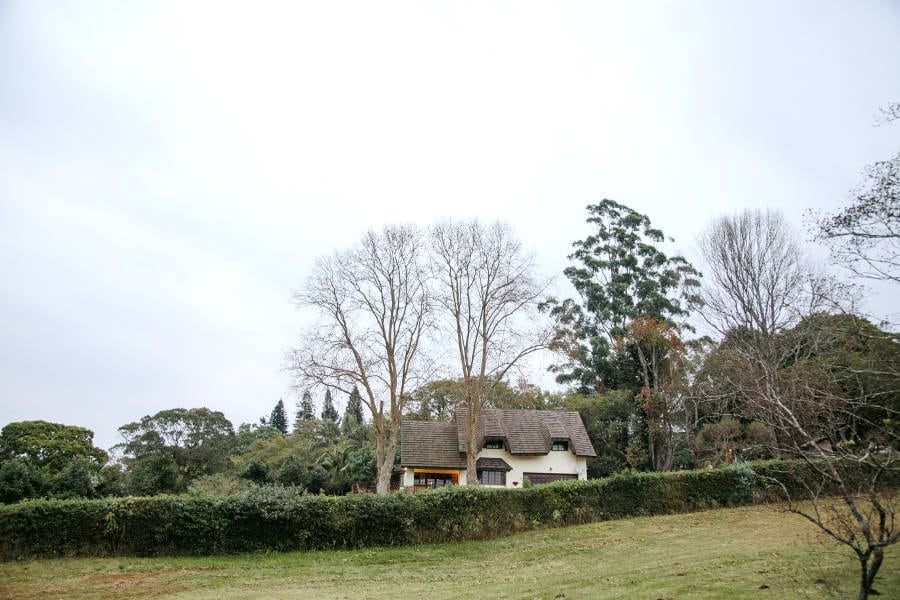 The long and winding road up to Botha’s Hill not only leads to cooler climes but far more of a country lifestyle and environment, even though it’s a mere eight-minute drive from the bright lights of Hillcrest.

Shopping centres here are not malls, but rather small clusters of shops, eateries and art outlets, with names like Fainting Goat and Sugar Loaf Centres. Living out here, you’ll find numerous arts, crafts and antique-type stores, pursuits and studios.

Named after Philip Rudolph Botha, grandfather of General Louis Botha (1862–1919), first prime minister of the Union of South Africa, Botha’s Hill has some of the most spectacular views in the country. It’s the gateway to The Valley of 1,000 Hills and is also along the Comrades Marathon route. 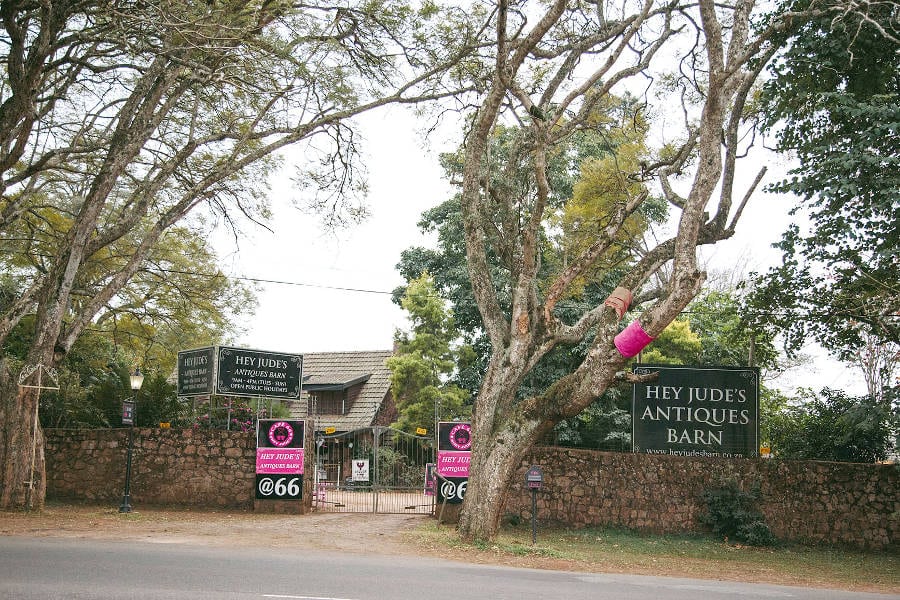 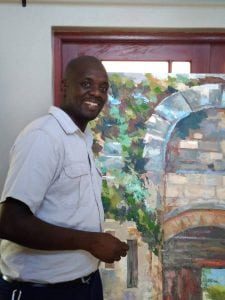 Botha’s Hill resident, well-known artist Nicky Chovuchovu is Zimbabwean born. “I grew up in Harare where my father was an artist, and I watched him paint and do commercial artwork in his studio and at home. My childhood was filled with creative adults because my father always had apprentices in his studio, so in my spare time, I’d work with them on commissions. The most exciting was creating the stands at the Harare Agricultural Show, much like the Royal Show here.” After finishing high school, Nicky went to work with him full time before he secured his first job as a commercial artist in a supermarket chain, “I worked there for seven years, but I grew tired of being confined to working exclusively with their three corporate colours. I needed to be free, so I began reading books on the Fauvist movement led by Henri Matisse, and I started to paint like them.”

Nicky moved to South Africa in 2003, and after a stint in Joburg, then Durban, he settled in Botha’s Hill in 2009.

“Living in Botha’s Hill feels special because it has a tranquil country feel which suits me. I can have backyard chickens without the neighbours complaining about my rooster sounding his early morning alarm! It’s a massive contrast to the hustle and bustle of the city life I had been used to before I moved here. Botha’s Hill sits just about halfway between Durban and Pietermaritzburg, and it’s just a stone’s throw away from the N3, so it is convenient.” He adds, “The neighbourhood has a safe family feel, and that makes it a wonderful hometown.”

Nicky lives with his wife and children in a spacious home, “I have my studio here too, which is my favourite space in the home. This is where I create all the wonderful ideas I put into paintings, woodcut prints and textiles – I enjoy experimenting with new forms of art, some of which does not make it into the public eye.” Nicky sells his work directly to the public, and a number of galleries – particularly in Cape Town – stock his work. 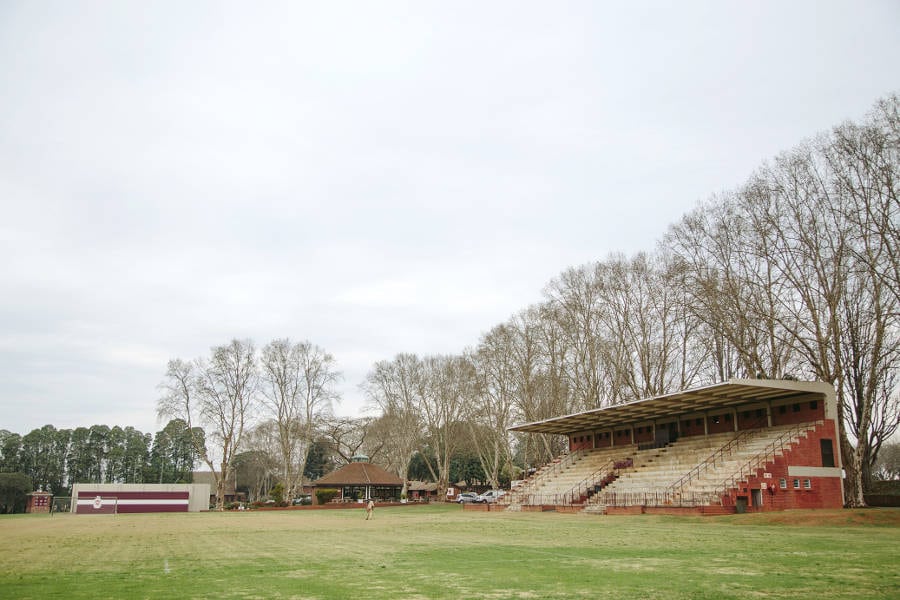 Country and craft markets, real seasonal changes, roaring fires and, of course, the renowned boy’s private high school Kearsney College, all contribute to the sense of country, and even quirkiness. Nicky’s own Paint and Sip Art Party concept is a great example of neighbourhood gems, “I bring all the art materials to you and guide you on painting your own masterpiece. No one needs to be artistic, it’s for the fun of it, or the therapy if you like. It’s ideal for team building, bachelorette parties, fundraising, you name it, and can be hosted in private homes or even restaurants.”

Nicky loves the Valley of 1,000 Hills. “I really enjoy visiting the villages, and taking a peek into the majestic Zulu way of natural living.” There are a number of different aspects to the 1,000 Hills tourism experience – from cultural to action to food – and although it’s a tourism drawcard, it’s often forgotten by locals. There are numerous arts and crafts outlets there too, most of them featuring quality traditional work.

For eating out, Nicky has his favourites, “For lunch and dinners, my best go-to spot is Chilliplum. If we’re in a pizza or burger mood, it’s The Drum and Bell Country Pub and Restaurant or The Pot and Kettle Restaurant. Our favourite breakfast or morning coffee spot is Stretta Cafe.” 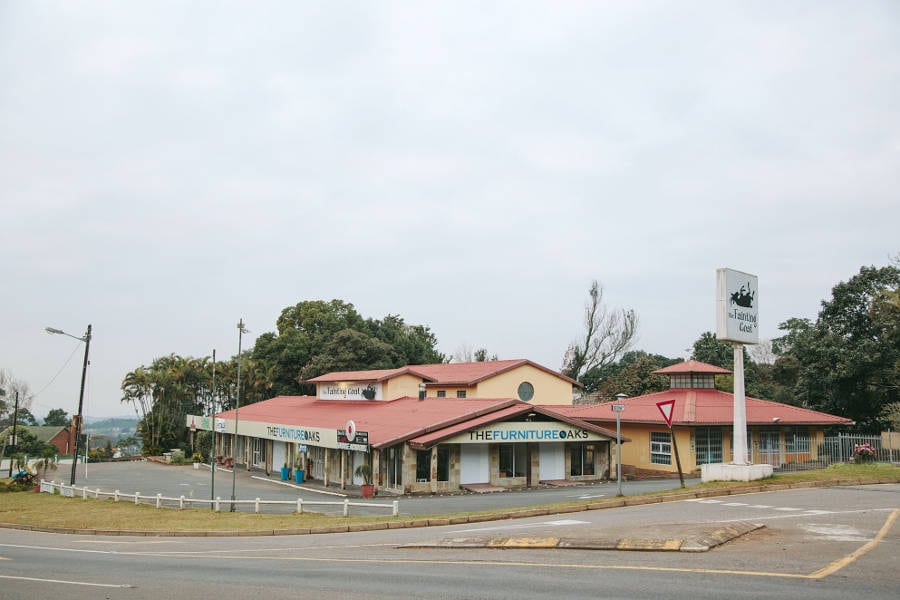 If Nicky’s not at work in his studio, a braai with the family is his idea of a perfect Sunday, “We love being at home, but equally, we could all set off to fish at the local Inanda or Shongweni dams. They have great facilities for families, and when the weather’s perfect – which it usually is in KwaZulu-Natal – it’s a great, relaxing outing.

“There’s a part of me which enjoys the freedom of being surrounded by farm animals, and growing my own food, and that’s all possible in Botha’s Hill
Nicky Chovuchovu 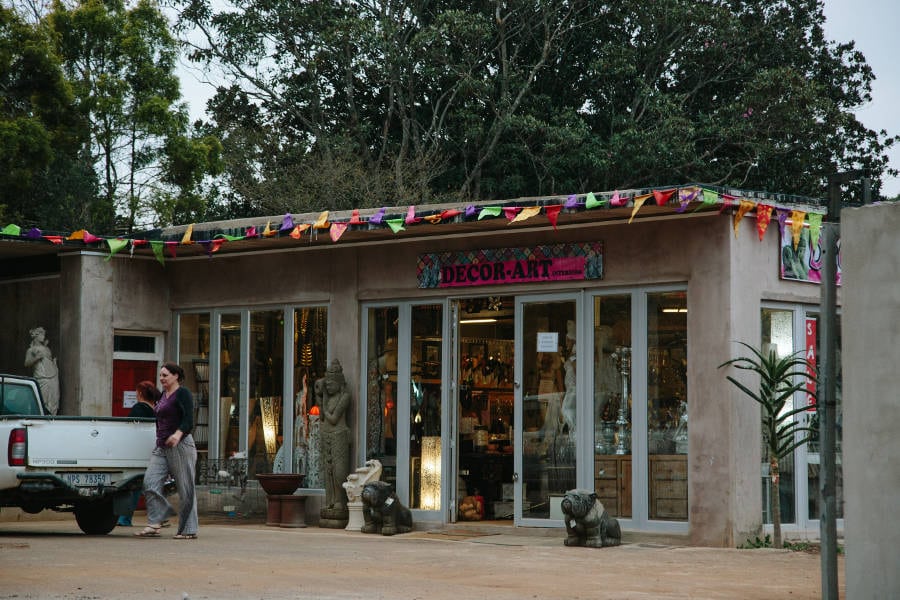