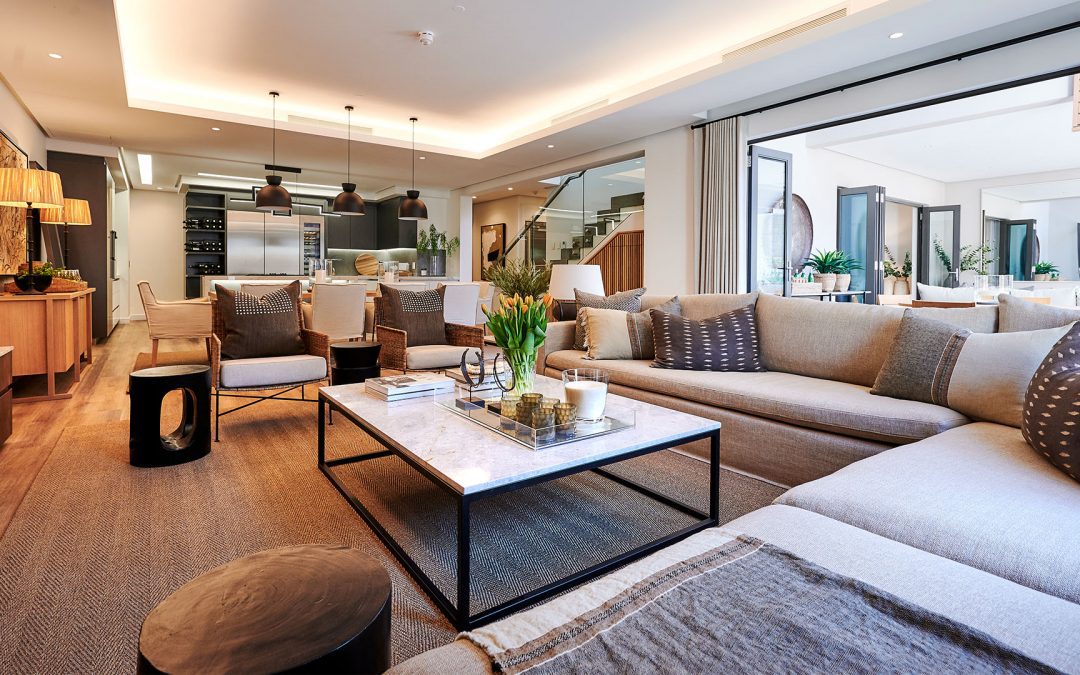 It’s not surprising that Steyn City embarked on an apartment project of the scale of City Centre, their latest development. It’s both audacious and ambitious. After all, Steyn City has been singled out as one of the top-ten lifestyle estates in the world by wealth intelligence firm New World Wealth, which also named it the leading lifestyle estate in Gauteng in 2019. Since it first launched in 2015, the developers have learned a thing or two about surprising and delighting purchasers and investors – and they applied these lessons with rigour when the time came to introduce the City Centre to the market earlier this month. 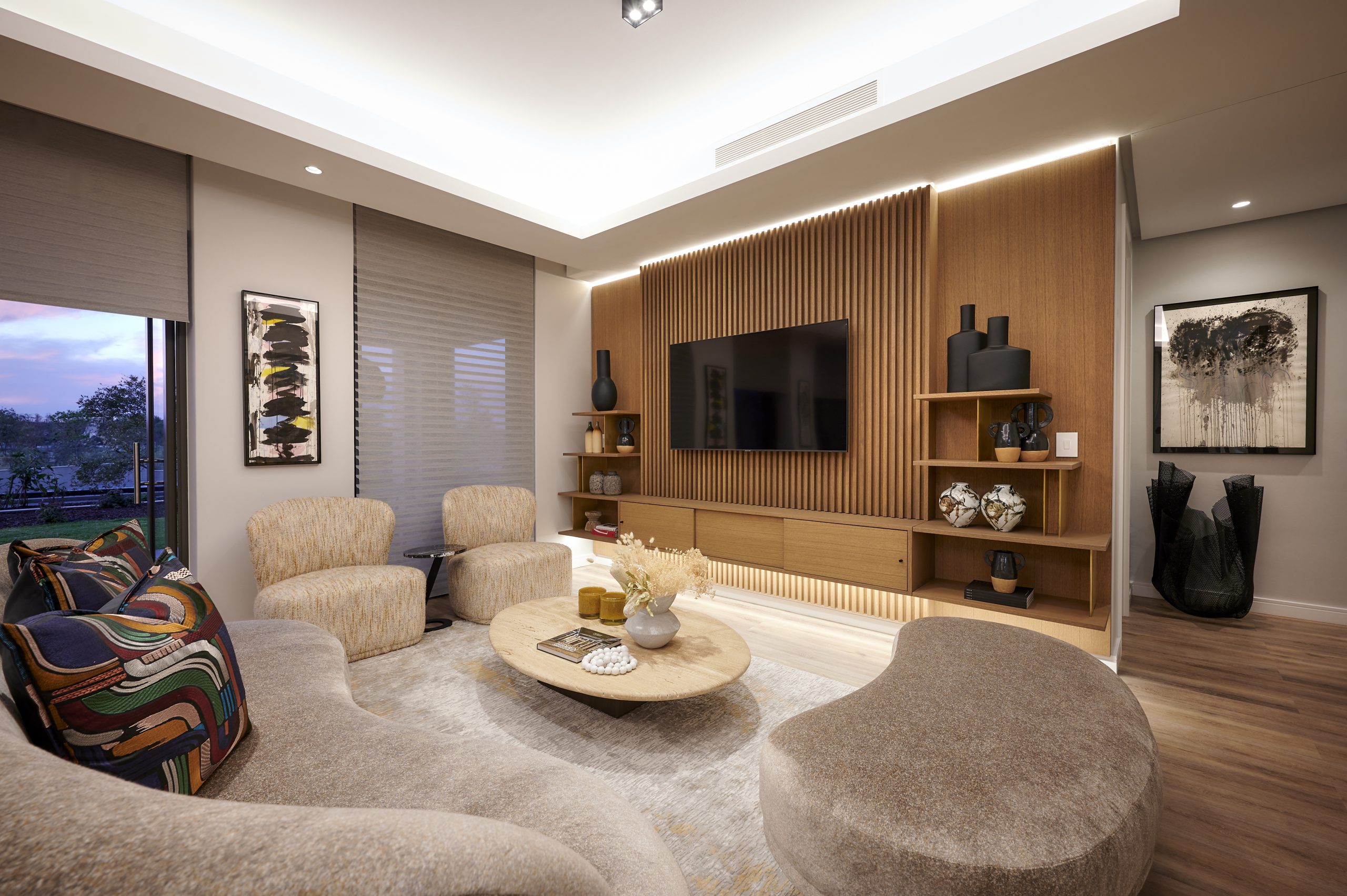 This is why designers Stephen Falcke, Yvonne O’Brien, Silvio Rech and Lesley Carstens, Bilala Mabuza, Donald Nxumalo, Buzwe Mabuza, Ayesha Nobanda and Amanda Elliott were called upon to lend their expertise. Each was invited to imagine who would live in their specifically assigned apartment, and to design the interior with these homeowners in mind.

The outcomes were as varied as you might imagine: while many played with the theme of nature and bringing the outdoors in (as one may expect in an exceptional parkland environment), others chose to emphasise the glamour and excitement of fast-paced urban living. Still others chose to accentuate the serenity that is so much a part of the Steyn City lifestyle. Some designers chose to flaunt opulence; others opted for understated elegance. 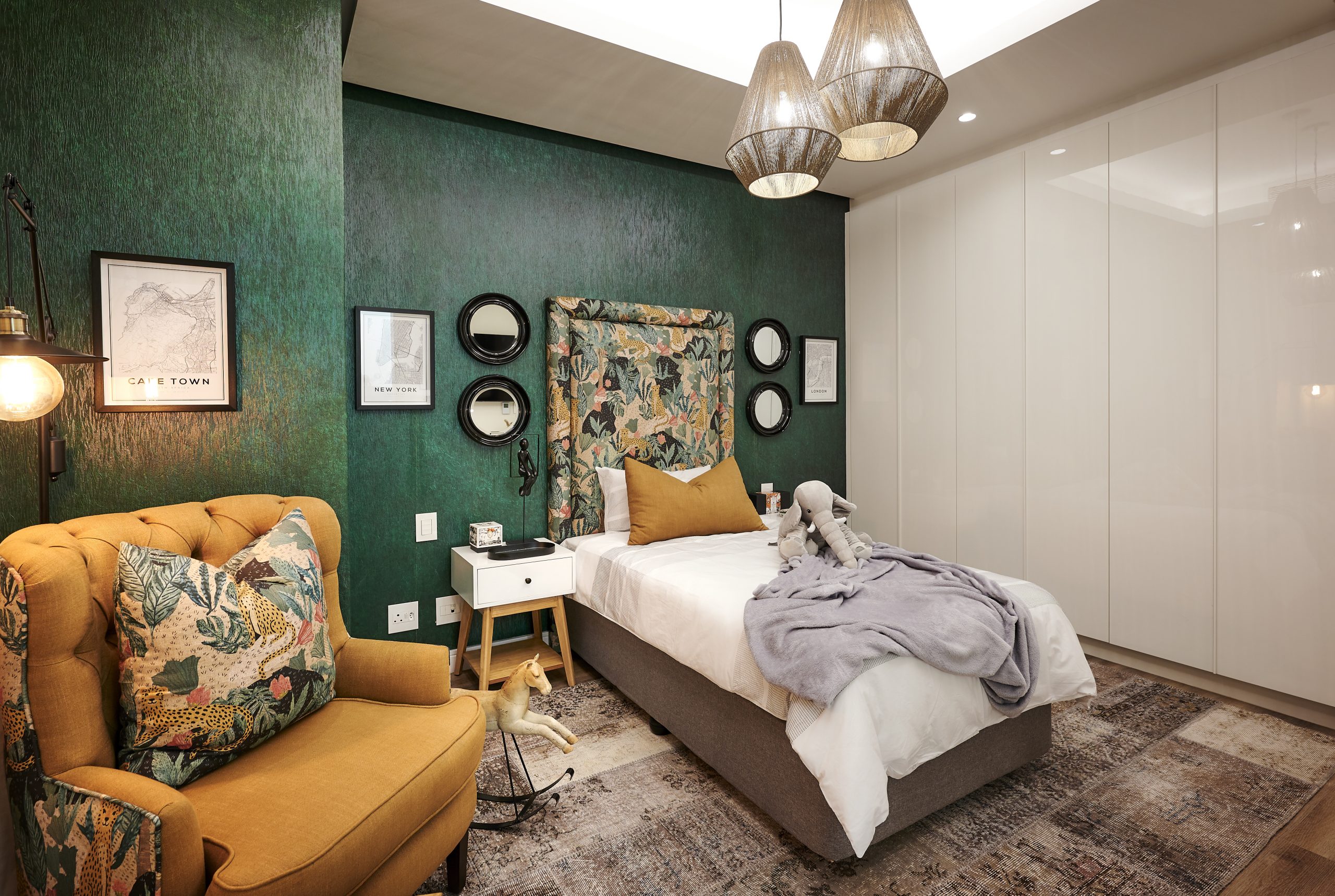 In all cases, the interiors of the eight apartments – which range from penthouses to one-bedroom homes – exemplify the Steyn City ethos: live your best life where comfort, convenience, and luxury reign supreme. This is clear in the design of the homes, which feature high ceilings and extra space (each room is big enough to fit a king-size bed, for example), so that families feel they have room to breathe.

Echoes of this philosophy are seen throughout the development, reaching its apex with the secure 2,000-acre indigenous planted parkland, which has become Steyn City’s signature. A feature which essentially ensures that each Steyn City resident has access to one of the largest gardens in South Africa, it’s this magnificent area that creates the special atmosphere so unique to the development. 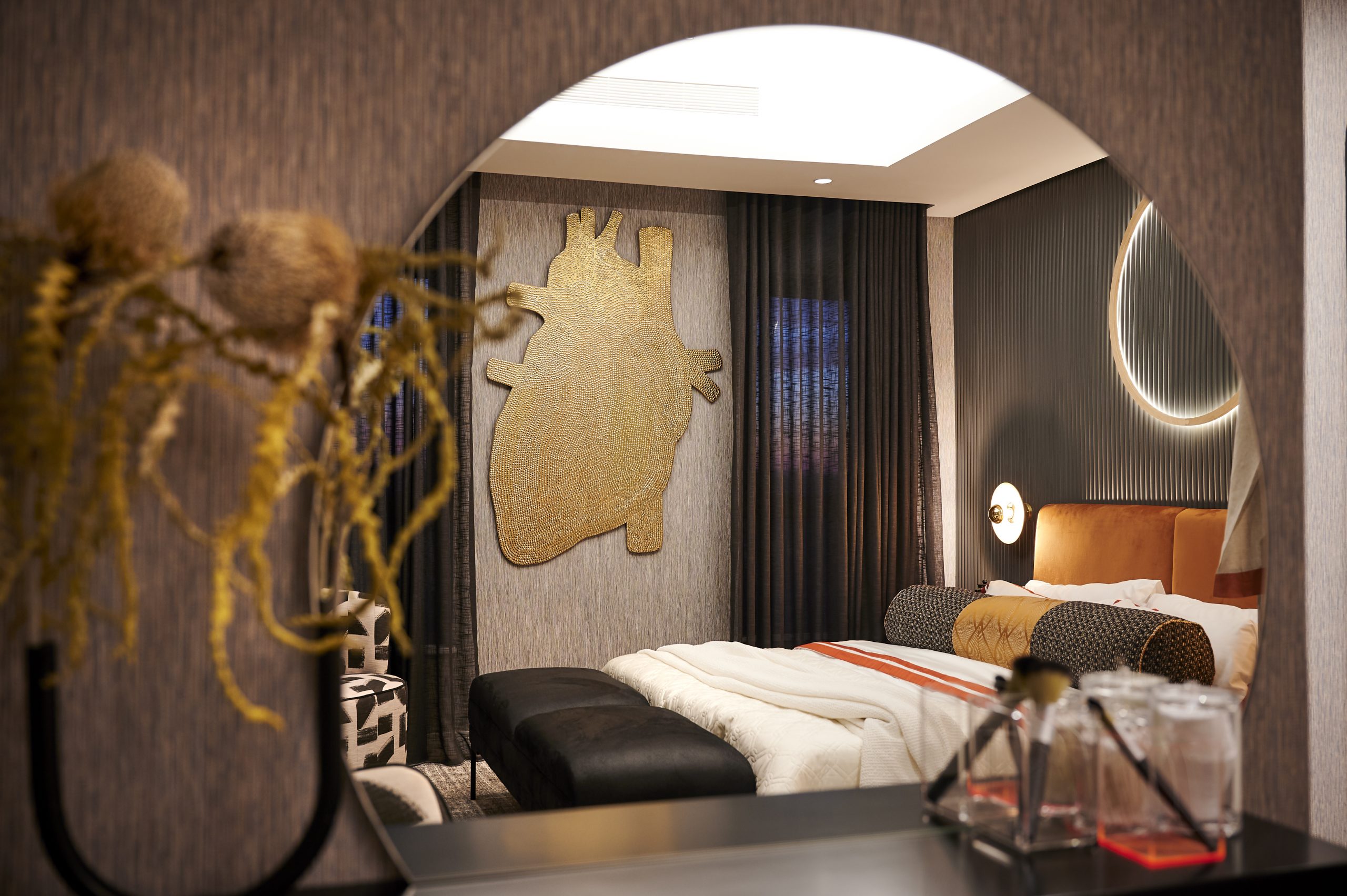 Then there are the countless amenities, all carefully planned to aid residents in pursuing a range of interests, from golf to indoor swimming, horse riding, gym, tennis, yoga, running on the 45km floodlit promenade, cycling on the 50km MTB track, or eating out at a choice of restaurants. There’s also the Ultimate Helistop, a service that’s been warmly welcomed by residents wishing to reach their next destination without the hassle of traffic, and the 300m lagoon powered by GAST Clearwater – a celebration of fun for families. All of these facilities are showcased at the City Centre’s Brand Experience Centre, where prospective buyers and investors can get their first taste of this one-of-a-kind lifestyle. Apartments range from R2,3m up to R35m. 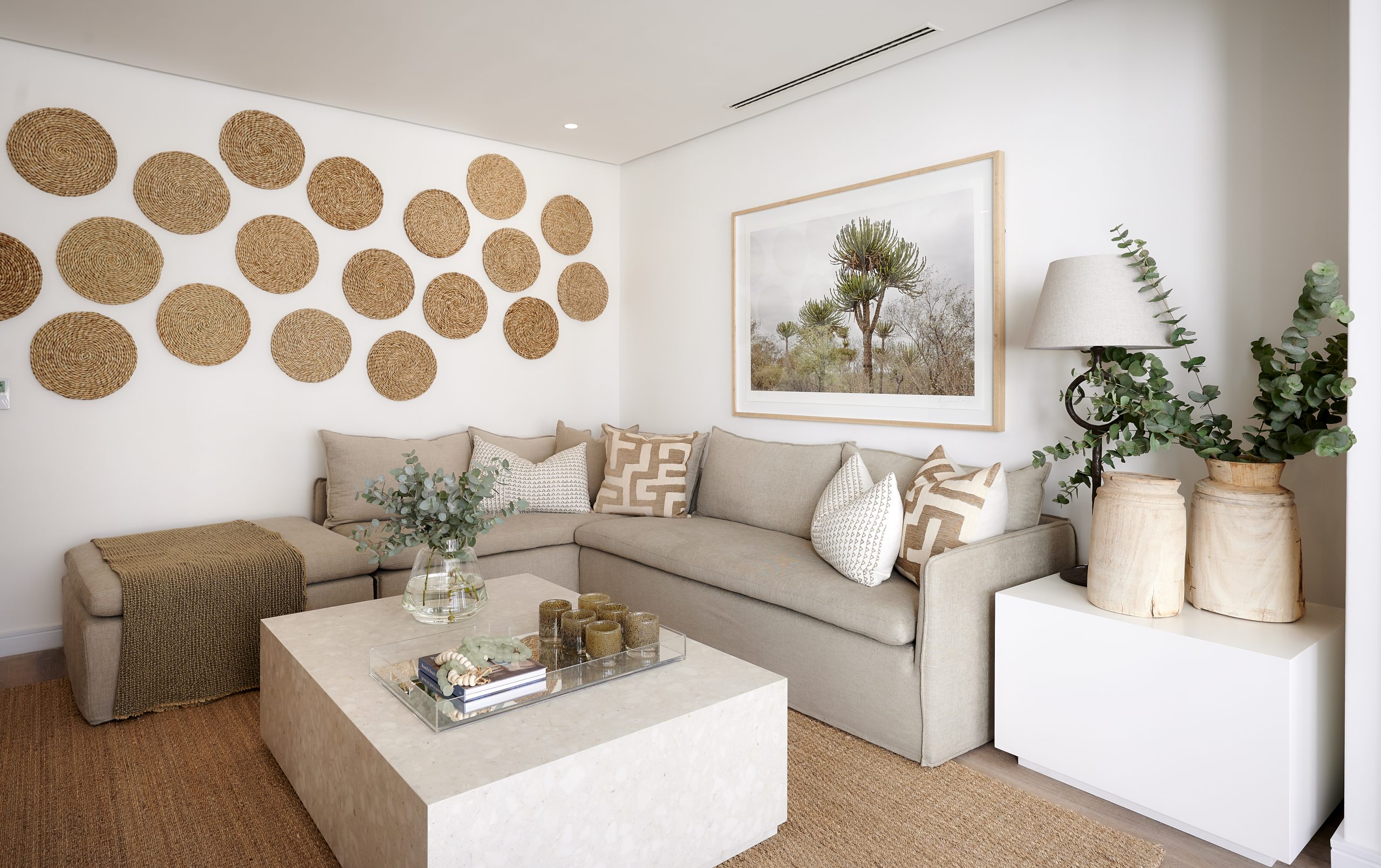 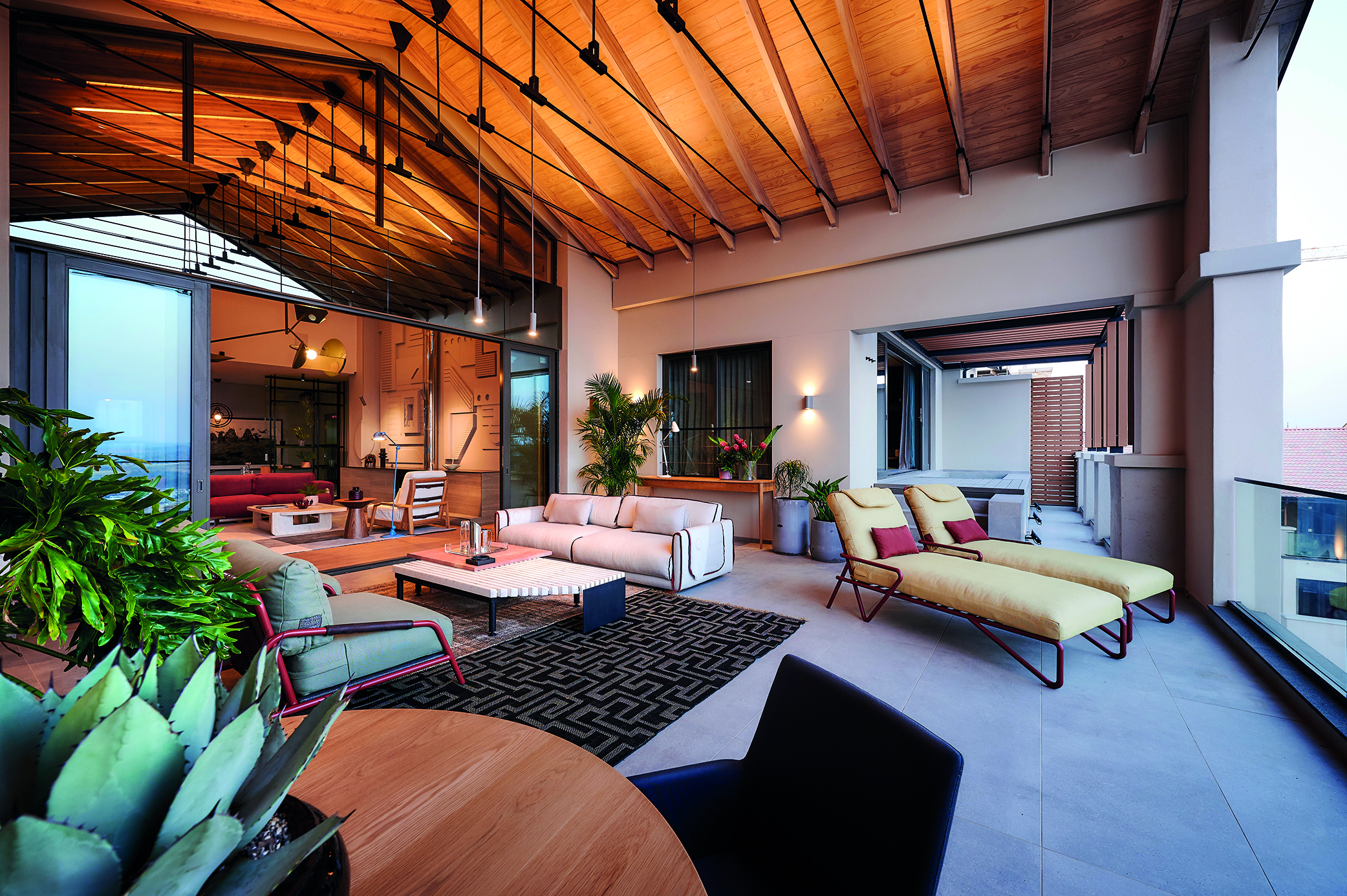