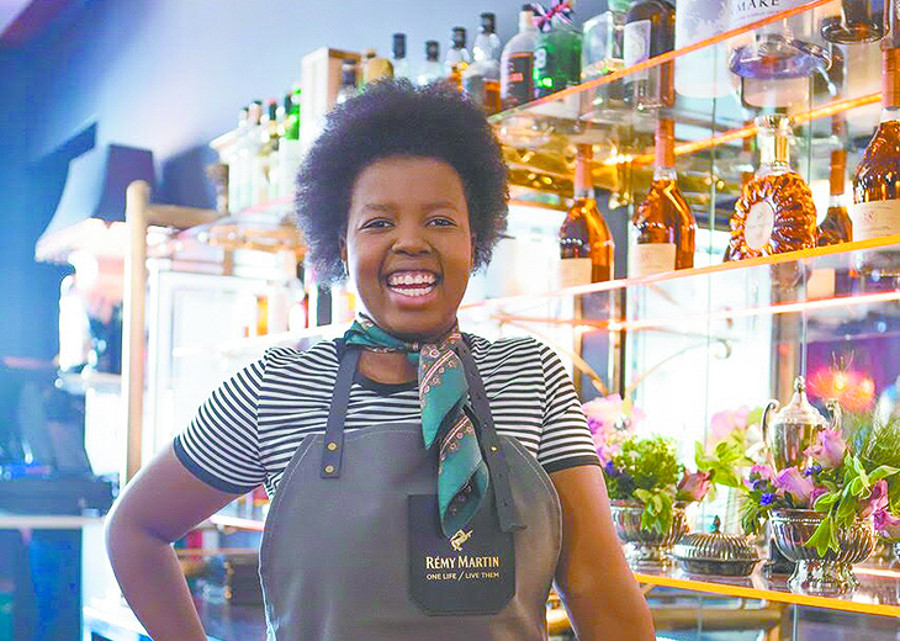 The cocktail game has changed. Bartenders have graduated to mixologists, and a proliferation of manbuns and twirled moustaches imbues cachet and credibility, indicating this is no longer a part-time job to earn bucks while studying towards something greater. Yet, somehow, women appear to have been largely left out of the industry’s metamorphosis.

That’s undoubtedly why Nkuli Khanyile attracts significant attention as she flares and mixes, particularly from young women who tell her they would never have considered the job as a possibility if they hadn’t seen her doing it. A number of brands have been quick to leverage her status as an industry trailblazer, requesting her presence at events and congratulating her for “representing a generation”, and her ever-increasing hoard of awards – including Bartender Newcomer of the Year at this year’s B.A.R. Awards, and her top 10 position in the Remy Martin Best Bartender Awards – is an indication of the industry’s esteem.

It’s all rather overwhelming for a 23 year old, who says that she’s “just a university student who started pouring drinks to earn a bit of extra cash”. Khanyile says she hadn’t realised she’d fall in love with the industry when she applied for a job at Molecular Bars back in 2015 – but, the chance to play with flavours – something she has loved doing since childhood – swiftly won her over. “At heart, I’m a chef,” she says, relating one of her earliest childhood memories. “I thought my plastic cooking toy was real, so I cooked it on my grandmother’s stove. There were melted plastic eggs everywhere.”

Mixing cocktails is no different to cooking up gustatory delight. “It’s just in liquid form,” she points out, and therefore good practice until she one day fulfils her dream of opening her own restaurant. Her signature cocktail? “I don’t really have one, although I love preparing shaken drinks – they really rile up the crowd. It’s exciting to see where the industry is headed. We now have a number of dedicated cocktail establishments throughout the country, giving us a platform to stretch our creativity. It’s also interesting to see where experimentation is taking us. I love the fact that savoury tastes like parmesan are being incorporated into cocktails, and that South African flavours like milk tart and naartjie are starting to come through.”

Khanyile maintains that her femaleness isn’t going to remain a novelty for much longer, as there’s an emphasis throughout the industry on bringing more women on board. “Although I never set out to change things, it’s an honour to think I may have played a role,” she concludes.