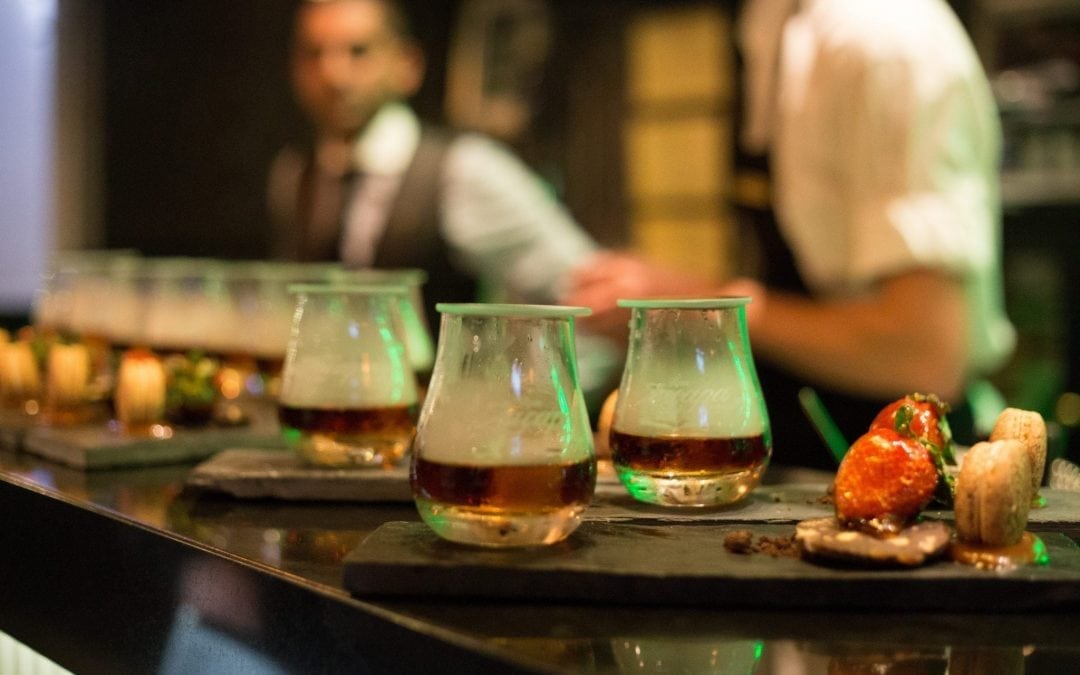 In 1862 American barman, Jerry Thomas, published a bar tender’s manual and within it a recipe for the first flaming cocktail, a Blue Blazer. It’s the first recorded instance of flair bartending and involves mixing scotch with boiling water in one mug and pouring it at arms height into another mug, and repeating, to create a theatrical boozy, and potentially arm-scalding flaming waterfall. It’s over 150 years later and this method of bar tending continues to light up bar counters around the world (and not just the drink, in cases when handled by amateurs.)

There are two places and a handful of craft cocktails in Durban that are worth experiencing, if you are looking for beverage pyrotechnics. At Tall Ships bar in the Southern Sun Elangeni & Maharani Hotel ask the head barman, Justin Sewpershad, for a Zagroni. This is a twist on the classic negroni and is barrel-aged on the premises, then served beneath a smoke-filled cloche. It’s a cinnamon-infused vapour that enhances the woody aromatics of the drink while maintaining a sophisticated air, quite literally, with its presentation. If you are feeling particularly courageous, you should order the flaming absinthe, an ignited martini glass of absinthe, Stroh Rum and Sambuca that will sprout hairs on your chest before promptly singeing them right off. A taxi home is a must.

Pull up a plush black-leather seat at Harry’s Bar in Umhlanga and order one (or more) of their speciality ignited cocktails. They serve four signature flaming cocktails, and amongst them is the popular Asian Fusion. Lemon grass & ginger tea leaves are flash-infused with gin and vanilla syrup using a naked flame, and then atomised with Pernod, strained and topped with tonic water. Frida’s Revenge is a cocktail of tequila and homemade cinnamon and clove syrup, spritzed with a citrus zest that is sparked to ignite the drink, then poured flaming into a chilled glass with muddled fresh orange and treacle sugar.