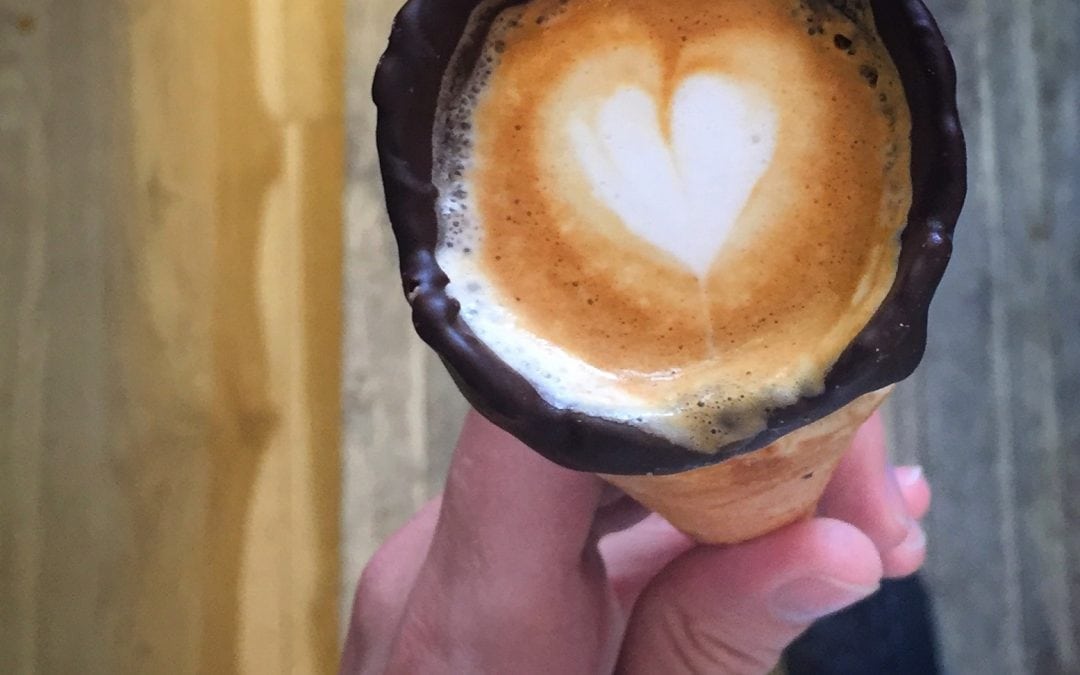 Dubbed the most instagrammable coffee on earth, #coffeeinacone is the tastiest and trendiest way to be seen on social media

If you’re someone that lives on social media (something that many of us are guilty of), chances are you’ve come across #coffeeinacone before. Dubbed “the world’s most instagrammable coffee”, coffee in a cone is a concept developed by South African Dayne Levinrad right here in Joburg, and which has taken the world by storm. 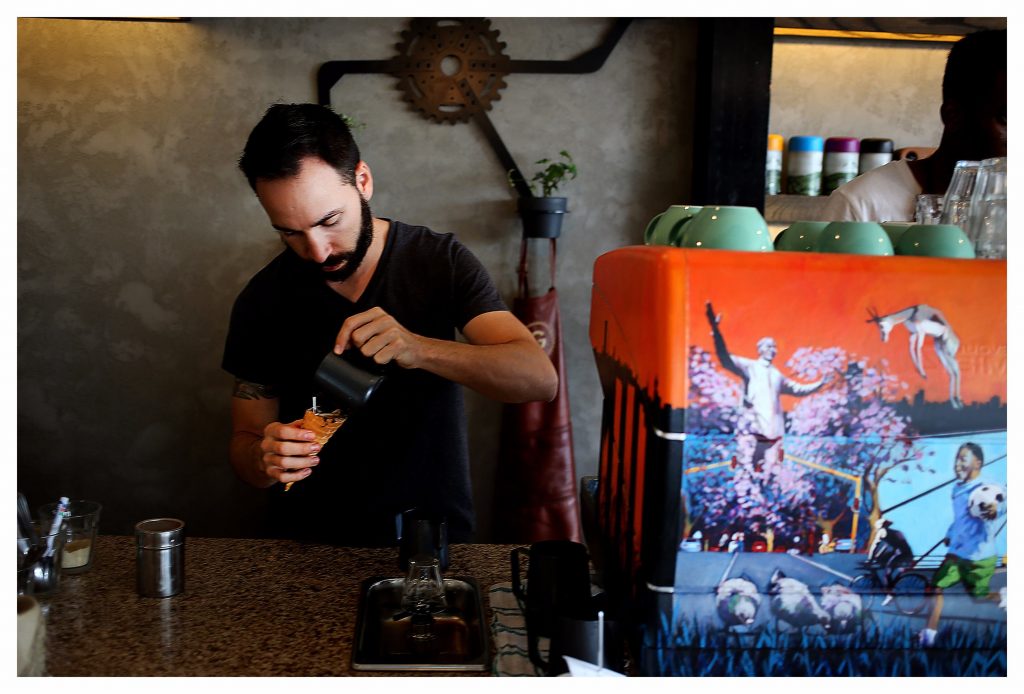 Coffee in a cone is just what you’d expect it to be: a cappuccino or espresso served in a chocolate-coated waffle ice cream cone. Having worked abroad as a coffee consultant and digital marketing executive, Dayne mastered his coffee skills and wanted a way to bring some much-needed innovation and excitement into the global coffee industry. Looking for a product that would bring people through the door of a new concept coffee shop and create a buzz, Dayne married his two greatest passions – coffee and digital marketing – to create a product that looks just as good as it tastes, so that customers couldn’t help but share their experiences on social media. Since its launch at The Grind Coffee Company in Melrose Arch, the hashtag #coffeeinacone now has over 3,000 posts on Instagram, and is available to buy with partners as far as Hong Kong, London, Canada, Greece, Australia and Poland. 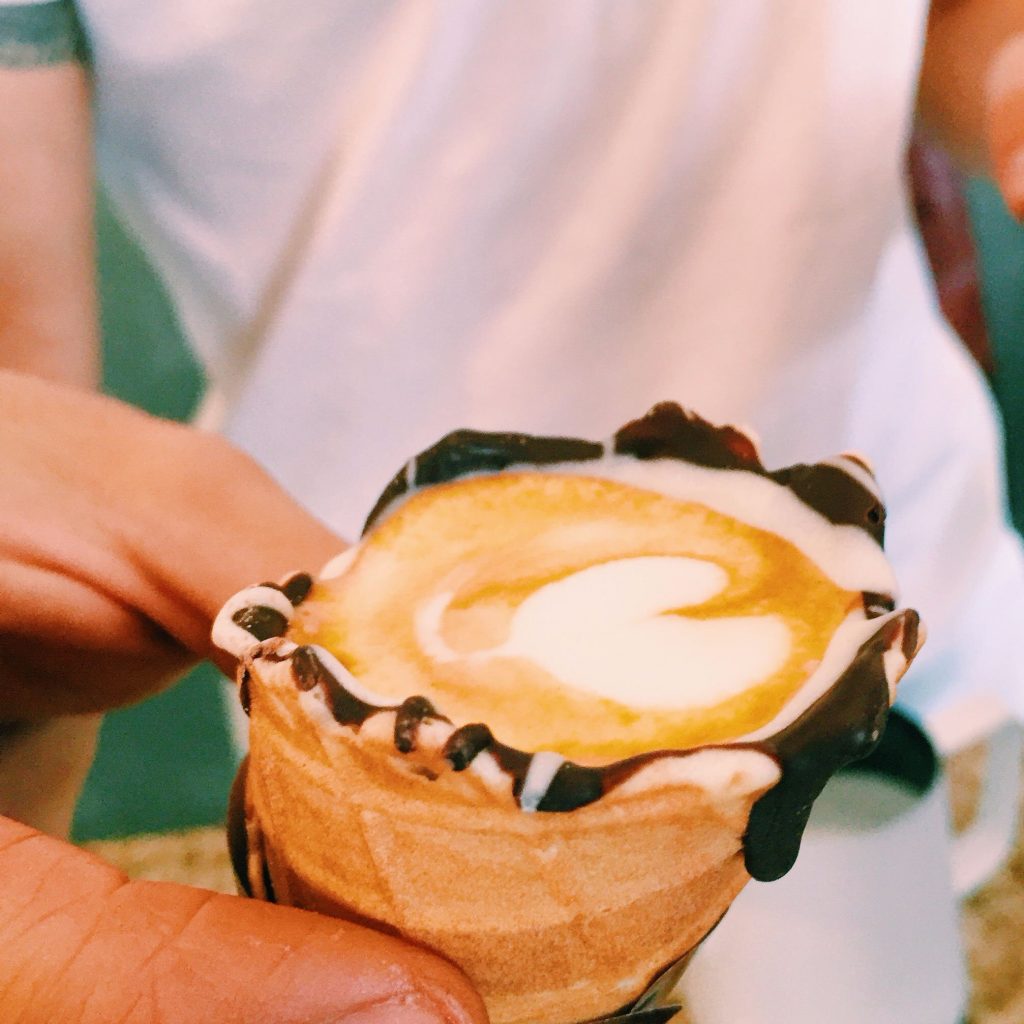 It’s a concept so delicious and exciting that it’s incredible that it hasn’t been thought of before. But rather than just being a good idea, #coffeeinacone is a product that Dayne put a lot of time, effort and research into. The special chocolate compound that coats the inside of the cone is made from various types of cacao and was extensively researched to ensure it wouldn’t leak or melt immediately. From the time of pouring, customers have around 10 minutes to drink their coffee before all the chocolate melts, though the coffee is so delicious that you’ll be lucky if it lasts 10 minutes anyway. 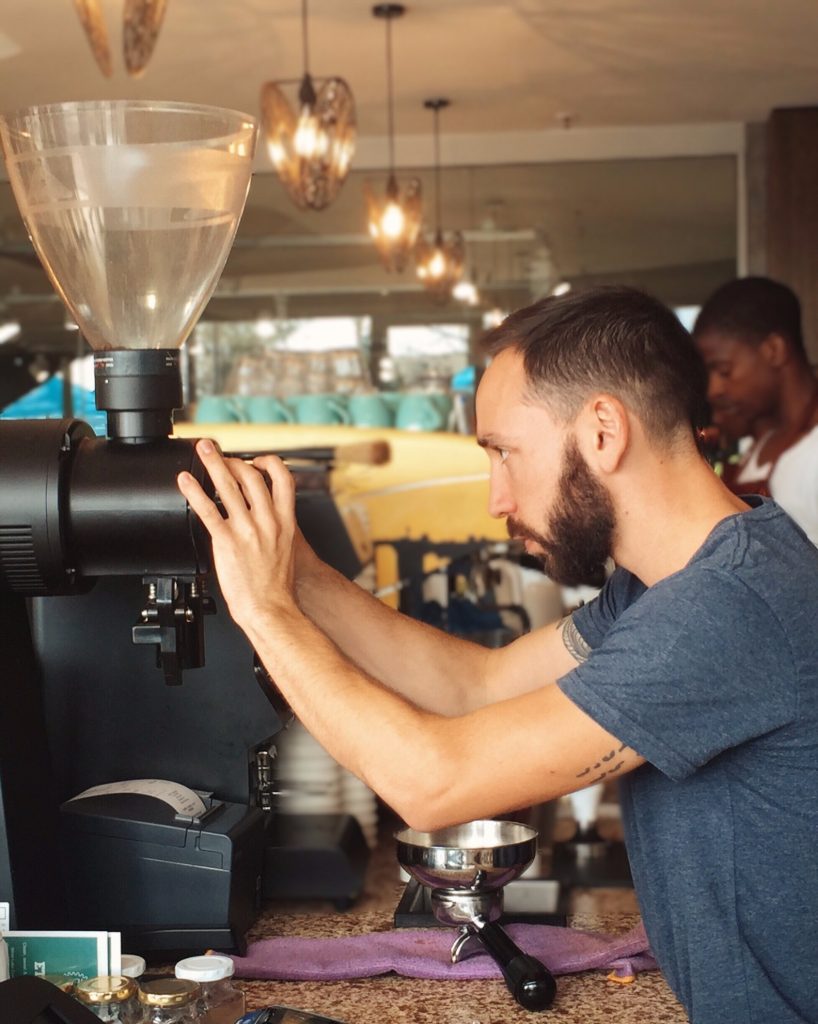 Bringing together the intense nostalgia of eating ice cream as a child and the joy of drinking coffee with a developed adult palate, #coffeeinacone is a trend that’s likely here to stay.