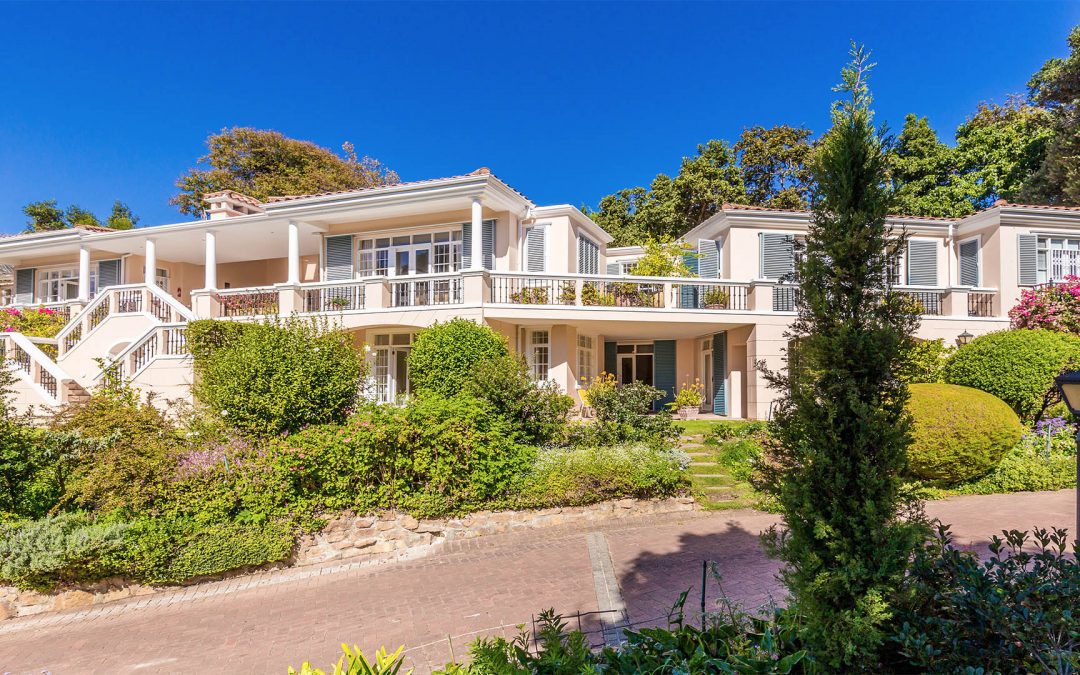 Despite sluggish sales during 2020, interest in the luxury residential market has surged over recent months. According to Andrew Golding, chief executive, Pam Golding Property Group, much of this demand has been driven by local buyers who have identified specific areas of interest and understand that the current market, characterised generally by motivated sellers and well-priced stock, presents opportunities which offer exceptional value for money.

The increased movement in this sector has been vigorous in the Western Cape. Bishopscourt in Cape Town has experienced much growth after a slow 2020 with buyer-interest, enquiries and sales currently spiking. Barbara Manning, veteran agent and area specialist for Lew Geffen Sotheby’s International Realty, recently brokered three sales in just six weeks and enquiries continue to rise. “There were very few enquiries and even fewer sales in 2020. However, towards the end of the fourth quarter we noticed the first spark of revival and the market has since improved at a steady pace,” she says. 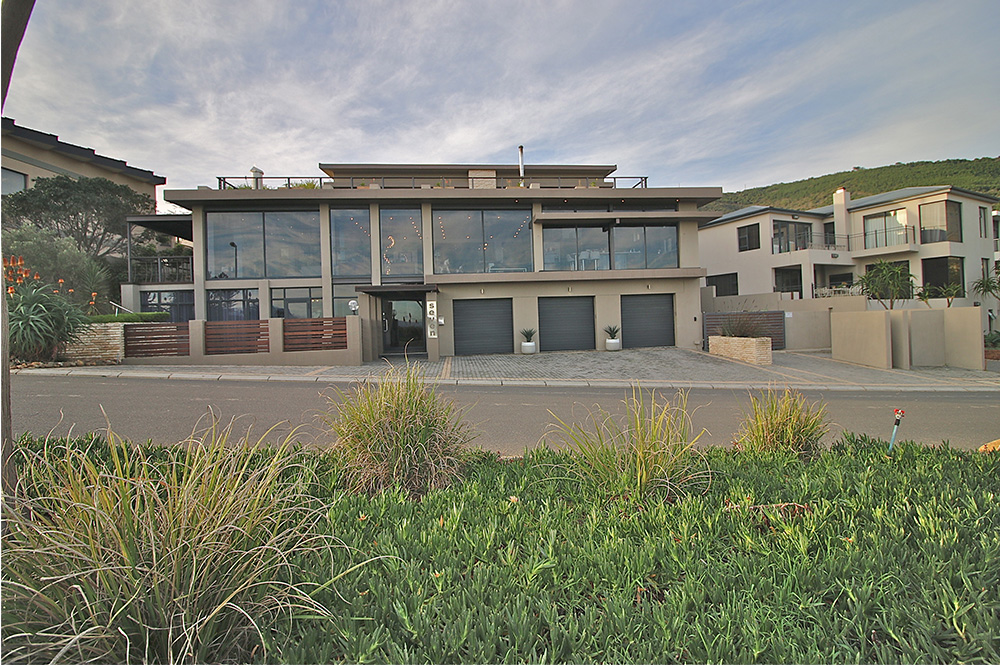 According to Lightstone data, there were nine house sales recorded in Bishopscourt in 2019 and only four sales in 2020. Now with ten sales already concluded by the end of July this year, the seismic growth is evident. “Bishopscourt has long been regarded as one of the best addresses in South Africa as well as one of the most resilient markets. However, the pandemic has proven that no market is invincible and when the top end of the market came to a grinding halt last year, Bishopscourt was no exception. That said, the market’s quick recovery is a clear indication of its strength and resilience and Bishopscourt’s inimitable appeal,” says Manning.

Golding says freehold homes have benefitted from lockdowns and the shift to remote working as there has been 6% price appreciation since the start of the year (January to April) compared to 3% for sectional title homes. The upswell for freehold homes can also be seen in gated communities. The demand appears to spread across Cape Town from Constantia to the southern suburbs. “We’ve also seen a notable increase in demand for properties listed above R10m on the Cape’s globally renowned Atlantic seaboard, particularly prime real estate in upmarket Camps Bay and Clifton, where recent high-end transactions concluded by our agents extend to homes achieving individual prices of R70m,” he says.

Pam Golding Properties area manager Pierre Nel has seen similar growth in Plattekloof in Cape Town’s northern suburbs. “Typically, luxury residences recently sold include freehold houses in security and lifestyle estates or more spacious homes in areas such as Plattekloof, where upmarket Baronetcy Estate with its modern, newly built homes in a secure, gated community is proving popular. Prices of sales which we’ve concluded in Baronetcy Estate range from around R10,5m to in excess of R60m,” says Nel. Demand in the luxury residential market in the Western Cape is not entirely localised. Many buyers are from Gauteng and KwaZulu-Natal while some are from further afield, including the USA and the UK. 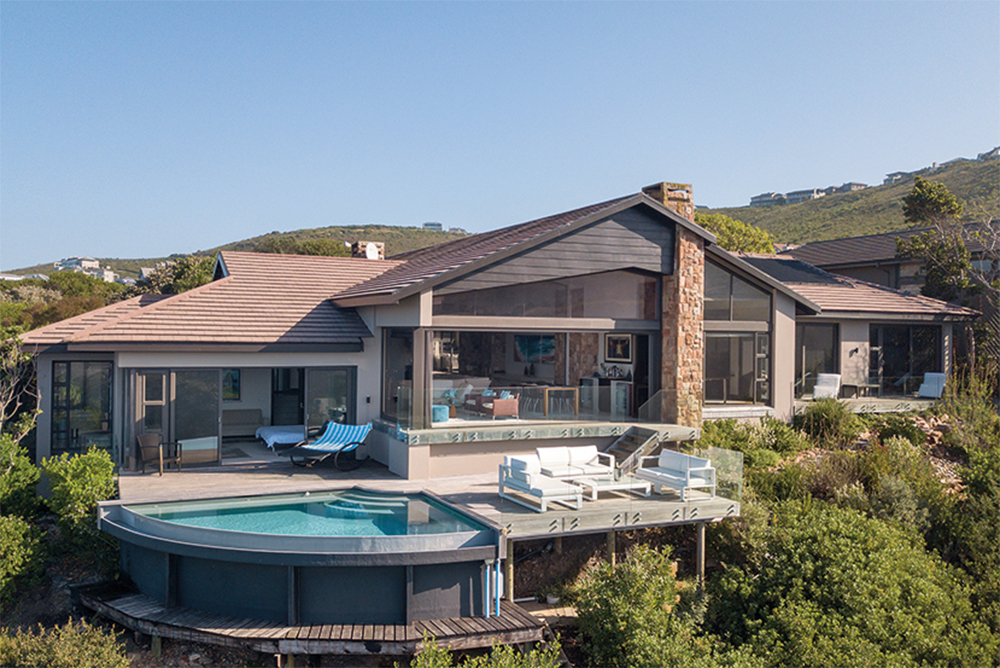 Luxury secure estate living is also taking hold on the Cape’s western seaboard as Atlantic Beach, Water’s Edge Estate, Waterstone Isle and Sunset Links become increasingly popular with buyers. Emarie Campbell, area principal, Pam Golding Properties, says Atlantic Beach Estate with its links golf course and relaxed lifestyle, and Water’s Edge Estate with modern architecture and a convenient lock-up-and-go lifestyle right on the beach with magnificent views of Table Mountain and Table Bay, resonate with family and other buyers seeking a secure way of life in attractive surrounds. There is also robust activity in Knysna and Plettenberg Bay, with a particular demand around the R10m to R15m mark.

Golding notes that in the apartment living genre, penthouses are highly sought after. This is largely due to their nature and being limited in supply. “As a result, they yield good returns on investment, in our experience enjoying a premium of some 20% to 25% over other apartments in the same building. They are luxurious and spacious, usually with the very best finishes and features such as large windows with abundant natural light, expansive patios, private swimming pools and, importantly, offer privacy, often with their own elevator and entrance. Penthouses, such as those in Cape Town’s V&A Waterfront, can fetch over R40m,” he says.

Exclusivity is key and Dogon Group Properties is heeding the call with an exciting new development, 26 De Longueville, which is situated in Fresnaye, Cape Town, between Sea Point and Lion’s Head. Consisting of only four ultra-luxurious apartments that each take up an entire floor of a boutique apartment building and priced between R15,25m and R17,995m, it’s pure opulence in a prime location. Set to be complete in August next year, it features designer kitchens and spacious dining and lounge areas and offers grand inner city living. Paul Upton, head of developments, Dogon Group Properties, says 26 De Longueville has a distinctly international feel that’s in tune with global trends and influences. “More buyers are looking for exclusivity when it comes to their homes – they want a home that is distinctive, unique and bespoke. The highly limited number of apartments within 26 De Longueville deliver exactly this for discerning buyers,” he says.

Activity isn’t limited to the Western Cape as movement in the upper price band in Gauteng has also heightened. Lambert Bezuidenhout, Pam Golding Properties area principal in Steyn City, says the majority of their sales are around the R20m mark for completed houses, with sales of more than R35m not uncommon. “However, while land is still available from just more than R3m, many purchasers then make a further capital investment in luxurious high-end homes which may ultimately enjoy a market value in excess of R60m. Our 14 highest recent sales, all except one, were to South African buyers,” says Bezuidenhout.

Exclusive northern suburbs in Johannesburg such as Sandton, Sandhurst, Westcliff, Bryanston, Morningside and Hyde Park have also been enjoying steady growth in the luxury residential market as sales transactions for freehold, primary residences, ranging from more than R10m to more than R30m, have been recorded.

Durban North and uMhlanga in KwaZulu-Natal are also seeing movement split between sectional title schemes on the beachfront and freestanding homes in and outside of estates. Further north in the Ballito area, in Zimbali Coastal Estate and Simbithi Eco Estate, homes valued at more than R18m are changing hands. 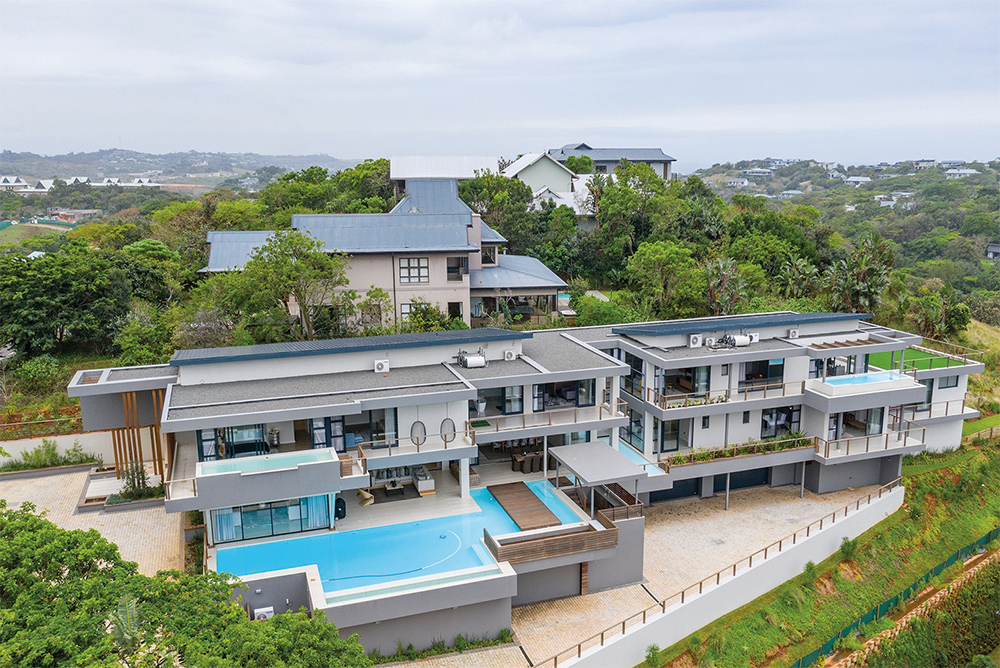