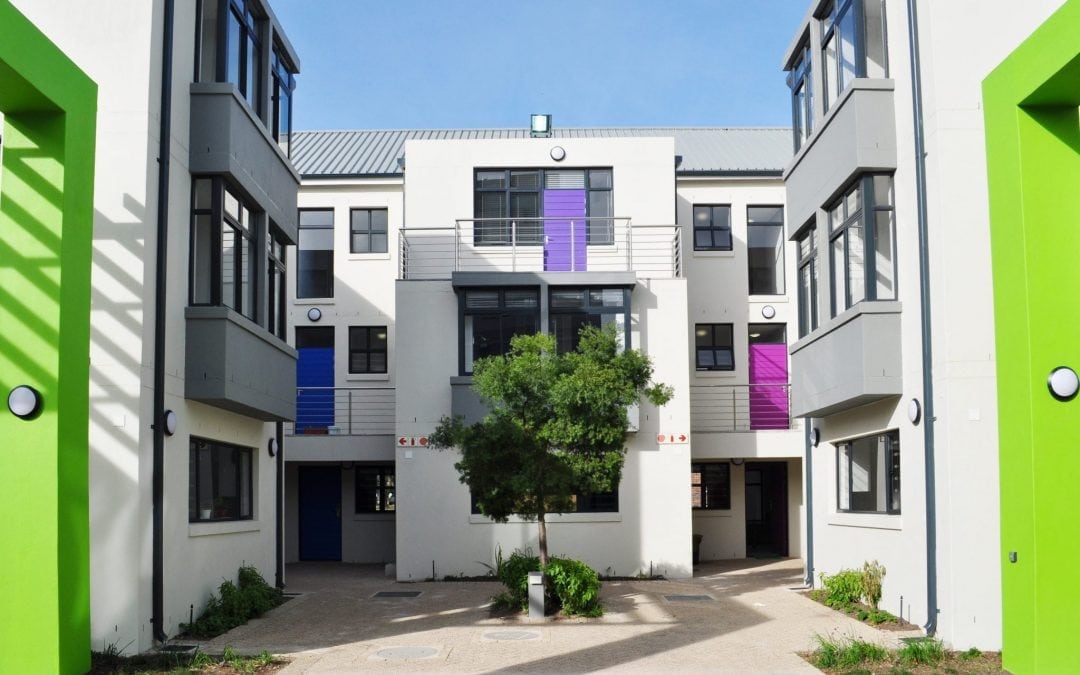 There’s a big move towards a sense of community – in malls, in residential areas and even in office enclaves. As Luke Scott of Luke Scott Architects in Cape Town says, buildings can provide wonderful backdrops to interaction “beyond being merely programmatic, such as providing functional accommodation”.

Scott says the idea is to create meaningful spaces in between buildings for respite, protection from sun, wind or rain, interaction, observation and participation. South Africans are returning to cosmopolitan urban living whereby they engage with people on the street and can safely ride a bicycle or catch a bus or train to work.

Scott’s most recent design, a sports pavilion, alumni centre and a museum/archive at Bishops Diocesan College in Rondebosch, was intended as a convivial courtyard and primary outdoor meeting space for the many users of the development. “Paths will cross there. If that creates the opportunity for chance interactions between wildly different people, I’d be very pleased.” 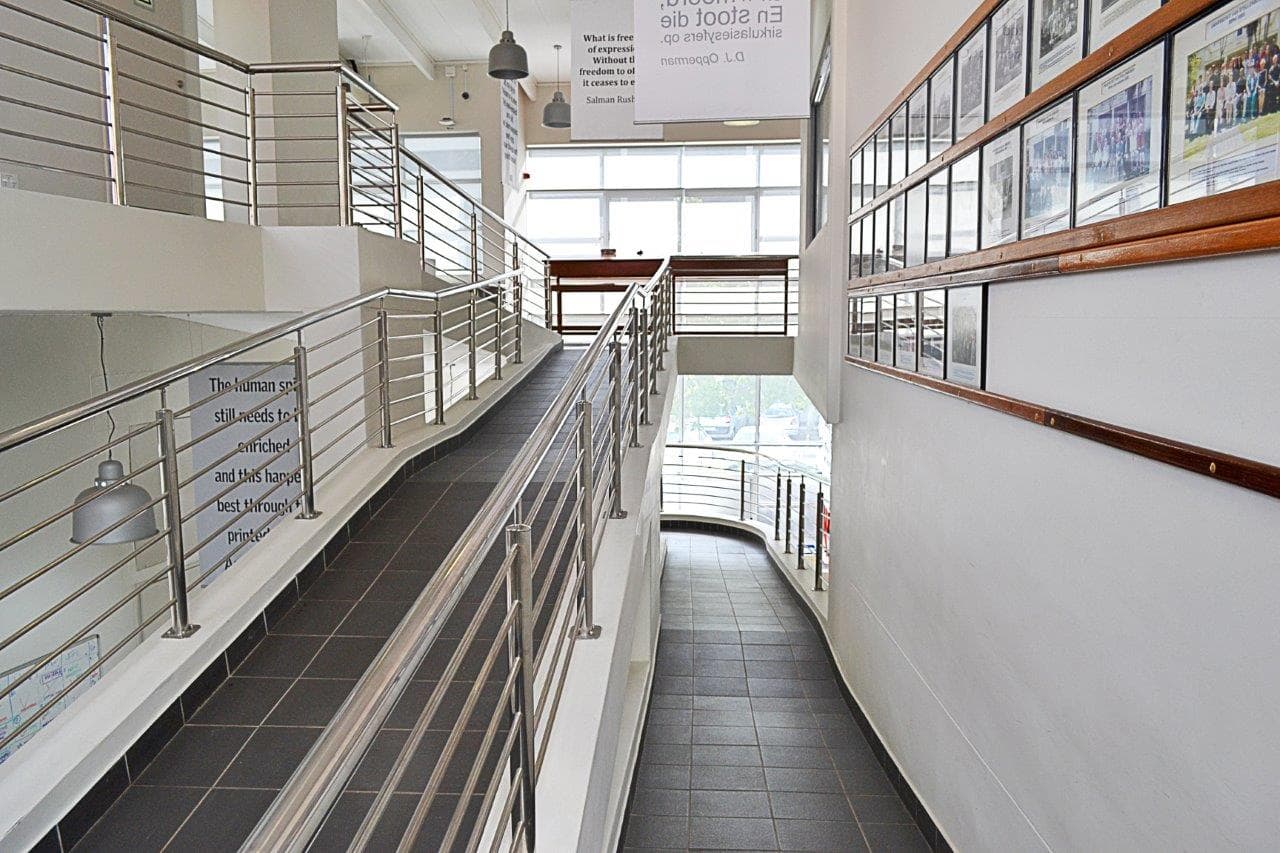 According to Boets Smuts of Smuts & De Kock Architects in Stellenbosch, future developments will steer away from predictable “one size fits all” design sensibility. Fads such as Spanish, Tuscan or even “Cape architecture” often left very little to the imagination so long as they adhered to the design manual’s “rules”. These types of buildings are bound to become a thing of the past, especially in housing developments, says Smuts.

Examples of unique, customised and future-driven developments include Belvidere Estate near Knysna and Vredenburg Estate in Paarl. “These developments were sensitively controlled and their design manuals provided broader guidelines, allowing owners and designers to put their own special trends on it,” says Smuts. 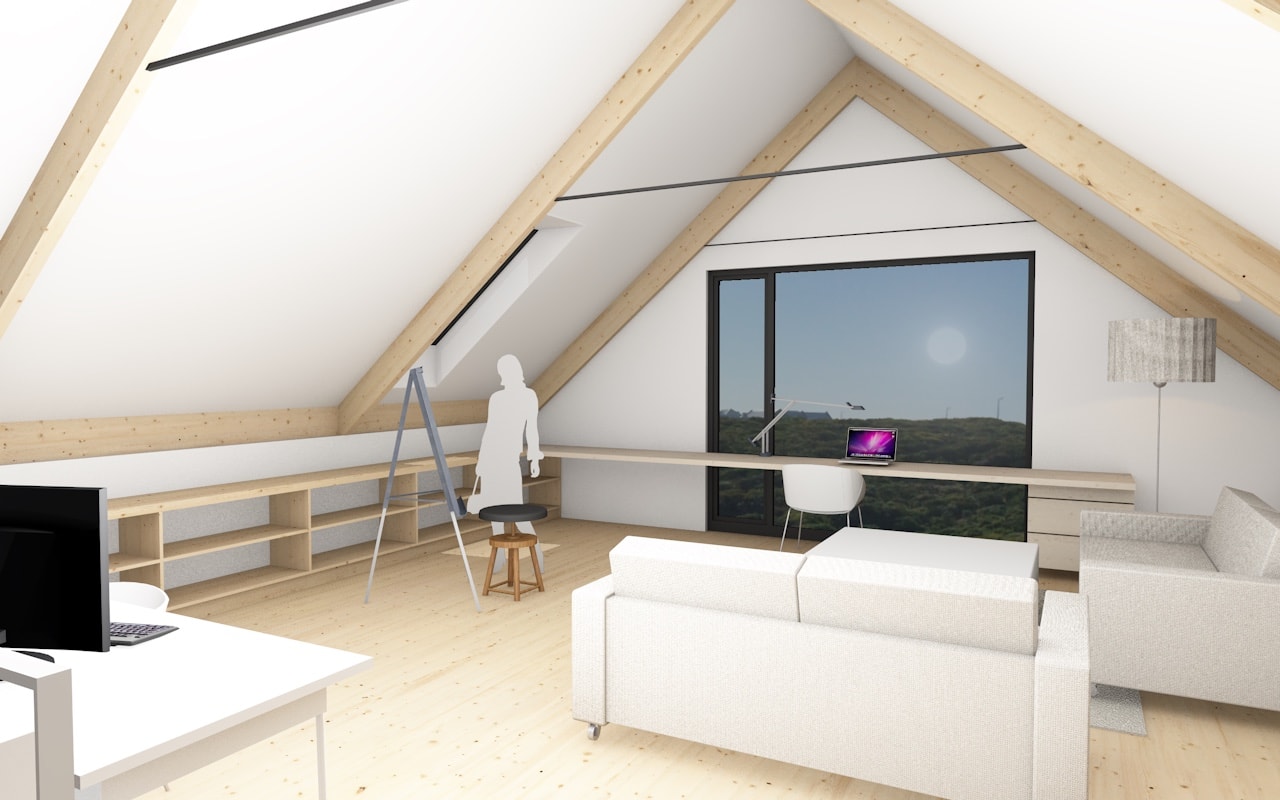 In the suburban sector, there is a surge in middle-income residential housing developments that feature reasonably sized units, great amenities, easy access and security, says Peter Fehrsen, a director at dhk Architects in Johannesburg. These developments, such as De Velde in Somerset West, echo the public’s growing sense of community. “They’re not simply places to live in and leave in the morning, but offer recreation too,” says Fehrsen. “There’s a consciousness about street edges and communal responsibility.”

Mark Finney envisions a bold new tomorrow when it comes to carbon-zero homes, off- grid designs and on-site power generation. He represents Fabricate Design, a partnership of architects and urban designers in Cape Town. Becoming carbon-zero is a global phenomenon because of people’s growing awareness of sustainable design and their investigations into ways to reduce their energy bills.

“In SA we also have the incentive of load shedding, which is pushing people to look for alternative ways of keeping the lights on,” says Finney. As sustainable technology advances and becomes more affordable for everyone, Finney sees this trend taking off in a bigger way, with further aid via government subsidies.