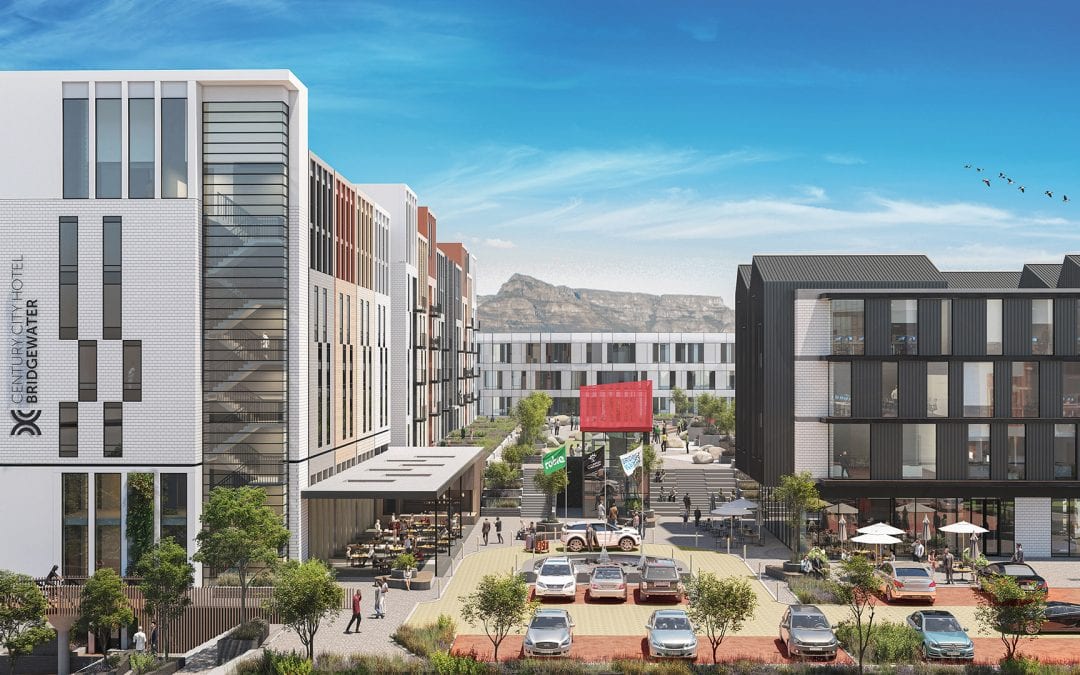 Leading developers are invigorating the market with game-changing energy

In a market that currently favours first-time buyers and property investors, game changing developers are making strides to meet the demand, particularly in the residential sector. Between record sales and constant innovation and agility in an ever‑changing market, the general sentiment seems to indicate a positive market outlook – with exciting upcoming projects to boost.

Enjoying a successful year, including 15 active developments with units currently for sale, and a few more developments due to launch later this year, Craft Homes offers a variety – their most common being two- to four-bedroom duplex homes in sectional title developments in a range of affordable prices. These turnkey property developers have been making quite an impact, largely due to keeping a close eye on the market. Jessica Cabanita, marketing manager, Craft Homes, says that while it was initially quite an adjustment and challenge to digitise their sales processes to accommodate some of the limitations imposed by the various lockdowns, they have now sold 1,500 homes purely online.

“We launched a development in Broadacres with 84 free-standing houses, all around the R2m mark and sold them in 65 minutes, all online without a brick laid on site. On 24 June, we sold 18 free standing homes in Bryanston at an average of R2,5m in six minutes, all online,” says Cabanita. Craft Homes’ formula has been to research the market effectively and respond accordingly. Cabanita believes that having the right prices in the right locations, and ensuring that they’re actually building what they’ve sold, is one of the keys to their success. 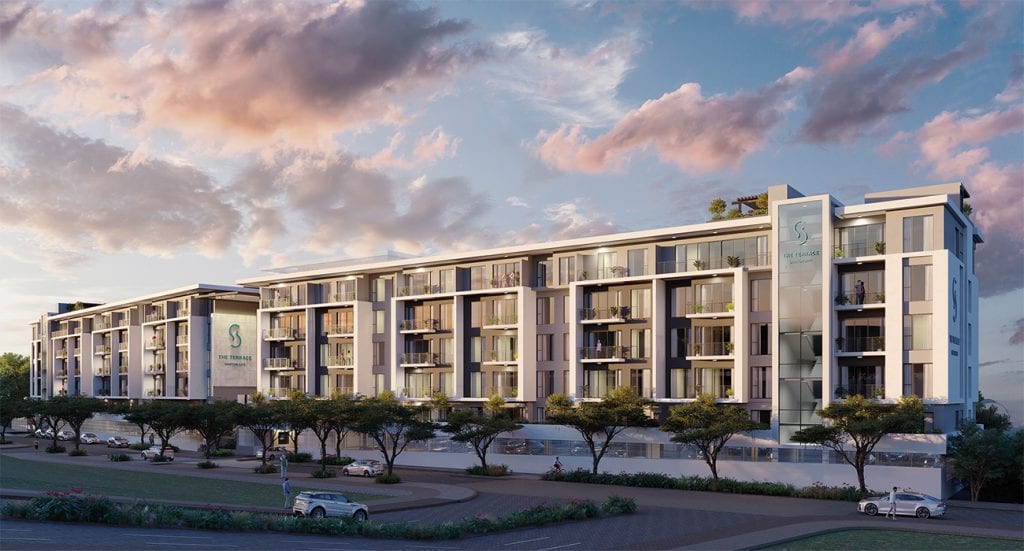 Rabie Property Group has a dynamic development portfolio spanning 43 years, one of the most significant being the establishment of Century City in Cape Town. Alongside having the Century City Property Owners’ Association, it has become a smart city and is indeed a game changer. Director Miguel Rodrigues says they’ve been ensuring that it’s a world-class place to work, live and play. “Since becoming the main developers in the early 2000s, we’ve been able to incorporate beautiful living spaces across various residential developments, an office and leisure precinct where our Century City Conference Centre and Hotel spills out onto an urban square surrounded by offices, restaurants and much more.”

They’re currently working on the redevelopment of Ratanga Junction. “We’re creating a space with an expansive water system with several islands and green spaces, surrounded by phased developments with different residential offerings. The first of the developments overlooking the water body is Bridgewater One, a mixed-use scheme which includes a hotel, apartments, offices and retail spaces,” he says.

They’ll also be including a retirement development as part of this offering. Their retirement brand, Oasis Life, and the Clara Anna Fontein Lifestyle Estate outside Durbanville, are also gaining traction. Rodrigues believes people tend to buy where they see value, so he remains positive about the market and is excited about the projects in the pipeline. They also benefit from the rapid adoption of digital property shopping. One of the key successes of the group is their emphasis on creating an entire living experience. “Homes are where people live, dream and grow. We want to make sure we produce quality homes that allow their inhabitants to thrive and love where they live. It’s for this reason that we think there’s always a market to sell to,” says Rodrigues. 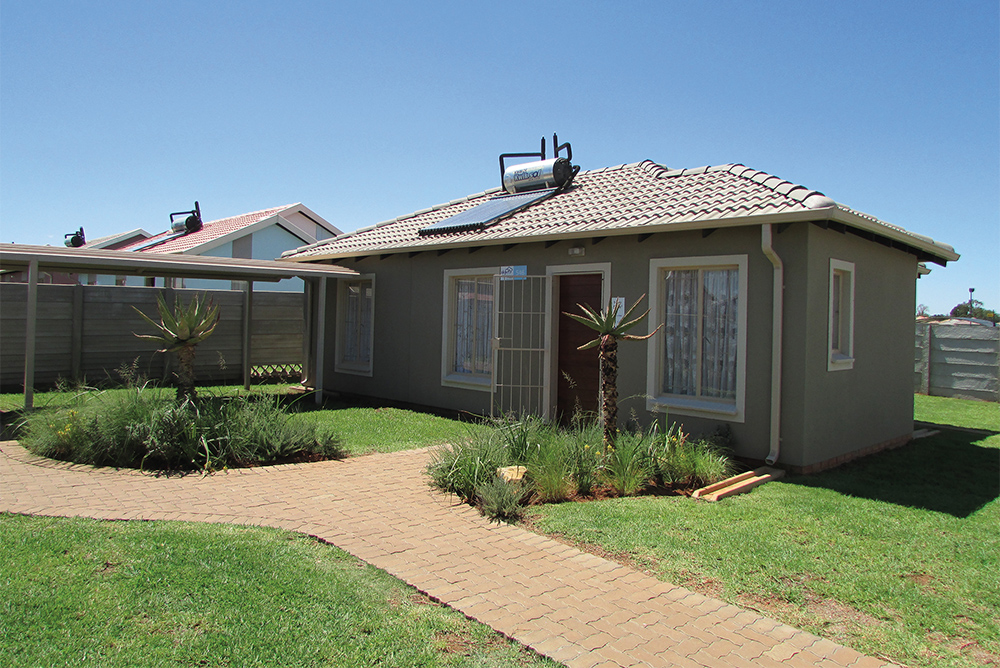 The reduction of the interest rate last year, among other factors, has led to a surge in the first time buyer sector of the property market. The affordable housing market, therefore, has enjoyed a spike in sales. As one of the foremost developers in this sphere, Cosmopolitan Projects has been creating comfortable and connected living, and moving at least 3,000 units (rental and sales) per year.

Head of communications Alda Erasmus says this has been a beyond favourable sales season for them. “Last year was our best year ever, and 2021 has also been performing well. We haven’t seen a significant slowdown and continue to see good results,” she says. With an emphasis on providing connecting cities with an array of lifestyle amenities across Johannesburg and Tshwane, they’ve been at the helm of new affordable housing developments – some of which are mega mixed use projects and lifestyle estates.

One of the most notable is Sky City near Alberton, a huge development with immediate access to education and childcare facilities, retail, and recreation that includes jogging trails and soccer fields. The development also has fibre available, and units come with a solar geyser. “There aren’t enough developers in affordable housing, the demand far exceeds the supply. Many of our clients are nurses, policemen, government officials and military personnel who were earning a lot of overtime during lockdown. So we saw a massive spike when the interest rate fell,” says Erasmus.