Curves in all the right places

Inspired by the Bauhaus architecture of Tel Aviv, this bold, sculptural home in Fresnaye turns heads and leaves (almost) everything to the imagination

t’s rare to find an enlightened client with a yen for good architecture and the confidence to realise something eccentric and out of the box in an aesthetically conservative neighbourhood,” says architect Robert Silke of Robert Silke & Partners, who was commissioned to design this sophisticated 600m² home on Cape Town’s Atlantic Seaboard.

Owned by a family of blue-chip property developers, the house is located on a 700m² corner plot on busy Ocean View Drive. While a convenient, central location, it naturally presented an issue of privacy and the owners wanted to make sure that their family’s daily lives were kept away from prying eyes. But they also wanted an extroverted home, one that expressed their style and articulated their passion for architecture. 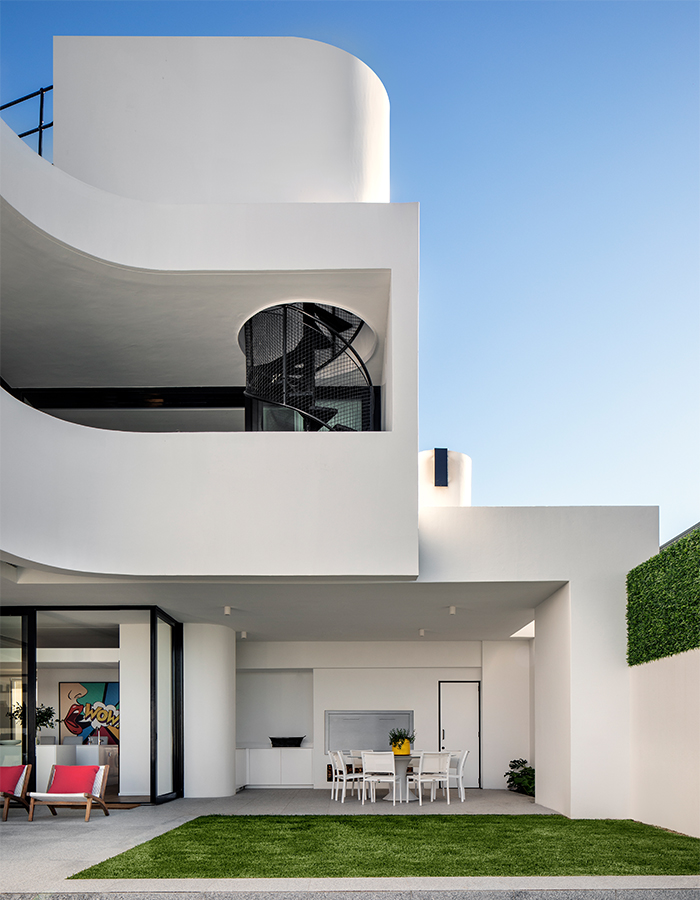 The resulting home balances these two contradictions beautifully. The house faces inward, its curved façade giving passersby a small taste of what’s inside, but its solid, reserved exterior reveals very little. Once through the door, though, the interior opens up, with generous, soaring volumes and space to show off the building’s smooth, sculptural form.

The house falls over two levels, with the living and entertaining areas on the ground floor, including the large covered wraparound terraces, pool and lawn. A dramatic stairwell reaches up from the entrance floor and connects both floors. “The entrance hall and staircase have the most exciting volumes and spaces, as one has long views across the split-level living areas and up through the double volume,” says Robert.

“This part also has the most dramatic light and shadow effects as the day passes, with jungle shadows creeping slowly across big white walls. There’s even a terrarium-like window into the tropical forest at the bottom of the stairs.”

It’s this “jungle” of established trees that led the owners to select the plot in Fresnaye, and Robert was tasked with retaining as many of them as possible – a decision that directly informed the design. “The building had to twist and dance around the roots and branches, which ultimately enhanced the drama of its sculptural form,” says Robert.

One of the standout architectural elements that he feels best expresses what his clients wanted is, surprisingly, the guest shower. “It’s cathedral-like in its proportions and is simultaneously the most public and the most private element of the house,” he says.

“The 4m high-volume shower floats another 5m up in the air and makes a solid and powerful half drum shape on the facade towards the busy main approach of Ocean View Drive. From the outside it makes for head-turning sculpture, and internally the double volume makes the shower truly experiential. A cleverly-placed vertical strip window allows the street to see nothing, while the guest sees ‘everything’.” 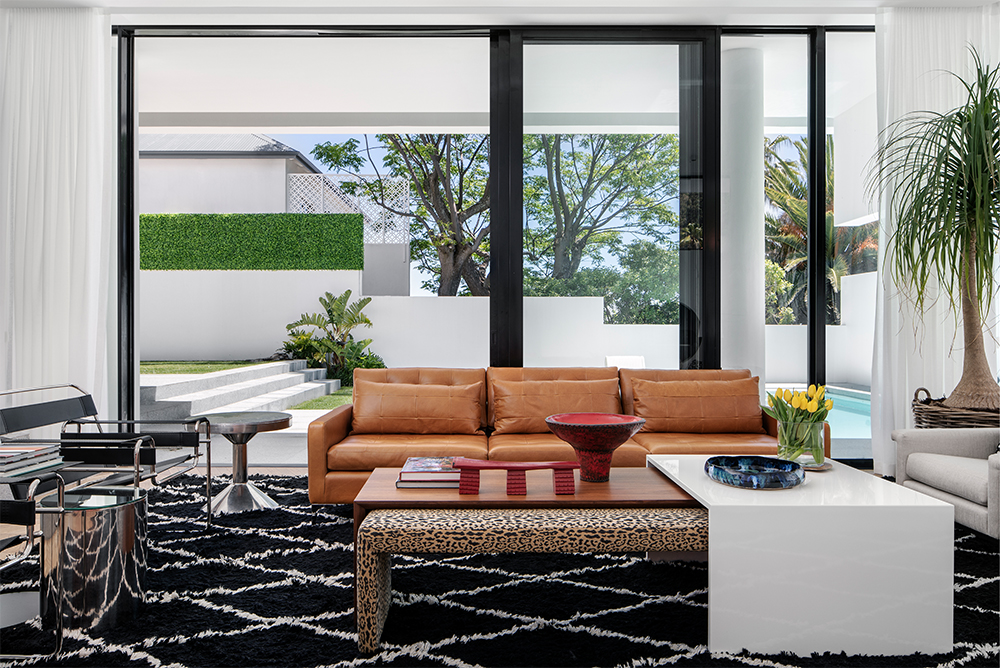 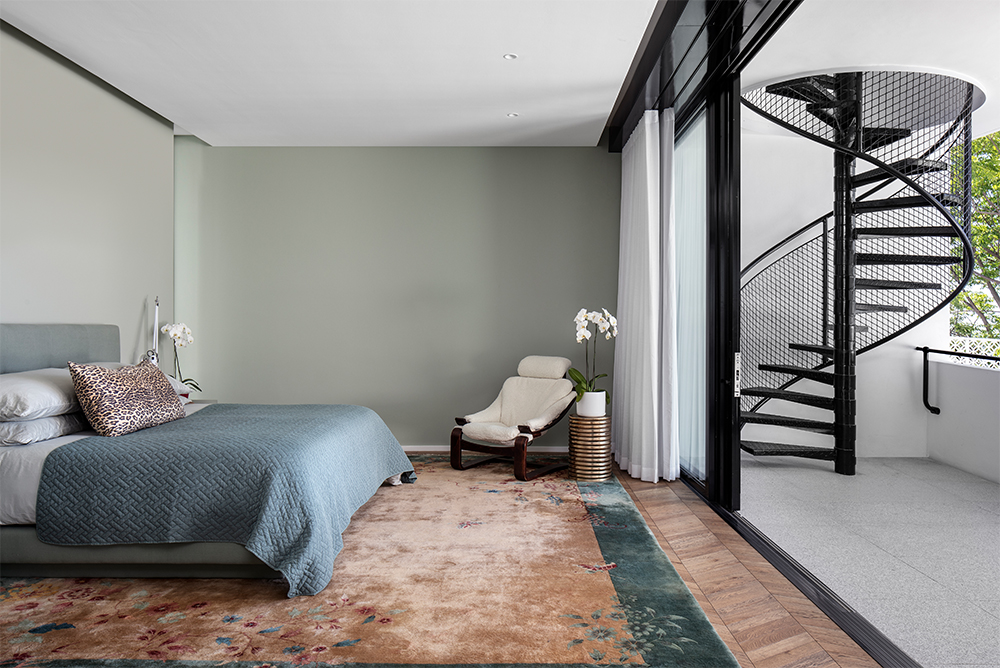 On the second level you’ll find the family’s four bedrooms and their shared terrace, with views over the suburb outside and down to the ocean.

However, one area is just for the adults – a rooftop vegetable garden, accessed via an outdoor spiral staircase, is safely kept away from the kids by lock and key.

The home’s interior furnishings and fittings are quite simple, with the ethereal building doing most of the talking. “To achieve a certain otherworldliness, the house could have no umbilical cords, and show no evidence of its own creation,” says Robert. “So we constructed the façade entirely in white smooth plastered concrete to obviate the need for joints or weepholes or other evidence of ordinary construction.” 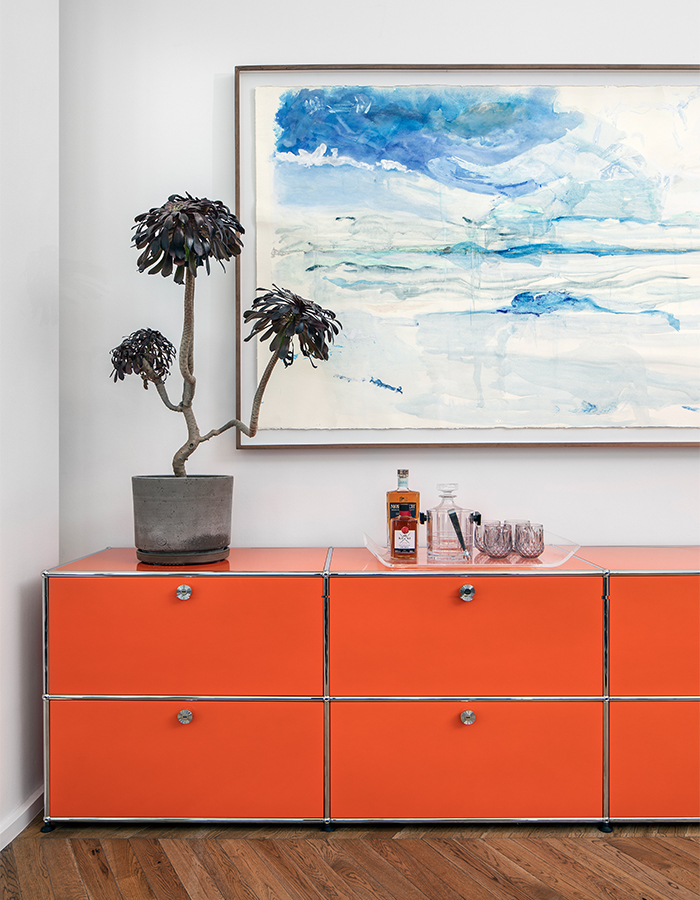 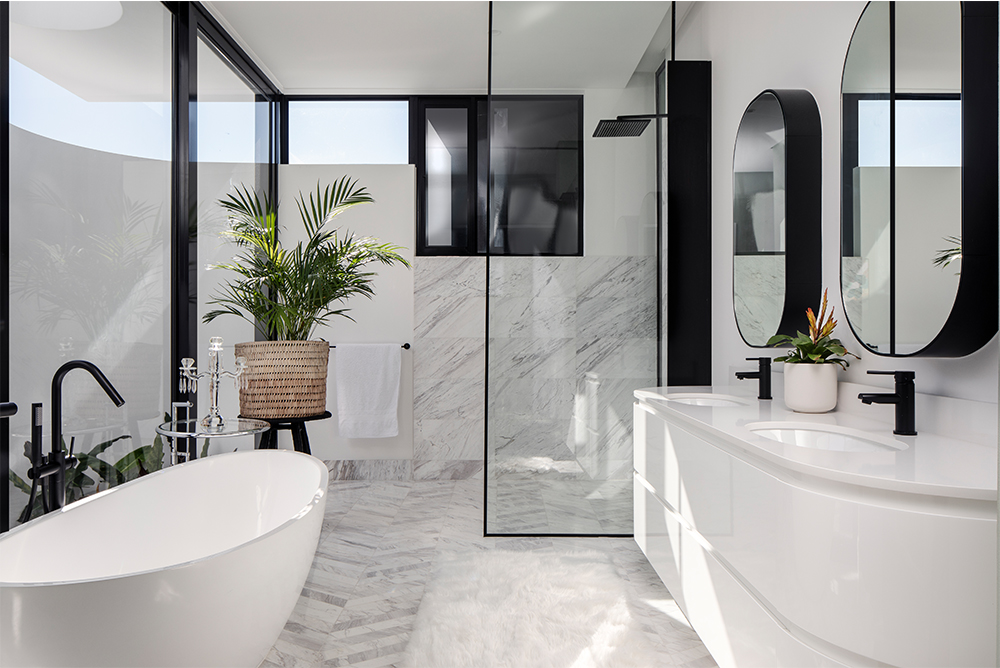 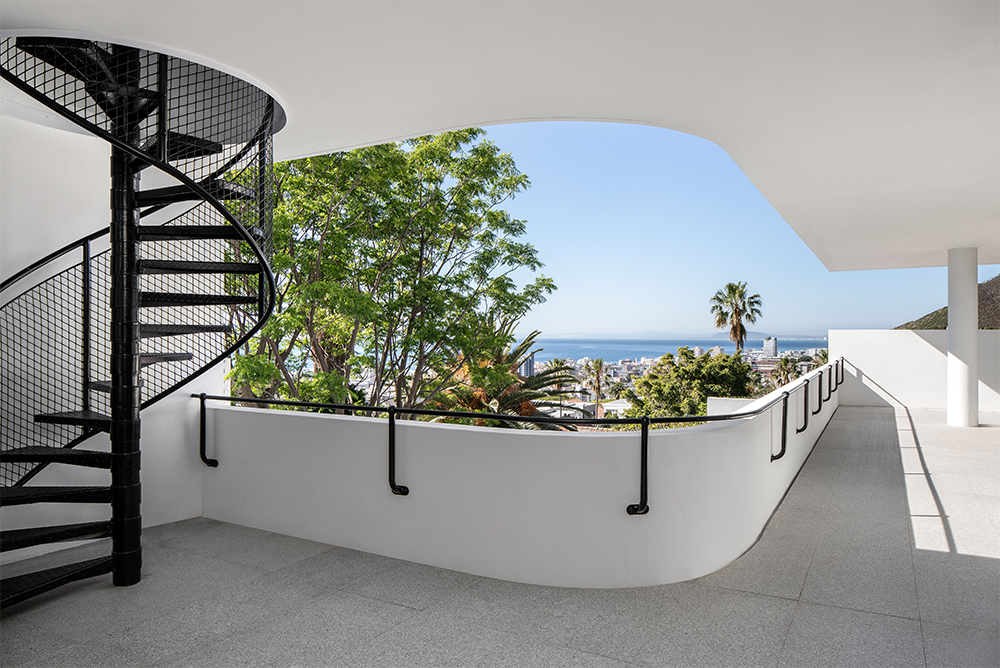 Ready for the spotlight8 November