Green homes are a better buy

Residences equipped with green technology, especially energy-saving systems, are becoming more sought after and for more reasons than you may think

espite its massive solar potential, South Africa’s electricity tariffs have increased by more than 510% between 2007 and 2020 – with a further 15% spike in tariffs since April this year. Similarly, the average municipal water tariffs have soared by almost 1,300% between 1996 and 2020.

It therefore comes as no surprise that homebuyers are keen for their new homes to include energy‑saving devices to help ease the financial pressure on their monthly budget. What homebuyers perhaps don’t know, is that banks are starting to recognise this reduction in risk by offering green home loans.

Furthermore, worldwide evidence is growing that green buildings deliver a multitude of benefits beyond their financial returns. In the US, the percentage of architectural firms expecting to have more than 60% of their projects certified green has grown from 16% in 2016 to 32% in 2018 ñ and is expected to grow to 45% by 2021.

From the local residential marketplace, there’s growing evidence that more homebuyers are keen to invest in a green home or one with energy-saving devices.

Globally, banks offer a green loan with better terms to homebuyers if they can prove that the property for which they are borrowing meets certain environmental standards. Banks are starting to offer a lower interest rate or increase the loan amount available to borrowers looking to buy a green building or renovate an existing building to make it greener.

This means that homes with energy and water-saving features will be increasingly attractive to buyers when making their purchasing decisions.

Green loans are linked directly to green buildings. They are often either used to build a new home with a sustainability rating, or where the borrower commits too investing in renovating an existing building to significantly decrease its overall impact on the environment. 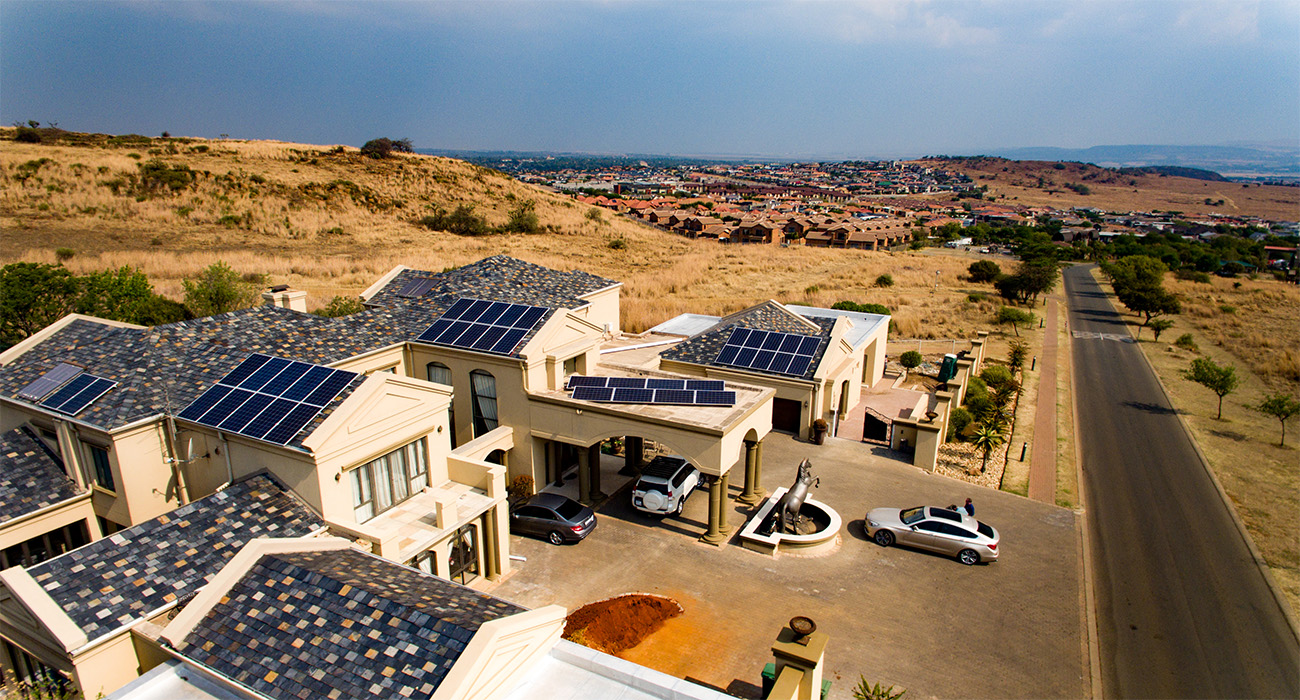 Another winter with load shedding looms and it doesn’t seem as if this problem is going to go away any time soon. The obvious answer to this problem is to get off the national or local electricity supply grid by installing solar power in your home.

The new electricity tariff increases that will be implemented in most municipalities in just a few weeks’ time are set to be higher than usual this year, which will also aggravate the situation.

“The installation of such equipment is now one of the most popular types of home improvement, and the trend is being fuelled by the fact that certain banks and finance companies are already offering specific ‘green’ loans to finance these upgrades – or the purchase of a ‘green certified’ home,” he says.

Gerhard Kotzé, MD, RealNet estate agency group, says with families spending more time working and studying from home their residential electricity usage has risen considerably. “This has definitely boosted the demand for energy‑saving equipment and generators to keep the power on during load shedding. It has also sparked more interest in those towns and cities which are planning to become independent of Eskom in the next few years by making use of alternative power sources such as solar and wind.”

According to Kotzé, recent research by the South African Cities Network (SACN) shows that the average municipal bill for the four main household types in nine major municipalities in SA – Buffalo City, Cape Town, Ekurhuleni, eThekwini, Johannesburg, Mangaung, Msunduzi, Nelson Mandela Bay and Tshwane – ranges from R1,425 per month for low-income households, up to R6,119 per month for high‑income households, with electricity charges making up between 42,3% to 54,7% of the bill across household types.

At the same time, says Andre van der Merwe, principal of the Chas Everitt franchise on the East Rand, currently one of the busiest new development areas in the country, prospective buyers of new homes have become more aware of the benefits of energy‑saving measures. These have become almost standard in new developments in the sub‑R1m sector, as developers seek to comply with the sustainability and energy-saving provisions of the National Building Regulations.

“We foresee that compliance with these provisions will be increasingly expanded in more upmarket developments to include full geothermal, wind and solar power provision systems in individual estates, as the government steadily opens up private power generation to meet its international commitments to significantly increase energy efficiencies and cut carbon emissions.”

These sentiments are echoed by Christo Botha of MB Architects. “Solar has become affordable and the payback time is short compared to other green environment proposals. Buyers are more educated and informed on global warming, which makes it hard to ignore. The big factor that pushes people to opt for solar-efficient houses is escalating electrical tariffs, as well as power outages.” 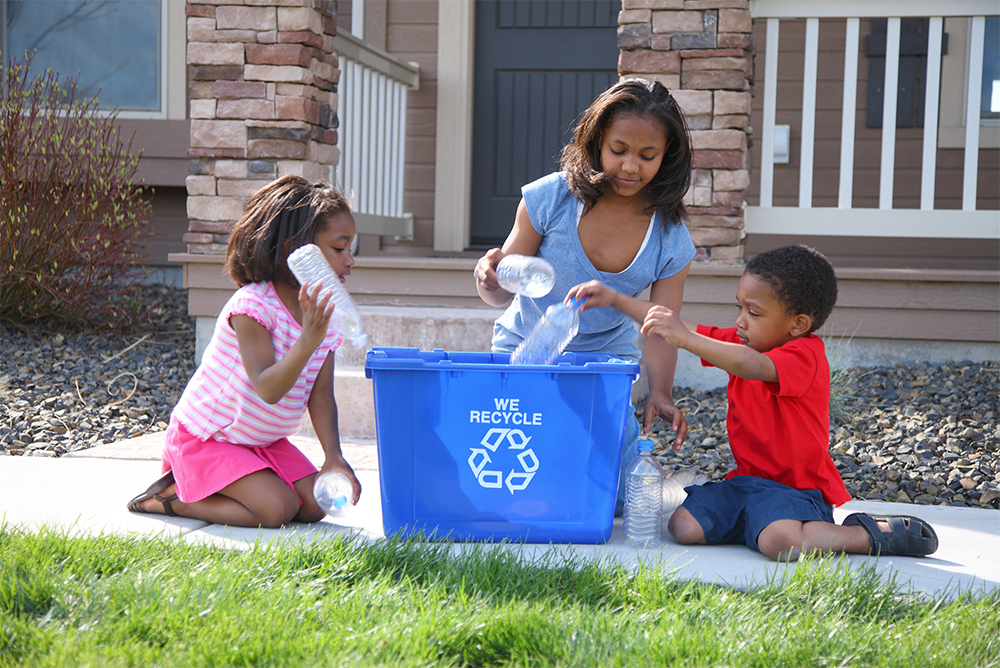 Roelof Rabe, director, Roelof Rabe Architects, says there’s a need for South Africans to relook the way natural resources and energy are used. “With people working from home more, household electricity usage has gone up substantially without employees being reimbursed for this. Unfortunately, the cost of alternative energy solutions is still very high and most households resort to installing emergency alternative power only to counter load shedding.

“There’s definitely not a general trend of going off the grid seeing that it’s too costly. We think, however, that more and more households will invest in supplementary, alternative energy solutions. This can be done by adding electricity to the traditional Eskom supply through photo‑voltaic panels or small wind turbines, simultaneously changing the energy usage pattern to use the power while the source is active. We will definitely see more of this and even more so when municipalities start buying excess power back onto the grid through reversible power meters.” 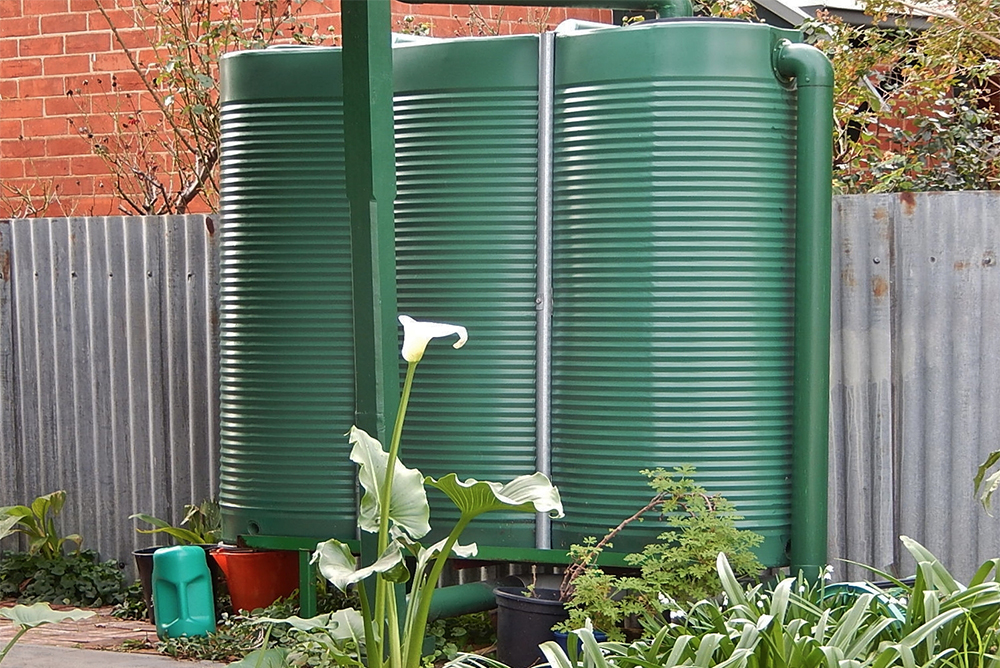 Anthony Stroebel, head: new business development, Pam Golding Properties and a director of the Green Building Council South Africa, says South Africa is already a leader in the growing global green building sector. “Those seeking a greener lifestyle could either retro-fit their own homes or could purchase or rent a home in a lifestyle estate or a green mixed‑use precinct. It’s already becoming apparent that those with the means to do so, are increasingly looking to become more self‑sufficient by living completely off the grid,” Stroebel says.

Property owners are increasingly realising that incorporating green living design into their homes not only significantly contributes to the value of what, often, is their primary asset, but also increases the ‘sellability’ when they decide to move.

A green home typically sells at a premium to other regular homes of a similar size and location, and more than likely also sooner. 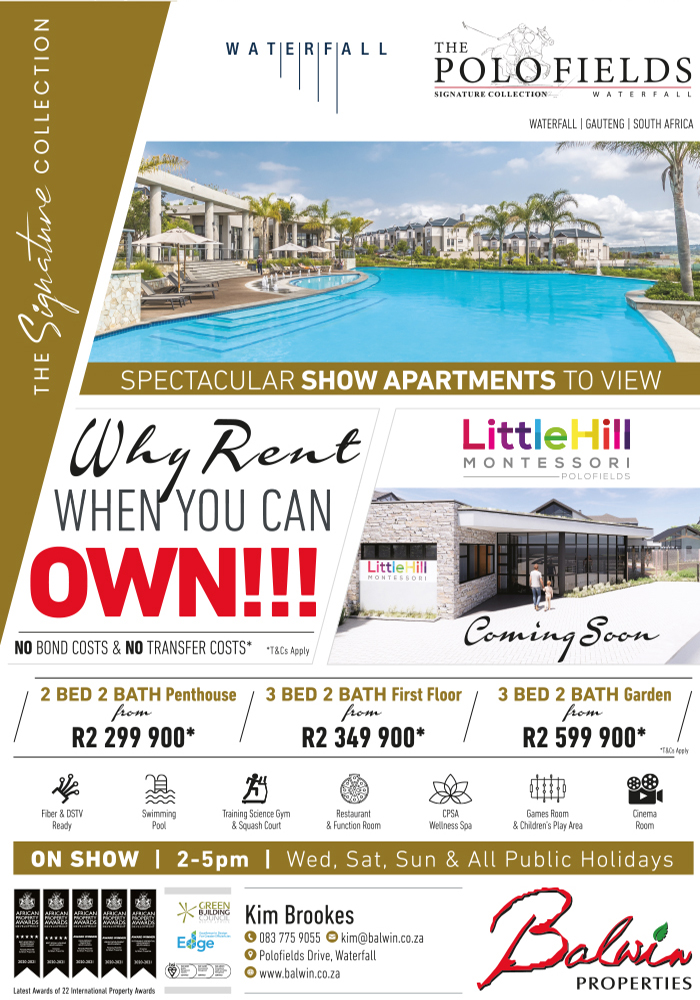 Best of local design30 May