A jaw-dropping chandelier from willowlamp heads across the Atlantic to North Carolina, creating a conversation starter of note in a new hotel

outh African lighting company willowlamp certainly doesn’t do things by halves. Their latest project, which will grace the new Marriott hotel in Charlotte, North Carolina, requires an incredible 26 cubic metres of hanging space and weighs over a ton. Adam Hoets, the creative director and founder of willowlamp, was commissioned by Chicago’s Simeone Deary Design Group for the project.

The award-winning company uses a unique method to create its lighting works of art – ball chains are fixed to laser-cut steel frames using a tiny notch on the frame, resulting in a chain curtain that’s free of any visible fasteners. Their vast range of intricate lighting designs include lamps, pendants, art pieces and, in this case, chandeliers.

“The piece is based on the original version of our very first Mandala design, which we did for Liwa Suites in the UAE,” he says. However, the chandelier has a number of challenging and impressive features that set it apart. As all willowlamp designs do, it’s composed of cascading tiers of metallic ball chain. But unlike the Mandala design, the piece isn’t round – it’s a long and narrow ellipse shape – “A sort of ‘squashed’ Mandala!” says Hoets. 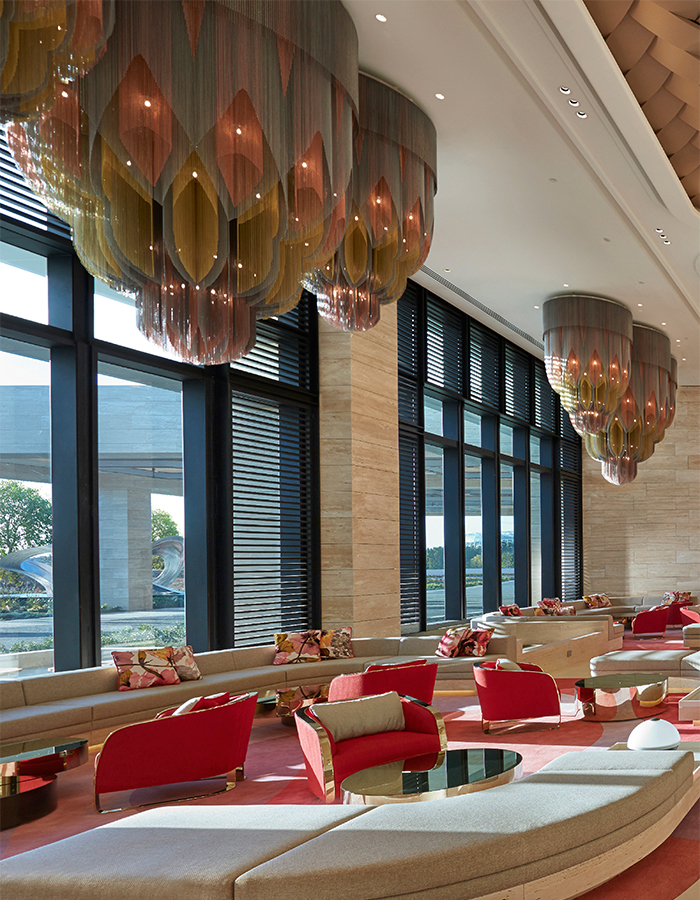 A willowlamp installation at the Crown Perth Hotel 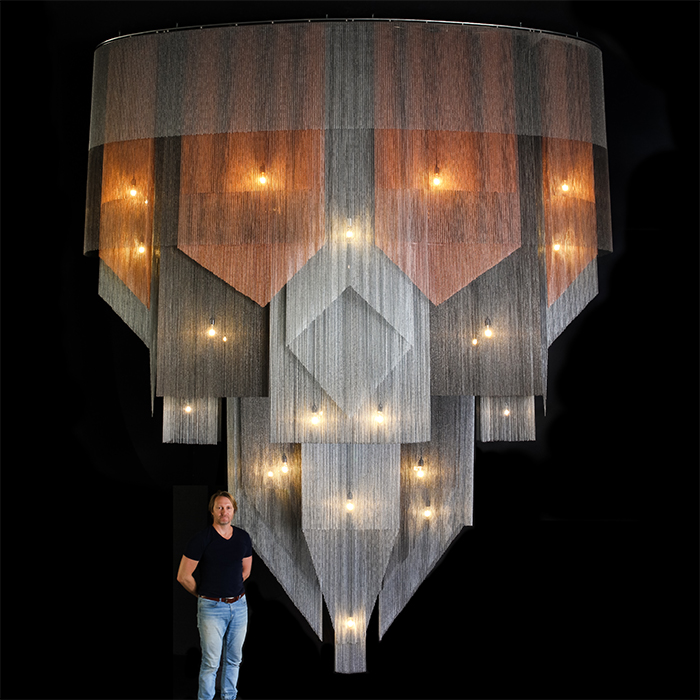 Flattening the design vertically made it far trickier to make than the previous Mandala design. “It’s not simply a matter of rotating the same shapes to form a circular pattern,” he says. For example, “the chain lengths cannot just be repeated shapes, they have to all be worked out to fit the stretched proportions, which is much more difficult”.

The chandelier had both upper and lower tiers of chain, which added further complications, and was almost too big to manufacture on willowlamp’s premises.

The size and weight of the light necessitated a number of design innovations. The extruded shapes that made up the chain curtains were broken up into separate panels, which were then individually mounted to a ceiling frame and fitted together like a jigsaw puzzle. “This is the only way to install a piece such as this, because the combined weight is one ton!” says Hoets.

The installed piece will carry up to 31 LED lamps, each hung on a suspended cable that’s hidden within the chain curtain shapes. 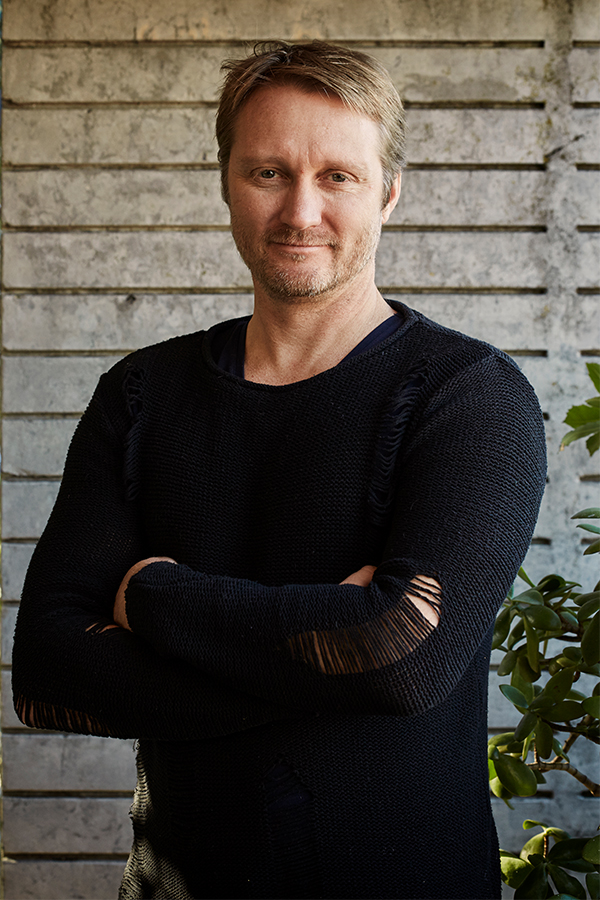 The man behind the lamp

Adam Hoets blends art, technology and design to create the stunning willowlamp creations, but he first studied architecture at the University of Cape Town, choosing the subject over fine art. “My journey began as an architect, which has been invaluable in shaping my ‘design’ mind. I decided on architecture because my reasoning was that I could be an architect and also be an artist, but not the other way round.”

Once he started his own architecture company, he began designing eco-lodges and gradually transitioned to lighting design in 2005. He wanted to develop a design‑related product without the hindrance of clients, feeling that the designer‑client relationship restrict a designer’s ability to explore ideas.

Today he takes inspiration from nature and sacred geometry – geometric shapes and proportions that underpin religious architecture and designs in nature. “This is nature in its purest, highest state and is something I’m very interested in and continuously explore in my work,” he says. 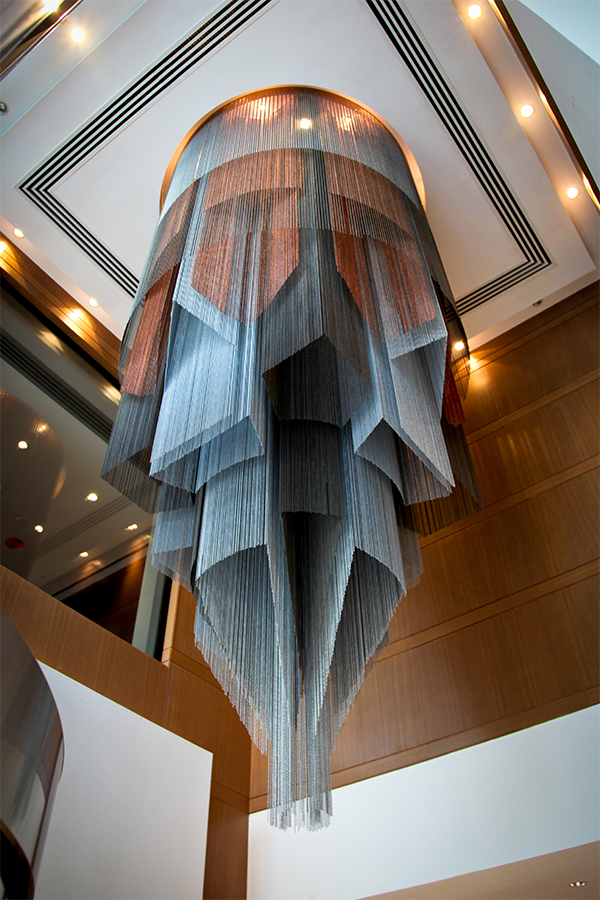