Sectional title is still experiencing stable buyer momentum. These are some of the sought-after developments in the Western Cape, Eastern Cape and KwaZulu-Natal

“While the affluent market – from R2,6m to R3,6m and upwards – has seen financial pressure building up this year, the middle market – from R750,000 to R2,6m – has showed the most improvement in activity,” he says.

In his view, an aggressive reduction in the interest rate, good pricing and lower transfer duties have momentarily improved mortgage affordability and incentivised renters to buy property.

The middle market is traditionally where sectional title property sales dominate. Mkhwanazi says the lower interest rate and transfer duties have driven stronger activity and market sentiment in this price segment. “In our estimation, market recovery is mainly driven by younger first-time buyers under the age of 35,” says Mkhwanazi.

So has 2020 lured a different type of sectional title buyer? “The buyer types have become marginally younger as a result of the lower interest rate,” says Sitari Country Estate executive director Claudius Combrinck. “An interesting aspect prevalent throughout the Cape is that rentals have come under pressure as a result of tenants now opting to purchase.” 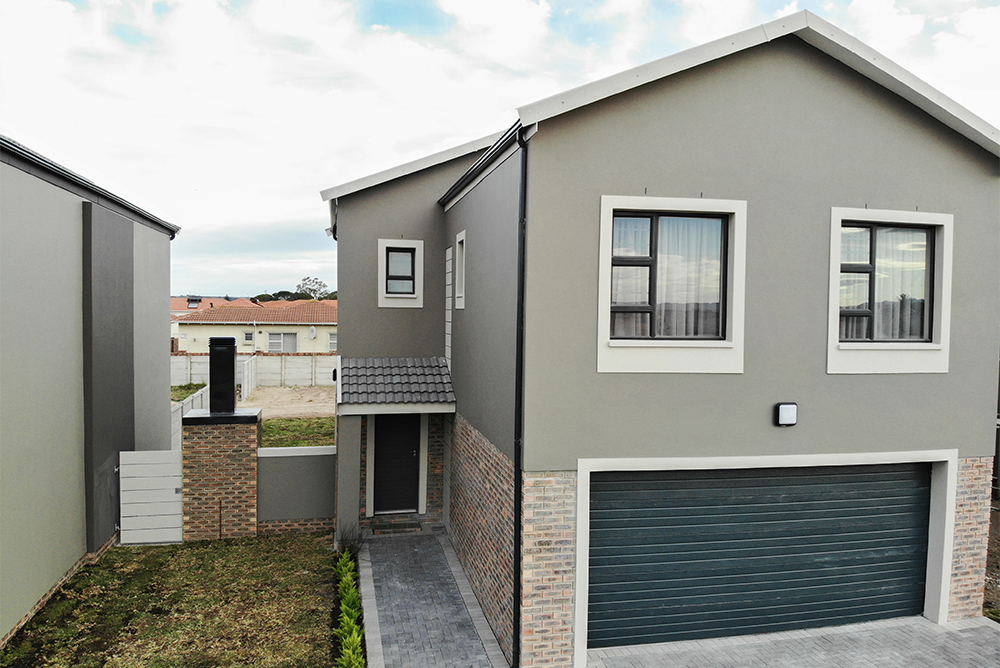 River Dale is the newest village at Westbrook 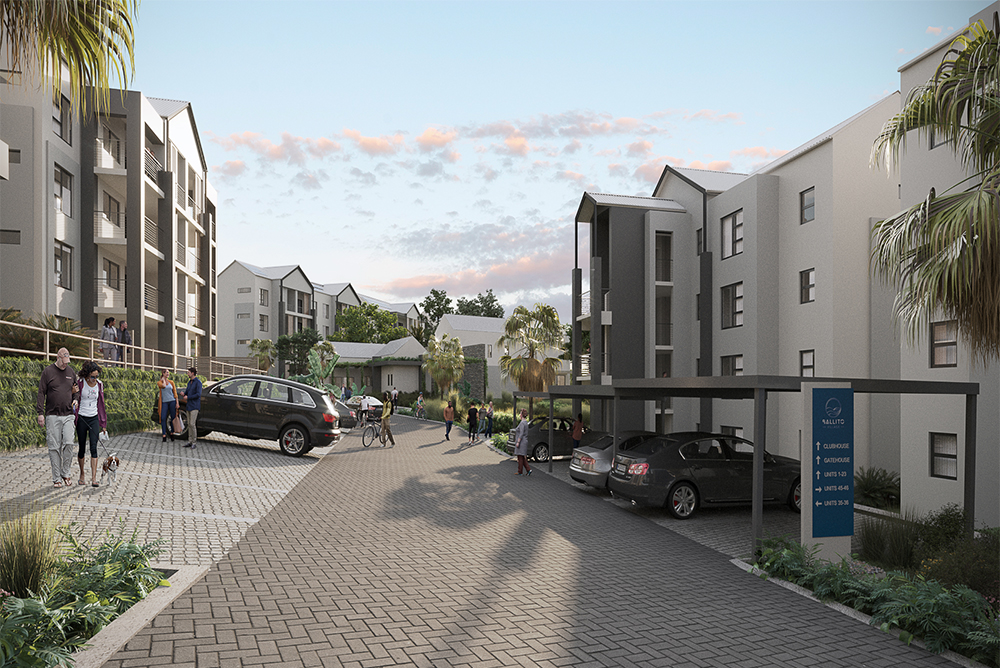 “At Sitari Country Estate we experienced our best month during July 2020, with recorded sales of close to R50m,” says Combrinck. Of those, many were sectional title apartments, with the biggest demand for two-bedroom units in the sub-R1,7m category. The estate’s new Waterford Place development has move-in-ready two-bedroom units available from R1,399m, with no transfer duty. “Tenants in the Helderberg have opted to become owners at Sitari, as it’s now possible to own a property for not much more than renting one,” he says.

Always a popular holiday draw card appealing to various investor types, Ballito on the KwaZulu-Natal North Coast has become a primary residential destination for young families from this province and many from Johannesburg too. Secure gated environments with communal facilities are especially popular.

This second-tier city has seen spikes in demand thanks to a safe and convenient offering in a more affordable coastal location. “If you can live anywhere, it makes more sense to live somewhere less expensive. A lower cost of living makes it easier for newcomers to enjoy the urban experience in this next tier of cities,” he says.

In September, the Amdec Group launched River Dale, its residential village in the 128ha secure residential estate Westbrook. Here a three-bedroom, two-bathroom simplex with a double garage and a braai area starts from R1,3m, and a four-bedroom two-bathroom duplex with a study, a double garage and a braai from R1,5m. “Sales at River Dale are doing well. We’ve sold about 30% of units in our first phase,” says Oosthuizen. 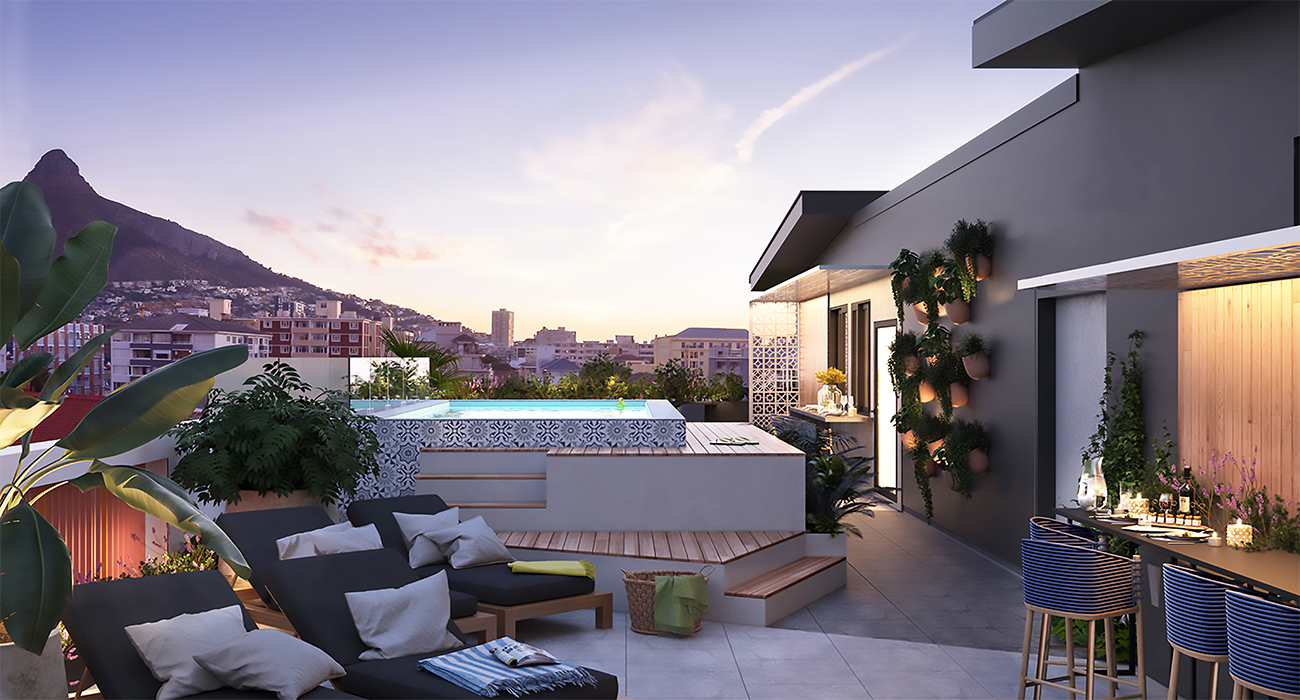 Of 31 micro-apartments priced between R1,1m and R1,595m, only three remain, signalling that there is definitely activity and interest, but the market is still extremely price-sensitive Jacques van Embden, MD, Blok

Lightstone Property head of real estate Esteani Marx says estate agents have reported better than expected interest in popular coastal areas such as northern KwaZulu-Natal and the Southern Cape coast as more families are interested in trading big-city life for more relaxed seaside options. This results in opportunities in cities for existing homeowners to buy up and first-time homeowners to enter the market.

“Time will tell whether what we are seeing now turns into a future trend,” says Marx. She reports that generally it’s the 24 to 40 age group that buys the most properties, followed by the 40 to 49, and 49 to 64 age groups.

For Rabie Property Group, a shift to developing a more affordable property type was a new direction. Its Bow Tie sectional title development in Cape Town’s Burgundy Estate starts from R845,000 for a one-bedroom apartment, whereas a three-bedroom townhouse with a garden sells from R1,88m.

What triggered this move? “We did our research and decided that launching this product now was the right thing to do. Taking advantage of the low interest rate, we tried to offer a quality product at a lower entry-level price,” says Rabie director Miguel Rodrigues.

“You still enjoy the plusses of buying in a Rabie development – lower density, green spaces and a secure complex within Burgundy Estate – but at a price that the market currently dictates.” The developer also looked at ways to reduce operational costs by offering residents smart solutions.

Bow Tie will include 88 apartments and 18 homes around a park with a play area. Rabie’s aim is to combine green building principles, smart design and lush landscaping at an attractive price. 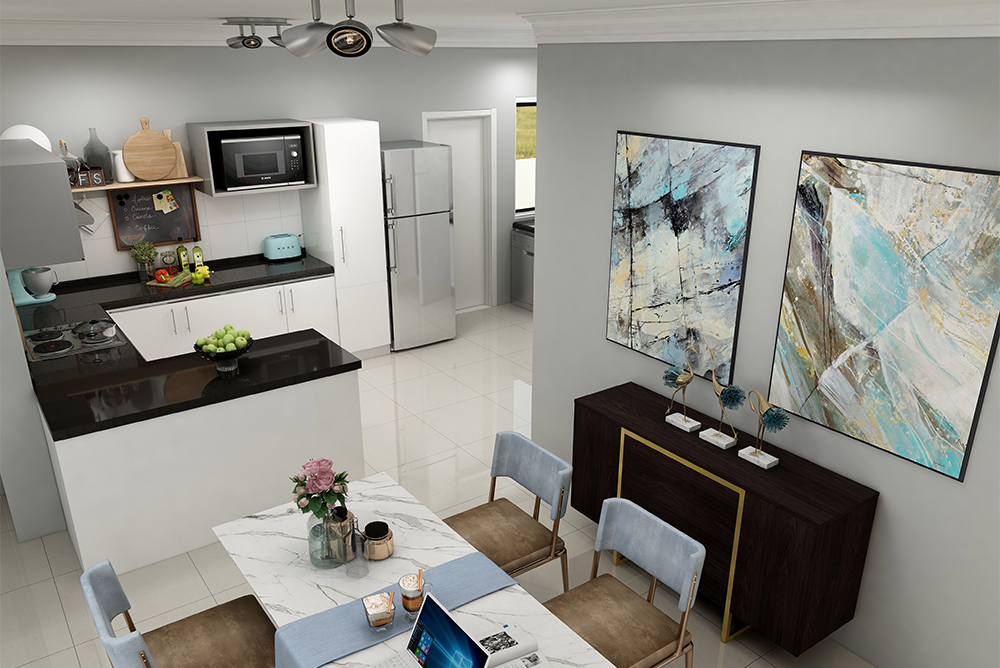 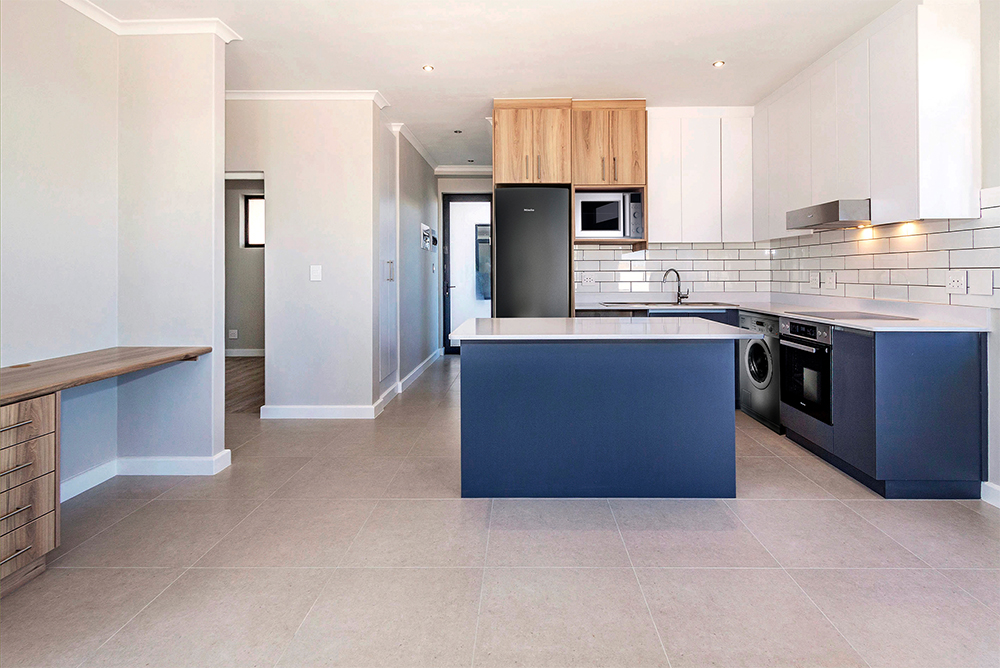 Bow Tie launced in October and 60% of Phase 1 was sold in the first week. “We believe our price point is a big determining factor, targeting the first-time owner who has not been able to get their foot into the property market yet,” says Rodrigues. Buying directly from a developer also saves on transfer duty.

Blok is focused on the sub-R2m market with its development SIX ON N in Norfolk Road, Sea Point. Units will include workspaces. “As a youthful brand, we were growing frustrated with how the market in desirable locations such as Sea Point was excluding buyers in the under-R2m range, especially first-time investors,” says Blok MD Jacques van Embden.

“We ensured that each unit, irrespective of its size, had a dedicated work station to enable work from home and we provided two meeting rooms that residents can rent for larger meetings. We also believe the home extends beyond the larger building itself, so we made sure to deliver on communal amenities and shared spaces.”

Launched in mid-October, SIX ON N’s aim is to provide a “more affordable foothold into one of the country’s most desirable investment and lifestyle locations”. With 70% of apartments priced at under R2m, from R1,1m including VAT, the project has allowed access to younger buyers who might not have been able to afford to purchase in Sea Point, says Van Embden.

“It’s selling very well – we’re about to reach R90m in just four weeks. So that segment of the market is definitely alive,” he says. “Of 31 micro-apartments priced between R1,1m and R1,595m, only three remain, signalling that there’s definitely activity and interest but the market is still extremely price-sensitive.”

Located close to the promenade and many Sea Point eateries, SIX ON N will offer communal facilities including a deli and a rooftop pool.

With newer sectional title apartments in prime coastal locations, developers that have been listening to buyer needs and preferred price points seem to be reaping the gains.

At Bow Tie, you still enjoy the plusses of buying into a Rabie development – lower density, green spaces and
a secure complex within Burgundy Estate – but at a price the market currently dictates  Miguel Rodrigues, director, Rabie Property Group 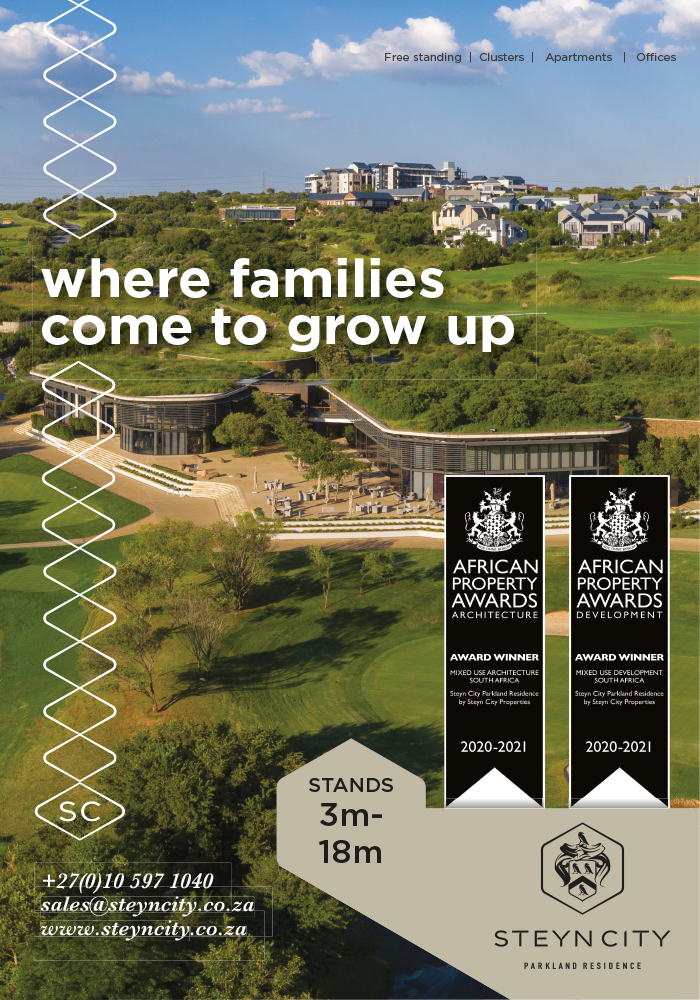 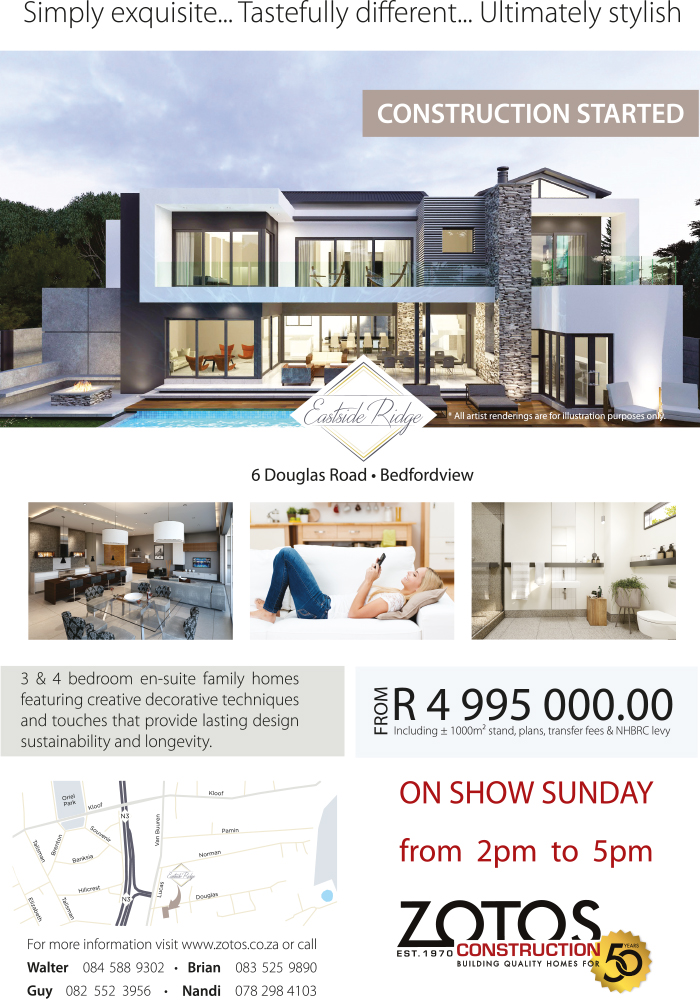