Why you should invest in short-term lets

Savvy developers are incorporating attractive lifestyle amenities in student accommodation and apartments for short-term lets, presenting both investors and lessees with new opportunities

outh Africa had a substantial shortfall in affordable student accommodation even before the Covid-19 pandemic – in 2013 the Department of Higher Education & Training (DHET) found there was a shortage of at least 300,000 beds. Despite the government’s allocation of billions of rands, it was estimated that it would take at least 10 years to overcome the shortfall.

During the lockdown students had to continue their learning remotely. A lack of access to the internet and electricity supply or other essential amenities made this a challenge.

That’s why full-time online tertiary education isn’t a viable option in South Africa, says John Schooling, director of student housing developer Stag African. Also, in many cases lockdown-related loss of income has had an impact on the accommodation the families of students can afford.

This has important implications for the design of student housing, he says. “The provision of well-designed, affordable student housing could hold the key to the future of higher learning in South Africa.”

Covid-19 has resulted in a review of the design norms applicable to student housing, says Gopi Shastivarathan, director of Crowie Projects, the largest black-owned project management company in South Africa. It now has to allow for reduced student densities and communal amenities that involve less contact, such as the changing of biometric access control to facial recognition technology.

Another example is the innovative pod design that Stag African engineered and patented in 2010. A pod accommodates eight students in double or single bedrooms sharing a cooking and living area, as well as two showers and two toilets. Should an outbreak occur, eight students are affected rather than the entire residence. In addition, Stag homes now include a separate flat where a nurse could stay, as well as an isolation pod of four to eight rooms for use in a crisis.

Jurgen Schrek, Seeff licensee for Potchefstroom, says technology-ready accommodation will be a must-have in future. Residences should enable students to study online. Besides easy access to fibre and Wi-Fi, they also need charging stations for cellphones and laptops. Free (or inclusive) and uncapped internet has to form part of the offering.

Mile Investments’ Brooklyn House in Tshwane is an example. Besides cutting-edge facial recognition technology and 24/7 CCTV-monitored security, it has high-speed uncapped and unshaped Wi-Fi plus back-up power. “Our research into the needs of parents and students provided the catalyst for transforming student accommodation into something aspirational,” says Mile Investments spokesperson Clifford Joffe. 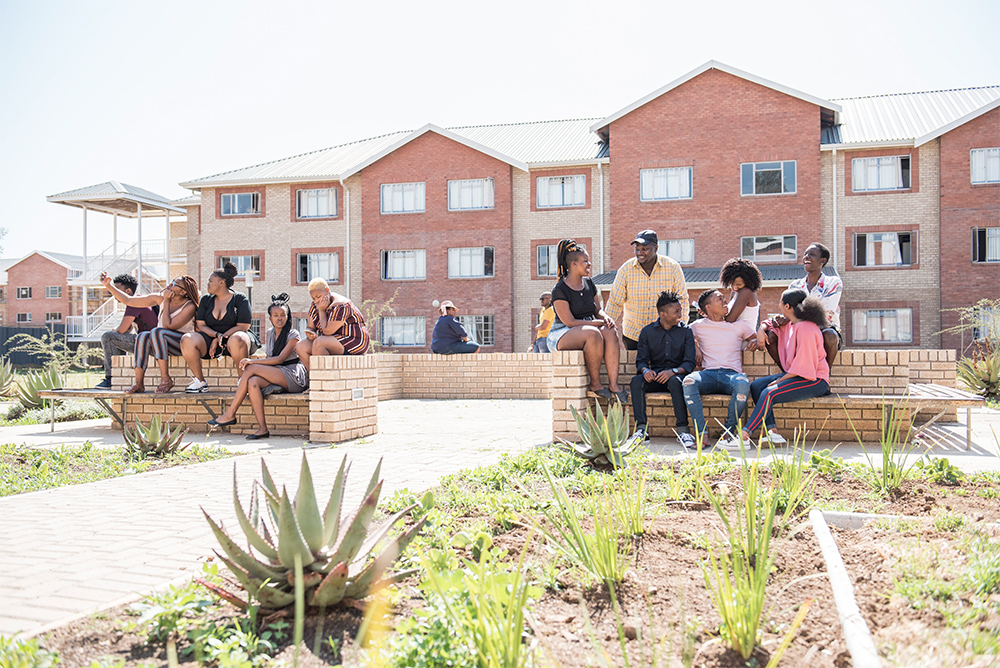 Investing in a well-designed unit near a tertiary institution can deliver return on investment both as quality student accommodation and as a co-living short-term rental option.

Investment in these types of developments could also qualify for a substantial tax break via the Sars Section 12J initiative, provided they meet the qualifying criteria. The minimum investment is R1m, which has to be held for at least five years.

Investors can invest their own cash or opt for a financed product such as Flyt Property Investment’s housing developments, which include Wink at Eaton Square in Diep River, Cape Town, or The Rose Bank in Rosebank, Cape Town. Investing in one of these affords you a 100% tax reduction plus a rental yield guarantee for the first two years of 6.5% after costs (including rates and levies).

During the hard lockdown many providers of student accommodation suffered financial losses. It will take time to recover, as most tenants can’t afford rental increases at the moment.

Despite their own losses in this regard, CampusKey MD Leon Howell sees student accommodation as a growing asset class. CampusKey applications for 2021 are open and it has had very positive feedback so far.

“Student numbers at tertiary institutions across South Africa are still growing, but good quality accommodation to house them isn’t developing at the same rate. “The demand for an all-inclusive offering means investors in this market have a guaranteed supply of tenants and the opportunity to determine rental rates annually,” says Howell.

In Stellenbosch many landlords have had requests to drop rental prices or freeze increases because the income of tenants was affected as a result of job losses and salary cuts, says Seeff rental agent Livene Mwansa.

Yet regardless of all the challenges around the pandemic, she believes student accommodation remains an excellent investment with good yields, provided you invest in units that are suitable and at the right rental rates. The current low interest rate, at 7% the lowest in decades, is a further enabler for investors over both the short and medium term.

Deciding on the price range is key to what you can expect in return. Predicted project yields vary from 5% to 11%, depending on the income of the target group of tenants and the location.

Taking into account the average cost of providing a bed (R300,000 per bed, according to the current model used by the DHET), that amounts to R42,500 per annum, which means the investment is at breakeven for the first 12 years.

However, most developers are confident of an ROI in student accommodation of 10% or more. “We believe over the medium to long term student accommodation will achieve better returns than conventional commercial asset classes because of the severe backlog the country faces,” says Shastivarathan. “Project yields can vary from 11% upwards depending on locality, institution and demand.”

“Although it’s becoming more difficult in the current economic climate to achieve these yields, it’s still possible. Returns will differ depending on the model being developed,” he says.

In Potchefstroom, Schrek says, there has already been a large uptick in investors purchasing student accommodation post-Covid-19, mostly thanks to the expected higher returns from their property investments over the next couple of years. “Average ROIs of 10%-plus are the norm, which is better than many other investment instruments, and you retain the inherent capital value of your property investment,” he says.

Another key consideration is expected capital growth. New developments in Stellenbosch typically see an ROI of about 5% and anything over 6% is considered good, according to Katya Varga, assistant branch and projects manager for Pam Golding Properties Stellenbosch and Somerset West. However, where investors truly appreciate their investments, she says, is in capital growth. For example, a two-bedroom unit in Andringa Walk that sold for R2,65m (including VAT) in 2016 would now sell for about R4,2m. If the rent for this apartment was R13,750 a month in 2016, it would now be R20,500 a month – an increase of 67% in rental income growth and 63% in capital growth over the past five years.

The demand for an all-inclusive offering means investors in this market have a guaranteed supply of tenants and the opportunity to determine rental rates annually. Leon Howell, MD, CAmpusKey 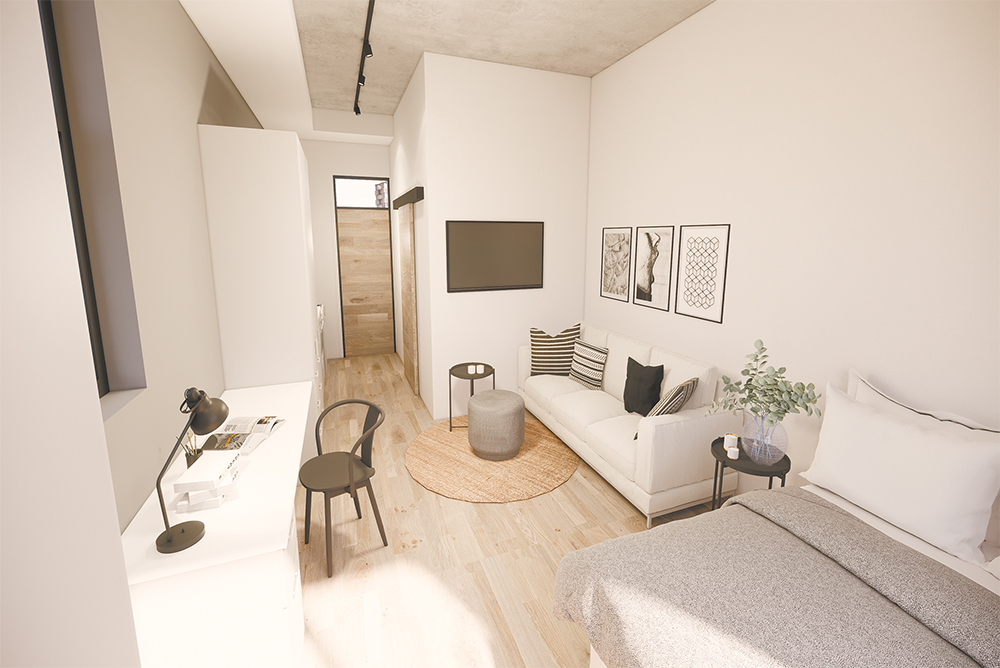 How to benefit from Section 12J

What is Section 12J?

Section 12J of the Income Tax Act is a Sars initiative introduced by the government to incentivise and stimulate investment in businesses that create jobs and grow the economy.

It expires in June next year.

How does it benefit the investor?

By investing in a registered Section 12J entity, investors can reduce their taxable income by the full value (100%) of their investment, reducing their tax liability.

This means Sars will finance up to 45% of the investment, depending on the investor’s marginal tax rate.

Anyone is eligible: individuals, trusts and companies. 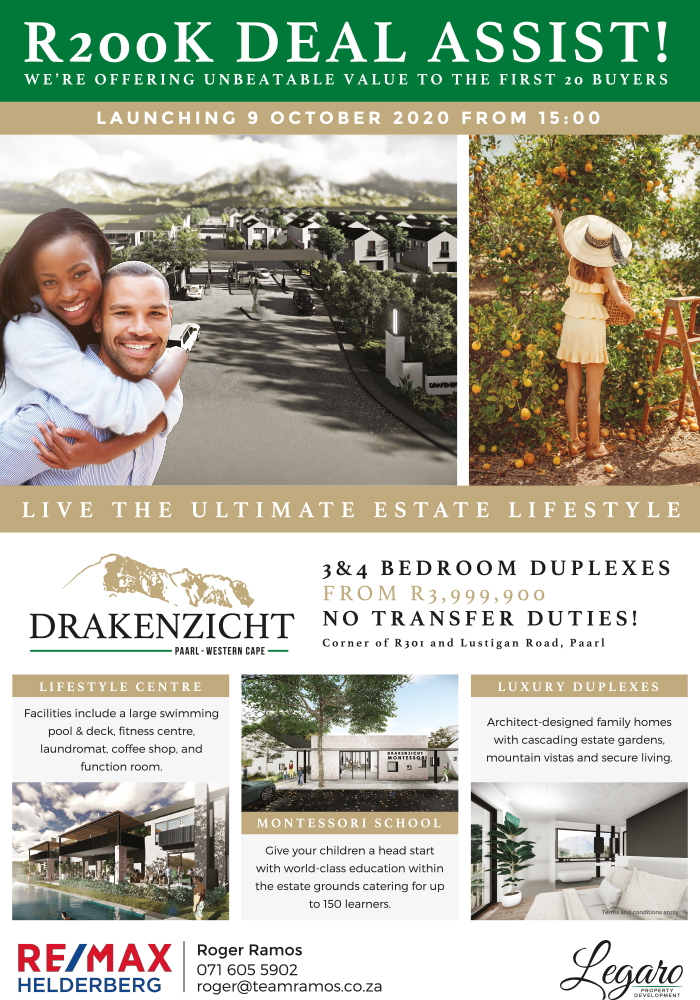