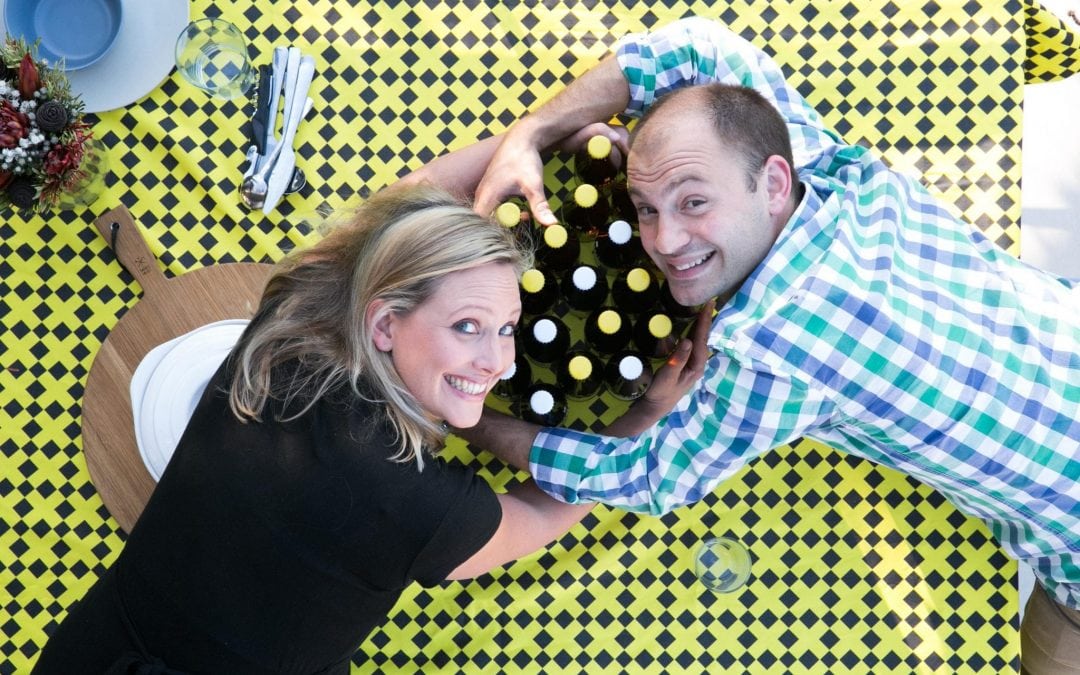 Put that craft beer back in the fridge and take a sip of the latest craft cider to hit the shelves – Sxollie. Karol Ostaszewski and Laura Clacey want to start a revolution. A revolution where apples aren’t only found in your fruit bowl; where sweet and sickly isn’t what you associate with a bottle of cider. 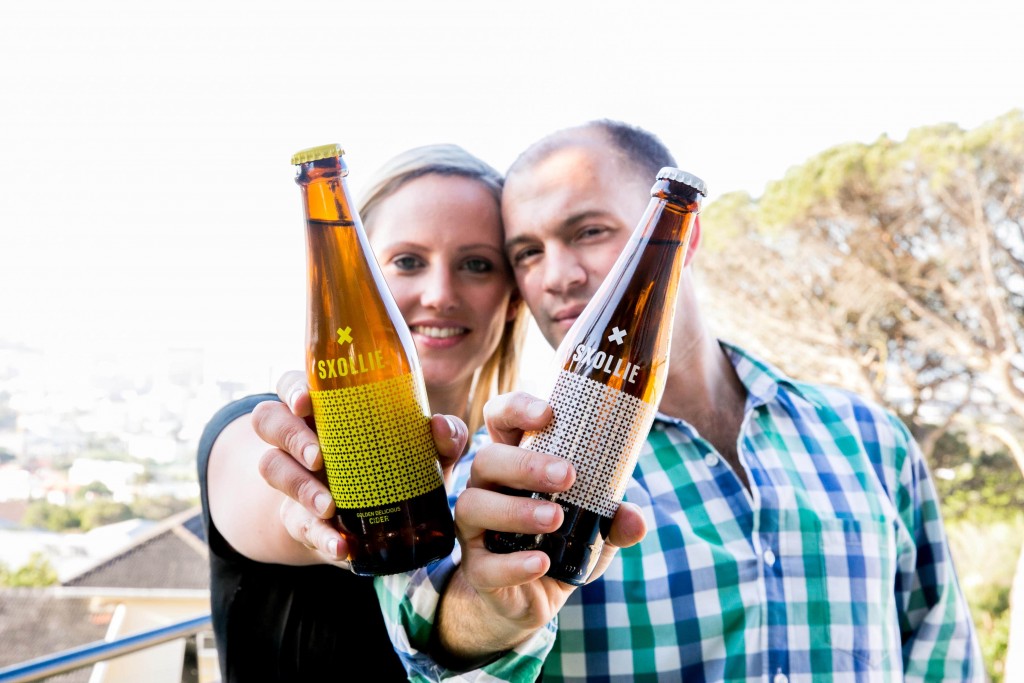 After returning to South Africa from Australia, where they ran a successful craft cider business, “We saw South Africa as the next big opportunity for cider,” says Karol. “By dollar value, South Africa is in the top 10 countries worldwide for cider consumption. It’s driven largely by the big commercial brands, and the craft component is still small, but that’s exactly the niche we’re looking to tap into.”

A handful of other local cider brands – like Everson’s, and Cluver & Jack – are also looking to grow the craft cider
market, but Sxollie sets itself apart by focusing on single-varietal ciders. The sweet and full-bodied Golden Delicious was the first to hit the market, followed swiftly by the slightly dry “perry” made from Packham pears. “We chose to launch with Golden Delicious because it is the number one apple grown, exported and consumed in Africa. It has a lovely fresh and sweet flavour profile, and it’s familiar to people,” says Laura. A crisp Golden Delicious cider with plenty of tart acidity is set to hit the shelves early this year, and there are plans afoot for a cider from Cripps Pink apples too. 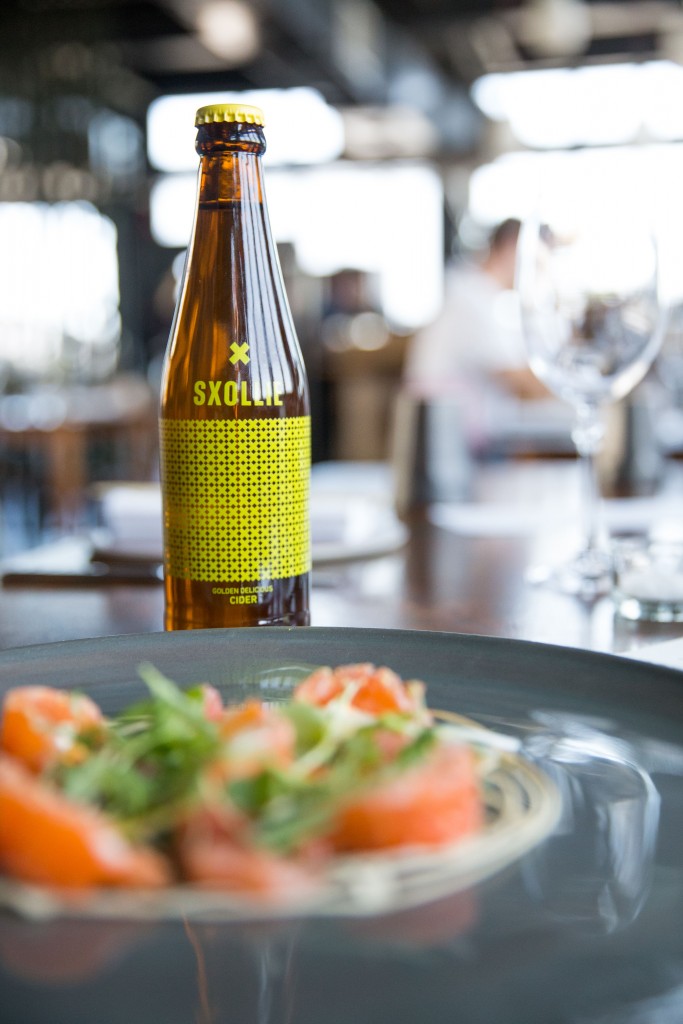 Unlike commercial ciders, Sxollie is all about minimal intervention and its cider-making process is similar to crafting white wine. Apples are pressed and the juice collected in stainless-steel tanks before Champagne yeasts are added to convert the natural sugars into alcohol. Fresh apple juice is then blended back into the cider to return some of the sweetness lost during fermentation before the cider is bottled and shipped out. The whole process takes around eight weeks from pressing the apples to arriving on the shelf. And, hopefully, your dinner table.

“Cider is a lighter in alcohol than wine, so it’s a great drink to enjoy with food,” says Karol, who recommends pairing the Golden Delicious with spicy dishes, and the perry with lighter dishes, like grilled fish or sushi. 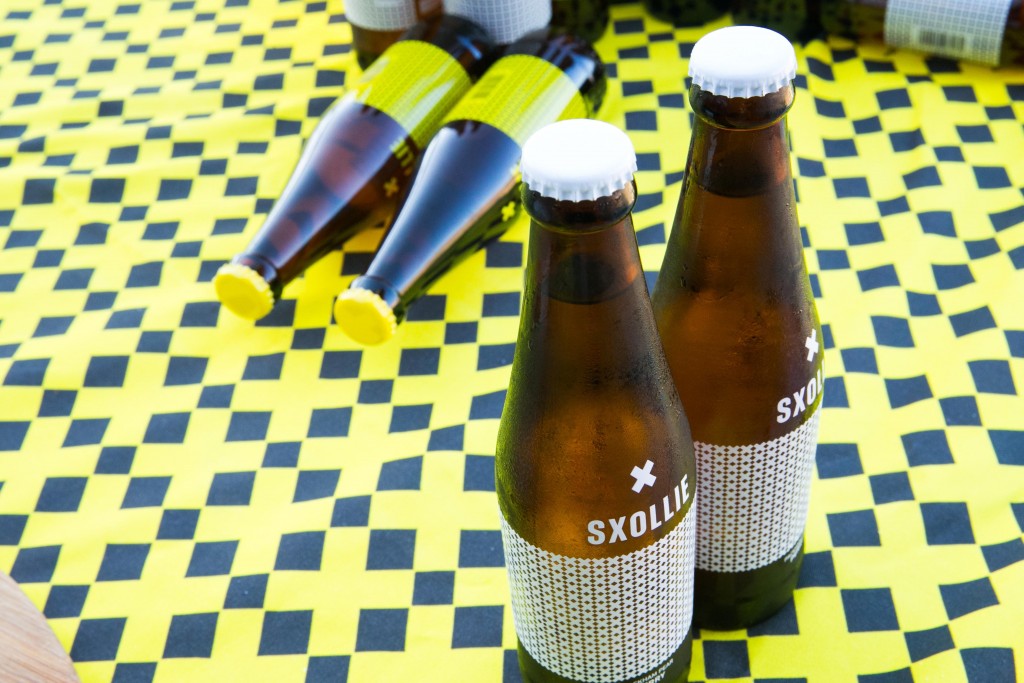 Whether you prefer them sweet or dry, it’s well worth trying your hand at being a bit of a Sxollie this summer.