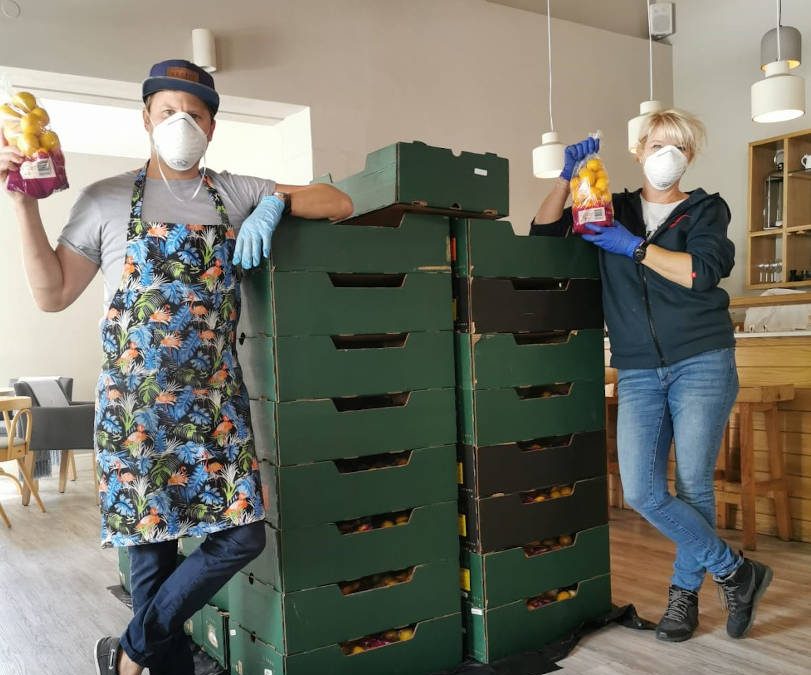 If you walked into one of Franschhoek’s fine-dining restaurants today, you’d see that tasting menus have made way for something more down to Earth. Huge quantities of healthy vegetable stew are in preparation, and instead of being shown to a table, volunteers are sanitising, donning apron and mask, and getting stuck into chopping onions and potatoes alongside local chefs. The whole of the Franschhoek community has mobilised to feed those in need and, with the hospitality industry at a standstill, the numbers of those sitting at home hungry are increasing daily.

Co-ordinating the community effort, Ashley Bauer of Franschhoek Disaster Management usually puts his expertise in incident command to use in response to fires. “I’ve set up a disaster management group pulling together all the resources of Franschhoek,” Ashley says. “We have three NPOs raising money and Chris Erasmus and Margot Janse co-ordinating the chefs. Chris has always helped during fires, feeding 200 firemen. Now they’re running three kitchens at Epice, Foliage and Le Coin Francais, cooking meals for local households. It’s a machine they’ve got going!” 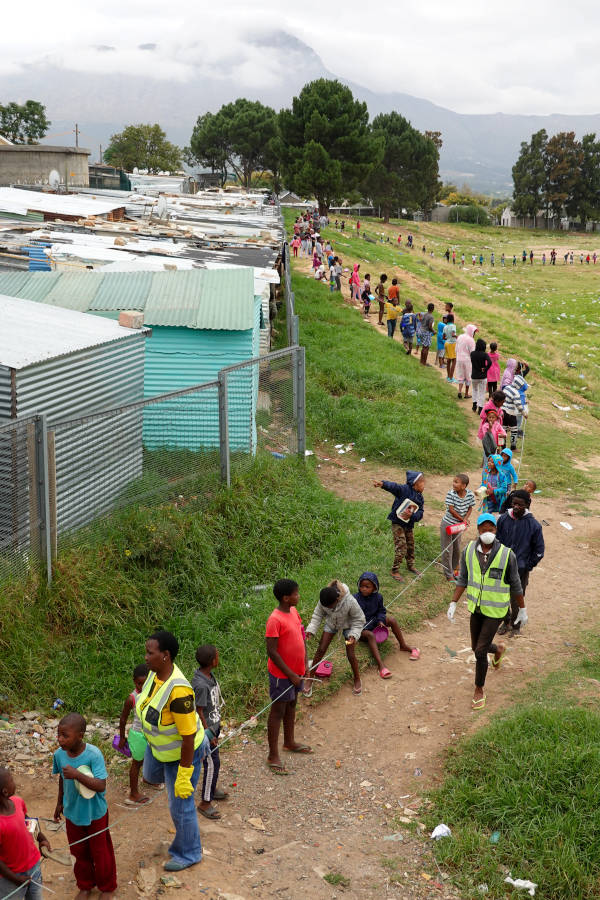 This week Liam Tomlinson and Ivor Jones from Chefs Warehouse also opened up the Maison kitchen to add to the cooking efforts. “We’re doing about 1,000 meals a day now and it’s doubling,” says Chris Erasmus of Foliage. “No one here is employed currently, so probably we will be supplying 4,000 households with food by the end of the week.”

“We’re doing vegetable stews – we had meat at the beginning but it’s expensive and now donations have slowed, so it’s vegetables, stews, soups, very healthy stuff. No fancy plating, no garnishes!” says Chris. “Today it’ll be a chickpea and butternut stew and a nice tomato, onion and basil soup.” 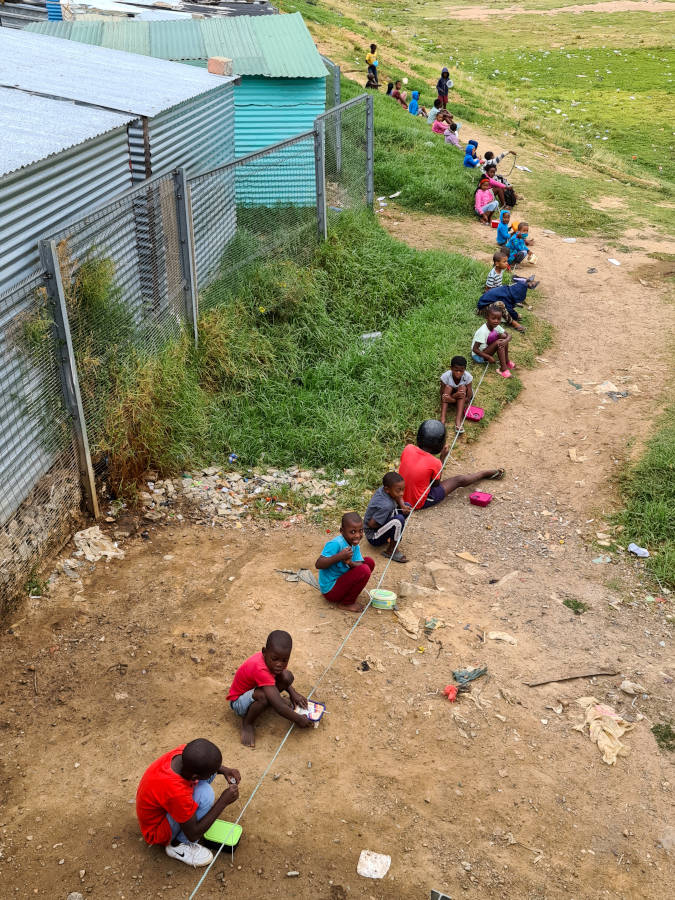 The chef teams also pack dry food parcels twice a week at Pick n Pay, where there is a trolley for donations from the local community. “Last week we did 800 food parcels, today we’re up to 1,300.,” says Ashley. “As people’s money runs out that list will increase exponentially.” The initial distribution network was identified with ward councillors and community leaders starting with the elderly, child-headed households and the disabled. Food parcel deliveries alternate with packaged, frozen meals prepared by the chefs and a bag of rice to cook at home, and local soup kitchens are giving out prepared meals and a bag of fruit.

Volunteers have set up handwashing stations, and knotted ropes to help kids minimise contact with distanced queueing. “It is so important for mental well-being for people to sit around a pot as a family, so taking a healthy prepared meal home instead of eating it at a soup kitchen ticks a lot of boxes,” Ashley adds. 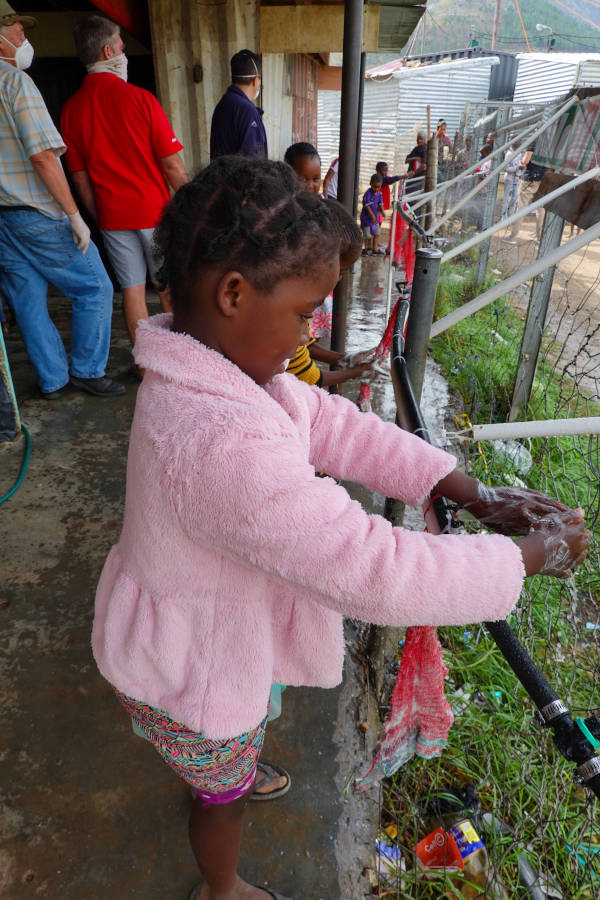 “This is not going to just end after lockdown,” says Chris. He estimates that 70% if not more of their restaurant clientele are international visitors. “I reckon it will be about a year before we see anything coming back to any form of normality. I can’t see many of our restaurants re-opening as restaurants, financially they are all taking a massive knock. I’m turning mine into a deli and a community kitchen, so we’ll keep doing what we’re doing now from Foliage. That’s what our community needs at the moment.”

Donations of foodstuffs and money are urgently needed to keep the kitchens and food parcels going. Franschhoek Disaster Management is calling on everyone who has enjoyed Franschhoek hospitality in the past to give what they can.

Donations can be made through three local NPOs to Franschhoek Disaster Management https://www.facebook.com/FHKDM/ or via Margot Janse’s Isabelo feeding project https://www.isabelocharity.com/