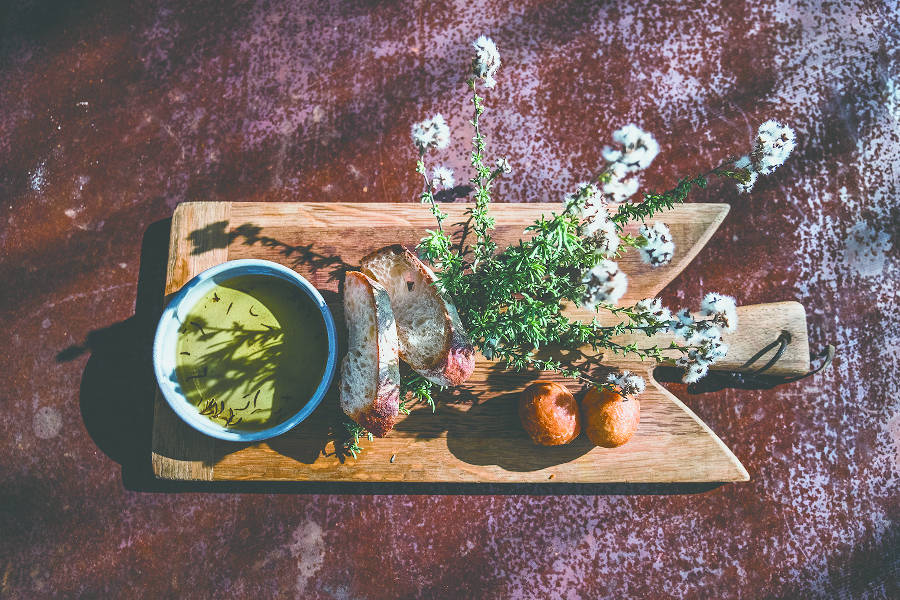 It’s not hard to see why Carolize Coetzee is passionate about channeling a sense of place onto the plates at Tokara Restaurant. As executive chef of this acclaimed winelands eatery, Carolize has perhaps the best kitchen views in the country, gazing out over the Stellenbosch winelands to distant Table Mountain.

But it’s not (only) the views that will be filling tables this season, rather Carolize’s menu that shows plenty of inspiration from her three weeks in New York, cooking alongside chef Daniela Soto-Innes, the 2019 World’s Best Female Chef, at her restaurant Cosme, currently ranked 23rd in the world by the World’s 50 Best Restaurants.

There’s no shortage of refinement on the menu here, but Carolize balances that with an obvious passion for tapping into the local produce of the region.

That includes no fresh greens from the Tokara gardens. A standout example is the spinach plate; a colourfully geometric plate of “bright light” stalks with renosterbos and shavings of cured egg yolk.

Fynbos flavours find themselves at home here too, with kapokbos, nasturtium and renosterbos woven into both the à la carte and four- and six-course set menu options. “We often tend to shy away from finding inspiration in revisiting our own culinary history and rather try to emulate what’s going on elsewhere in the world,” says Carolize, who says she hopes to take diners on a culinary journey evoking flavours that have crossed our palate in the past. “I’d like to remind our guests with each new menu of something they may have forgotten about our collective culinary memory.”

Whether it’s familiar or not, you shouldn’t miss the duck – the breast lightly smoked and perfectly seared – served with a smear of parsnip purée, shiitake mushrooms and a deeply flavoursome jus. Paired with the Tokara Limited Release Walker Bay Grenache 2015, it’s superb.

As are the tempura oysters, floating on a viskop broth with Chinese cabbage and slivers of charred peach. To finish, the Spanish almond cake with hibiscus and lemon posset is a must.

As with much of the menu it’s a plate international in inspiration, but showing no shortage of familiar flavours. Time to book a table at Tokara. 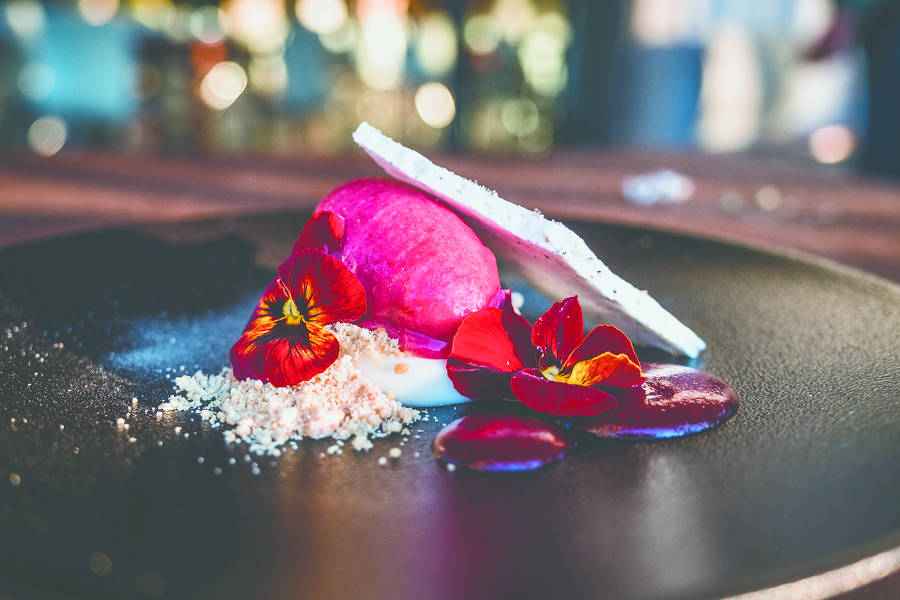