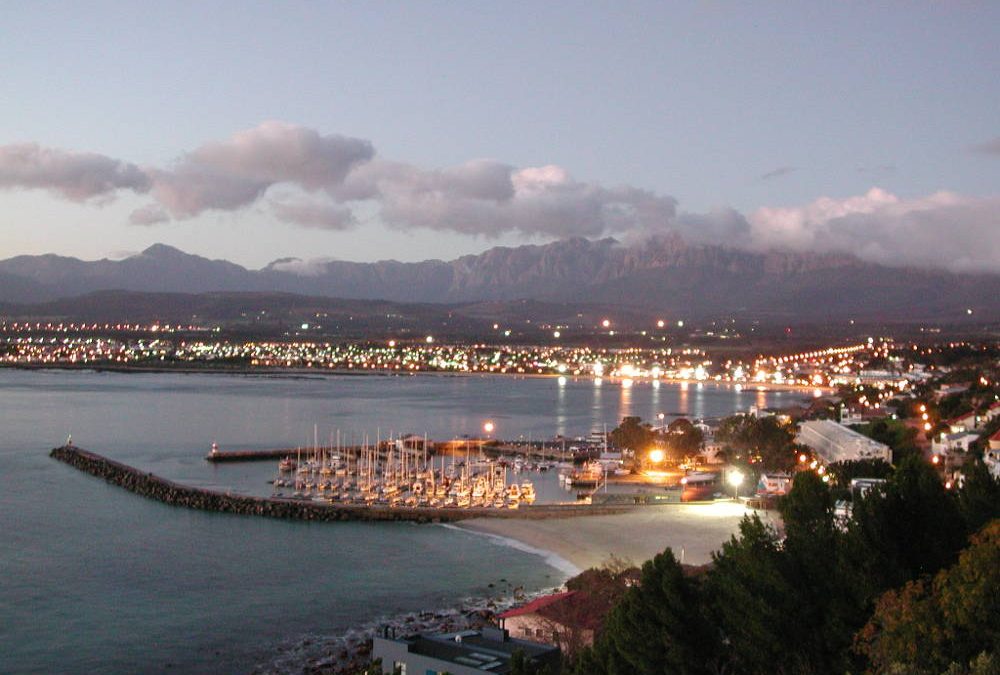 A picturesque small town in a beautiful sea-side setting overlooking False Bay, Gordon’s Bay’s best-known landmarks are the blue-flag Bikini Beach, its two harbours and the iconic GB set high into the mountainside – incidentally this stands not for Gordons Bay, but for General Botha, the original name of the naval academy at the Old Harbour below. The original small village has grown, as have neighbouring Strand and Somerset West until their borders have blurred, but Gordon’s Bay retains its village feel and the friendliness that goes with it.

“Gordons Bay has a way of holding you and keeping you, so that you never want to leave,” says Di Nosworthy, who bought a house here on impulse 28 years ago. “It’s a gentle place and has grown tremendously since I put down roots. Out of the rat race, it’s ideal for families to settle.”

“It’s peaceful with a very supportive community,” agrees Richard Bellas of Mountain Stream Nursery. “The majority of the time the weather is beautiful, but the South-Easter is born here, the wind can really blow! It’s a lovely place to live, no traffic hassles.”

The Winter Wonderland Festival of Lights is just one example of the community coming together. Started by the Gordon’s Bay Business Forum to attract visitors in the off-season, the annual festival with its spectacular light displays, parade and carnival village has become a huge success, raising funds for local charities, and building a sense of community, “Working together, villagers became friends. We care for each other, pass on business leads, and work co-operatively not competitively – we all belong and have value,” says Jeanette Loring, 185 on Beach. 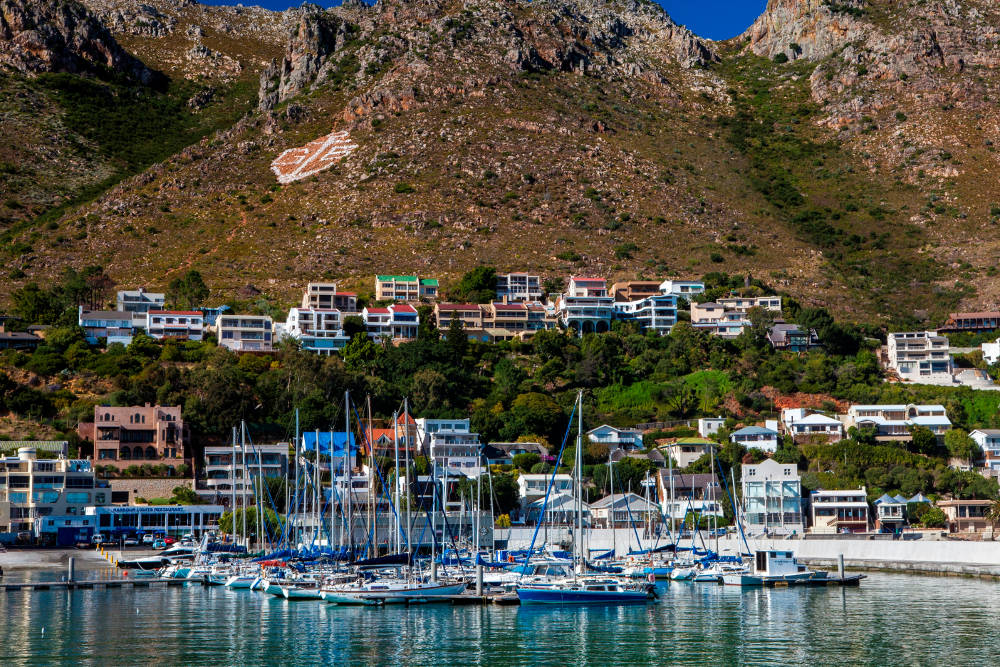 Perched on the steep north-facing mountain slopes above the old harbour, Mountainside offers an eclectic architectural mix of family homes, villas and occasional mansions, all enjoying fabulous views over False Bay to Cape Point and Table Mountain. Together with the beachfront properties on Beach Road and the waterfront houses at Harbour Island, these are some of the most sought-after homes in Gordon’s Bay.

Inland a series of new sectional-title developments have added more affordable entry-level apartments to the mix, and you can still find vacant plots for sale in this growing seaside community. 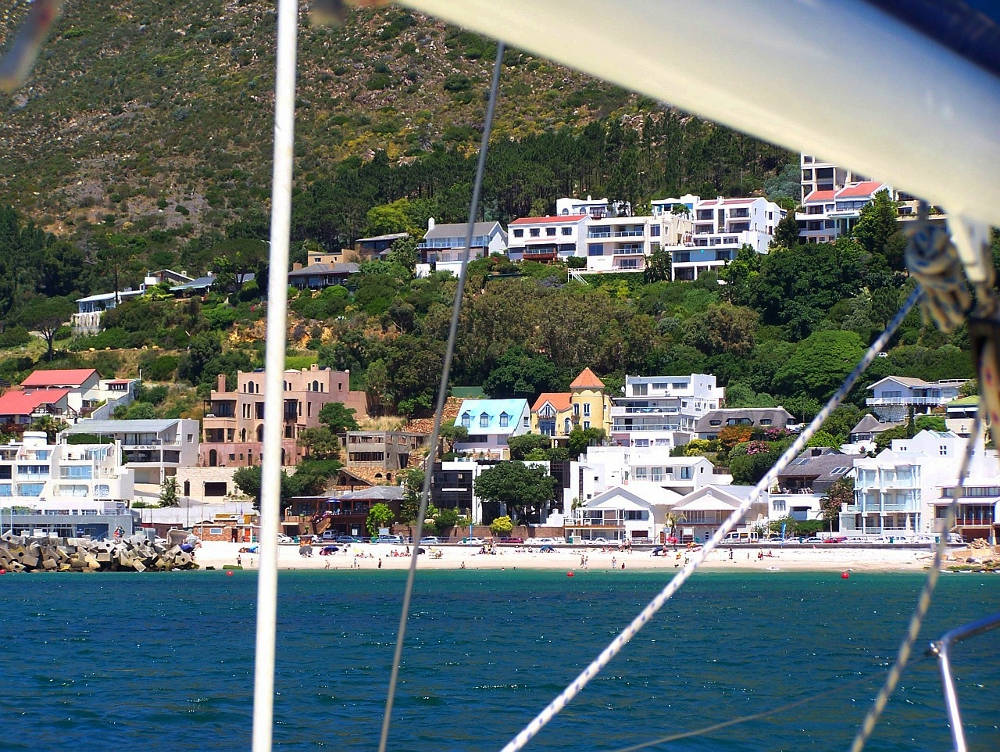 Gordon’s Bay Primary School is the oldest and largest school within the town. Private options include SomerStrand College set on a farm with animals and horse riding, and the Daniel Academy offering a holistic education, founded by health guru Mary Ann Shearer. The nearest public high schools are in Strand and Somerset West, as well as several private options. “Reddam School, with fantastic facilities, has recently opened on the border of Gordon’s Bay and Somerset West,” says Jeanette. “Many learners go to Somerset College, which has a good reputation, too.” 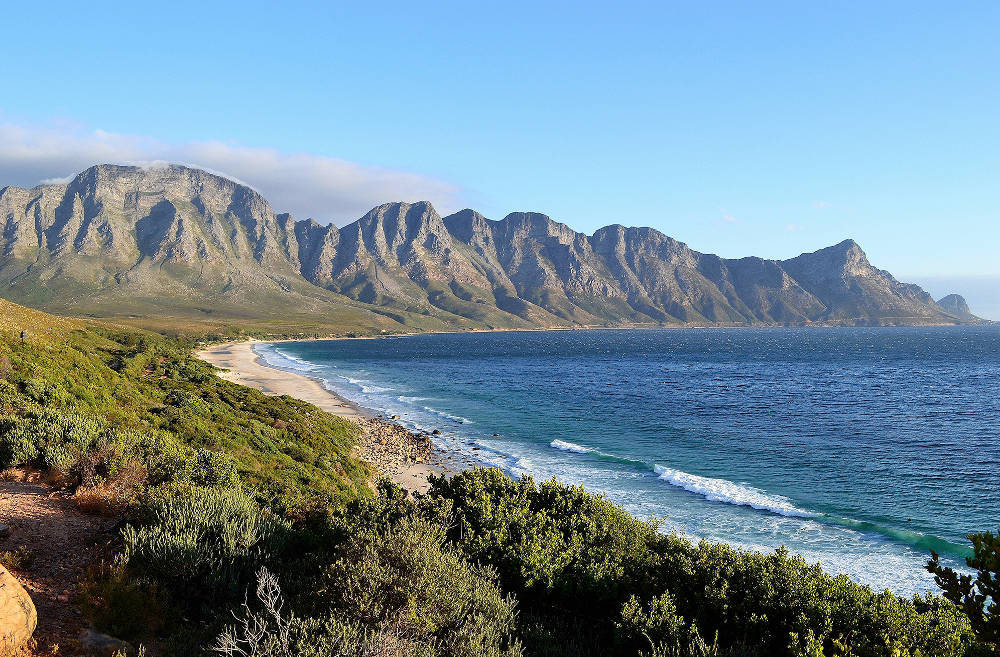 Blue-flag Bikini Beach is a daily attraction whether lazing on the white sands, swimming in the warm Indian Ocean, playing in the rock pools, kayaking, SUP or surfing, or enjoying long winter walks. “Walks are so pleasurable in Gordon’s Bay – along the clean white beaches, past historic milkwood trees, along the Monica Miles Whale Walk, or through the fynbos of the Danie Millar Trail,” says Jeanette. The energetic can hike the Steenbras River Gorge to swim at Crystal Pools in the Steenbras Nature Reserve high above the town.

There’s so much to explore within an hour’s drive of Gordon’s Bay that holiday visitors often base themselves here and do day trips along the Whale Route to Hermanus, to the Elgin Valley, Stellenbosch and Franschhoek.
It’s an hour to central Cape Town and 35 minutes to the international airport, so despite its peace and quiet, this independent town feels quite central and connected.

The views are magnificent. The changing moods of the ocean, the backdrop of rugged mountains, distant vineyards nestled in the valley, and the activity on the sea – yachts, fishermen, seals, dolphins, even whales. Sunsets are absolutely spectacular, but it is the friendly welcoming villagers that make me feel at home. 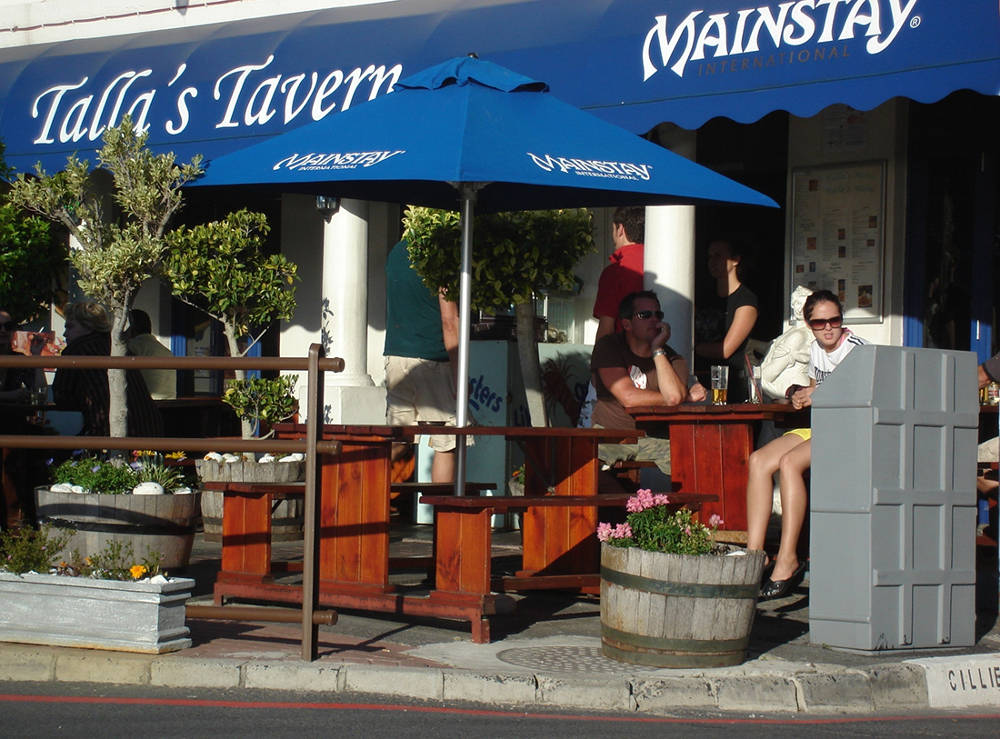 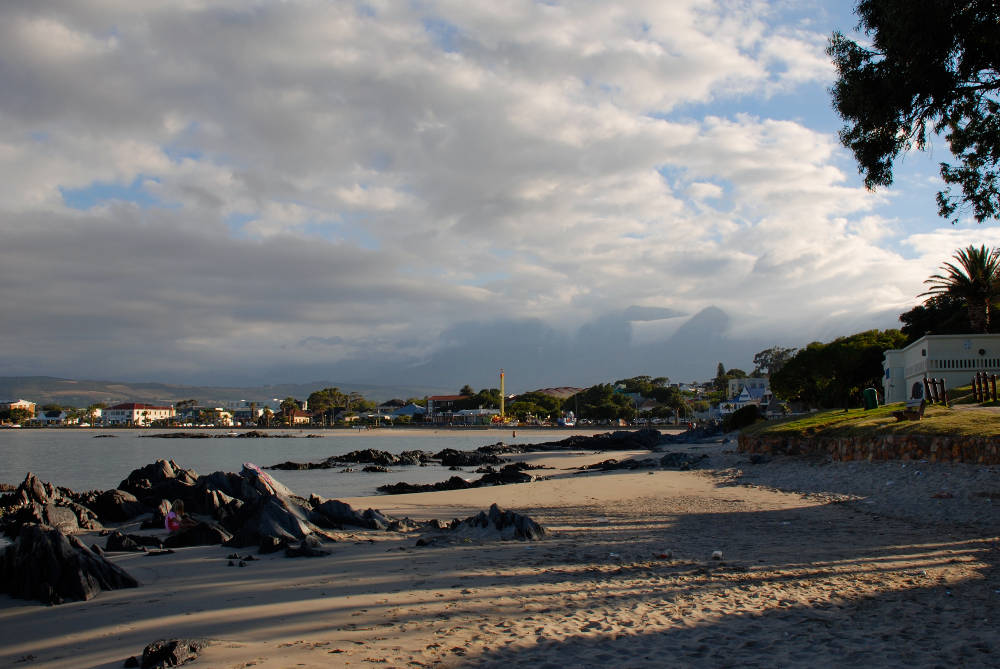