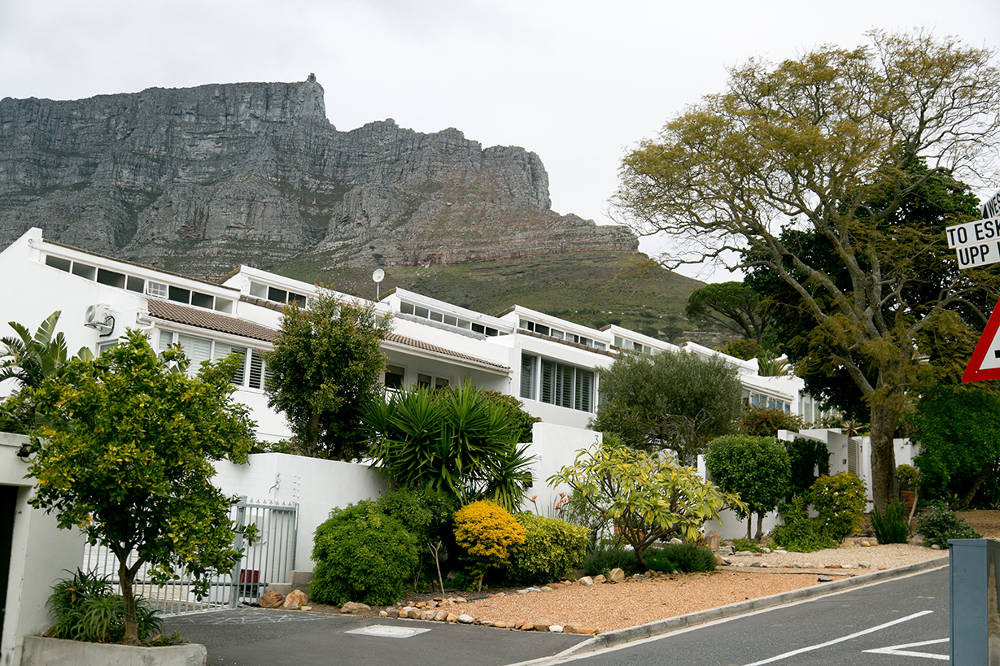 Perched on the rocky slopes at the highest edge of the Cape Town City Bowl, Higgovale has never lost its connection with the mountain. Steeply winding streets, towering pine trees and scraps of forested mountain kloof give it an almost rural feel, despite the panoramic views over the city and its walking-distance proximity to the urban vibe.

“Higgovale offers more diverse views than any suburb,” says designer Sally Chapman. “My studio has everchanging views over the City Bowl, Table Mountain and Lion’s Head. It’s great for inspiration.” The first thing residents cite even before the views, is the absence of the fierce summer south-easter. “Especially close to Kloof Nek, you’re in this little valley, so when the wind is pumping everywhere else, it’s not here,” says Sally.

Quiet streets with no through traffic add to the close-to-nature peace, and guinea fowl and porcupines are often seen in the streets and gardens. “The trees in the area provide a strong sense of the seasons,” says one resident. “Summer is lush and hot, and in winter you can smell wood fires and see the mist rolling over the neck carrying the smell of the sea.” 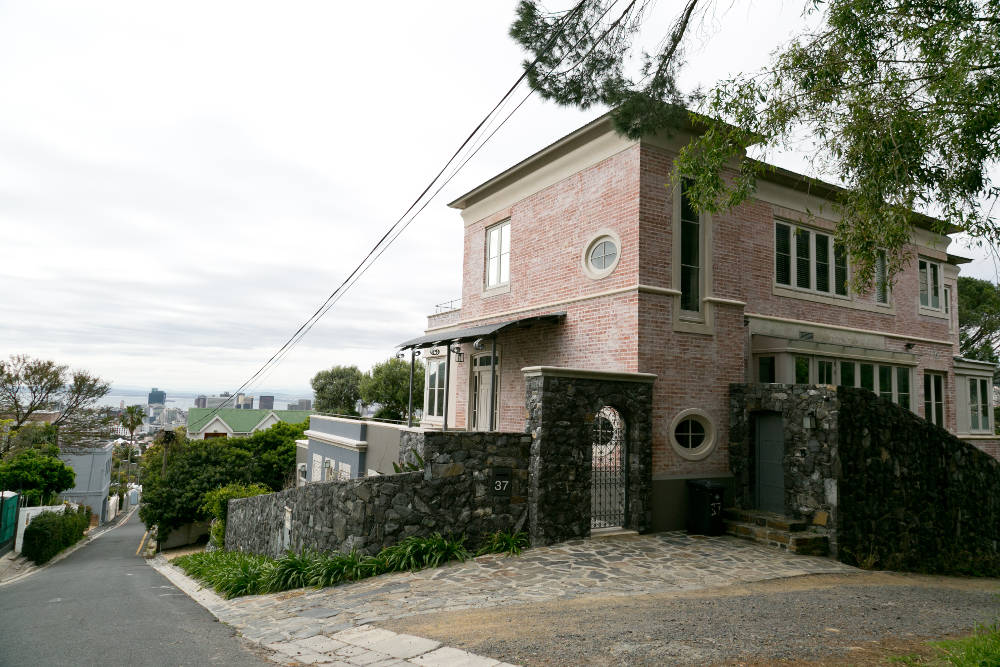 “Opportunities to buy property in Higgovale are few and far between, but once you’ve got your foot in the door, you’ll find it’s a magnificent suburb unlike any other in Cape Town. It’s a genuine slice of paradise and one where you’ll feel as if you’ve come home,” says RE/MAX Living sales associate David Spence. Steep slopes, curving cul de sacs and uneven terrain have led to Higgovale having a quirky and varied architectural style.

A resident for 48 years, Janet Malley and her husband built on an empty plot. “The plot being quite mountainous made building very interesting,” she recalls, “with ditches and dongas, rocks and millions of trees to build around.”

With only around 230 freehold properties and 104 sectional titles, property is in high demand and gets snapped up quickly. “On average, properties here are sold within six weeks of being put on the market. As few as nine properties have been sold in the last 12 months, so when opportunity knocks in Higgovale, you need to answer the door quickly!” exclaims David.

People often buy older houses for the stunning location and views, either renovating or demolishing and building anew. “What I’ve always loved about Higgovale are the trees,” says resident Sheryl Ozinsky. “We need to preserve green spaces and should be mindful of building larger and larger homes that destroy this very unique aspect of our neighbourhood.”

“The trees are the most characteristic aspect of the neighbourhood,” agrees another resident, who spent two years building a new home. “They have inspired some beautiful homes that visually drift into the granite of Table Mountain and the wooded milieu.” 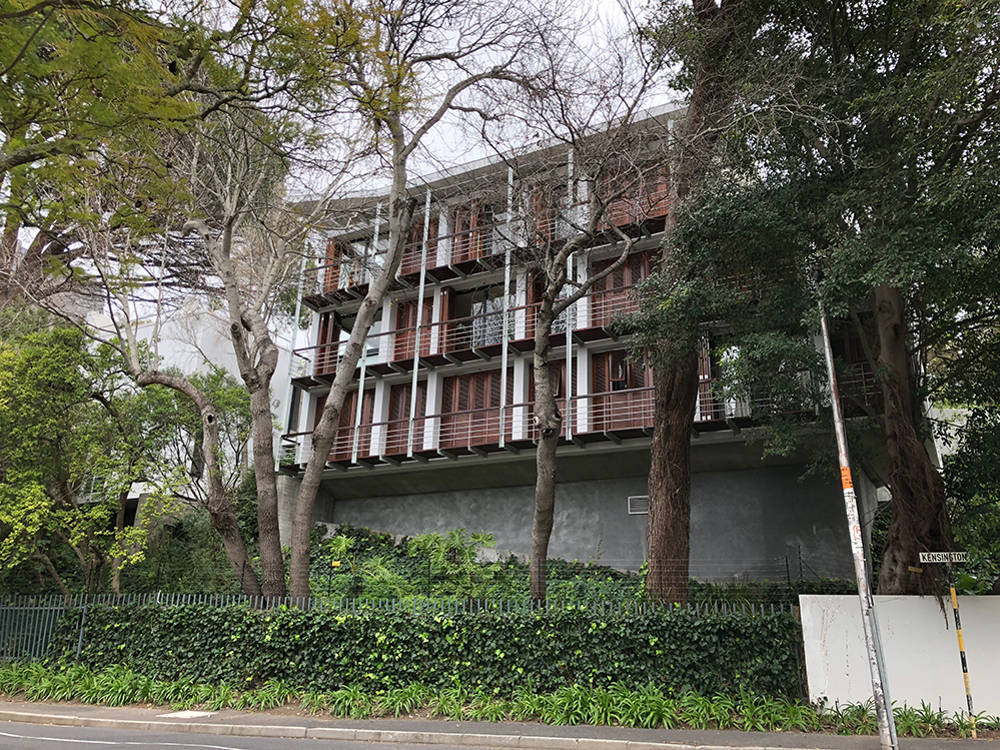 “We decided to move to the area for the schools,” says a resident whose daughters attend St Cyprians. “It is the only IEB girls’ school in Cape Town and it offers a wonderful, rounded, whole-child education.”

Other well-regarded schools close by in the City Bowl include Hoërskool Jan van Riebeeck, Herzlia High and the German International School.

Slightly further away, are the Southern Suburbs’ schools, but residents can factor in the convenience of an easy school run against the traffic. 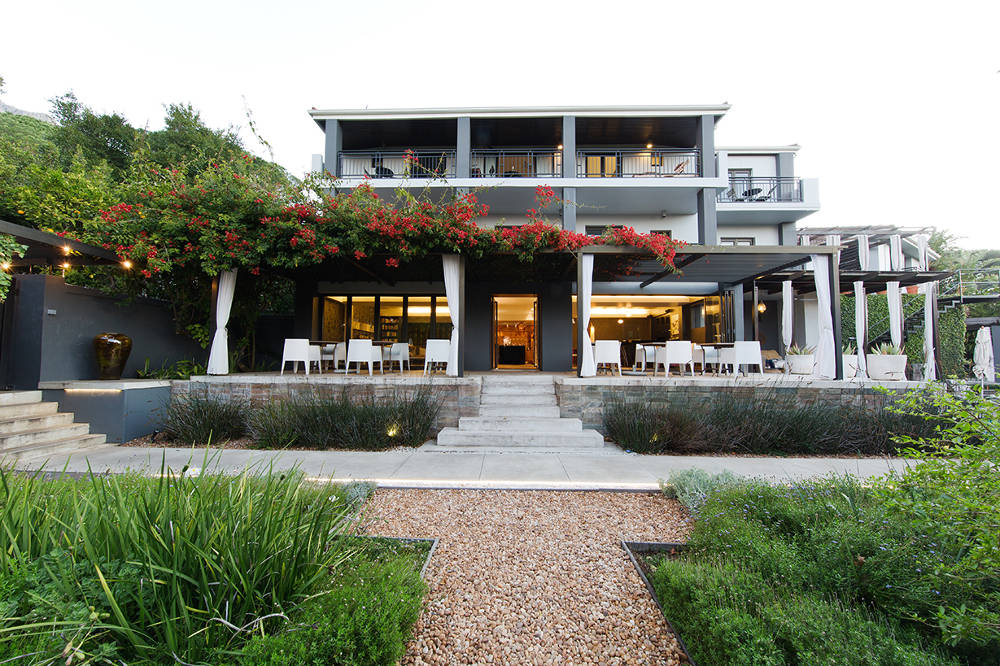 Walking is a favourite activity here as Table Mountain is practically your backyard with trails, hidden paths and steps leading up through the suburb’s green spaces, such as the Higgovale Trail off Leeuwenhof Road, where there’s plenty of forested green space for kids to adventure and mountain bike, as at Glencoe leading to rock climbers’ secret spot of Higgovale Quarry. Or walk down into the buzz of Kloof Street, with its endless choice of restaurants, and across to De Waal Park for leisurely summer Sunday concerts.

Then there’s the neighbouring Oranjezicht City Farm, another green oasis, which followed on from the establishment of Oranjezicht and Higgovale Neighbourhood Watch.

Sheryl says of the motivation for starting the farm, “People are looking to be reconnected with themselves, each other and with nature. Growing food is a lifestyle that is inherently centred on community – it’s a cooperative effort. Food gardens bring people together – people who may not have met otherwise.”

The farm has since grown beyond the two neighbouring suburbs, with the market now held at Granger Bay, but locals can still volunteer at the urban farm, pick their own vegetables on Saturdays and join workshops there.

“Being wind-free is a major factor of living in Higgovale – and the views are fabulous. You really feel as if you’re living in the country, with squirrels and hadedas and guinea fowl in your garden, but you have the proximity to town and good schools. And there’s very little traffic within the suburb.”
Janet Malley, resident 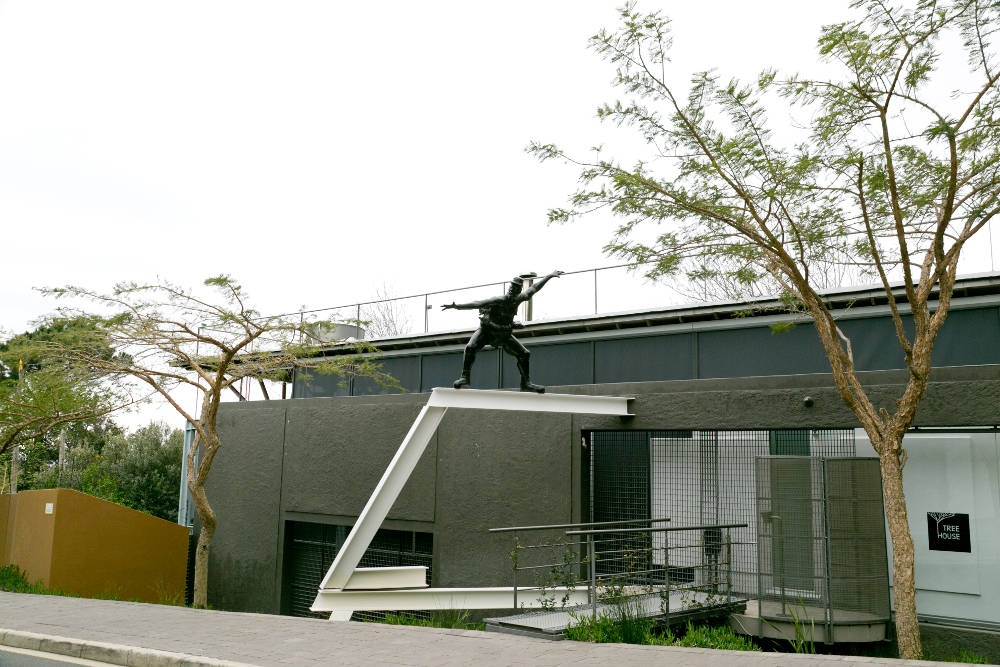