Ice cream isn’t just a summer treat, and it shouldn’t be packed with preservatives or artificial ingredients. That’s the philosophy of Paul Ballen, owner of Paul’s Homemade Ice Cream that’s dedicated to producing artisanal ice cream made with love. The company has just opened its first retail store in Rosebank, and we chatted to Paul to find out more.

When did your Rosebank store open?

The launch of our Rosebank store was our first attempt at moving into the retail space. Our store opened up for a trial period in December 2015 but we realised after three months that there are more do’s and don’ts in the retail space than we ever thought possible. We never intended to do things half-heartedly, and so we decided to close up shop for a week and come back even bigger and better in February 2016. We’re constantly striving to perfect our offering and will be continuously tweaking our store. 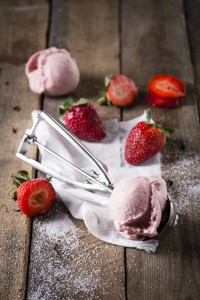 How are you changing the way South Africans eat, think and feel about ice cream?

Ice cream culture in South Africa is non-existent and all our efforts go into bringing it up to the same standards that are prevalent in the US and Europe. This includes educating consumers about the differences between good and bad ice cream, making them aware that ice cream isn’t just a seasonal treat, and introducing it to the market as a social food. We do this by creating events around the product and making sure Paul’s Homemade Ice Cream appears at cool and trendy gatherings. We also emphasise that we are ice cream artisans: unlike most ice cream producers, all of our ice cream is handcrafted and handmade with love.

What are some of your most popular flavours?

What does the future hold for Paul’s?