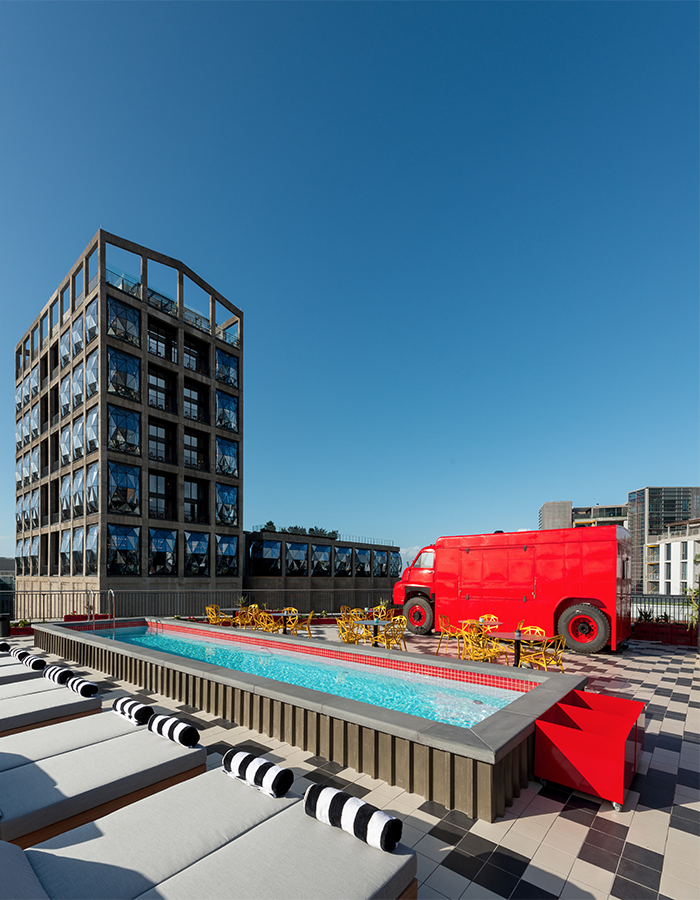 The V&A Waterfront’s No 6 Silo building, housing the Radisson RED hotel, won a Green Buildings Council of SA (GBCSA) award for the Best “Other” Development, which makes it the first new hotel to receive a 5-Star Green Custom Hotel Design rating. It was also awarded a 5-Star Green Hotel As-Built rating. The Green Star is a points-based green building rating system that evaluates buildings according to global best practice in sustainability.

GBCSA technical head Georgina Smit says when No 6 Silo was conceptualised, there was no locally available green building certification tool for hotels. The V&A’s ambitious commitment to green, however, resulted in the project initiating the first Custom Hotel tool to be developed in South Africa, by making use of the GBCSA Custom Tool process. “The GBCSA acknowledges the role that the hospitality sector plays in raising awareness about sustainability and how travellers are increasingly requesting accommodation and transport options that reduce their carbon footprint,” she says.

“No 6 Silo is an example of a green hotel that connects guests to alternative city transport options, precinct scale services that optimise efficiency – such as the innovative central seawater cooling plant – and attention to detail when it comes to dematerialisation in the interior finishes.” Several sustainable elements were considered. The surrounding industrial and warehouse setting of the working harbour and the Zeitz Museum of Contemporary Arts Africa (MOCAA) was considered in the design of the building. Concrete and face brick form an integral part of the architecture, giving the hotel a contemporary aesthetic look and ensuring low maintenance.

Explaining the V&A Waterfront’s sustainability philosophy, Vusi Nondo, executive manager: development says, “We value this latest accolade and all that it signifies as our buildings are an important asset to the V&A Waterfront and we take pride in applying a rigorous approach to sustainable development. We take a holistic approach to sustainability, and this was the key principle behind our developments at the Silo District, and elsewhere in our developments. Every element of new developments is scrutinised to maximise the efficiency of the design and the operation of the buildings.”