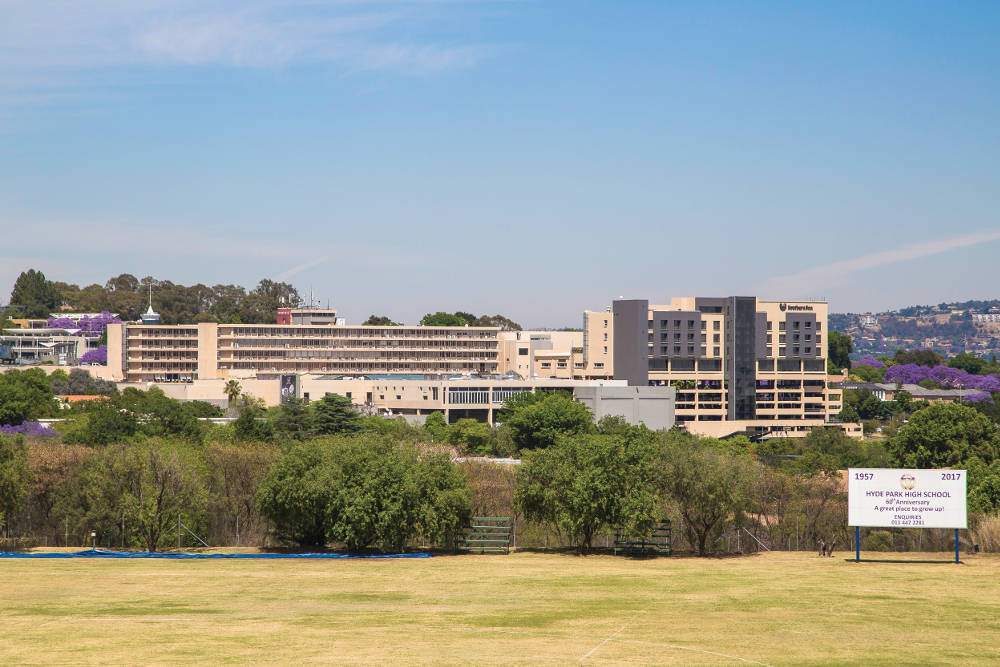 Hyde Park is an affluent suburb of Joburg, bordered by Illovo, Sandhurst and Craighall Park. It is renowned for its large stately homes with expansive gardens, and contains the Hyde Park Corner mall, one of Joburg’s most exclusive shopping destinations, with restaurants, coffee shops and leading designer brands all vying for customer attention. 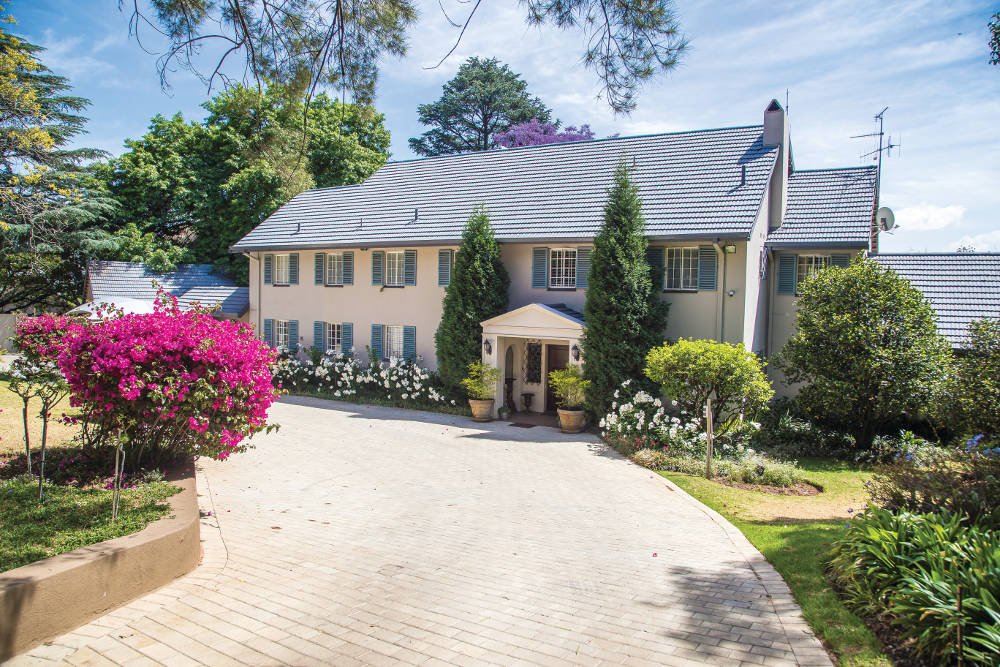 Nicky Obel, the owner of Norwood’s Ascot Hotel, lives in one of the “airport” apartment blocks over the road from Hyde Park Corner. These blocks, called Shannon, Schiphol and Orly, are surrounded by rolling lawns and communal swimming pools, removing residents from the roar of the nearby Jan Smuts Avenue and William Nicol Drive.

Nicky bought and renovated an apartment in Schiphol two years ago, after renting in the building for another year. She wasn’t specifically looking for a home in Hyde Park, but when she found the rental, she liked it and gave the area a try. She has come to love the “overseas” lifestyle – living in walking distance from the shops, while feeling safe in a secure apartment block.

“My flat is awesome. It’s 203m2, and I open-planned it so that it’s really funky and light. It has three bedrooms, and a balcony overlooking the gardens,” she says. She loves the expansive grounds, and says that her son in particular likes to use the lawns for soccer practice and to swim in the lovely big pool.

She says that the real benefit of living in Hyde Park, is how central it is. “It’s in close proximity to everything that you need. You just have to run across the road. And when I need to get to Parktown North or to my kids’ school in Victory Park, it’s just a short trip away. Work in Norwood is a little bit further.” 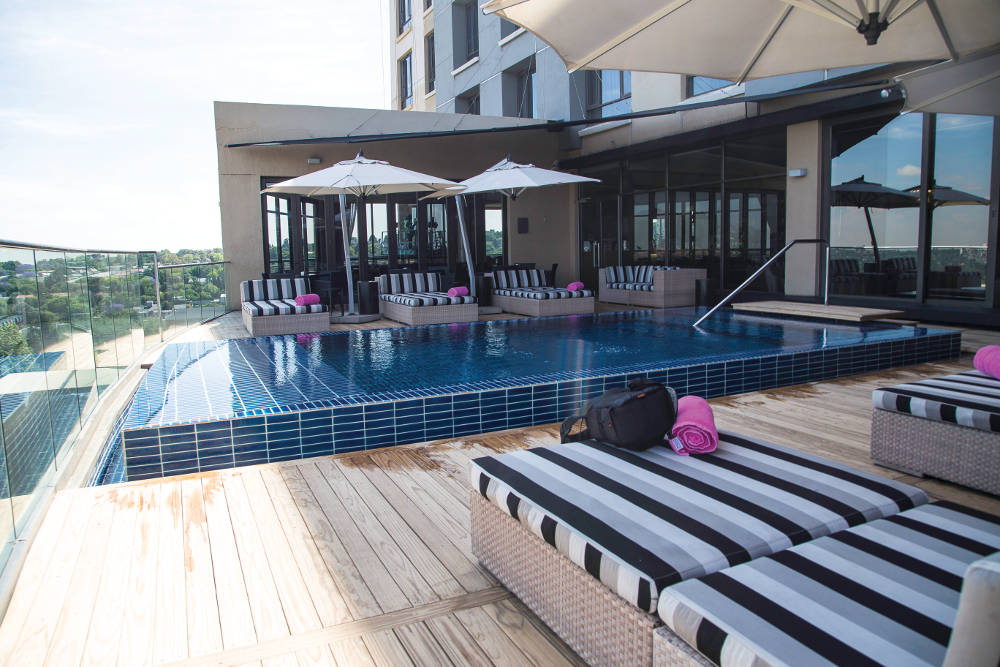 Hyde Park has the well-known government school Hyde Park High, and its central location places it a short drive away from many of Joburg’s leading schools, including St Katharine’s, The Ridge, and St Teresa’s. 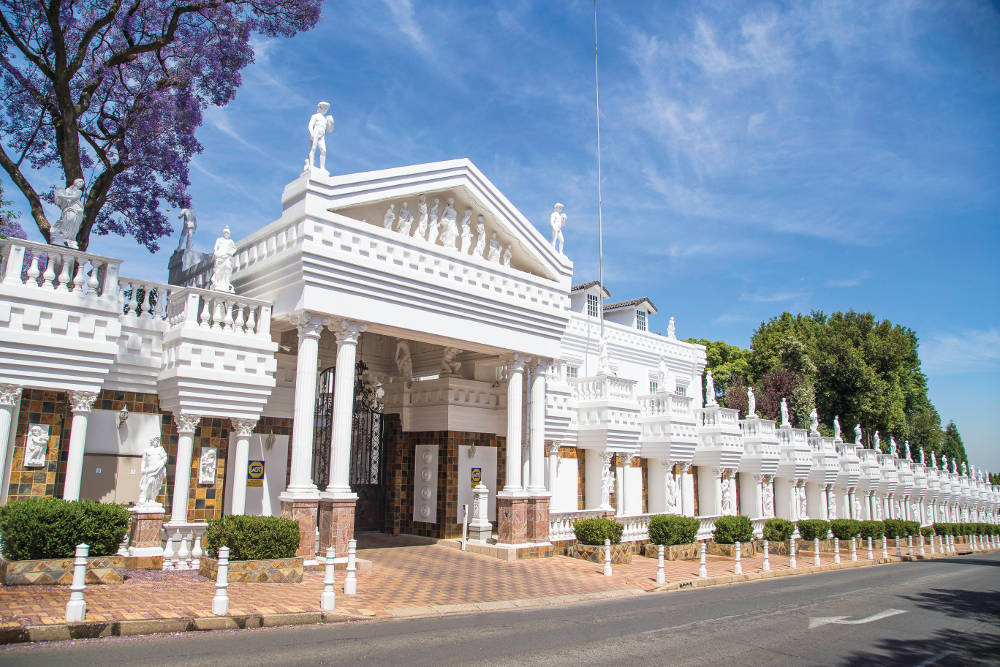 One of the landmarks within Hyde Park Corner is Exclusive Books, a destination for literature lovers and culinary connoisseurs alike. “Our Hyde Park store is more than just a book store, it also has a coffee shop and a restaurant, the Social Kitchen & Bar, and has the most book stock in our group – many dozens of thousands of individual titles, so it’s the store where you’re most likely to find the book that you’re looking for,” says Ben Williams, general manager: marketing, Exclusive Books.

He adds that it offers an “extraordinary view” over the northern part of Hyde Park. “To see the sun setting on the urban forest is a magnificent spectacle. People come here to be social, pick up a magazine or book and read it at leisure, and strike up a conversation with someone else doing the same. And then they might linger over a beer or a cocktail in our relaxing, enjoyable space.”

Exclusive Books is also a popular destination for authors launching their newest books, and last year the store hosted two record-breaking launches from authors Redi Tlhabi and Jacques Pauw, who both drew audiences of over 1,000 people. Nicky is a regular customer of the book store, and also often shops at the centre’s bustling Woolworths, which she describes as “a Godsend”.

She says that her favourite local restaurants, while not strictly in Hyde Park, are Royale, a Cuban Restaurant in Craighall Park, and Pronto in the Colony for excellent Italian. And So Yum in Hyde Park Corner is her favourite place to eat there. “But it’s also just lovely to be so close to Illovo, where I can go to the Fishmonger, and Wanderers, where I take my kids for soccer and karate,” she says.

The best thing about living in Hyde Park is my apartment! I love the way it makes me feel like I don’t live in Joburg, and my kids are entirely safe.
Nicky Obel, resident 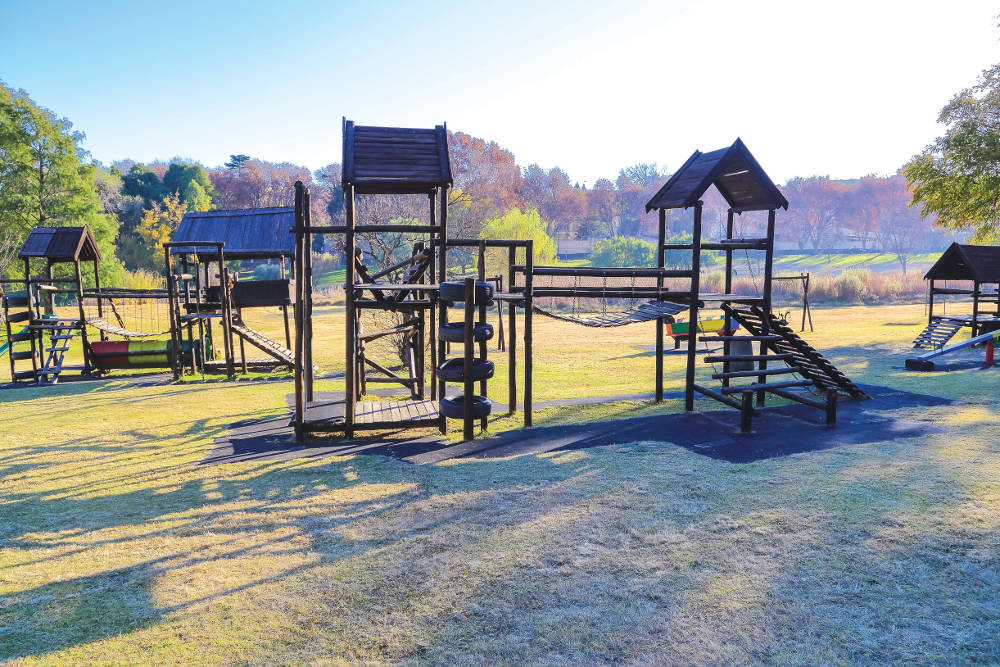 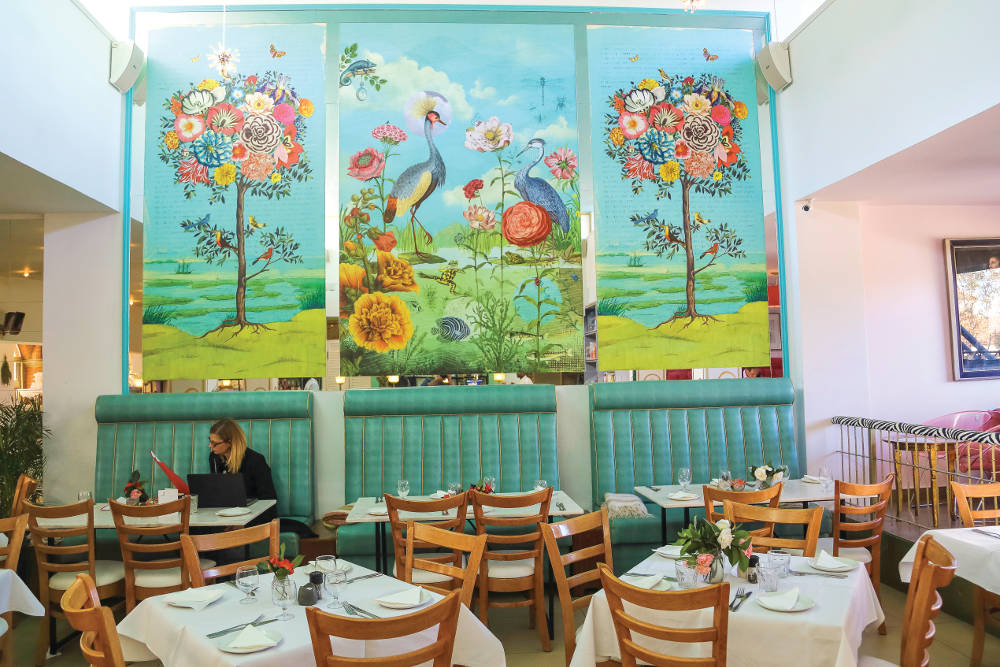