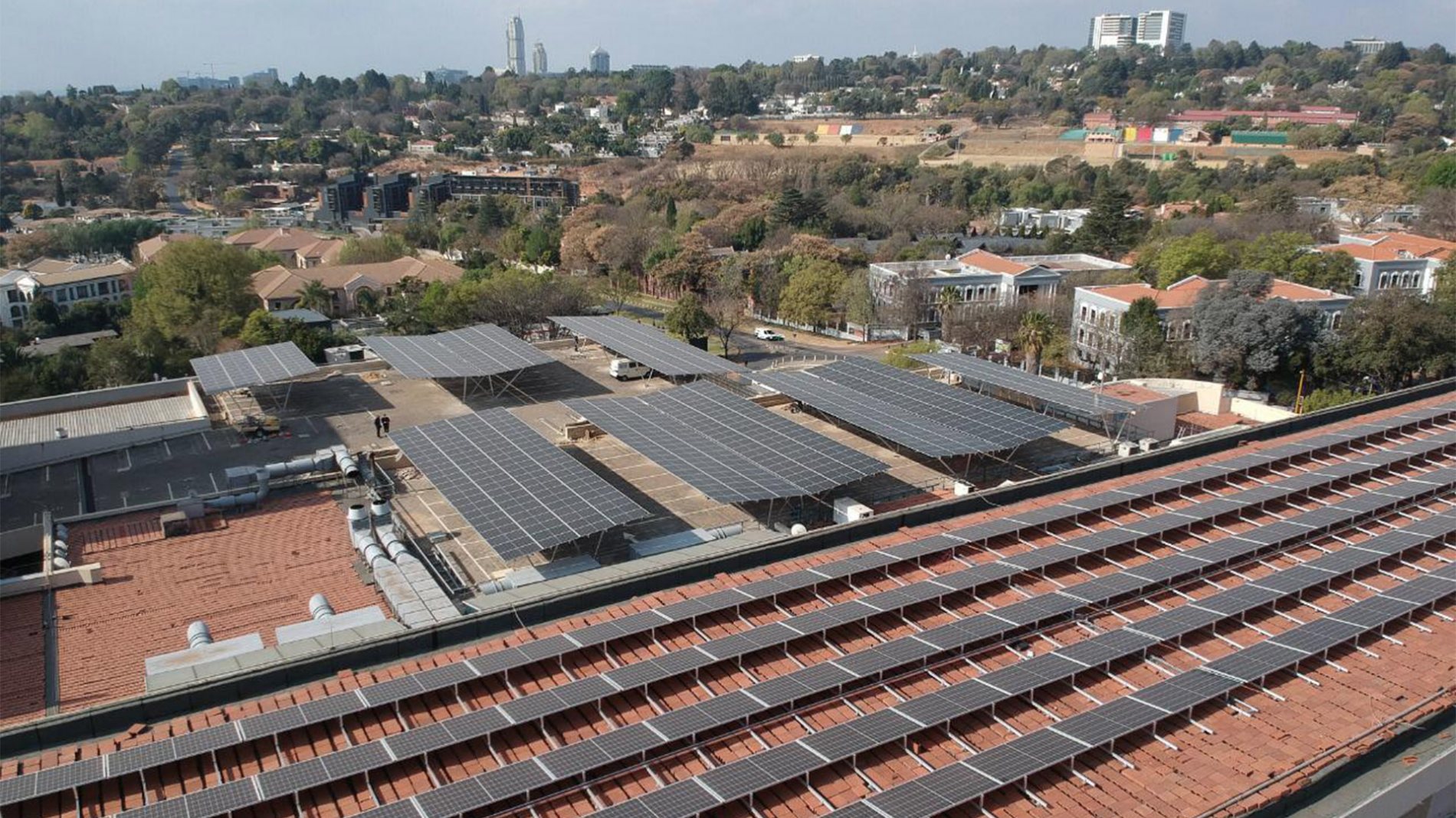 The carbon footprint of Hyde Park Corner has decreased with the installation of a 384kWp solar PV system on the two office block roofs and carports on the North Eastern parking deck. The system, rolled out by Solareff, consists of 900,430W half-cut Mono Percium panels currently viewed as the most commercially efficient panels available. The panels will generate approximately 674,400kW/h energy per annum, translating into a saving of approximately 701.4 tons in carbon emissions every year. This equates to 5.38 % of the total annual energy requirements at Hyde Park being produced from renewable resources.

The mall’s holding company is conscious of the business’s environmental impact. Hyprop CEO Morné Wilken says, “As part of Hyprop’s drive to continually minimise the impact on the environment, one of our key focus areas is to reduce the consumption of natural resources where possible. The installation of solar – a renewable energy source – is only part of our drive towards positive change in creating safe environments and spaces where people can connect and be part of a community. At completion, six of our nine malls will use solar power.”

Hyde Park Corner’s general manager Jacqui McGeehan says, “This roll-out of solar panels will also mitigate the risk of continuous, rising electricity costs for the company. The electrical power generated by the solar system is fed back into the centre grid and consumed in total.”

Best of both worlds