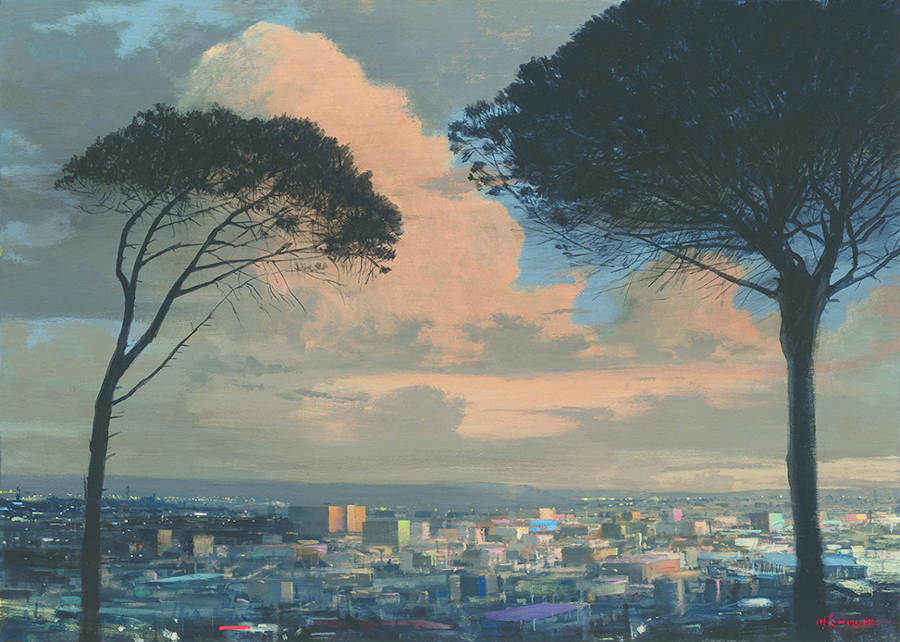 L and Rewoven comprises a considered body of work by MJ Lourens juxtaposed with selected paintings of JH Pierneef from the La Motte Museum collection.

“The essence of this exhibition is to interpret the conflict within the landscape, past and present. It’s not merely about hanging old and new landscapes together – it’s about underpinning the importance it has, viewed through modern eyes. Despite the burden of ideology or politics, the land remains the milieu where we all find ourselves and running through it all is a common thread. The golden light. The golden thread.

“I only discovered the paintings of JH Pierneef later on in my life and was surprised with the similarities. I started painting landscapes because of an attraction to how the light felt on a dying Sunday evening. I could face that with paint rather than to dissolve in it all. 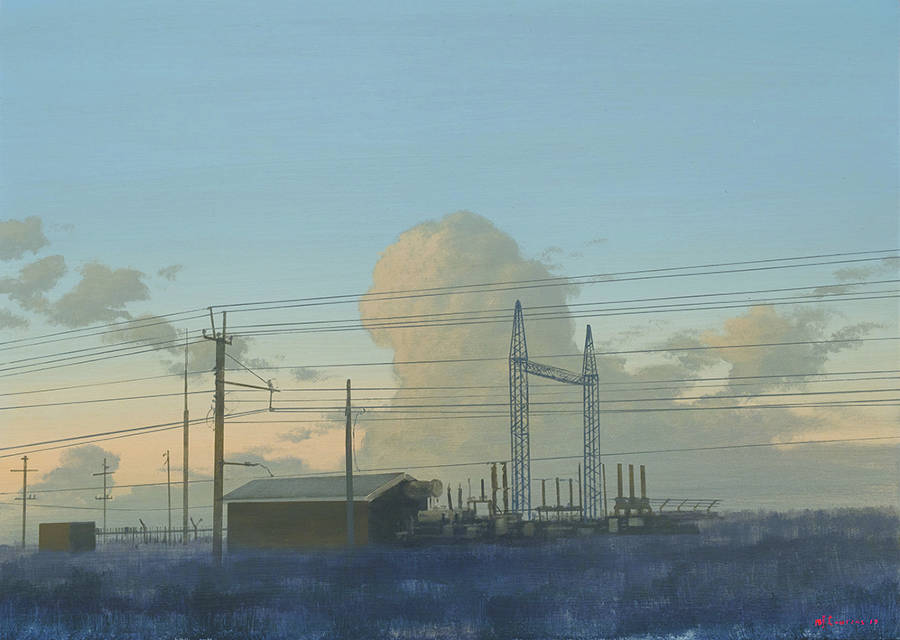 “What we do have in common, though, is that we have both smelled the earth at the beginning of a thunderstorm at a random place in and around Pretoria.

“These landscapes are not about paintings hanging on walls. They are there to help make people aware of their surroundings, visually. To like their vista and not be afraid of the melancholy it instils. The moment when a collective feeling determines a glimpse of recognition. Familiarisation. I wanted to convey that.” – MJ Lourens.

Land Rewoven is on from 9 August to 12 January next year. The La Motte Museum is open from Tuesday to Sunday, 9am to 5pm (for winter hours, visit la-motte.com)
Closed on Christian religious holidays
Entrance is free 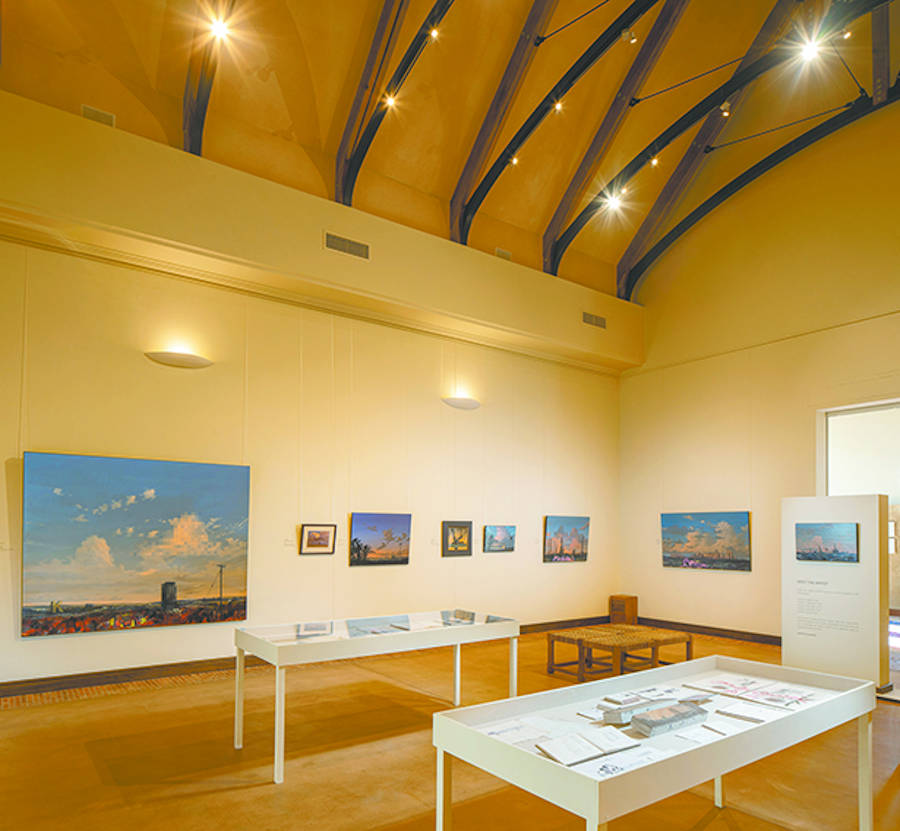