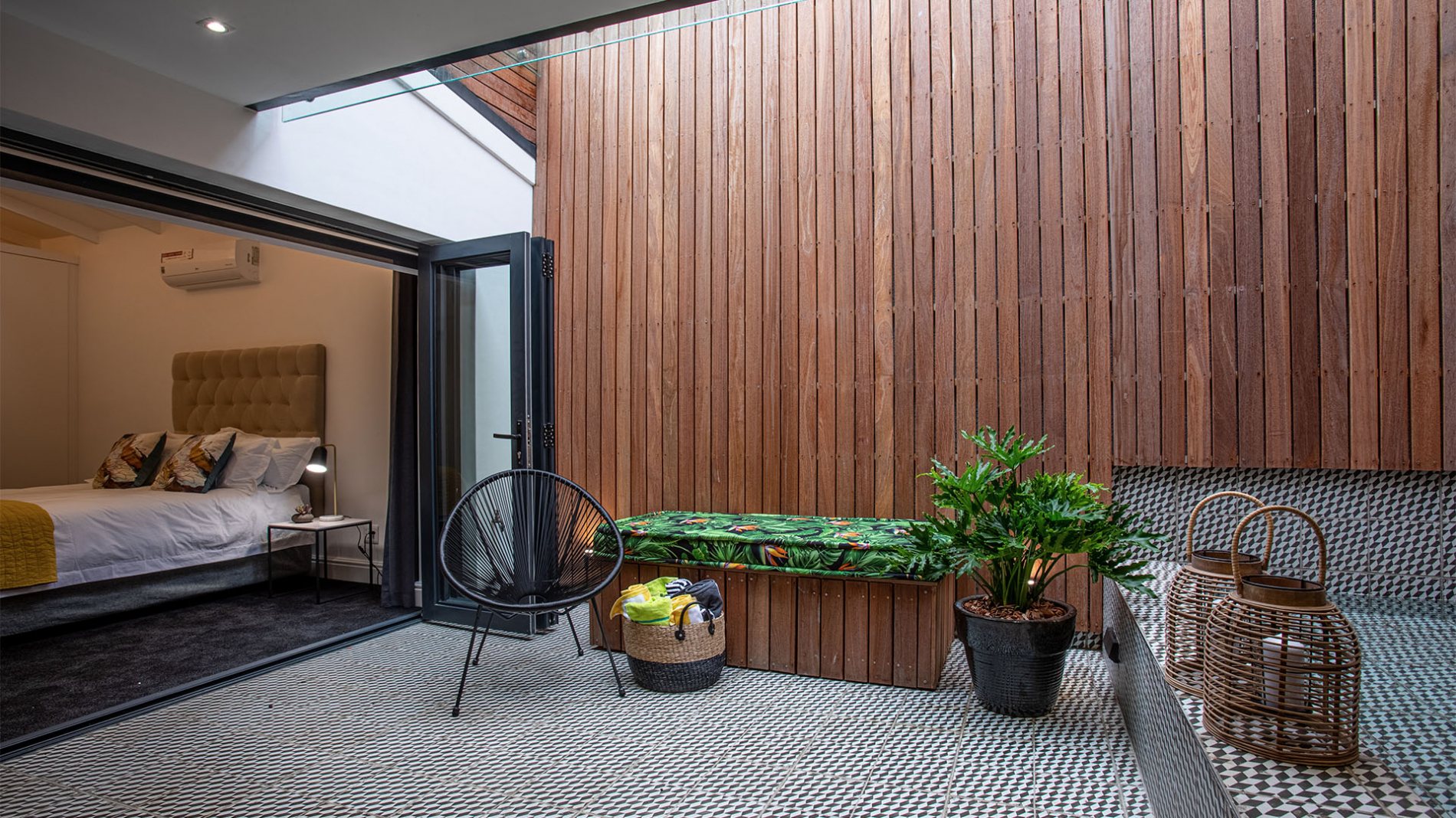 Looks are deceiving – especially when it comes to the divine three-bedroom Bantry Bay cottage, Fir House, built around the 1920s. Its charming black and white façade gives little clue of its dramatic and contemporary new interior that opens up completely to a secluded outside area. 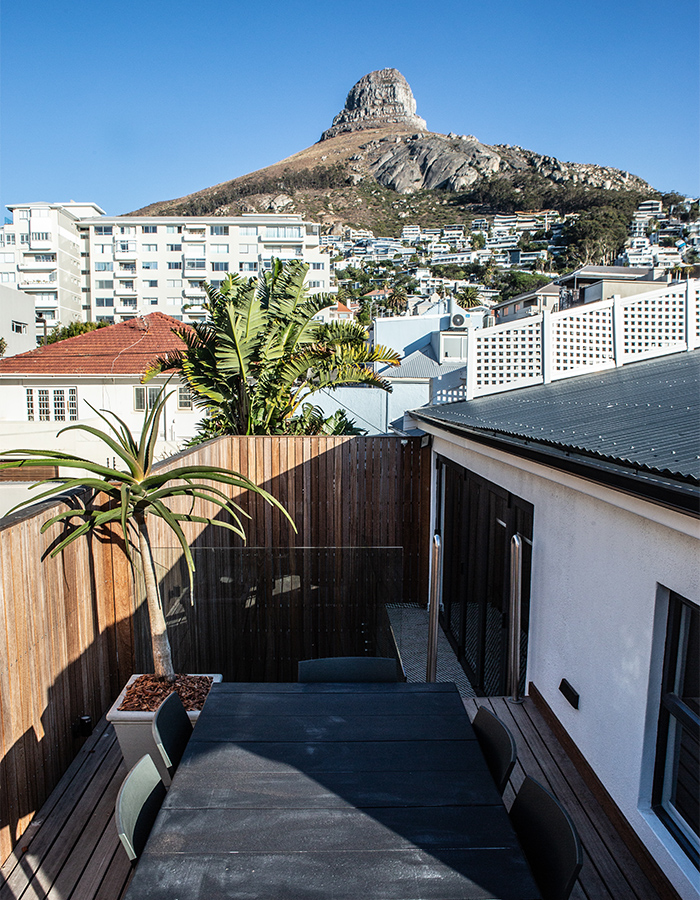 But although the home is a delightful coming together of old and new, this was no quick fixer upper. To turn the cottage into its current status of dream abode required not only vision but a great team – especially since a previous renovation had a second storey added to the home that could be reached by two staircases, one inside and one outside.

Enters contractor Ian Northing of Innovation Projects, interior designer Floris Marais of Suttie & Marais Designs, and Rini Harrington and Helene Siepman, two interior decorator sisters. They had their work cut out for them. First up was to install steel beams and joints to support the upper level and allow the living areas downstairs to become open plan.

The kitchen ceiling was removed to create a double-volume space connecting both the first and second floors. Dramatic glass lights enhance this connection, extending from the ceiling down through the open central space to light up the kitchen island workstation.

Opening up the space even further, the landing above is bordered by a frameless glass balustrade that allows light to filter down to the floor below. Upstairs are two en suite bedrooms, a study space, and access to the roof deck along a narrow walkway. 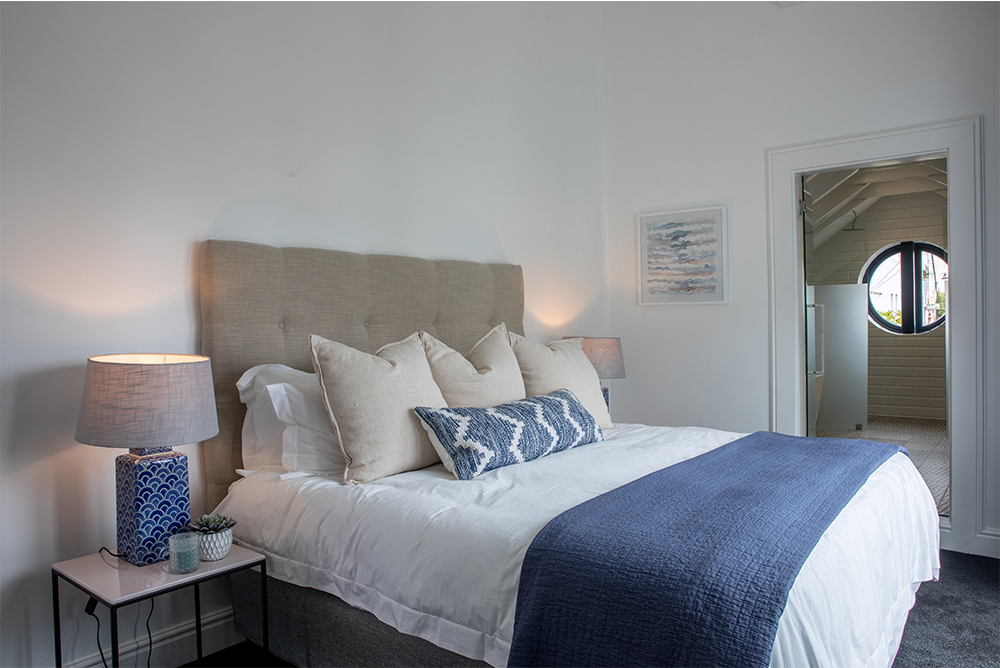 On the deck, you can stack a fire for a braai before taking a breather to enjoy dramatic Lions Head views or peek past the Balau timber cladding down into the double-volume courtyard below. The downstairs courtyard has a small splash pool, and sliding doors lead back into the house through either the third bedroom or the kitchen, creating a seamless flow between exterior and interior.

The timber in the courtyard and roof deck is one of the few nods to a natural palette – inside, most of the key features are monochrome. Black and white floor tiles are used in both the interior and exterior spaces, including the stoep outside. The exposed beams, window and door frames, spiral staircase, and original fireplace are black. Fancy a walk on the promenade, famous for its stunning sunsets, or need to stock up the food cupboards? Don’t fret – all are within walking distance, as are a choice of restaurants, coffee shops and some of the area’s delightful delis and niche supermarkets. 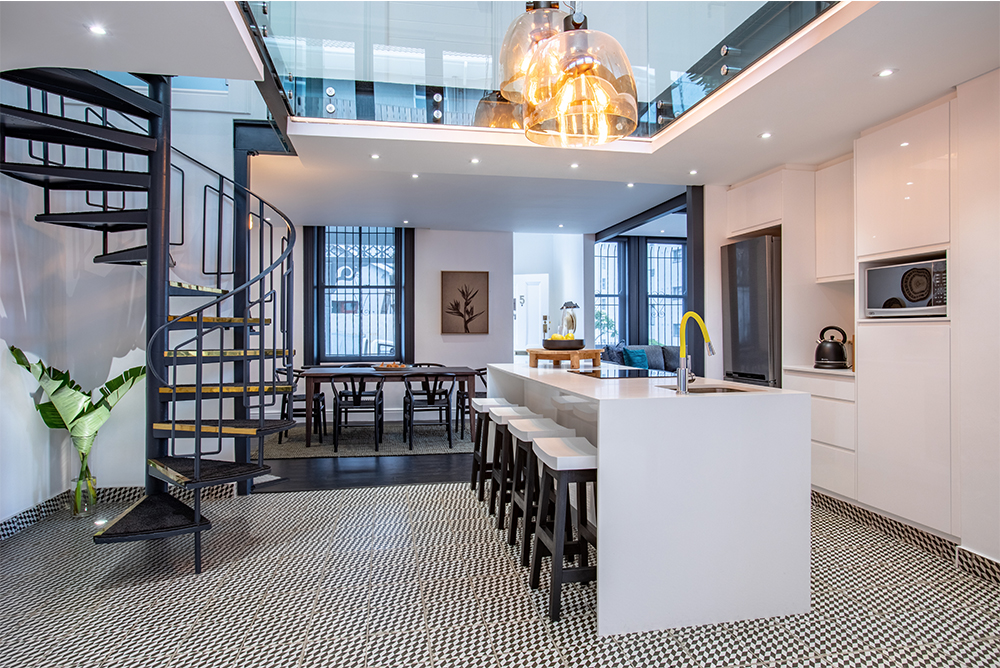