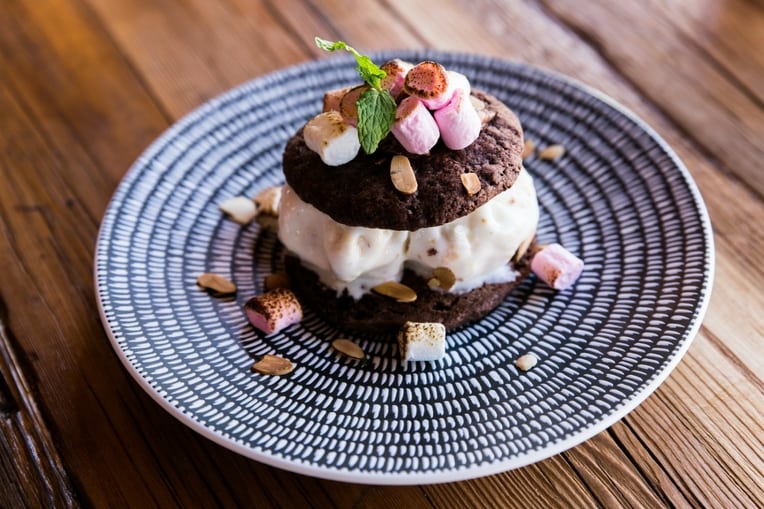 Watch out Jozi: the sexiest eatery in the city is here. Named after the famous market just off Barcelona’s La Ramblas, La Boqueria is an all-day tapas-style restaurant inspired by Spanish food markets around the world. But just because the food is informal doesn’t mean that La Boqueria is rough around the edges. From the sleek mid-century lounge furniture, booths and low lighting to the floor-to-ceiling windows and a six metre painted mural of a Spanish torero adorning one end of the double volume space, every single design detail has been meticulously thought out and stylishly executed. The result is an impossibly sexy bar and tapas-style eatery that oozes retro sophistication. 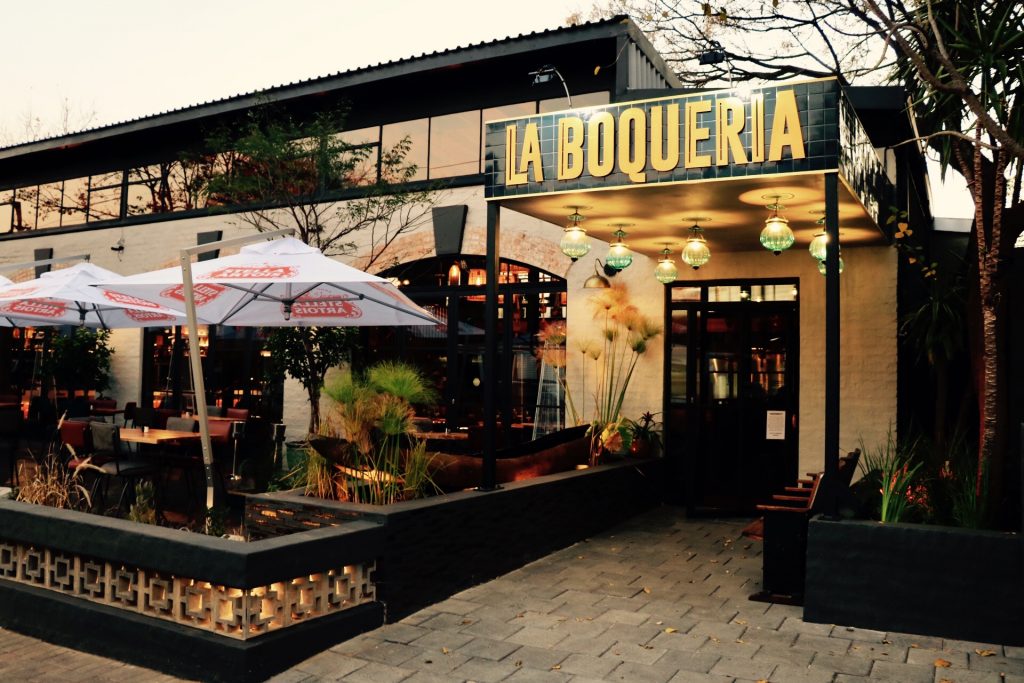 La Boqueria has the same owners as The Foundry (next door), but that’s where the similarities end. Compared with its somewhat more conventional neighbour, La Boqueria feels more experimental and daring, translated through its original menu and unusual wine list. The food here is about sharing and feasting, with a focus on traditional market-style cooking such as wood ovens and live fires. To start (para picar), try the blistered edamame or the anchovy, olive and pickled pepper sticks, or the creamy smoked oxtail and red onion marmalade toast, served with horseradish and fresh lime.

The menu also nods firmly to seaside markets, with dishes like slow-cooked paella, smoky paprika queen prawns, and scallops soaked in vodka-infused Tiger’s Milk, red onions and pomegranates. There’s also a great selection of finger-style street food, like the serrano and asiago croquettas and “Las Ramblas Bravas” dressed with a paprika tomato salsa and garlic aioli. In the “Coals” section, a stand-out dish is the 500g dry-aged “Son of a Butcher Man” rib eye on the bone, kabobs, lamb, chicken, and don’t miss the marinated, skewered kabobs of lamb, pork belly, chicken and rump. 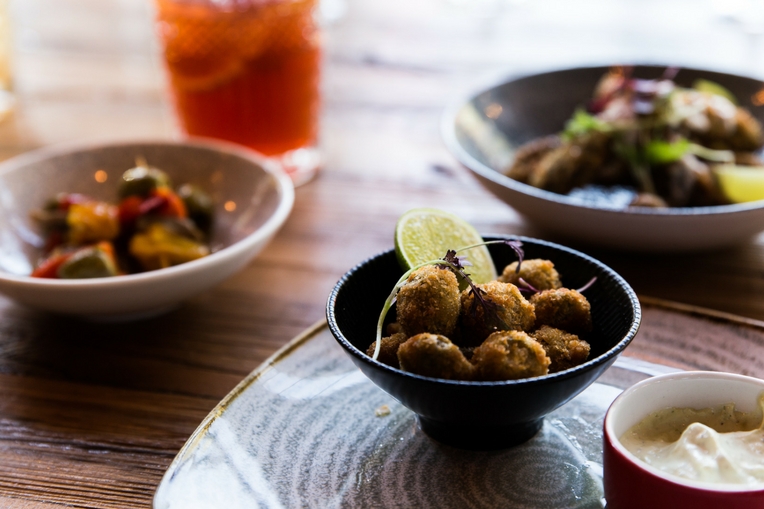 If you’re not meat eater, the delicious coal-fired aubergine means you can still enjoy the smoky flavours that live-fire cooking offers. To finish off, don’t miss the GinTonic Tart, and the very moreish churros with a chocolate hot pot.

The food isn’t the only thing begging for your attention though – the wine list is impressive in its own right too. As a departure from most of Jozi’s other wine bars, La Boqueria champions the best of South Africa’s small, boutique wine farms that are often overlooked by the larger brands.

Under direction from passionate wine aficionado Angela Jordaan, the wine list features a huge range of wines by the glass to encourage tasting, and you’ll find an ever-changing selection of new, unusual bottles from boutique wine farms in celebration of up-and-coming winemakers. As Angela says, “There’s so much out there on the South African wine scene: our goal is to make Joburg drink better.” With its sultry bar that lets the late afternoon Jozi sun stream in as a lazy afternoon becomes the evening, a session at La Boqueria is bound to make you do just this.