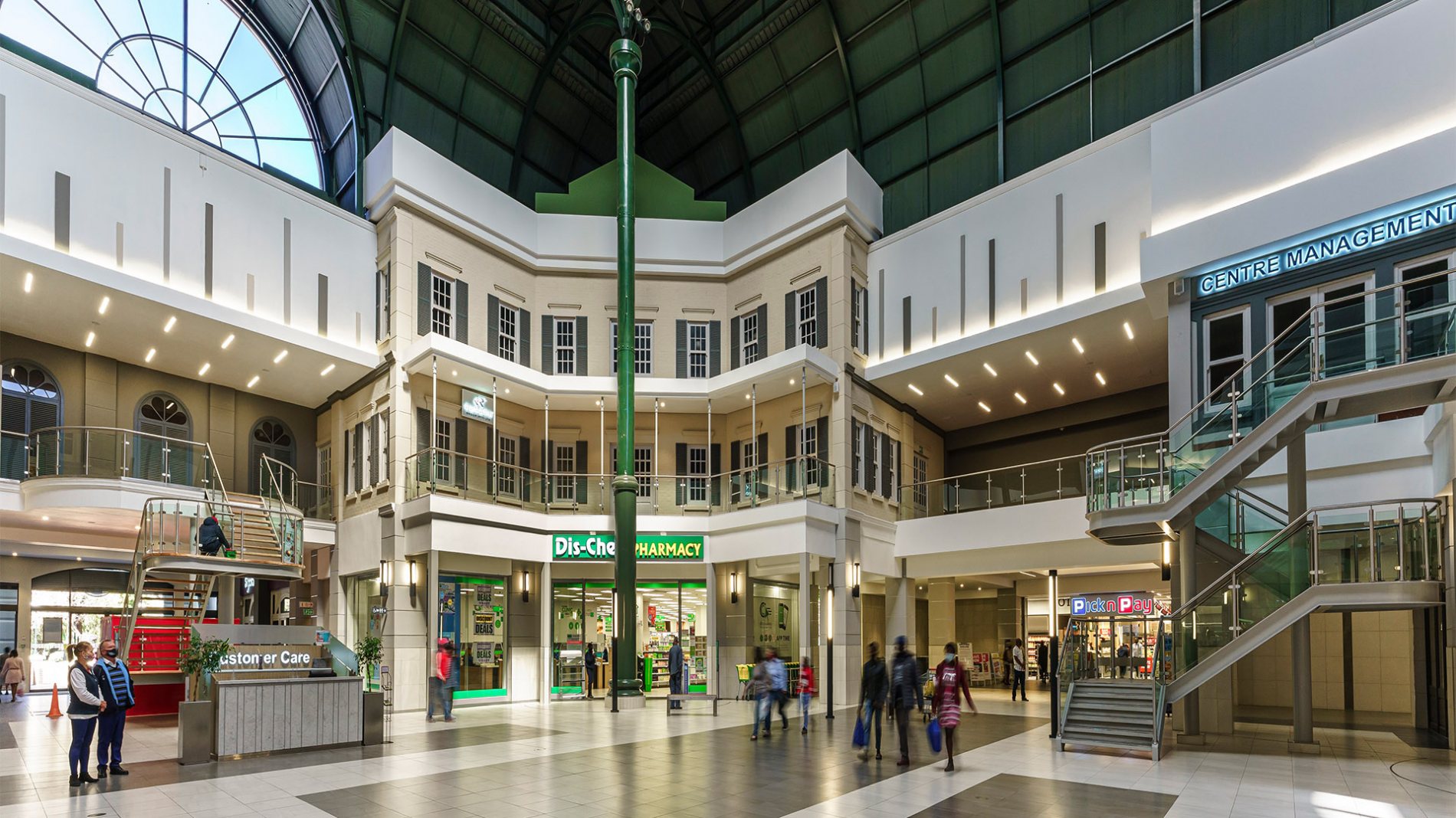 Placing these popular retail brands side by side has created a powerful anchor that balances and complements the weighty combined appeal of Lakeside Mall’s Woolworths, Shoprite and Clicks on the opposite side of the 67,000m2 regional shopping centre.

“The reconfiguration and introduction of Pick n Pay and Dis-Chem to Lakeside Mall were made possible by Shoprite waiving the exclusivity clause in its lease for the benefit of the shopping centre and its customers, which is commendable indeed. We’re incredibly proud of this redevelopment, which fundamentally improves Lakeside Mall as a whole,” says Mark Langley, head of development, retail, Growthpoint Properties.

There is a brand-new external-facing shopfront on the mall’s prominent west facade, overlooking Bunyan Street.

The reconfigured space represents 4,900m2 of gross lettable retail area and the mall is being highly selective in handpicking a tenant for this area, to add to the strength of the new retail mix.

The redevelopment concludes Growthpoint’s three-year, multimillion-rand programme of investment and improvement at Lakeside Mall. They began upgrading the mall’s interior in 2018 to achieve a beautiful modernised aesthetic. This refurbishment created a clean, contemporary look with new entrances, ceilings, tiles, columns, handrails, upgraded ablution facilities and energy-efficient lighting. All these elements add to a quality experience and ease of shopping.

The addition of the latest leading retailers to the mall has been a long time in the making. In 2014, Lakeside Mall’s 5,000m2 13-cinema complex closed and remained empty. To restructure the former cinema space for retail purposes, Lakeside Mall’s owner, Growthpoint Properties, invested R75m in its redevelopment.

The major project proved to be quite a challenge, with demolition and construction work taking place within a busy, trading mall. The mall area in question was initially built for specialised cinemas, which are very different structurally from shops with large trading floors.

Planning the delivery yard for Pick n Pay also presented a puzzle for the development team to solve. The new shops and the entire surrounding mall are raised one storey high on stilt pillars. This area extends to form a bridge that reaches across five lanes of Benoni’s busy Tom Jones Street, and links to the upper level of the larger part of the mall.

As part of the project, the mall’s parking area nearest to the new Pick n Pay and Dis-Chem was also upgraded and reconfigured, to make it quick and easy to access the exciting new shops in this area.

Chantell Roemer, portfolio manager, Growthpoint, remarks, “This upgrade is for Lakeside Mall’s customers. We think they’re going to be delighted with the new level of community convenience at Lakeside Mall. We’re pleased to offer shoppers more product variety and great value, with something for everyone, in their own neighbourhood.”

The mall and its owners also hope to invest even more in improvements soon by adding a slip road into the mall directly from Bunyan Street. Besides making it even more effortless for shoppers to meet their daily needs, this would also be a valuable source of investment capital and employment in Benoni at a time when both are needed more than ever before.