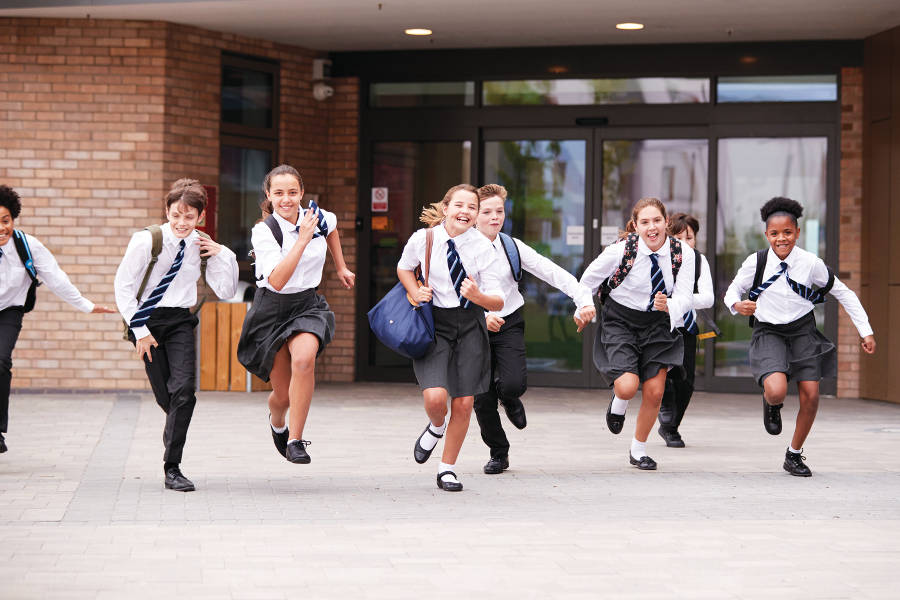 Clearly, we all want the best schools we can afford for our children, and other than for private schools, that involves falling within the speciﬁed catchment area. There’s high demand for top schools on the one hand and limited places on the other, so begin your homework as early as possible.

As Adrian Goslett, regional director and CEO, RE/MAX of Southern Africa, says, “Not only will having a home near a well-respected school make a parent’s life easier in terms of the commute and coordinating the various extramural activities, but it also holds solid investment potential. There will always be a demand for them, which also makes this a safe purchase for investors.”

Goslett advises buyers with children to make contact with the principal at the school of choice, to ascertain which suburbs get preference when it comes to admission.

“Each school adopts a general admissions policy with their own unique applications. For example, if there are two schools within a suburb, a school might base their admission requirements on proximity by road rather than solely by district requirements. You may be referred to a school 1km away from your home by road as opposed to being accepted in the school 4km away.”

Charmain Scott-Wilson, Seeff Rondebosch, uses her area as a good example. “With about 18 to 20 top schools and the University of Cape Town (UCT) in the Rondebosch area, parents are spoiled for choice. This reﬂects in the sales. Supply of properties in zones with top-class schools tend to always be a challenge, as parents hold on to their properties for many years. In Rondebosch, because of easy access to UCT, the life cycle is even longer.” She adds, however, “As a word of caution, selling a property well-located in relation to good schools doesn’t mean buyers will pay prices out of kilter with the market. Those properties certainly do tend to sell for (slightly) more than those located further, but it doesn’t mean buyers will overpay.”

When it comes to prices, there will always be other factors at play, but proximity to a sought-after school means there’s high demand, and that means greater interest, faster sales and higher prices.

Michael Bester, director and managing partner, Tyson Properties Atlantic Seaboard and City Bowl, concurs. “Properties in the catchment areas of good traditional schools come at a premium, even in a downturn.” He advises, “Be prepared to pay that extra for the convenience of not sitting in traffic to get your kids to school or their extra-mural activities. Be open to renovating a ‘ﬁxer upper’ in these areas, and add monetary and lifestyle value to the house. Also consider the driving routes from the house to school – try to ﬁnd homes with a less ‘traffic intensive’ route to the school to cut down time spent in the car.” If the property is within walking distance, so much the better.

Goslett adds, “According to the South African Education Policy, where possible, children should be given access to a state school within 5km of their home. Private schools, however, are free to admit learners according to their own admission policies, provided no one is refused admission on the basis of race or religion.

“If your child has been refused access to your nearest government school, ask to see the official communication from the Education Department that states that the school is full for that academic year. If the school refuses, then parents can contact their local district