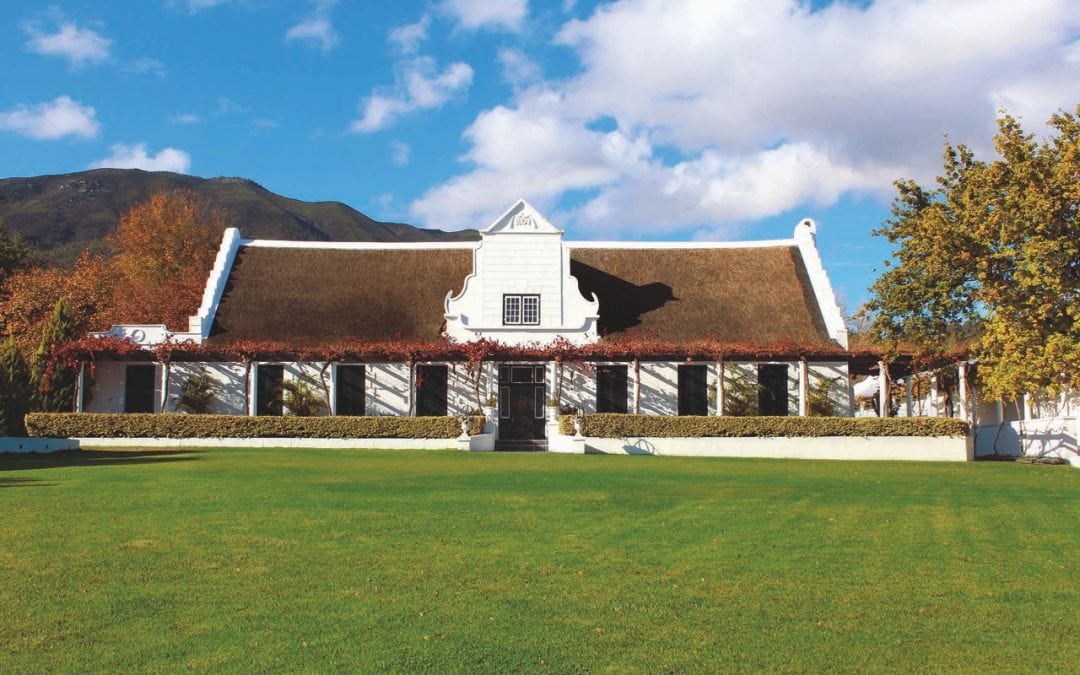 The name Linton Park, while may not be familiar to some, holds a certain degree of prestige simply through the sound of it

This sense of prestige could not be more well-suited; every part of Linton Park – its history, its estate, its wines, impresses and inspires. I was one of the lucky people who was invited to a special event on the 23rd of February at the estate in order to unveil Linton Park to the media and some special guests in all its glory. 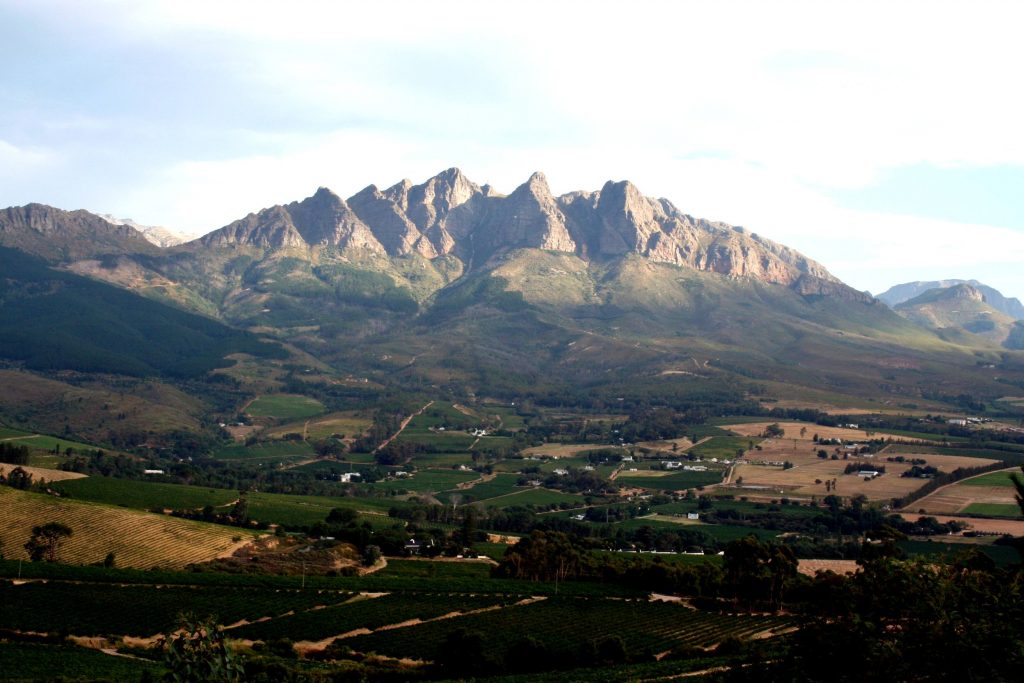 Found just outside Wellington, Linton Park could certainly classify as a hidden gem. The Stellenbosch Winelands are very well-known, but Wellington, which is just next door, is not as familiar to most locals.

The estate, like many wine estates in the Western Cape, has a rich history. In 1699 De Slange Rivier farm was granted to Louis Fourie, a French Huguenot, by Governor Willem Adriaan van der Stel. Once Fourie took charge of the farm he developed its agricultural landscape and planted its first vines. The deed was dated 28 February 1699, meaning that the farm turned 318 this year. You will find the original document preserved in Linton Park’s Manor House art and furniture collection.

Just over twenty years ago, in 1995, the farm was bought by Camellia Plc. Camellia Plc also has a legacy to it, however, it is only about half the age of the farm. It’s a multinational and global business group and employs over 76 000 people worldwide. The group is involved in many different ventures, some of which are tea gardens, macadamia, citrus, barley, pineapple, almond and avocado plantations in the agriculture and horticulture sectors. 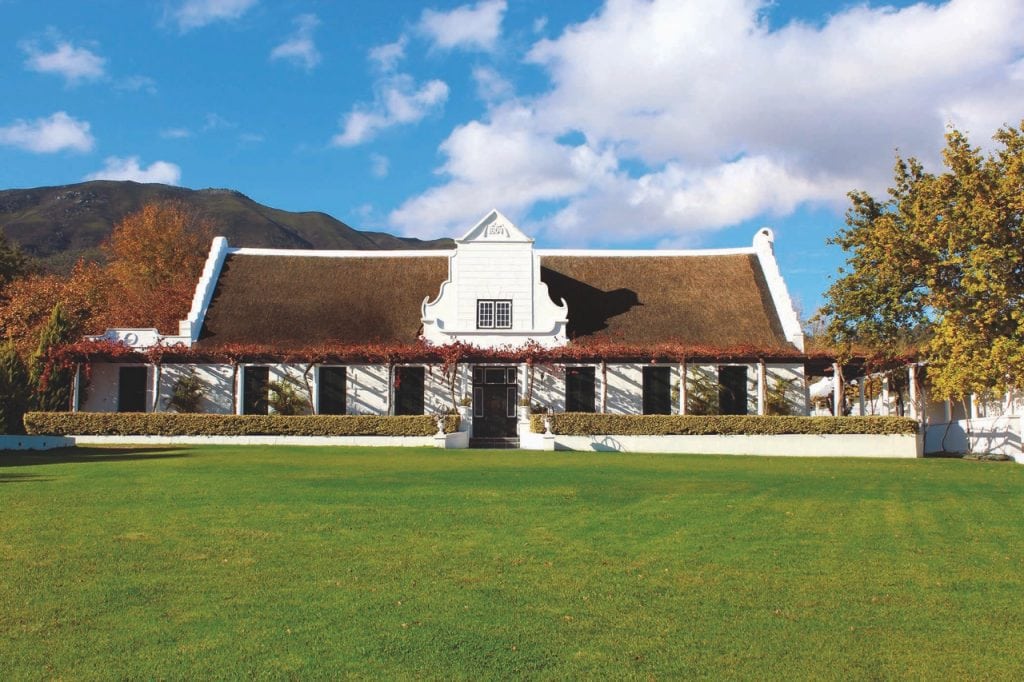 The event was hosted by Mr Malcolm Perkins, Chairman of the United Kingdom based Camellia Plc group that purchased Linton Park in 1995, Berenice Barker, Marketing and Sales Director of Linton Park, Hatch Communication and their amazing teams.

Leaving from Cape Town, it takes about an hour to get to Linton Park. As is often the case with Wellington, it promised to be a scorcher of a day, and as I stepped out of the air-conditioned shuttle at 10am, there was no doubt about it.

One of the things I found most impressive about the event, especially as someone who is quite sensitive to heat and sun, was how the hosts managed to keep the heat at bay. From the elegant Panama hats we were given, to the cold towels offered on silver trays and the misting racks on the terrace where we had lunch.

Once you stepped outside the cool tasting room you caught your first glimpse of the Manor House and the stunning grounds. There were waiters in crisp white shirts and bowties, a coffee bar and beautiful glass urns with different flavours of iced tea (from Camellia Plc’s very own tea plantations). After welcome drinks, introductions and chats, we moved across the lawns to where some seating had been set up, along with a wooden bar, croquet and boulle.

We got to sample the Méthode Cap Classique, in fact we were some of the first to try it. It’s actually a rosé, a blend of Chardonnay and Pinot Noir, giving it a lovely peach colour. It was delicious; tart, flavourful and refreshing.

Just before 12pm we moved to the terrace of the Manor House, the misting racks offered some welcome relief after making the short trip from the shade to the lunch table – it was almost 40 degrees. Each guest was poured a glass of the Linton Park Sauvignon Blanc which I think was my favourite wine of the day, crisp and floral. The entire event was catered by Slippery Spoon and I must say I was very impressed, everything that I tasted, even the flavour combinations I was unsure of, was delightful. The highlight had to be the fire roasted fillet presented on pink Himalayan salt slabs – it was still sizzling as it was set upon the table. I had this with the Linton Park Café Cabernet, it is definitely one of the best Cabs I have had recently; rich and full yet still very smooth and soft. 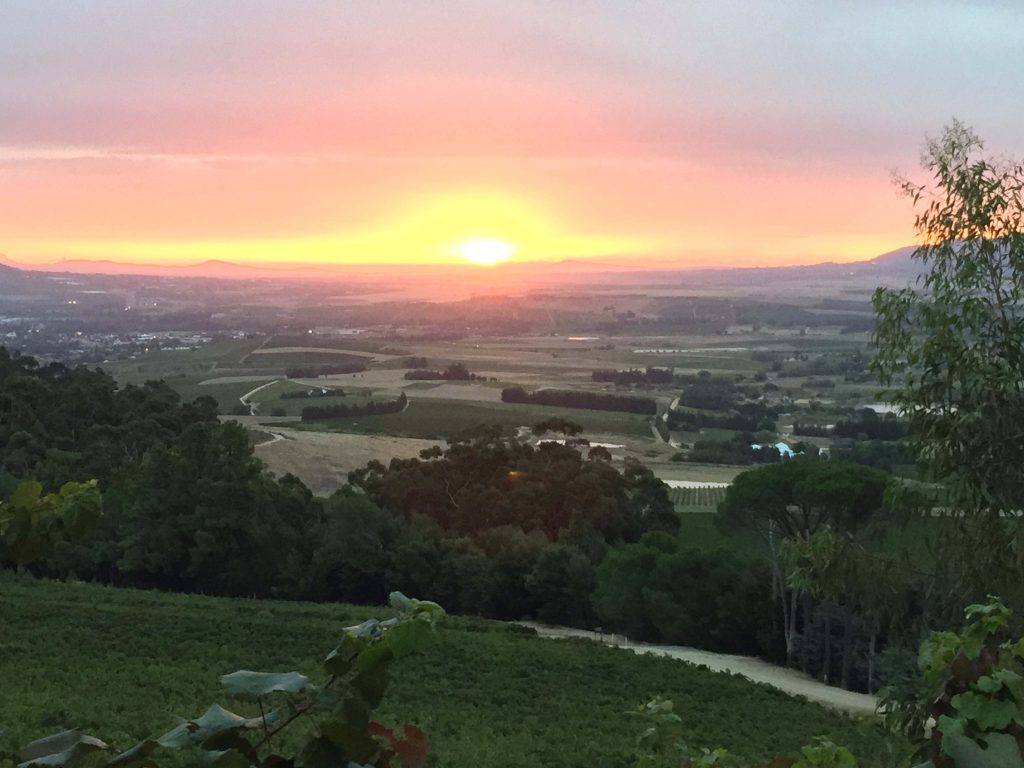 It was a glorious and memorable day, I left feeling quite special very lucky to have been asked. I can’t wait to go back.

Make it your mission to explore Wellington the next time you’re in the Winelands, with Linton Park at the top of your list.

Keep an eye out on their Facebook page for updates, news and upcoming events.