Get in on the ground floor 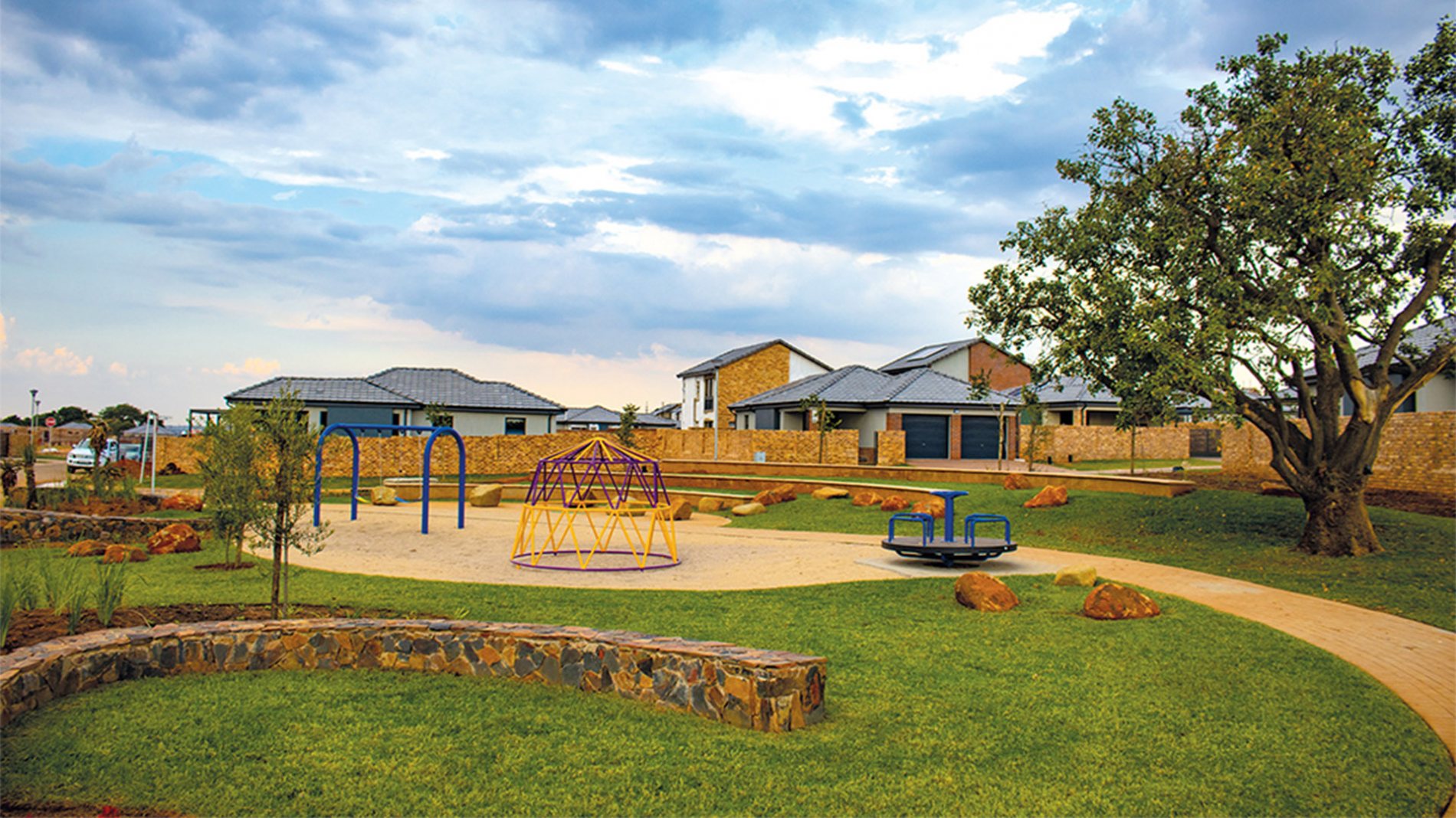 It takes a special kind of vision to be able to look at a construction site, bustling with diggers and workmen, and imagine the finished product. When it comes to Lion Pride Lifestyle Estate, however, it’s the early bird that catches the worm

Just 10 minutes away from Lanseria and the busy Fourways area, the much-anticipated Lion Pride Lifestyle Estate in the north of Johannesburg offers an incredible opportunity for those looking to put down roots and invest in property. As a development, it will offer all the amenities expected from a top-class estate, including 24-hour security, a private school, landscaped parklands, and a shopping mall – but at a price that puts it within reach of families earning a combined household income of R35,000 per month.

With eight security estates in total, there’ll still be plenty of opportunities to purchase a property within the estate – and you might feel tempted to wait and see how the estate evolves. However, there are several reasons to jump in now and know that your investment is in good hands.

Get in touch with the Lion Pride team 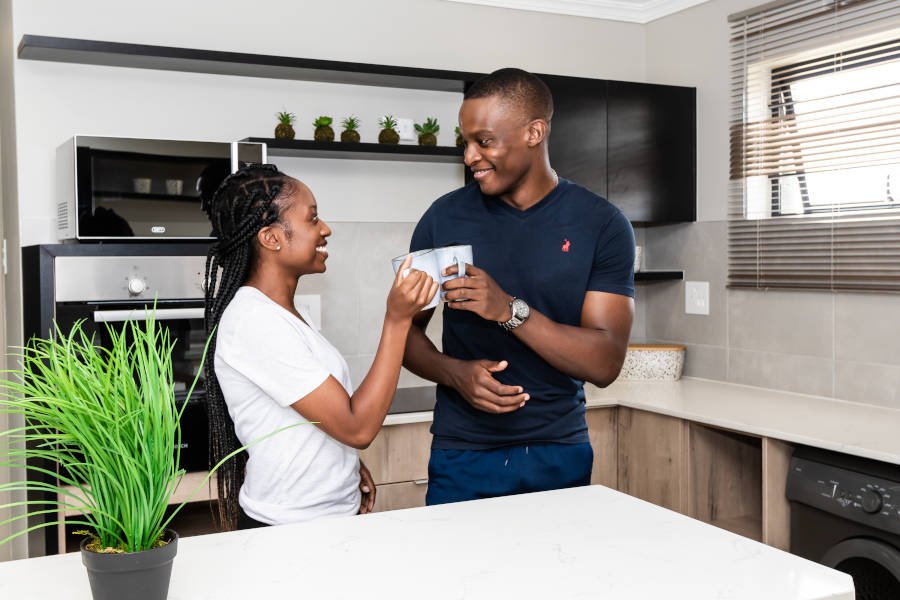 Purchasing in the earliest phase will always bring you the highest return. Not only are the houses the most competitively priced when the development is launched, but as each consecutive phase brings price increases, it brings built-in capital growth. So, the earlier you buy, the more your investment will be worth. Owners can expect an estimated 10% growth annually. Since the launch in September last year, the price of the 188m2 house has already increased from R1,6m to R1,785m (11.5%).

In future, once the estate has become more established and is a better-known spot to settle in, it will certainly be harder to find such a bargain. And, when compared to similar property in the north of Johannesburg, it really is an unbeatable value proposition. Currently, Lion Pride’s houses start at R1,152m for 73m2 and R1,785m for 188m2. At the top end, that’s R9,500/m2 for a four-bedroom, 2,5-bathroom double storey house including the stand – less than you would pay for a two-bedroom apartment in surrounding areas. 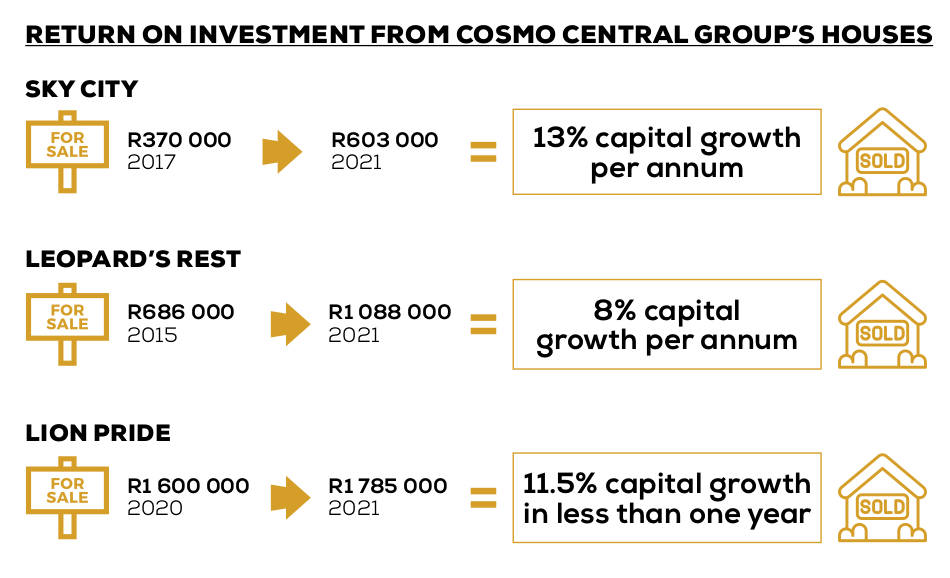 YOUR HOME, YOUR LEGACY

In reality, though, nothing in the area compares with Lion Pride. It gives residents their own gardens and a freestanding home in a secure estate. Another aspect that makes Lion Pride a cut above the rest is its full title property offering. Typically estates are sectional titles, which means that the owner only has free rein of the inside of the house and the external walls and garden are common property maintained by a body corporate. However, full title gives homeowners real full ownership. This means the opportunity to extend and renovate your home, to adapt it to your needs, and make the most of your investment.

Since you’ll be buying directly from the developer you also don’t pay any additional costs like transfer duties applicable to properties over R1m. This means that at Lion Pride you save up to R70,000 in costs. You also get 12-month guarantees on your roof, plumbing and electrical installations as well as a five-year NHBRC warranty. 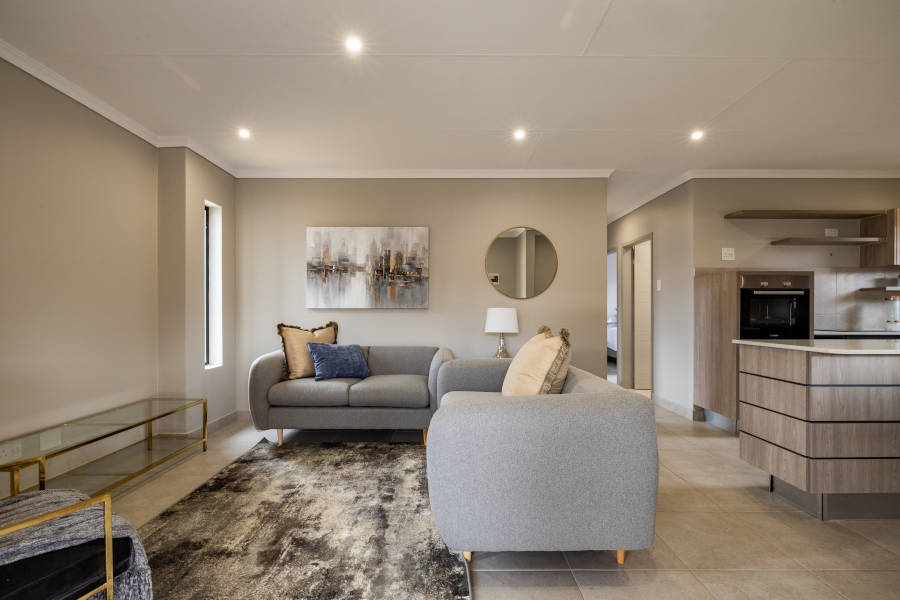 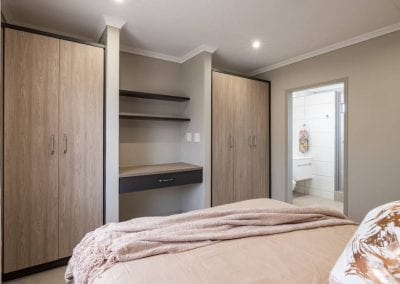 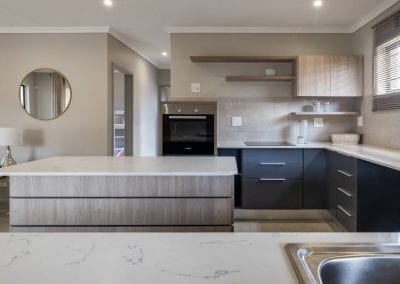 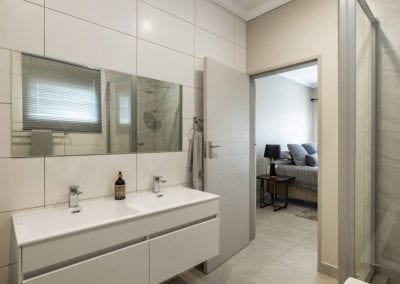 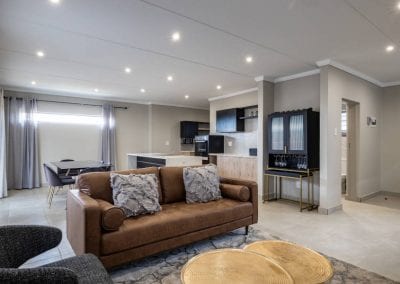 Lion Pride Estate promises a lot, but how can you be sure that it’ll be delivered? Lion Pride is a collaboration between Cosmopolitan Projects and Central Developments who combined their skills in developing and managing security estates and delivering large-scale developments with quality homes and lifestyle amenities priced for the average South African. As a group, they’ve delivered more than 65,000 residential units over the past 28 years. Lion Pride is a culmination of lessons they’ve learnt from previous developments and has grown to meet the ever-evolving needs of residents. Security has always been one of the key demands, and each of the eight estates within the greater Lion Pride Lifestyle Estate will have 24-hour security and biometric access control.

There’s little point in building thousands of homes without giving residents the infrastructure they need. So, a school, shopping centre, and recreational facilities have been added to the mix. It also has full fibre-to-the-home (FTTH) internet connectivity. Each individual estate of the greater Lion Pride estate will be managed by its own Homeowners Association (HOA), with an overarching HOA responsible for maintaining the shared communal facilities, security and public infrastructure. This will ensure that the highest standards will be maintained and to ensure continuity, Cosmopolitan Projects and Central Developments Group will manage this HOA for five years after the final property in the development has been transferred. 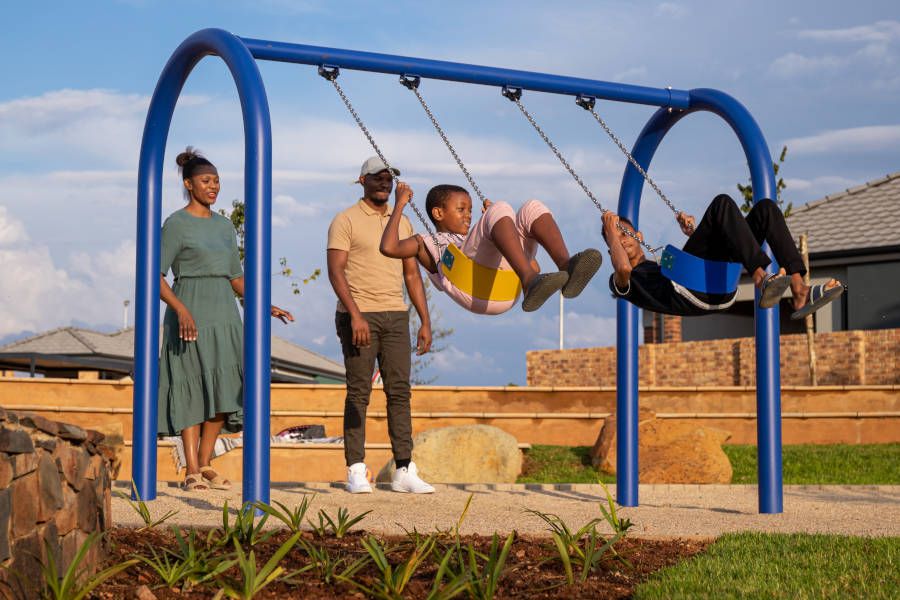 However, those who worry that the scale of development in the area might affect their quality of life, rest assured. The R114 is being upgraded from the Lion Pride Estate entrance to Cedar Road, giving residents quick and easy access to Fourways. And the protected 17ha of beautifully landscaped recreational spaces within Lion Pride Estate mean that residents won’t have to travel far to get their fill of wide-open spaces. 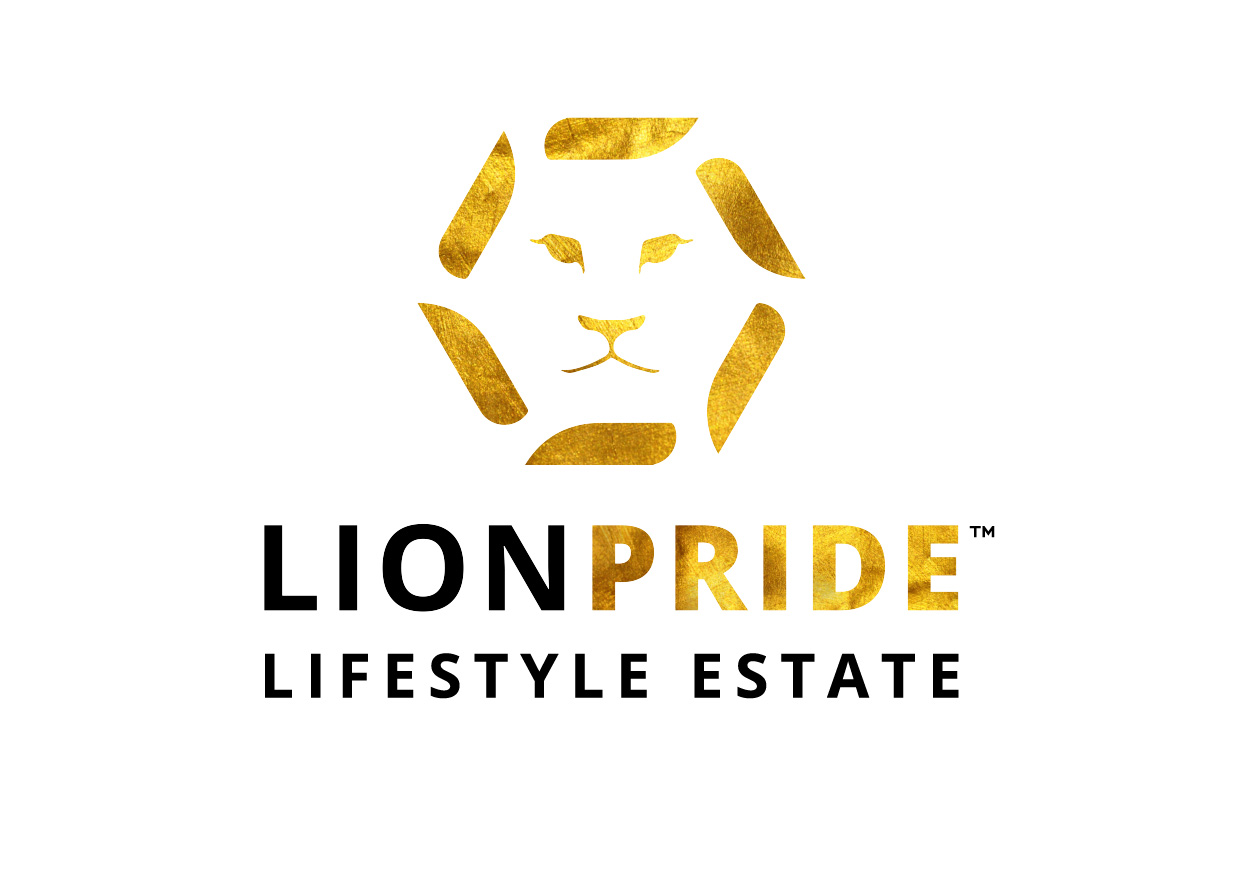