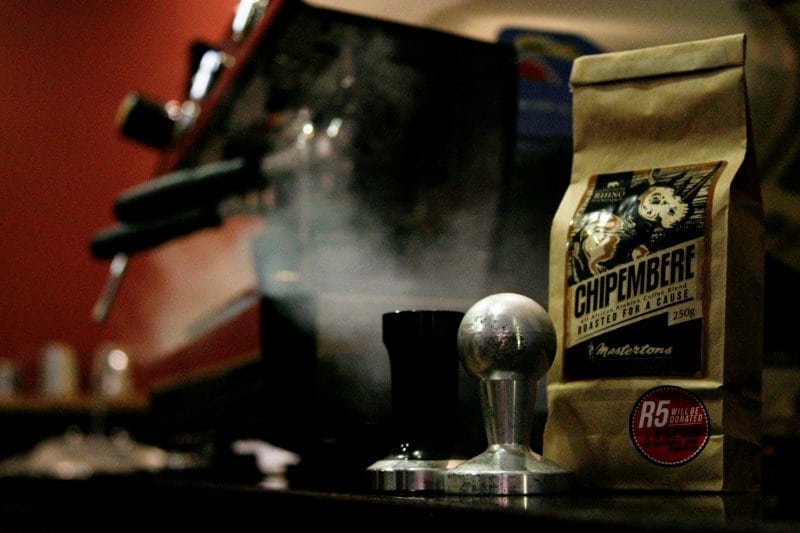 It’s not every day the coffee served on an early morning game drive has a story almost as interesting as the animals and the reserve itself. But that’s exactly the case with a special coffee brewed in Port Elizabeth and sold nationally.

The story of the  Chipembere Blend

What started out as a spur-of-the-moment visit to HillsNek Safari Camp for a Port Elizabeth coffee lover and connoisseur has resulted in something rather unique – coffee brewed for a cause. Chipembere Blend – a blend of medium and dark roast All African Arabica coffees – is the result of a chance meeting between third generation Mastertons Coffee and Tea Specialists director, Ryler Masterton, and the Chipembere Rhino Foundation headed by HillsNek’s Brent Cook. 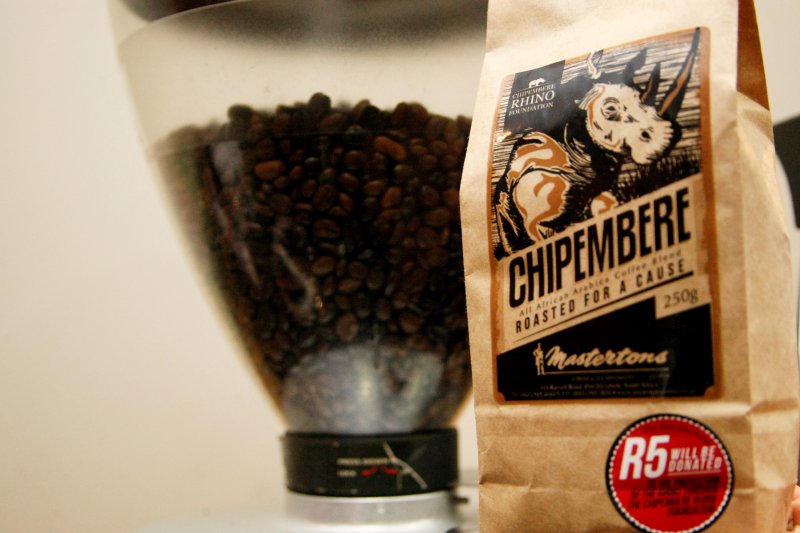 For every 250g of coffee sold, R5 goes to the foundation whose mission is to save the rhino.

“My wife and I just happened to be at HillsNek. We were aware of the plight of the rhino and we wanted to find a way to assist but make it a sustainable contribution, not a once-off lump sum. Poaching is an ongoing problem, so funding has to be sustainable,” Masterton says. “I’m confident that this coffee is not only a great cup of coffee but that it’s coffee with a cause.”

The two first started collaborating mid-2014 and by October that year Mastertons was already distributing the new brew. More than R100,000 has already been collected for the foundation. Cook says the money goes straight back into saving the rhino and covers everything from food to tracking collars and training the foundation’s K9 Unit. “It’s been a good collaboration. The foundation can’t do what we do without this (Mastertons) support,” he says.

“The Masterton family have been out there and they have seen first-hand the work that we do. It’s important when someone is donating funds that they can see how they are used.”

Cook visits the central shop at least once a week to pick up his stash of Chipembere for HillsNek. “We serve the coffee every morning on our game drive. It’s got a great story and people love it,” he says.

Chipembere is Shona for white rhino and is a reference to a rhino from the area named Chippie that was killed by poachers.