Mill Park, with houses ranging in design from English vernacular, arts and crafts, medieval Tudor, Cape Dutch Revival to modern, is one of Nelson Mandela Bay’s most sought-after suburbs. The first residential plots were auctioned off in August 1904 and the second auction of residential plots took place in 1911. There are still a few homes left that can be purchased in the early R2m bracket going up towards R9m. The suburb also boasts having some of the country’s top schools – the Grey Junior and Grey High schools. 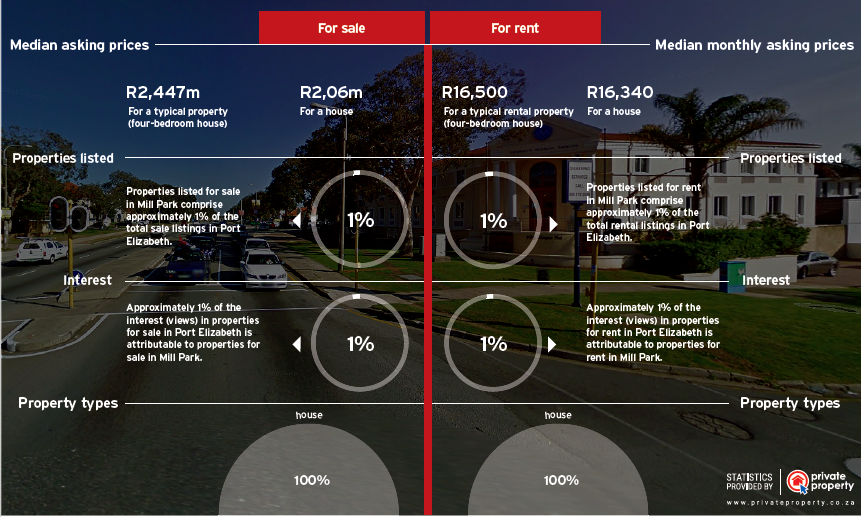