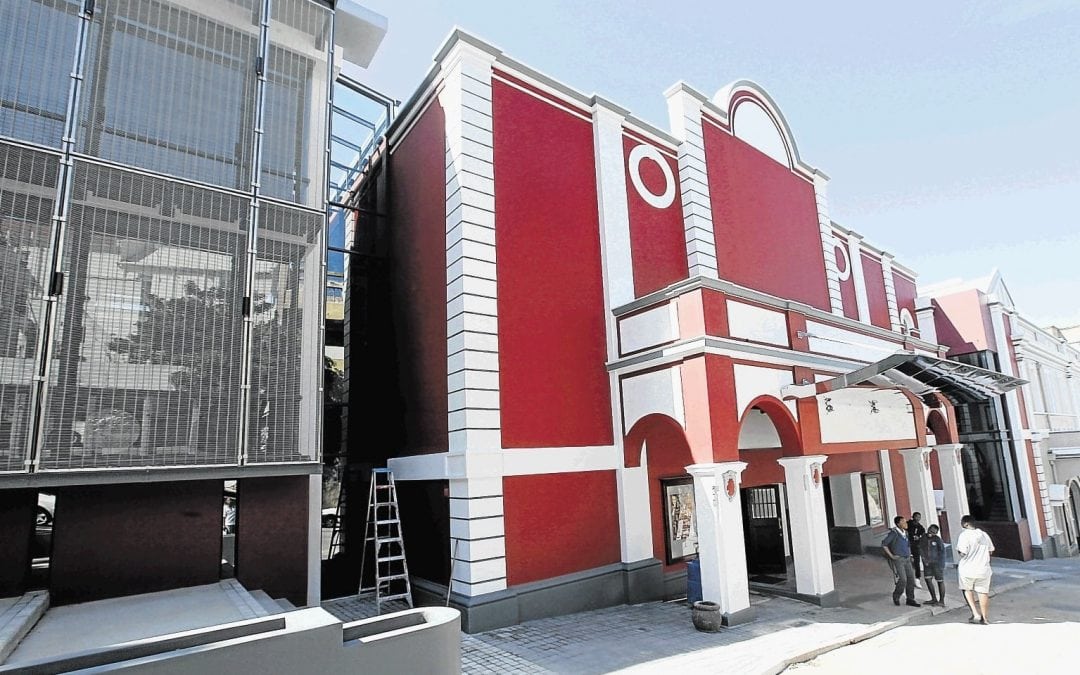 The grande lady of theatre in Port Elizabeth – the Opera House – has finally reopened following a R25m facelift.

The theatre was closed about 18 months ago for an extensive revamp, and its new façade blends the old entrance with a modern, glass extension.

Renovations included the excavation of a chunk of the hill next to the Whites Road theatre to make way for the new lobby, a refurbished barn theatre with modern finishes, new chandeliers and a suspended staircase. The theatre’s original 670 seats were reduced to 600 to allow for more legroom.

South African theatre legends Athol Fugard, John Kani and Winston Ntshona were among those who attended the opening last month. A stained glass window bearing their images has also been installed in the Opera House in their honour.

Said to be the oldest theatre in Africa, possibly the southern hemisphere, the original Opera House was designed in 1892.

“The building was last renovated in 1985,” Monde Ngonyama, Opera House general manager, says. “For a building of 1892, it needs annual focus. This is a heritage building. It needs periodic maintenance.”

Ngonyama says the renovations – which often came with surprises that delayed them along the way as they discovered problems they were not aware of – were designed to complement developments at the Donkin Reserve.

“If we are going to assume that this is the end of the Opera House regaining its glory, we are wrong. I’m happy with the result, but we would be making a mistake to be content with that. There is more to be done,” he says. “As much as I’m rejoicing, with the extension of the building, there is no furniture. We don’t have equipment to put on productions.”

Ngonyama’s vision for the Opera House going forward is to create a “high-performance centre for performing arts in the province”.

“The Opera House is now going to become a pilot – a pivotal part of performing arts in the Eastern Cape,” he says.