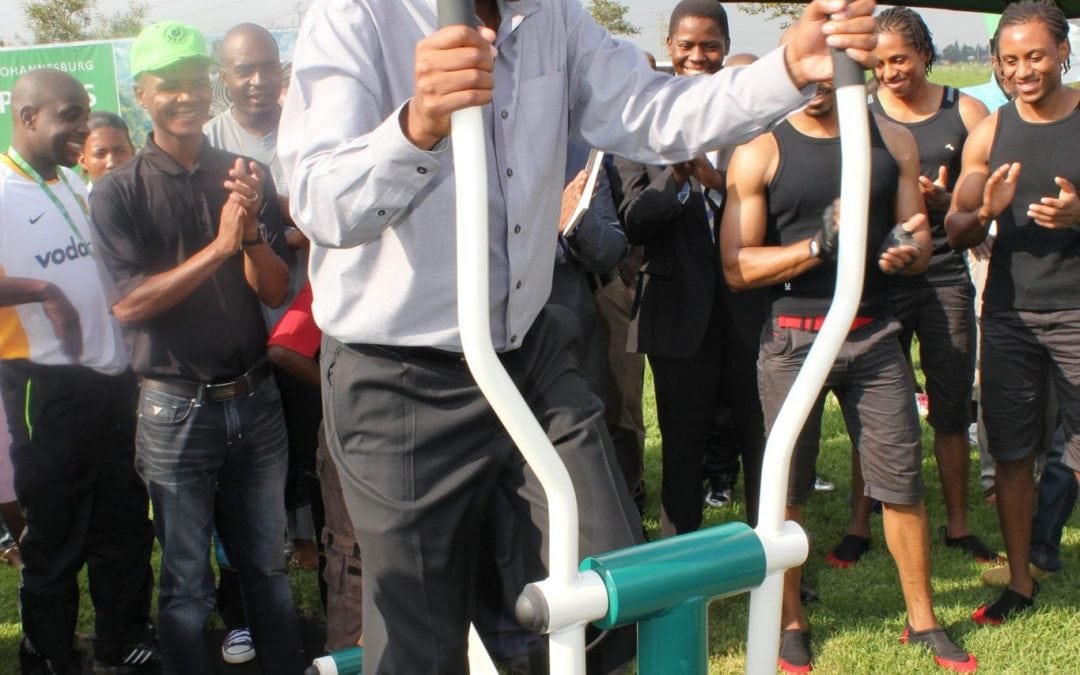 Residents of Johannesburg and Soweto have been noticing outdoor gyms appearing in parks around the city. People who have never before had a gym contract or participated in any formalised fitness programme now have access to a series of weight and resistance training machines, in pleasant, outdoor settings.

“The outdoor gyms tie in closely with our strategic mandate as a green organisation,” says Jenny Moodley, spokeswoman for Johannesburg City Parks. “They are a part of the City’s growth and development strategy for 2040 to promote active and healthy citizens.”

A pilot project was created in 2012 in the Petrus Molefe Eco-Park in Dhlamini, Soweto. The project was a runaway success, and Johannesburg City Parks has stated that a key finding was that there is a greater demand for outdoor recreation in under-resourced areas than was expected.

Today, three years later, Johannesburg City Parks has just installed its 24th outdoor gym in Phiri, Soweto, in partnership with Nestle, who also ensure that there is a dedicated instructor on site to help people with their use of the exercise station. Other sites include the Cheltondale Park in Norwood, the Sir Lionel Philips Park in Greenside, Mushroom Farm Park in Sandown, and Metro Park in Newtown.

“We look at where we can make the biggest impact with limited resources on the biggest number of people,” says Moodley. A further nine new gyms are planned for the 2015-16 year.

“There is so much positive stuff coming out of this. There are pensioners who are using the gyms to stay fit and healthy. We’re reaching people who have never been exposed to a gym, largely because of their financial circumstances,” says Moodley.

In Greenside, a group of domestic workers are using the machines to exercise regularly. The local residents’ association has banded together to collect donations of gym shoes and clothes.

At the Cheltondale Park in Norwood the outdoor gym is used by an eclectic mix of mothers watching their children at the adjoining playground, young people using it as a part of their fitness routine (the park also has a jogging track), and pensioners using the equipment to become more active.

“It has changed my life,” said one pensioner. “I have never joined a gym and I like being outside – this is helping me to recover from a recent knee operation, and it’s making me fitter than I’ve ever been.”