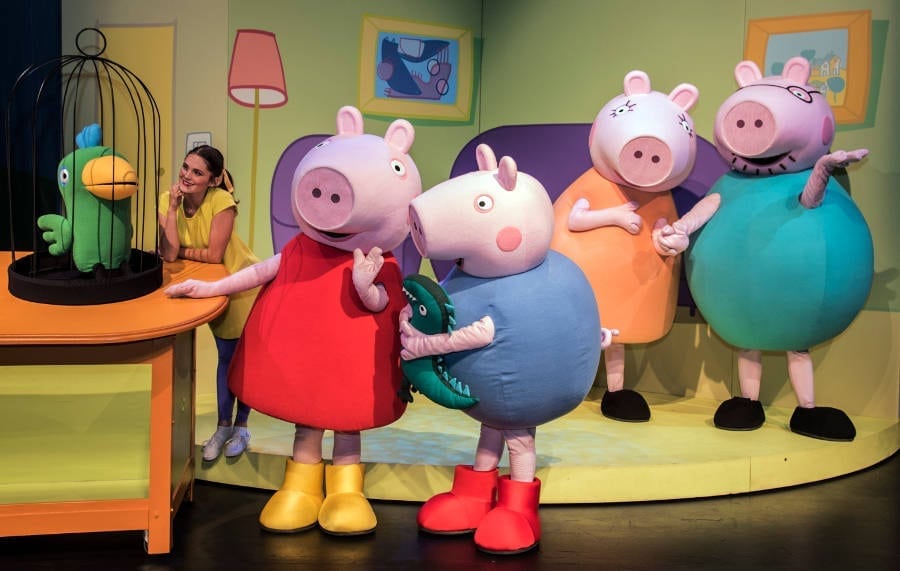 Following its highly successful recent sell-out seasons in Johannesburg, Cape Town and Durban, the much-anticipated stage show, “Peppa Pig Live in South Africa” in partnership with black begins the second phase of its South African tour next week at the SA State Theatre in Pretoria on Youth Day, Saturday, 16 June and Sunday, 17 June 2018 and a stopover in Port Elizabeth at the Opera House from 23 to 24 June 2018.

Additional family discount packages with seats from just R189 are available when booking four or more tickets at specific shows. In response to overwhelming demand, an extra show to has been added to Peppa Pig’s visit to Pretoria for “Peppa Pig Live in South Africa” in partnership with black.

The additional show on Saturday 16 June at 15:30 will give even more of Peppa’s fans the opportunity to join the thousands of children who have enjoyed the sell-out seasons in Johannesburg, Cape Town and Durban.

With all the excitement around Peppa Pig which led to additional performances in Johannesburg, Cape Town and Durban selling out within a day or two of going on sale, patrons are encouraged to book as soon as possible at Computicket.

“Children were off their chairs, stomping their feet, wiggling their bums and singing along to songs like the Bing Bong song and other popular nursery rhymes … the kids had the time of their lives” raves City Press about Peppa fans in Johannesburg. “Watching the reaction to a made-up cartoon character appear on stage is beyond belief.” says the Cape Argus while Biz Community comments, “At 80 minutes long, we were concerned that our terrible two might not go the distance, but she was riveted throughout. The characters urged the audience to participate and all the singing, dancing, oinking, and jumping in muddy puddles kept the children well entertained.”

Parents alike are praising Peppa and the show on social media. “The show is wonderful! Fully interactive and the kids loved singing and shouting along.” Says Chantal De Wolf. “… Judging by the children’s reaction and happy moods after the show, the show was a success.” Says Nikita Camacho. Soon fans in Pretoria and Port Elizabeth will be enjoying Peppa’s brand-new adventure when Polly Parrot and Mr Dinosaur have vanished – leading Peppa, George, Mummy & Daddy Pig to embark on an incredible journey to find the missing duo. As always – Peppa’s friends are on hand to help in the hunt.

Peppa Pig Live in South Africa will have audience members laughing, cheering and dancing – just like Peppa! This fully immersive musical production, featuring all your favourite songs along with incredible life-sized puppets and beautifully costumed characters, brings Peppa Pig to life like never before.

Look out for those muddy puddles, it’s time to see Peppa, George, and friends live on stage in Durban for the first time! For more information about the show, visit www.peppapiglive.co.za or stay in touch via social media. Make it a big day out, don’t miss Peppa Pig LIVE! #PeppaPigLiveSA

TICKET PRICES PER PERSON
CAT A R399; CAT B R349; CAT C R299; CAT D R199
Each person, irrespective of age (including babes in arms) must have a purchased show ticket