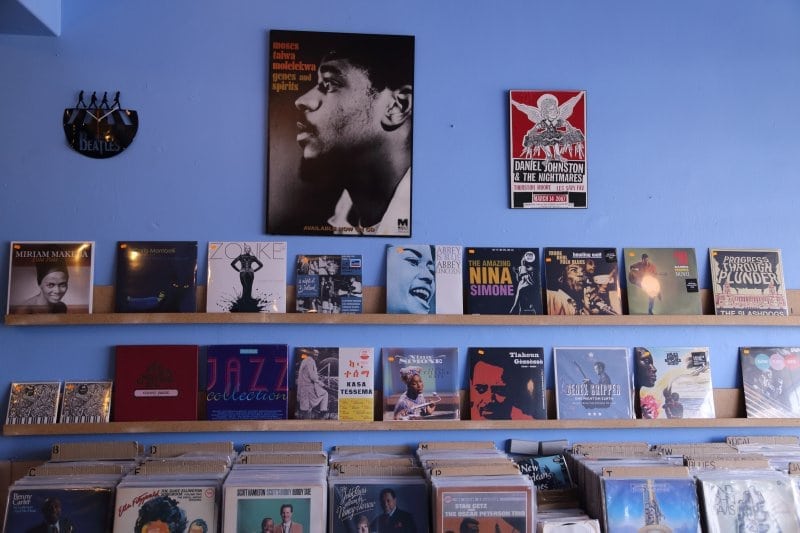 Kevin Stuart works in the music industry, and is the booking agent for South African greats such as Oliver Mtukudzi, Vusi Mahlasela and Ladysmith Black Mambazo. He owns Record Mad in Linden, South Africa’s only dedicated original and second-hand vinyl store. 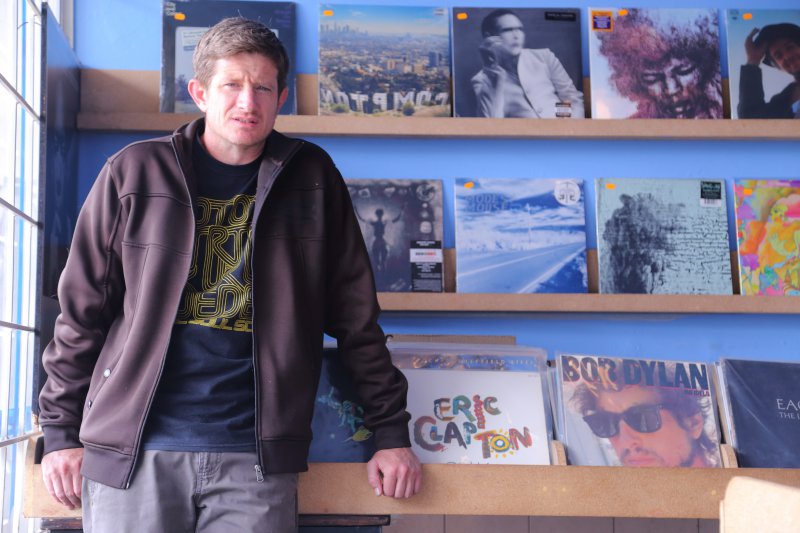 How did your business start?

I have been collecting records since I was 13. One day, when I was very broke, I took my collection to sell at a record fair in Midrand. It did so well that I started buying and selling collections. I did that for two or three years. Then I saw the available space in Linden, and thought it would make a great place to store the records I was selling, but I had such a successful opening that I now run it as a retail shop.

Why did you choose this area to set up shop?

Although it really just happened by chance, I’ve really benefited from the fact that Linden has become increasingly “hipster” in the last couple of years – so what started out as primarily a storage space became a shop that people seek out.

How did you find your premises?

I actually had a dream about having a shop in Linden, and then when I was walking down the street, I saw the space and it was affordable, so I went for it.

Why are the premises ideally suited to your business? 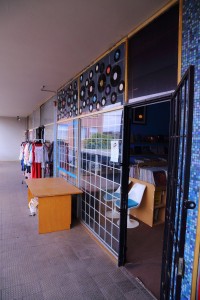 Well, the store itself is on Linden’s 4th Avenue, but it’s not prime retail space. The store has become a destination in its own right, and with Red Pepper Studios and The Whippet nearby, we get lots of the right kind of customers in the area.

Who are your neighbours?

My neighbours are a TV repair shop, a camera repair shop and a dressmaker’s shop.

What are the shop rental/sales prices like in this area?

For the space that we have, it’s very reasonable. It would cost me triple to be open in a mall or directly onto the street.

How many people go through your store each day?

It’s hard to pin down an average daily number, but I’d say that we get between 50 and 100 people each week.

Do you have any expansion plans?

I have a lot of ideas, and I was keen to expand at the beginning of the year, because there’s been a massive upsurge in vinyl with record companies putting out new releases on record. But it’s also becoming a more competitive market as a result and the rand-dollar exchange rate is working against us. So now we’re waiting to see what happens for a while.

Do you operate online as well?

We have a website but it’s mostly an online shop front. We also sell online at bidorbuy or on eBay to collectors from all over the world.

What’s your most popular item?

We sell a ton of Fleetwood Mac. And we do really well when big international titles hit, like the new David Bowie or Daft Punk.