Retiring to the Coast 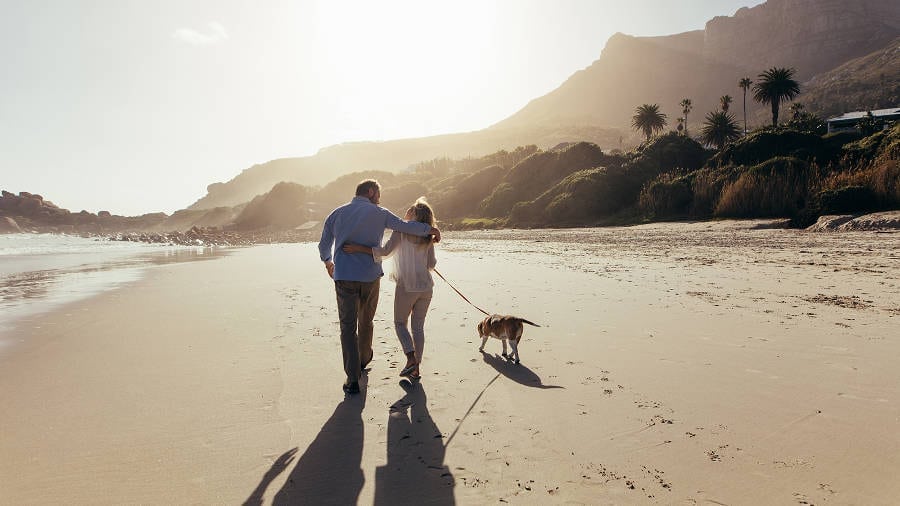 For many, retiring to the coast is the ultimate dream, says Mandy Testa, area specialist, Lew Geffen Sotheby’s International Realty in KwaZulu-Natal’s Durban North and Umhlanga. “The coastal lifestyle offers a slower pace and the constant feeling of being on holiday.

Traditionally, the idea of moving to the coast has been synonymous with slowing down and peace and quiet, says Steve Thomas, Lew Geffen Sotheby’s International Realty franchise manager in False Bay and Noordhoek, “Not all retirees seek a coastal lifestyle, but the common denominator among all is tranquillity which, living ocean side with all its various facets, is a given.”

Coastal living implies space for active pursuits, whether it’s fishing, walking or swimming, and it’s in a great environment.

Just Property area franchisee Lawrence Homan, says, “The KwaZulu-Natal South Coast is particularly affordable. Retirees purchase houses there now, rent them out and in about 10 to 15 years, renovate and retire there.” Another modus operandi is to purchase an interim property to live in, like an apartment, while on the often long waiting list for a retirement unit.

Every coastline has a more affordable belt, so with the rise in retiree developments, there’s something for everyone.

Steve Neufeld, manager principal, Lew Geffen Sotheby’s International Realty in Plettenberg Bay, says Plett is especially popular with retirees, “Over 300 days of sunshine per annum, beautiful natural surroundings and stunning beaches perfect for long walks.” Regarding prices, he adds, “Plett may be pricey in relation to national averages, but it’s relatively cheap in comparison to Cape Town. It depends where you buy – you can still purchase plots in upmarket gated estates for around R300,000, though not many.”

Steve Thomas, Lew Geffen Sotheby’s International Realty franchise manager in False Bay and Noordhoek, acknowledges that some suburbs along False Bay can be more expensive, “but in Muizenberg, one can still buy property for between R750,000 and R950,000 with an Indian Ocean view”.

Retiree components within established coastal gated estates are on the up. Stephen Murray, Pam Golding Properties area principal based in George, says, “We have a number of gated estate developments that have made provision for retirement developments within their estates. These estates are multigenerational and therefore enable parents (of retirement age) and children to live securely within close proximity of each other.”

Investing in a coastal retirement scenario is gaining ground, as children invest for parents and retirees invest early for later years. Dr Andrew Golding, chief executive, Pam Golding Property group, says, “With people living longer and continuing to lead active lifestyles well into their senior years, those with foresight are planning ahead and investing in homes for their retirement at an earlier age rather than wait for actual retirement.”

Sally Cameron, Pam Golding Properties’ principal at KwaZulu- Natal’s Mount Edgecombe, adds, “The investment aspect is a very appealing drawcard for buyers, who prefer to see the benefits of capital growth in their property acquisition, as well as the potential to let out the property prior to occupation, thereby achieving rental income.”