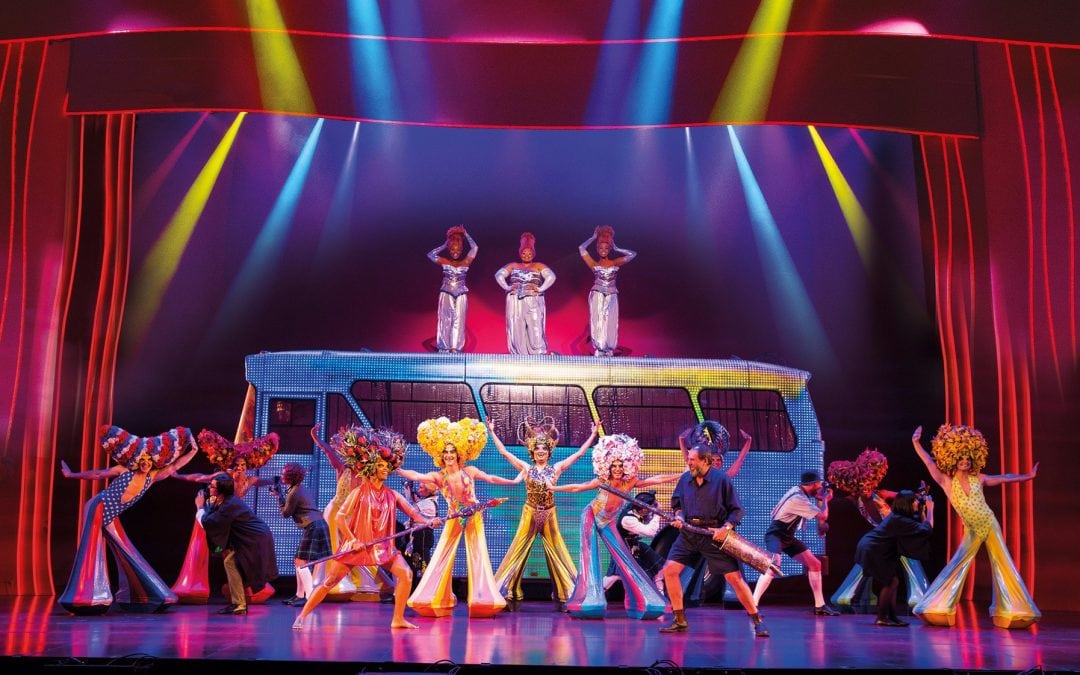 Since it first opened in Australia in 2006, Priscilla Queen of the Desert has been winning awards and hearts all over the world. After continuing to London’s West End and Broadway in New York, the award-winning show is finally coming to South Africa, with six weeks of musical wonder set to take over the stage from April to June. Based on the 1994 film starring Hugo Weaving and Guy Pearce, The Adventures of Priscilla, Queen of The Desert, the play is a heart-warming and uplifting adventure that’s set to pull the heartstrings and cause uncontrollable laughter. In the play, three Australian drag artist friends hop aboard their beloved (and battered) old bus, affectionately named Priscilla, to road trip across the Australian Outback to perform in Alice Springs. Their adventure, which is heavy with laughter, glamour, love and friendship, is the perfect setting for a comedy of errors that touches on important issues while celebrating individuality and fabulousness.

With more than 500 costumes, 200 headdresses, and an incredible lineup of dancefloor hits, Priscilla Queen of The Desert is dazzling from start to finish. The show’s original international director, Simon Phillips, and choreographer, Andrew Hallsworth, will be coming to South Africa to put the show together with resident director, Anton Luitingh, musical director, Bryan Schimmel, and resident choreographer, Duane Alexander. The cast is all proudly South African, with all 28 members already firm favourites on the local stage. Expect to enjoy the talents of thespians like David Dennis, Daniel Buys, Phillip Schnetler, and James Borthwick, to name a few. Throughout its run, Priscilla Queen of The Desert guarantees an evening filled with unforgettable performances, nostalgic music and non-stop glamour. And with a live band performing dance hits like I Will Survive, Hot Stuff, Boogie Wonderland, and Girls Just Wanna Have Fun, you’ll be dancing along in your seat.

Please note that the musical contains strong language and adult themes. Parental guidance is advised for children younger than 12.

Priscilla Queen of The Desert