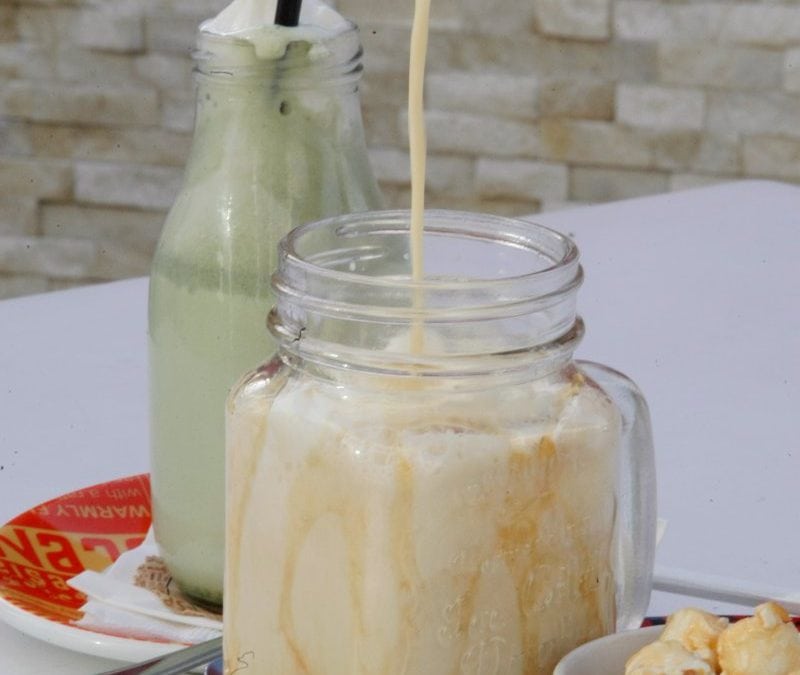 Deconstructing, reinventing and putting a new twist on an old favourite is a trend that has swept across the culinary world. And the trend is not only confined to food. Even drinks are being given a makeover in an attempt to woo new fans and revive old relationships.

One establishment that’s managed to do this very well is Mugg & Bean which has introduced two new drinks usually associated with summer (and childhood) and adapted them for the cold days ahead.

The drink arrives in three parts – the steaming-hot chocolate in a jug, ice cream in one of those mason-jar type mugs with a handle and the topping of your choice which can either be added to the drink or eaten separately. I chose the sticky caramel one, and the sweet toffee-like aroma had me on a sugar high as soon as the hot chocolate hit the ice-cream.

Gert Barkhuizen, manager, Mugg & Bean Walmer Park, says the drinks were introduced at the end of April and so far the sticky caramel is proving to be very popular.

Then there are the tea floats which are exactly what you’d expect except that instead of soda, steamed milk is blended with speciality teas and topped with ice cream.

Aside from the floats, matcha also has a dedicated section on the menu where other drinks made with this tea include lattes and cappuccinos. And like green tea, matcha is said to be packed with antioxidants.