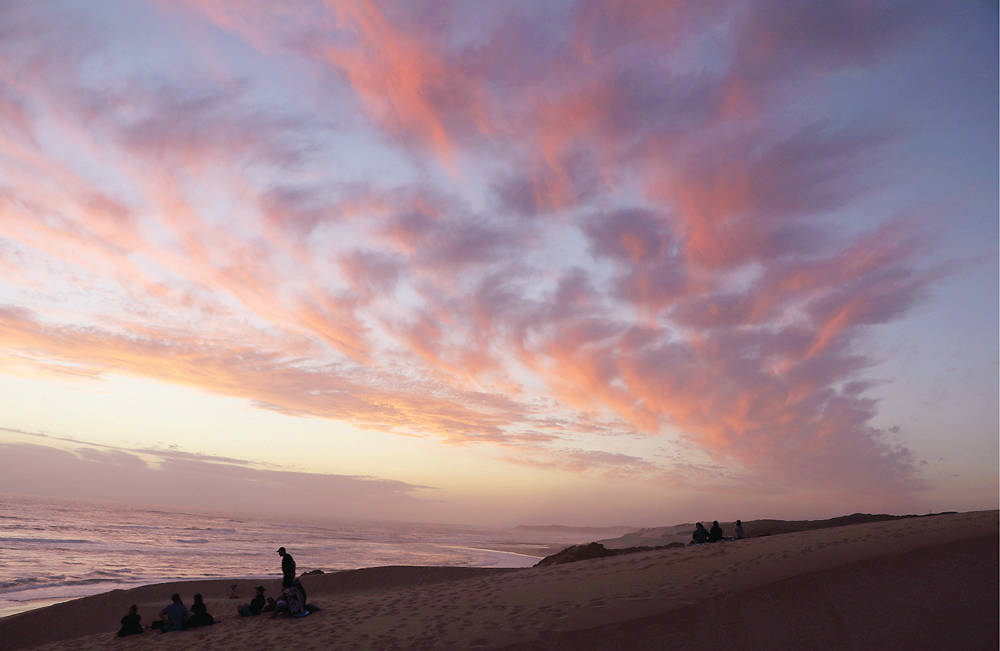 Sardinia Bay is one of Port Elizabeth’s most appealing and peaceful country areas, and has become increasingly sought after by those who seek a less frenetic lifestyle in stunning natural surroundings, but still within easy reach of the city.

Sardinia Bay is perhaps best known for its magnificent, seemingly endless beach characterised by a huge sand dune. However, according to resident Veronique Naidoo, there is a lot more to this sought-after area than just its impressive beach.

Veronique has lived in Sardinia Bay for nearly four years and says what first drew her here was how connected to nature it was. “I loved the feeling of being surrounded by nature and animals, and the feeling of tranquillity that it brings.” Her home is within a luxury estate, the Sardinia Bay Golf and Wildlife Estate, which brings the added reassurance of excellent security. 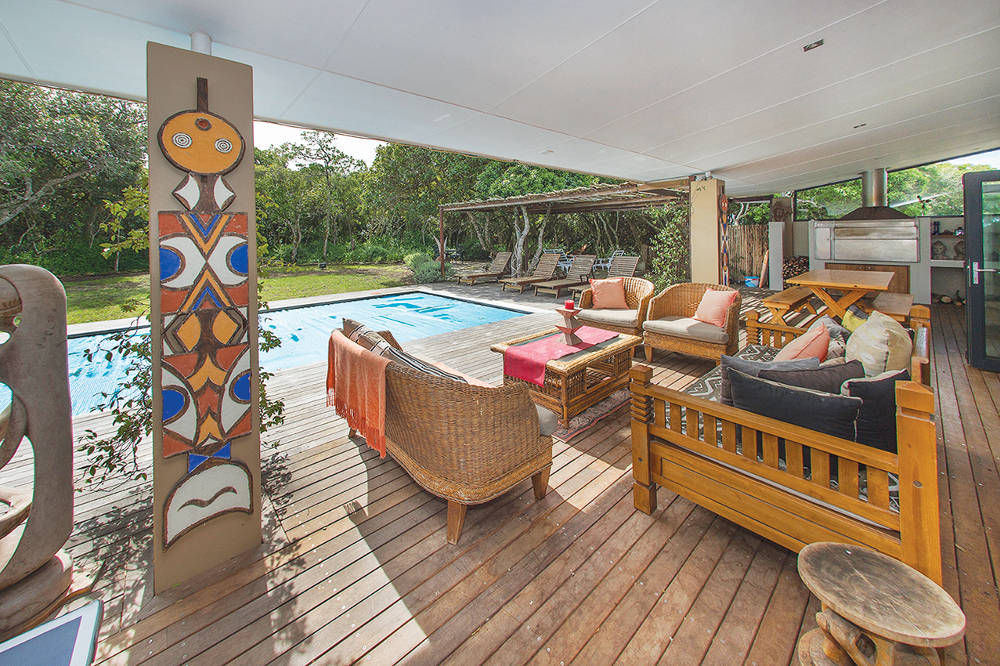 According to Veronique, Sardinia Bay as a whole is peaceful and quiet. “You definitely get a country or farm-like feeling as you go around the neighbourhood, with horses and cows grazing on some properties,” she says.

According to her, more homes have gone up in the area and within her estate since she first moved here. “Perhaps it’s an indication of growth and the city expanding outwards or maybe just a migration to a quieter country setting. Around town I have picked up a noticeable interest in and newfound awareness of the area when people learn that I live here,” she says.

Veronique and her husband were closely involved in the building of their home and took their cue from the natural setting. “We aimed to encourage a more active and outdoor lifestyle with all rooms leading onto the patio and pool areas, as well as the backyard which flows out on to the golf course. This design allows me to prepare meals in the late afternoon while the eland, springbok, impala and zebra graze along my lawn,” she chuckles.

“Living on the estate has also offered us a real sense of community living. We now know who our neighbours are and there are regular social gatherings where we get to interact with other homeowners. It’s lovely to hear children playing outside as the estate provides the freedom and safety for them to do so,” she adds.

Apart from the estate, Sardinia Bay typically consists of smallholdings on which residents might keep horses and other animals, or grow their own produce. As a foil to pastoral pursuits a large chunk of the area is also a Nelson Mandela Bay local authority nature reserve with an important marine protected area.

The Grass Roof cafe and farm stall was fairly new in the area when the couple moved in, but it has grown tremendously in popularity, especially among patrons looking for a child-friendly venue. The country setting and it being so close to suburbs in town adds to its popularity. Grass Roof has also added a monthly Park Run to its schedule and there has been a big increase in cyclists who congregate at the venue on weekends, using it as a base to start their rides.

Most recently there has been the addition of a nursery on Heron Road, which provides a wide selection of indigenous plants and trees – perfect if you fancy a spot of weekend gardening. Sardinia Bay is largely a conservation area, so homeowners are encouraged to plant indigenous.

The Sardinia Bay Kennels have opened up a lovely dog park and they now also host a monthly market.

The added benefit of Sardinia Bay is that while you get the peace and quiet, it is only about 7km’s drive from Walmer Park Shopping Centre as well as medical suites, supermarkets and filling stations.

I believe Sardinia Bay is the most beautiful part of the city with the best untouched, non-commercial beach. If tranquillity is what you’re seeking, then I would definitely recommend it.
Veronique Naidoo, resident 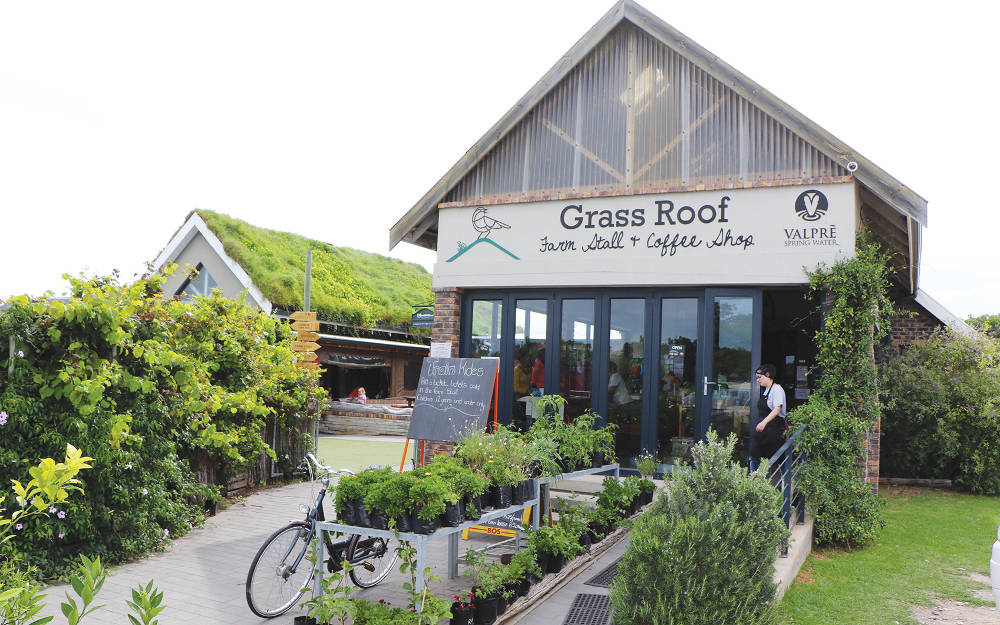 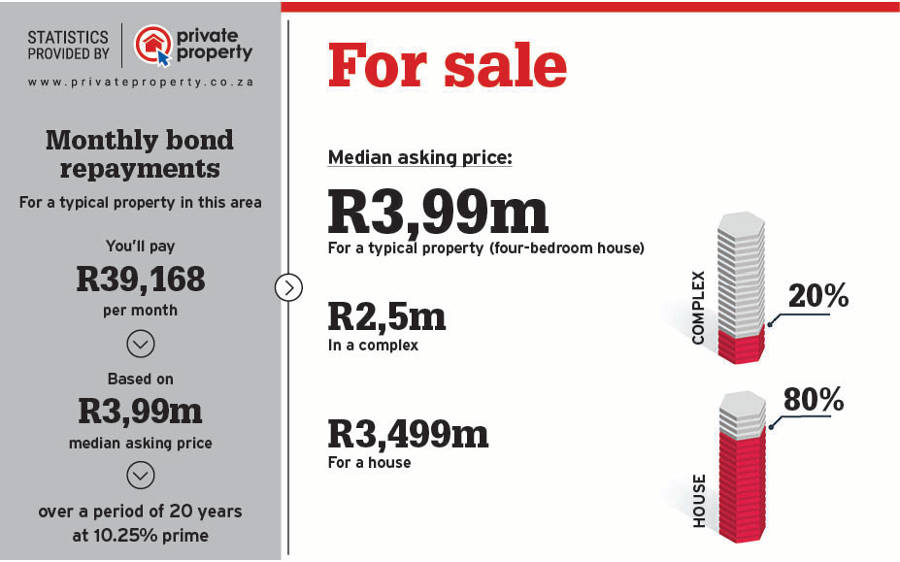 Multigenerational: Estates for all generations