Sauce on the side 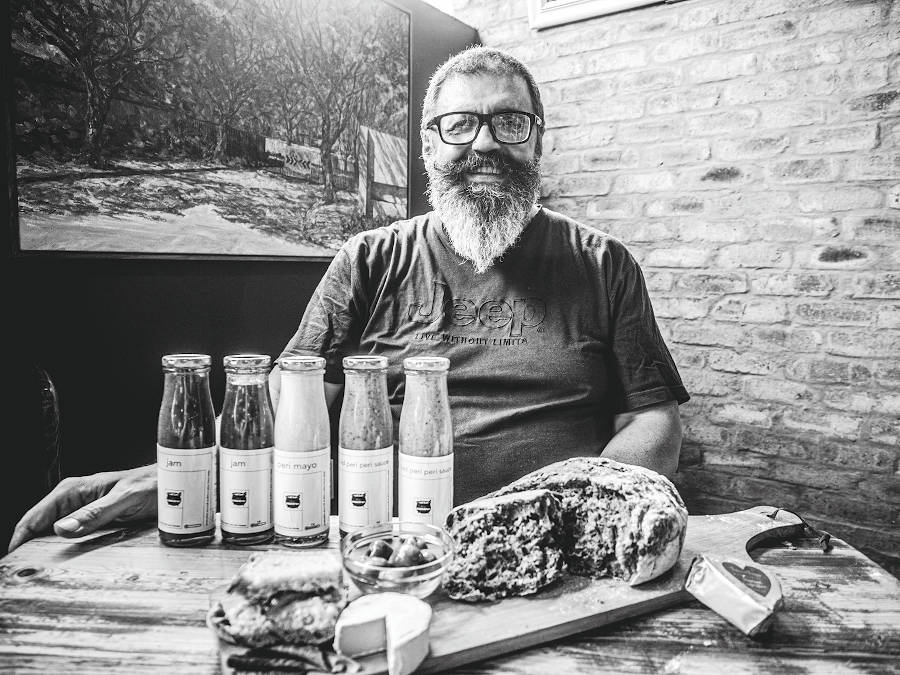 A steak is just a steak, until you bring in the condiments, and then it can become whatever you want it to be. And that’s why Andy Moss, also known as The Saucerer, is besotted with what’s in bottles.

Andy has always loved food. One of his earliest memories takes him back to a fete he visited when he was just 10 years old – while all his friends were spending their money on rides and candy floss, he wandered over to a jubilee table and found an unfamiliar piece of equipment: a jaffle. “I still have that jaffle; it’s my oldest possession.”

Although he didn’t come from a family of chefs, he embraced the creativity of food and put his passion into practice when he established a corporate catering company. After that had run its course, he dabbled in various fields, including a stint as sales manager on Top Gear Live, a year living in a caravan brewing beer as part of a permaculture project, some stand-up comedy, and a post as PR manager at a Mozambique resort.

Throughout these many changes, Andy kept making his sauces on the side until, two years ago, he realised that he missed dedicating all his time to food. Thus, The Saucerer was born. But why sauces? “Sauce is a story on its own. It can take you anywhere you want to go.” Not that sauces – including his legendary peri peri sauce, which he says, “goes with everything except Pronutro” – peri mayo, gourmet sandwiches and various savoury jams, are the only goodies on offer at his store within Parkview’s Perfect Cup coffee shop. Epicures will also find a range of charcuterie, olives, sourdough breads and cheeses – delicacies which have been selected because “they’re bloody good”.

And because their production has an element of consciousness. “A big part of what I do revolves around responsible consumption and reducing carbon footprint,” Andy explains, hence his insistence on paper bags and the introduction of refillable glass jars.

He also offers gift bags fashioned from off cuts produced by the Dignity Dreams project, which provides sanitaryware to teenage girls. It’s a way of reducing waste while also providing an income stream, he says.

Next up, Andy reveals, is an expansion into vegetarian and vegan options, as well as a larger selection of free range meat. 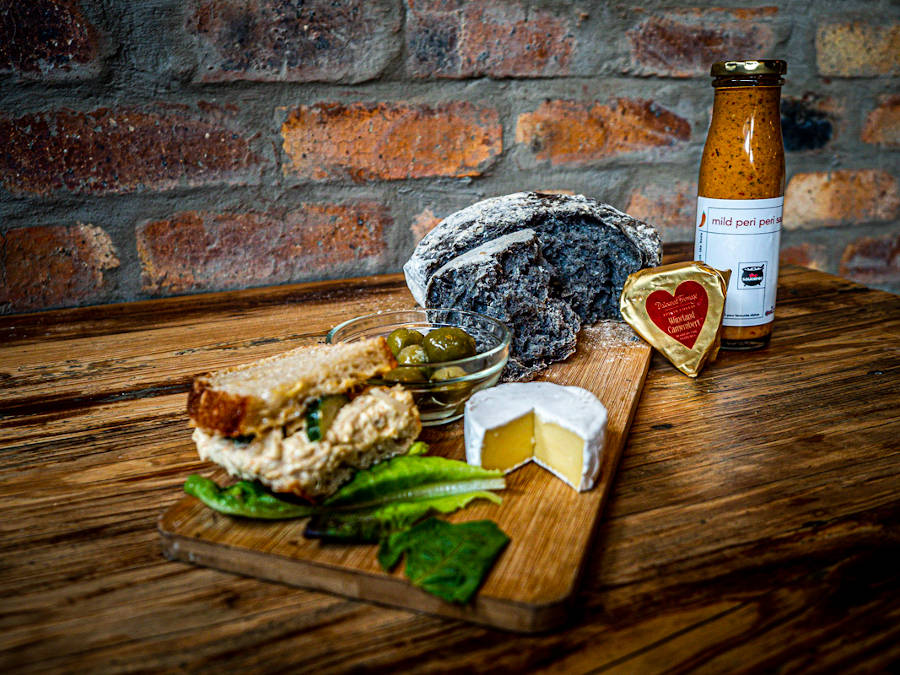