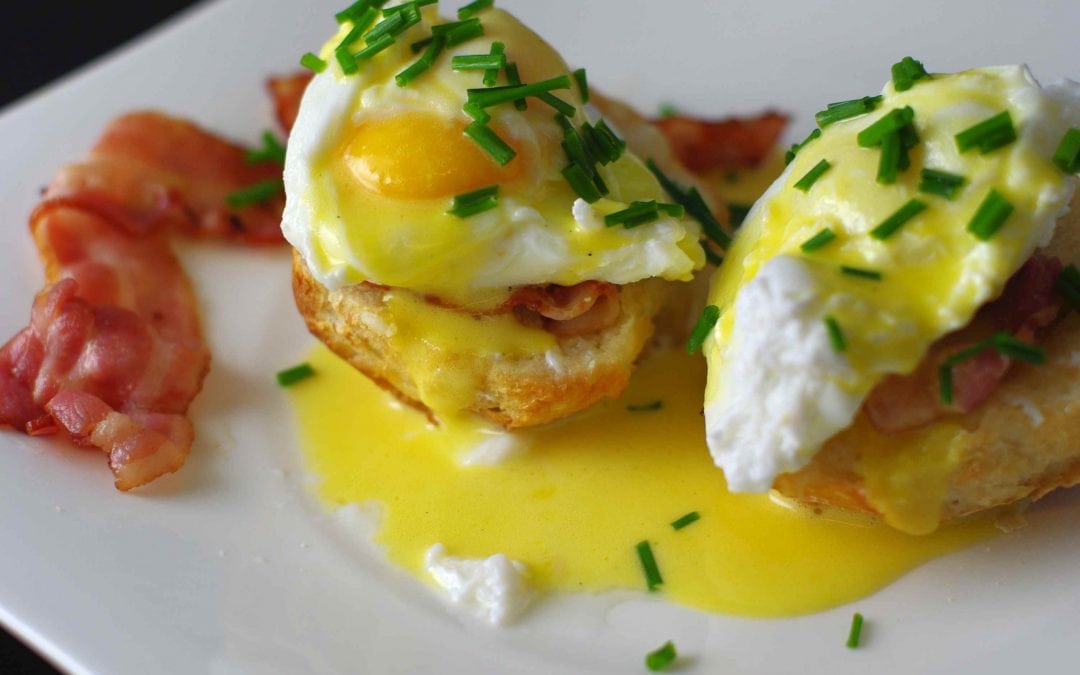 Eggs Benedict (traditionally consisting of two halves of an English mu­ffin, topped with poached eggs, bacon or ham, and hollandaise sauce) is being enjoyed by diners at Pretoria restaurants, whether served the original way or with a modern twist. If you want salmon instead of ham, bread instead of muffins­ , cheese instead of sauce, or added ingredients such as paprika, eggs Benedict has become the breakfast staple to suit many a taste. 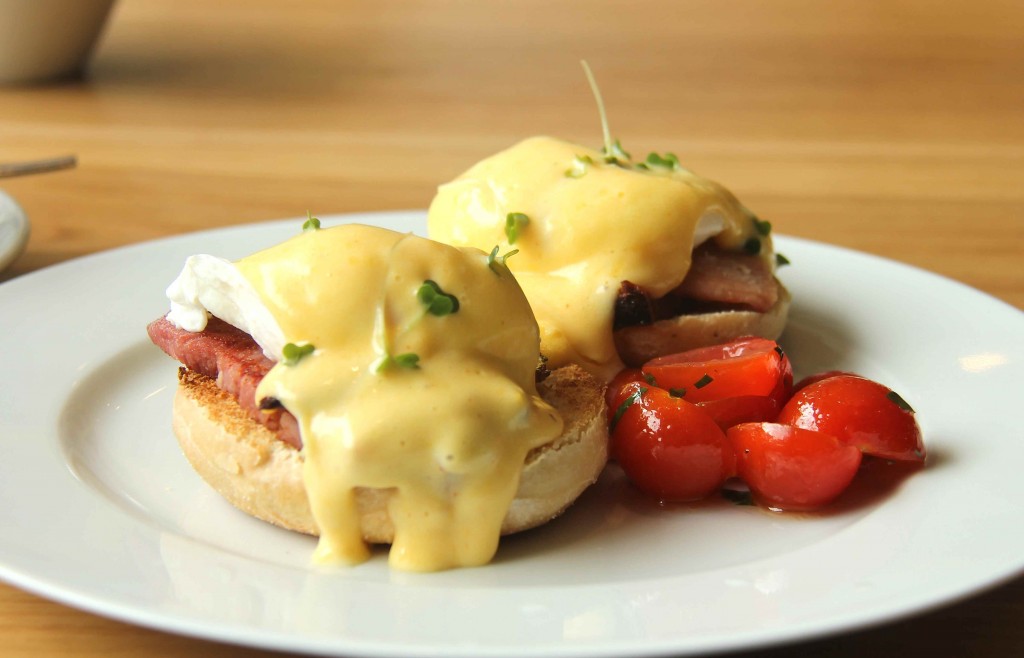 Eggs Benedict is the ultimate treat

Renette Vosloo, celebrity chef featuring on Ontbytsake, says eggs Benedict is the ultimate treat as the combination of hollandaise sauce and eggs is unbeatable and the dish is perfect for any celebratory breakfast with a good Méthode Cap Classique, of course.

She says the secret to making a great eggs Benedict is excellent hollandaise sauce with an e‑ ectué poached egg. She says the dish is always a challenge to make but it is pure bliss to see people enjoy an authentic, well-executed classic.

The origins of eggs Benedict

There are a number of stories regarding the origin of the eggs Benedict. One of the most popular is that the dish first became renowned in the The New Yorker magazine in 1942 when Lemuel Benedict, a Wall Street stock broker, told the story of how he ordered buttered toast, poached eggs, bacon and hollandaise sauce at the Waldorf Astoria Hotel to ease his hangover. Oscar Tschirky, the maître d’hôtel, swapped the toast for halved English mu­ ns and changed the bacon to ham, and the eggs Benedict was born. 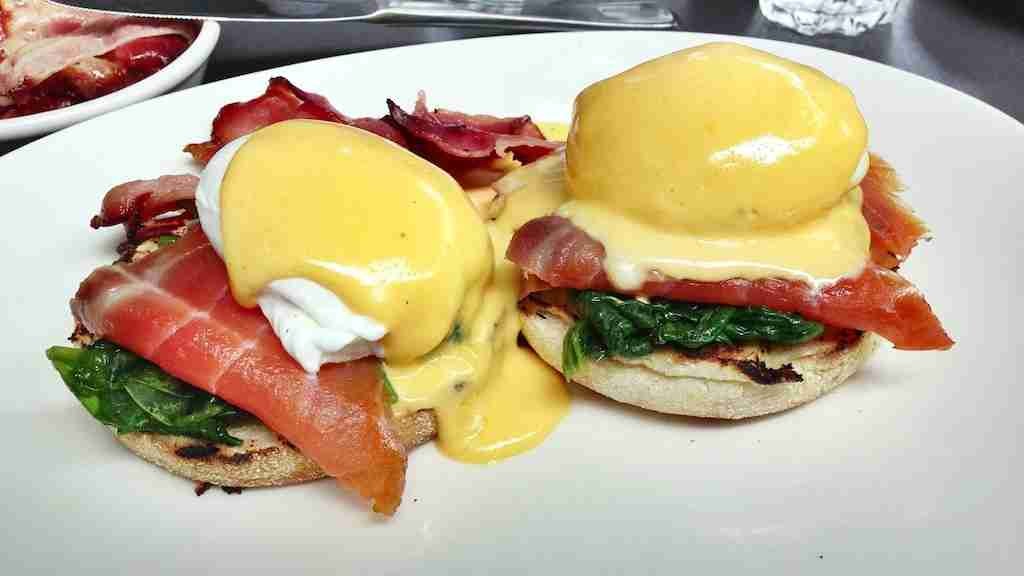 Another account includes Mrs LeGrand Benedict, a regular patron at Delmonico’s Restaurant, the first restaurant or public dining room opened in the US in the 1860s, who found nothing to her liking on the menu and wanted something new for lunch and discussed it with Chef Charles Ranhofer. He came up with the eggs Benedict for her which is published in his cookbook The Epicurean as eggs à la Benedick. 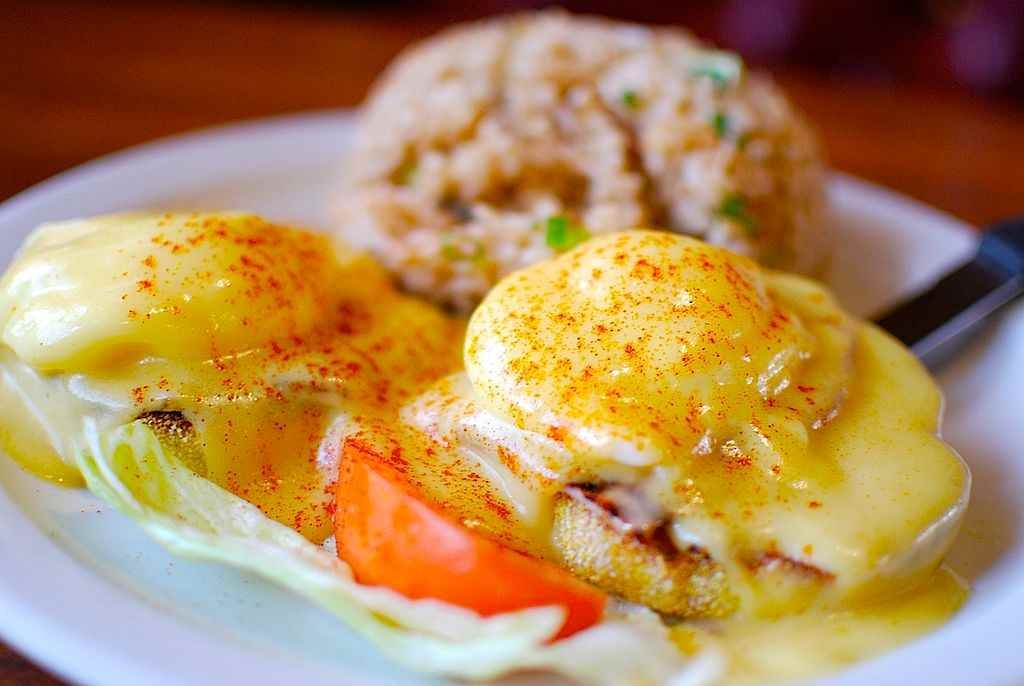