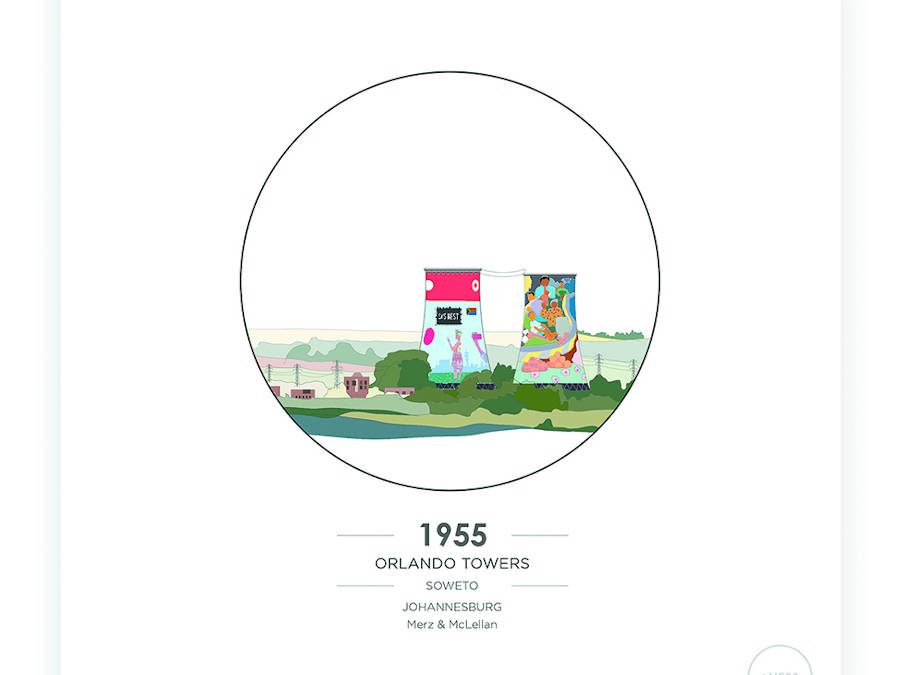 Is it Ponte looming over the skyline, or the iconic silhouette of the Brixton Tower? Perhaps it’s the nostalgia of the Herbert Bakers lining streets that conjure a Gatsby-type romance?

Whatever it is, Jamil Randera and Max Melvill have set out to capture the essence of the city, and other key South African centres, in +Ness, a collection of limited-edition architectural illustrations depicting its most famous buildings.

Jamil explains that +Ness was launched three years ago as a way for the duo to combine their love of architecture with their passion for cities. “As architects, we naturally share a deep-rooted interest in our built environment, but we realised that everyone (regardless of their background or industry) has an affinity towards the buildings around them – even if they’re not especially aware of it. Whether it’s the house you live in, an interesting building you pass on the way to work, or a significant landmark in the city you live in, all architecture significantly contributes to our daily experiences. This connection between people and buildings is ultimately our main inspiration and is what drives the project forward,” Jamil says.

But, with so many distinctive buildings in each South African city, how do they choose which goes into the series? “We typically focus on buildings that are either historically important, culturally relevant, or in some way define a city’s skyline, but the buildings we focus on are not defined by a set agenda.” In fact, the duo has recently invited public opinion to find out which buildings people would like to see on their walls.

Importantly, though, +Ness isn’t just about the obvious buildings, or the showstoppers. “All architecture – good and bad – plays a role in defining what it means to live in the modern world. When you look at it that way, Ponte (our favourite) is just as relevant as the Rissik Street Post Office when you think about what it means to live, visit and move around Egoli.”

The most popular prints? The Orlando Towers and that inimitable Joburg skyline, both of which have sold out completely. For those who feel they’ve missed out on these and other quintessential buildings, fear not. “We’re continuously adding to our collection of buildings and hope to have documented all significant South African landmarks at some point,” Jamil promises. 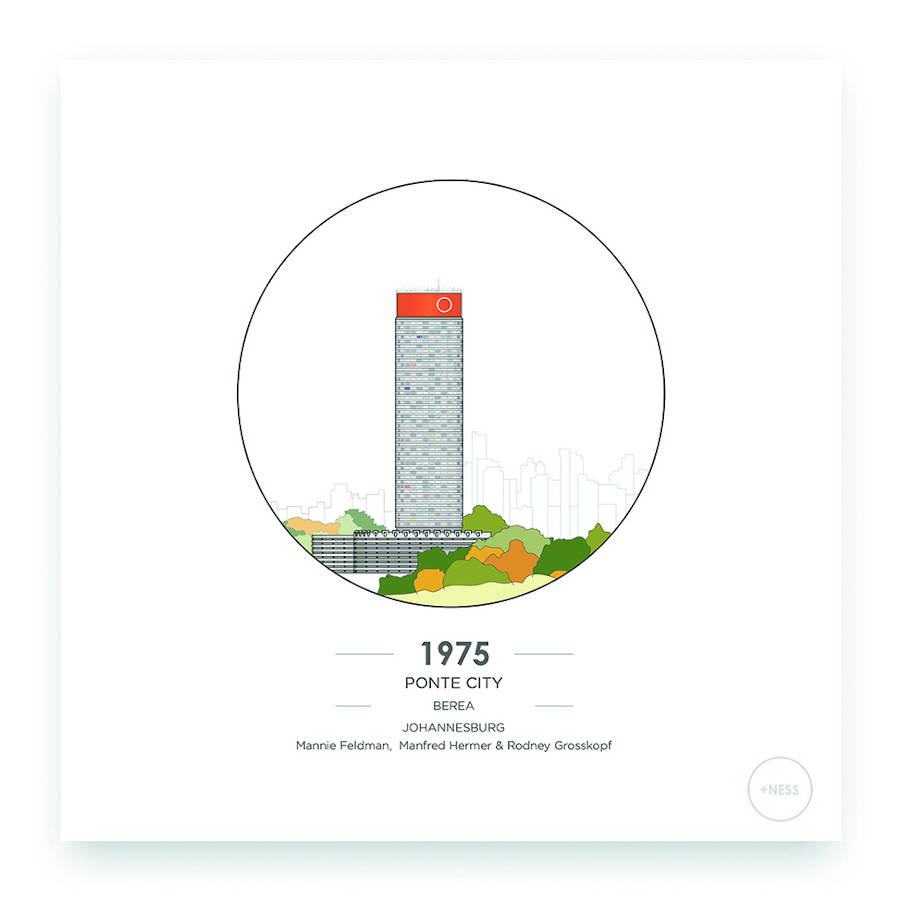