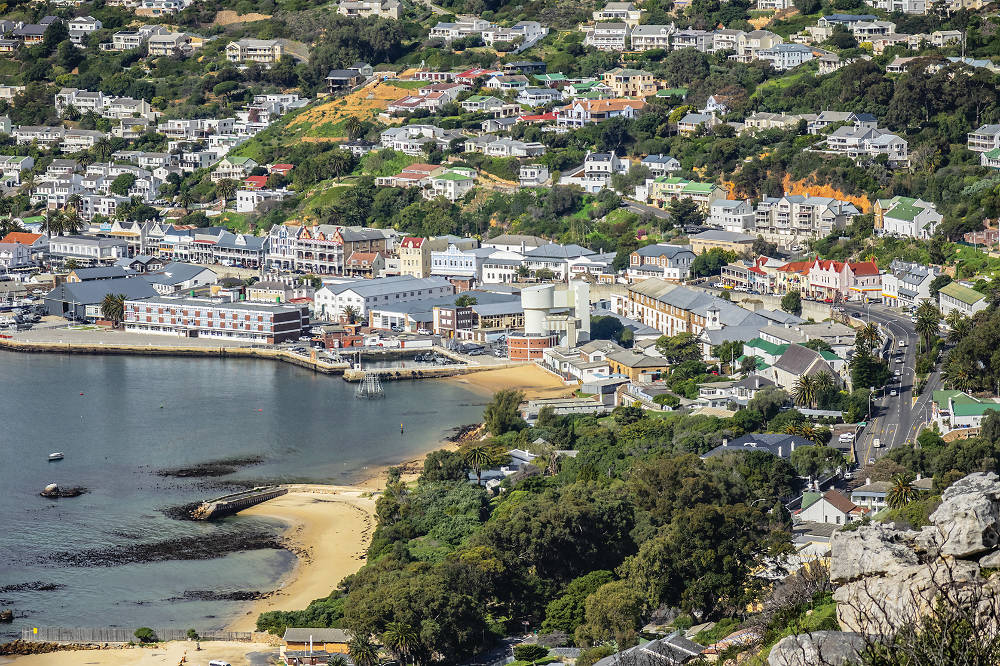 A charming seaside village steeped in maritime history, a penguin colony, a busy naval base and commercial dockyard, Simon’s Town is the last settlement along the False Bay coastline before you reach Cape Point and feels a world away from the city bustle.

Well-maintained Victorian buildings along the main street, museums, and the southernmost mosque in Africa attest to its varied and colourful history as an important strategic port since the 1700s. There are, however, many more layers to explore, as Joline Young, who conducts history tours here, explains, “What makes it interesting for me is the hidden history of slavery in Simon’s Town; the San and Khoi people of the False Bay coast, the old fishing families as well as the sad history of forced removals during apartheid. Interesting too, being a port village, is the intersection of people and cultures that occurred here.”

For many residents being close to nature is the biggest attraction. As well as naval frigates and submarines in the bay, they enjoy regular sightings of whales and dolphins. Penguins are charming, but noisy neighbours in the streets above Boulders beach. Baboons can be seen on the mountainsides and sometimes in your garden, as well as mongoose, duiker and dassies. Beaches and mountain trails are ideal for daily dog-walking. “I love the fact that it feels so far out of town but it’s really the best of both worlds,” says Roushanna Gray of Veld and Sea. 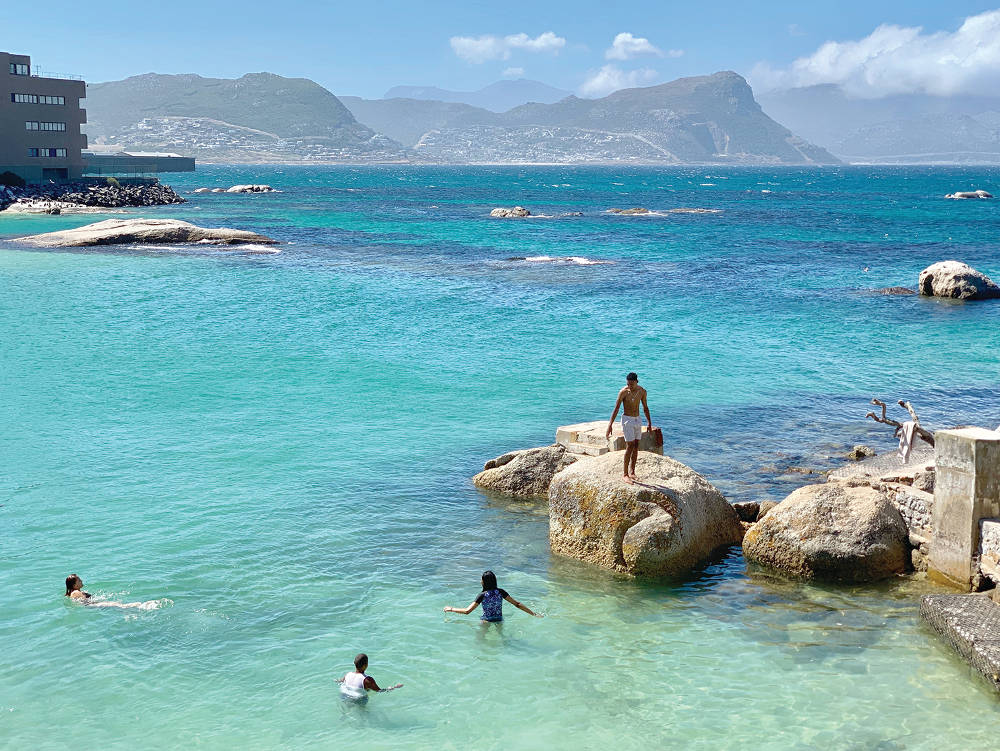 From renovated Victorian cottages and modern apartments in the central town, to mountainside family homes with panoramic views over the bay, Simon’s Town has a wide range of property to choose from. Simonskloof, above the dockyard and marina, is sought after for its mountainside properties sheltered from the southeaster, while around the shoulder of the mountain Boulders and Seaforth, though windier, are an easy stroll to beaches for morning swims with the penguins. The brand new Harbour Bay development, which recently opened Simon’s Town first ever mall and supermarket, includes a residential component plus a medical centre and a retirement village. 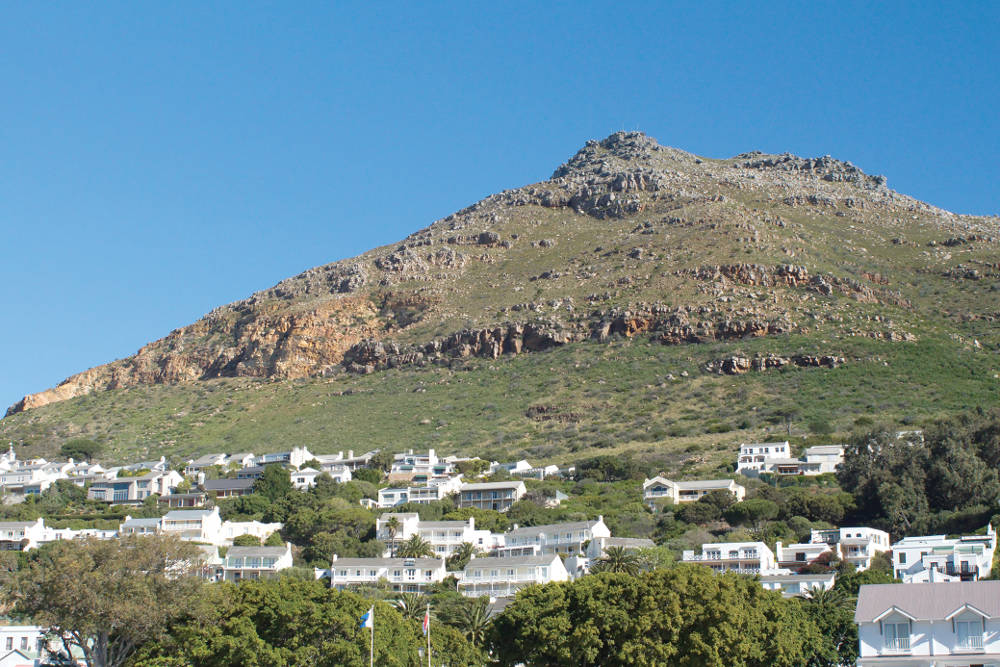 Simon’s Town families can choose from a wide variety of schools in the False Bay and South Peninsula areas. Fish Hoek’s public primary and high schools are probably the most in demand, along with Sun Valley Primary. Simon’s Town High School is notable for having recently celebrated its 200th anniversary and for its Lawhill Maritime Centre, a facility that gives leaners an opportunity to study towards careers in the maritime industry in grades 10 to 12. Private schools include Bay Primary in Kalk Bay, Imhoff Waldorf School, and a new Generation School also in Imhoff, with another campus planned for Noordhoek. 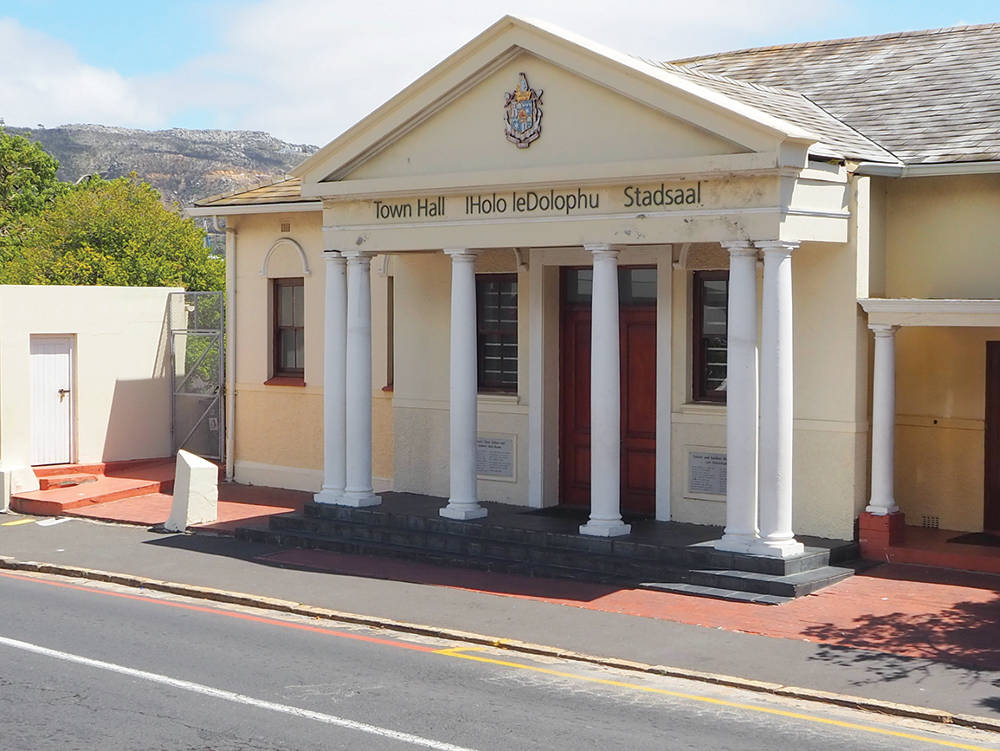 You’re never far from a beach in Simon’s Town: swimming at Boulders Beach with the penguins, dog-walking on Long Beach, snorkelling at Windmill Beach, or heading into Cape Point Nature Reserve for unspoilt, wild coves. Sea kayaking, sailing and surfing before or after work are part of the magic of everyday living here. A short one-minute hike up to Admiral’s Waterfall is one of the town’s best-kept nature secrets, easy enough for kids, and fun playing in the water and clambering on rocks.

The town itself has plenty for all the family. “I love meandering along the waterfront jetty with my kids, people watching, dreaming, feeding chips to the seagulls and looking out for the resident crane,” says Roushanna. She also recommends going on a walking tour of Simonstown or visit the Heritage Museum to better understand the local history. “Explore the curious little lanes behind the main road, kayak the coastline, enjoy a picnic at a Windmill beach, have an adventure with Pisces Divers and roll around in the gemstones at Mineral World. Being a tourist in your own town has never been such fun!”

Simonstown still has the charm of a picturesque holiday coastal village. I love the rustic quiet of living in this area, being so close to the mountains and ocean and at the mercy of the elements.
Roushanna Gray, resident 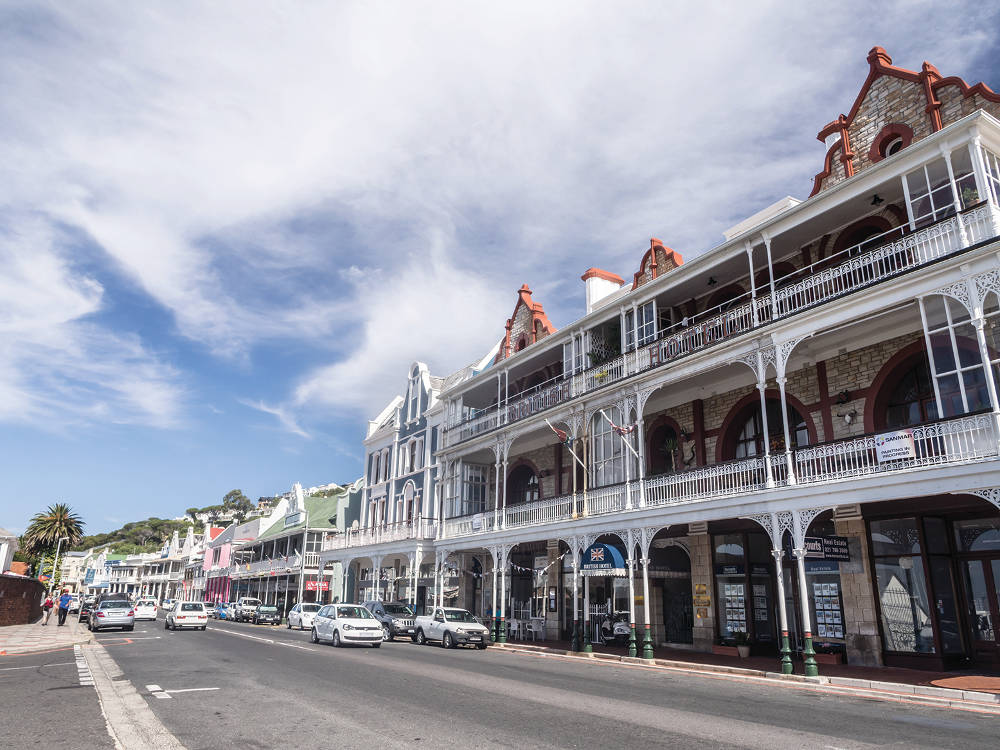