Spice up your life in Bo-Kaap with Cape Malay Cooking 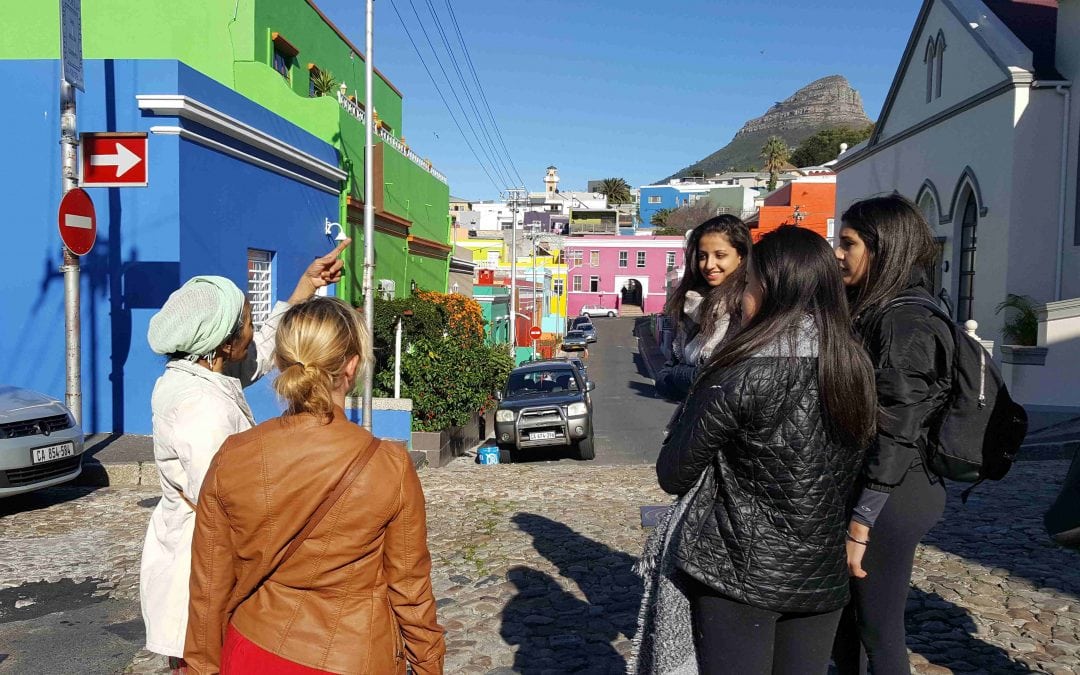 The mild spices and feel-good warmth of Cape Malay cooking are so much part of our collective South African food culture that I jumped at the opportunity to learn to cook a few dishes myself.

The woman behind the spice… 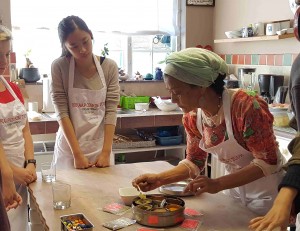 And who better to learn from than Zainie Misbach, who started and co-owned Cape Malay restaurants Biesmiellah and Noon Gun for many years, among many more impressive food credentials. Her Bo-Kaap Cooking Tour is popular with international visitors for its insight into local culture and food. Cooking alongside Zainie in her home is a practical, hands-on introduction to Cape Malay cooking, full of useful tips about spices, ingredients and techniques.

After meeting in Wale Street, Zainie took us to the corner shop and then to Atlas Trading Company to show us which spices, samosa leaves and sauces she uses. On the short walk through the colourful Bo-Kaap streets she told us about the history of the area and the Cape Malay people, before arriving at her home: a traditional cottage backing onto a shady communal garden.

Ready for the heat! 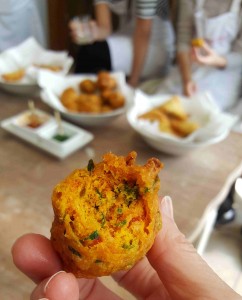 We donned aprons and gathered around the kitchen table as her daughter-in-law, Zoelfah, started mixing the roti dough and Zainie introduced us to the spices we’d be using. Cumin, coriander and fennel are joined by turmeric and the secret “father-in-law” red masala from Atlas Trading Company, which the locals use as their mild hit of chilli (the “mother-in-law” is the hot version) – these spices are used generously as a base for all Malay curries.

Once we had our chicken curry going, we all worked with flour and rolling pins to get the roti dough as thin as possible before twisting and rolling it. The secret to flaky, buttery roti was now ours and easy enough to cook at home. Time flew by as we made chilli bites (dhaltjies), folded our own samosas and deep-fried them. Within no time, it seemed, we’d cooked and tossed the rotis, the curry was ready and lunch was on the table in the dining room. It was a chance to relax, chat and swap stories from around the world over a traditional Cape Malay meal that we’d cooked together from scratch that we now felt inspired to cook for our families at home.