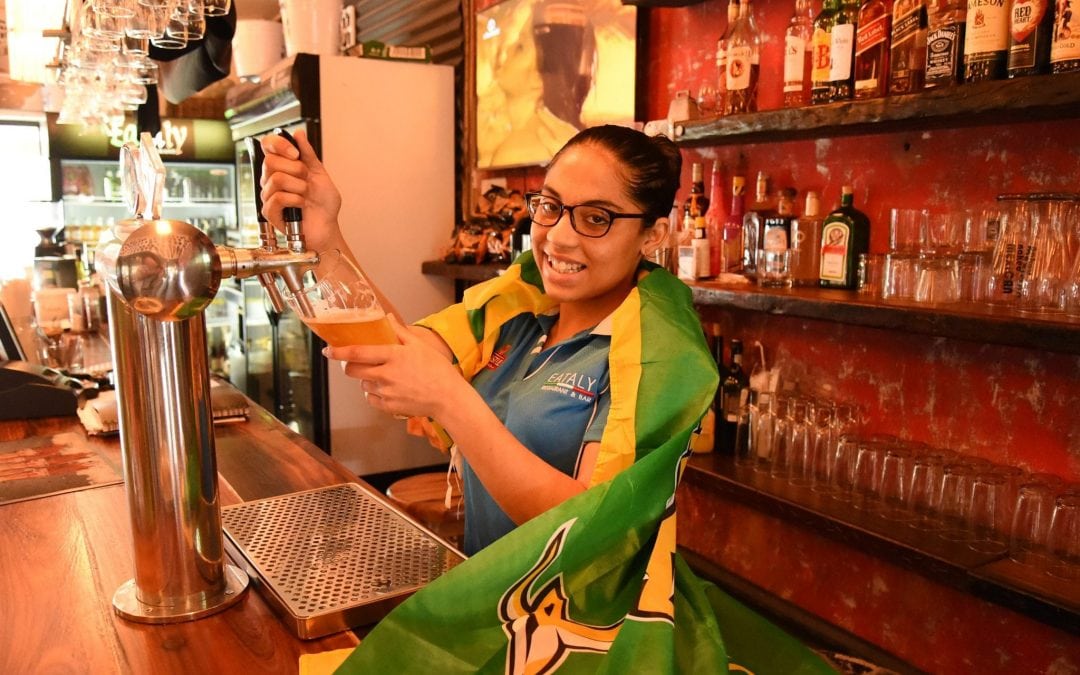 There’s nothing like walking into a pub and eatery that feels homely too. At Eataly in Newton Park, the vibe is as easy-going as your own stoep and the pozzy exudes informality from the second you walk in. It’s rustic with a capital R (check out the old-style farmyard tables and chairs) with novel touches and all sorts of furnishings – from homemade chandeliers to elaborate wall decorations.

You can pick any kind of drink here, from a range of shooters, such as Springbokkies and Jagermeister, to spirits, mixers, ciders and beers. And when it comes to draught on tap, Eataly has two winners in Boston and its cousin, Whale Tale Ale, from craft beer specialists Boston Breweries.

On the munchies front, there’s a full menu to choose from. There are also terrific features on certain nights, like a value-for-money 250g rump, chips and beer combo on Fridays, and pizza and pasta specials on Date Night Wednesdays.

There are two bar serving areas, one in the roomy interior upfront and the other in the even more spacious courtyard section, which is covered by a bedouin tent for a party atmosphere.

This is a great neighbourhood venue and just the spot for a gathering of friends or a rendezvous for the big game on the big screen.