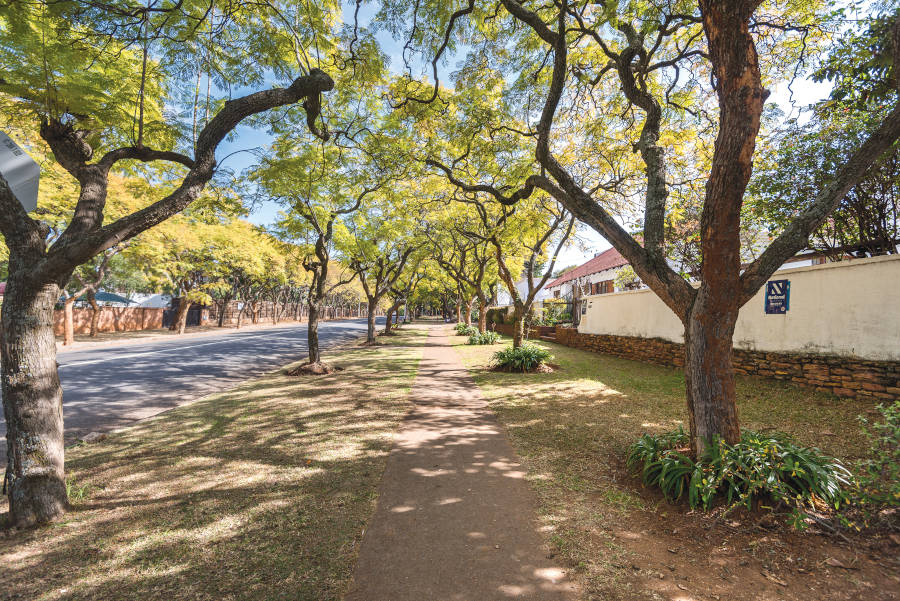 Nestling southeast of Pretoria’s well-known Union Buildings in the shade of beautiful jacaranda trees and charming old buildings, the bustling suburb of Eastwood boasts a unique character and vibe.

Lying in such close proximity to the national seat of the South African government and the office of the president, the suburb also boasts a high presence of foreign missions and embassies. Eastwood borders on Hatﬁeld where the main campus of the University of Pretoria and many other private learning institutions are situated.

Adding some extra buzz is the neighbourhood’s central location to many well-known tourist attractions, not to mention the fact that Eastwood is the domicile for the notorious Loftus Versfeld Stadium, which is proudly called the home of the Blue Bulls rugby team. This suburb has several luxurious hotels and many of the beautiful old homes and buildings have been turned into enchanting guesthouses or premises for professional businesses.

In Eastwood everything is close to everything: one can either walk to school or work, catch a bus, or board the Gautrain at the nearby Hatﬁeld Gautrain station. Residents have easy access to several top hospitals, an array of schools, great shopping malls, different church denominations as well as a host of entertainment options. 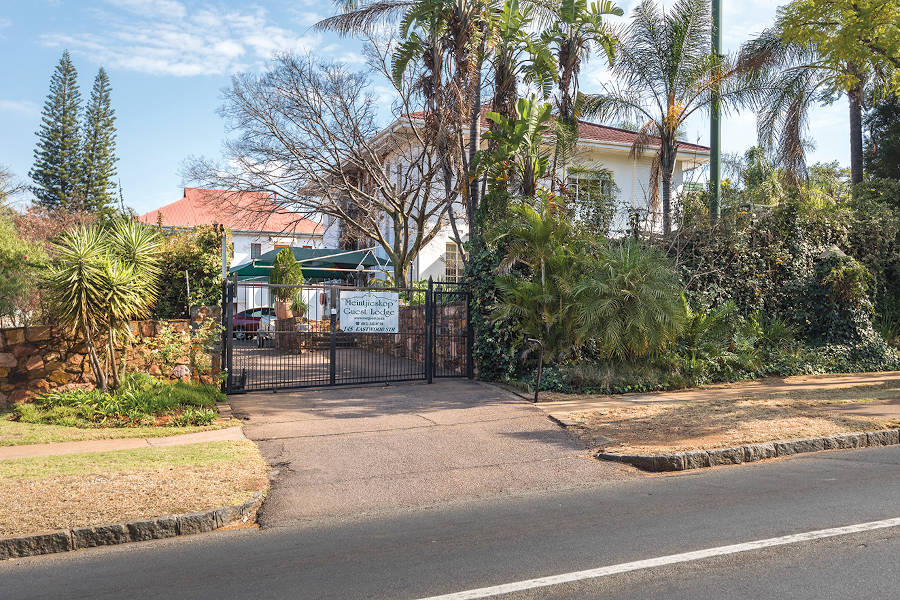 There’s limited real estate on the market in this sought-after neighbourhood as many properties are bought up by investors turning them into student accommodation, guesthouses, business premises or use them for other short- and long-term rentals.
Most of the homes in Eastwood is in mint condition and beautifully restored to their former glory of an erstwhile era. Typical features would include lovely high-pressed ceilings, oregon ﬂoors, wooden door and window frames, ﬁreplaces full of character as well as well-kept gardens and large trees.

Property prices varies between just under R2m to well above R3m and those closer to the Gautrain, the embassy hub and Loftus Versfeld are usually the more expensive ones. 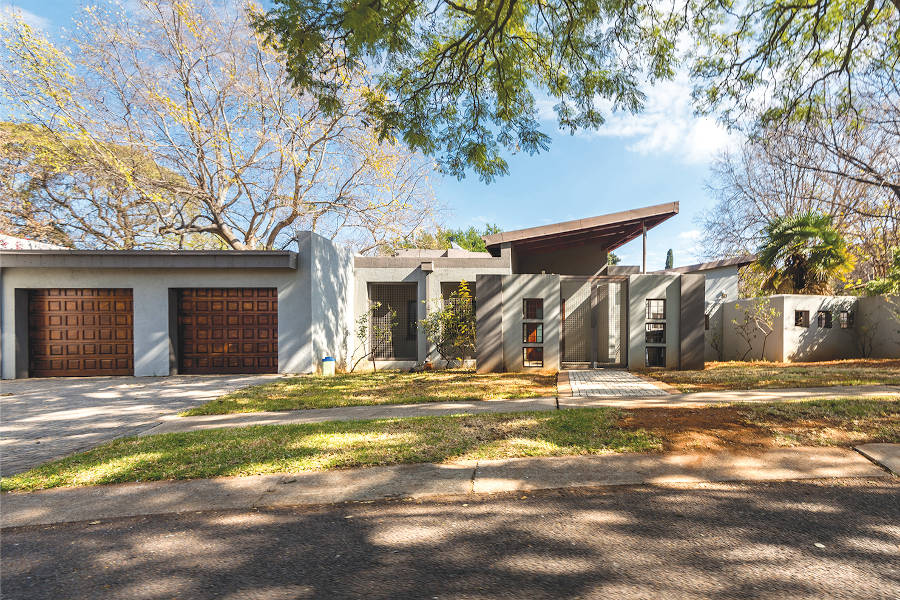 In line with its cosmopolitan and multi-cultural community, Eastwood and surrounds boast a wide diversity of schools and educational facilities. Arcadia Primary School was established in 1903 already and today is the oldest public school in the city that’s still located on its original grounds. The nearby Laerskool PretoriaOos opened its doors in 1928 in the neighbouring suburb of Brooklyn.

Secondary phase learners living in Eastwood can also opt to attend the prestigious Pretoria Boys High School or Pretoria High School for Girls. Their Afrikaans medium of instruction equivalents – Afrikaanse Hoër Seunskool and Afrikaanse Hoër Meisieskool – are also situated close by. The esteemed TuksSport High School is located a few minutes’ drive from the suburb at the university sports grounds.

Private schools in the vicinity include British International College, St Mary’s DSG, The Capital Hotel School, and a few other. 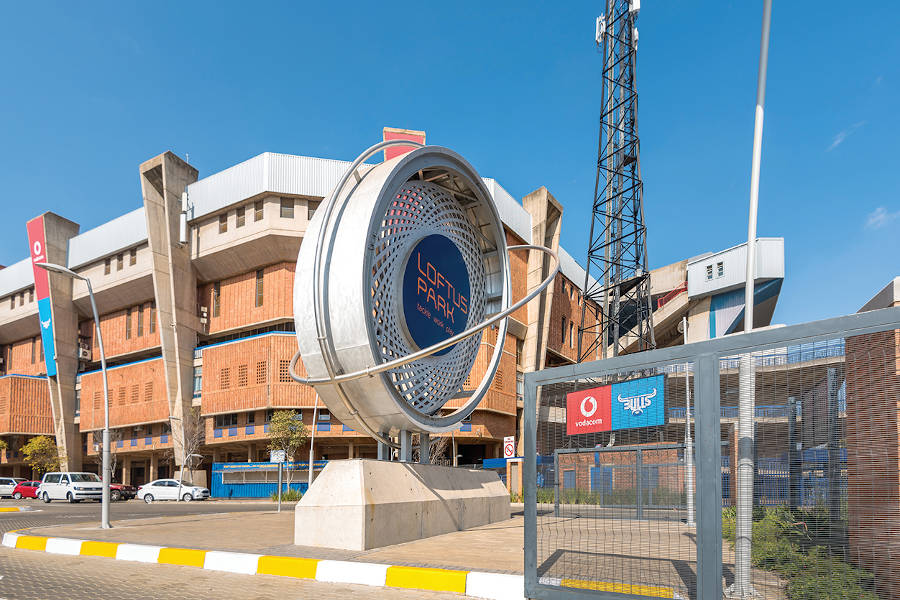 Stroll down one or more of Eastwood’s tree-lined streets and get acquainted with all the great places of interest in this neighbourhood. A sight-seeing stop at the Union Buildings offers spectacular views over Pretoria’s skylines and the garden terraces below as well as the the 9m-tall statue of Nelson Mandela. This terrain is also home to several other statues and memorials including the statues of Gen. JBM Hertzog and Gen. Louis Botha as well as the SA Police Officer’s Memorial, the Delvile Wood Memorial, SA Heavy Artillery Memorial and other.

If you are interested in seeing a great collection of South African Art, stop by at the nearby Pretoria Art Museum. Make time to watch a theatre production at the South African State Theatre, an art movie at Cinema Nouveau in Brooklyn Mall, or the latest block buster at Ster-Kinekor at Sterland Mall.

“Eastwood is a friendly neighbourhood with lots of things to do and lots of pubs and restaurants and clubs where one can make new friends” DANNY MCCABE, RESIDENT 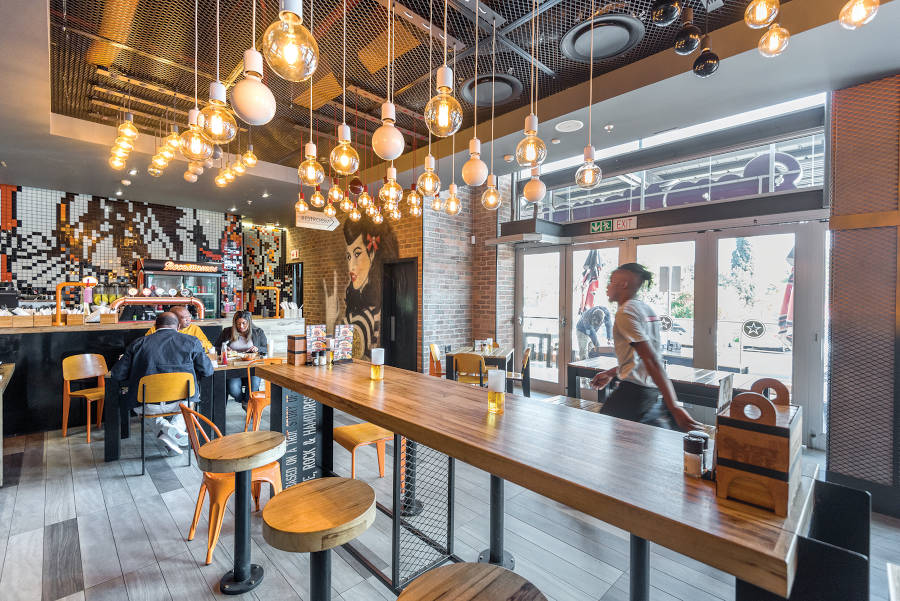