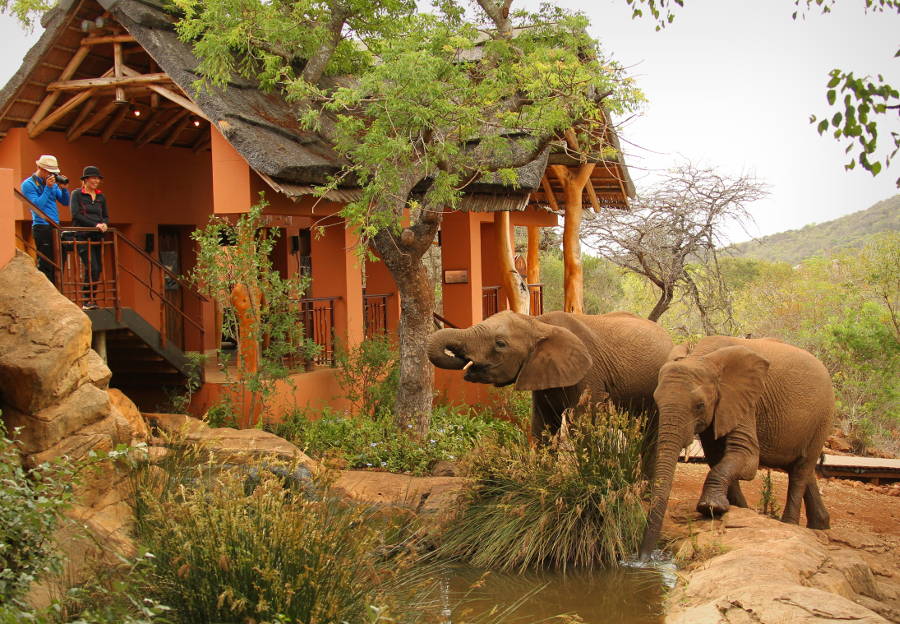 Of the three pillars of KwaZulu-Natal’s tourist offering – the Berg, bush and beach – the bush, as in game reserves, is a tantalising drawcard not only because of the diversity and affordability on offer, but also because it offers an opportunity to see the province from a unique perspective. The KwaZulu-Natal game reserves are adored by locals and holiday-makers alike.

KwaZulu-Natal provincial game reserves fall under the protection of Ezemvelo KZN Wildlife. Visitors can drive themselves around and do their own catering, although some reserves have shops and/or restaurants. Numerous others are privately owned and have game drives guided by rangers.

Malaria is a factor to consider and take precautions against when visiting reserves a few hours north of Durban.

Many game reserves aren’t child-friendly, but some are equipped for youngsters and have created unique child-focused programmes.

&Beyond runs a superb WildChild programme, and CEO Joss Kent says it’s an ideal way for parents to get their children used to travelling. “Expose them to the people, the food, the real culture of your destination.” Ideally designed for families, the five-star Phinda Homestead – an exclusive-use house on the renowned Phinda Game Reserve – allows a family to determine their own schedule, unaffected by anybody else, while still enjoying &Beyond’s WildChild programme. It’s filled with fun, interactive activities that offer opportunities to learn and discover new experiences. Every night, on their pillow, each child receives an assignment for the following day’s expedition.

Ndaka Safari Lodge in malaria-free Nambiti Big Five Private Game Reserve welcomes children and offers comfy accommodation (including camp cots) and child-friendly meals. The large fenced-in garden provides ample space to play soccer or a game of hide and seek, the kids’ playground has a jungle gym and cool giraffe and zebra “rockers”, and the swimming pool was specifically built to accommodate children of all ages. Children can also accompany their parents on game drives – vehicles are equipped with car seats. 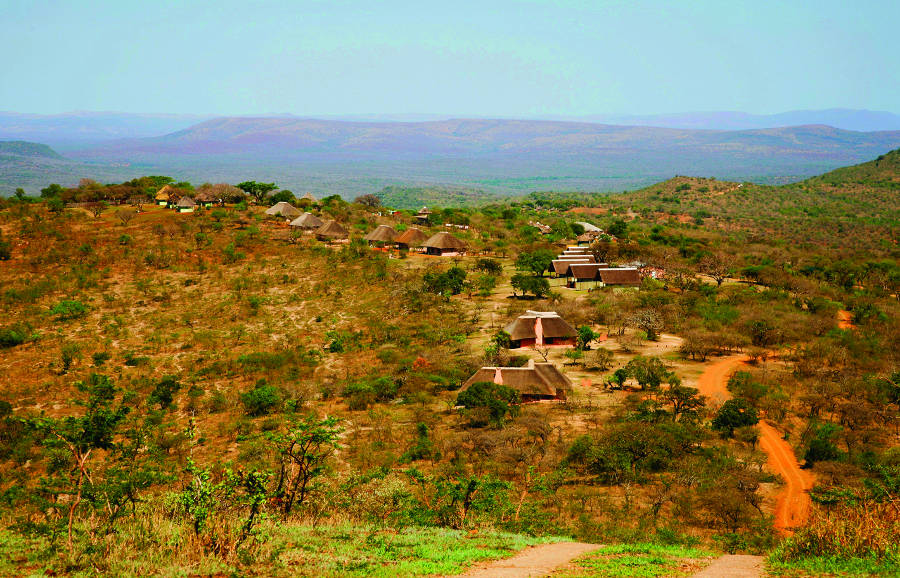 You’ll be hard-pressed to beat the prices of the KwaZulu-Natal provincial game parks. About three hours north of Durban is Hluhluwe-Imfolozi Game Park, with a range of accommodation.

Sunset and sunrise drives with rangers leave from Mpila and Hluhluwe camps at set times (at additional cost) – most guests choose to drive themselves.

Mpila Tented Safari Camp is an affordable favourite. Each tent has two single beds, a deck, en-suite bathrooms and separate kitchens, all in a bush setting, with only a strand fence to keep elephants out. There’s no electricity between 10pm and 6am. Hyenas are regular visitors, but wild dogs and leopard have also been seen in the camp.

Nselweni Bush Camp has only eight fully equipped, self-catering chalets, strung along the Umfolozi River. Holiday-maker Caroline Streak, says, “We nip into the park – three hours from Durban and a million miles from civilization – once a month to restore our sanity! We ideally visit Nselweni, but Mpila is also fabulous.”

Tembe Elephant Park is KwaZulu-Natal’s third-largest game reserve and is located in Maputaland, far north bordering Mozambique. Home to South Africa’s last remaining free-ranging indigenous African Elephant herd, it’s also the ancestral home of the Tembe people. Holiday-maker Stan Blaine says, “Something which sets Tembe apart from other reserves is that the rangers have grown up here, so their knowledge is supreme and they share it with generosity and pride.”

Zimanga Private Game Reserve, four hours north of Durban, is the first reserve in Africa designed for the needs of modern wildlife photographers of all levels, as well as avid safari enthusiasts. Six state-of-the-art photographic hides, unique in their design and execution in Africa, have been built by the owners, the Senekal family, under the guidance and supervision of “The Invisible Wildlife Photographer”, Bence Mate. Holiday-maker Sal Davies says, “If you’re passionate about photography, the hides at Zimanga are unlike anything else you’ve experienced.” 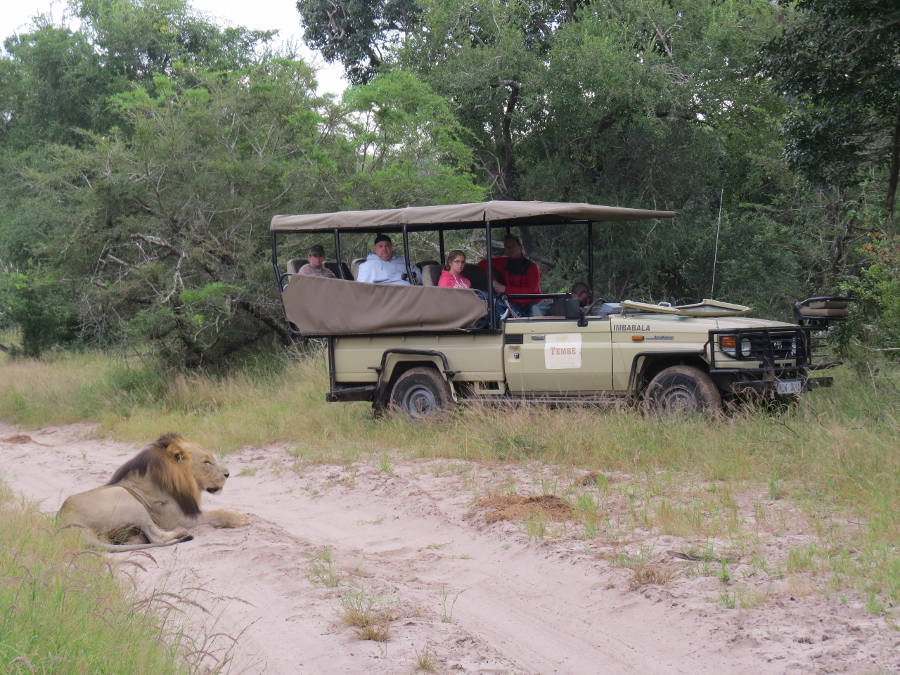 Luxury accommodation, a spa, being waited on hand and foot, delicious food and guided game drives are the gloriously wild trappings of a luxury safari getaway.

Thanda Safari, a five-star private game reserve and a member of The Leading Hotels of the World, not only offers Big Five game drives, but also specialised bush walks – guests can join the conservation team for a day, assisting with game counts, checking fences and even tracking the Big Five for veterinary procedures.

Nambiti Hills Private Game Lodge is set in the malaria-free Nambiti Big Five Private Game Reserve, just outside Ladysmith – three hours west of Durban. Eight luxury suites each have their own viewing decks, and the glassen-closed dining and lounge area has views over the Nambiti Valley. There’s a heated pool, spa, game drives twice a day with a private guide and gourmet menus including high tea. Holidaymaker Clayton Buys says, “There are many different lodges in Nambiti Big Five Private Game Reserve, but when we want to be spoilt, we love Nambiti Hills Private Game Lodge.”

“We have family in KwaZulu-Natal, and four years ago, I had my first safari ever in a game reserve. Now I can’t get enough of them. KZN has amazing game reserves!”

Barry Roughan, visitor from the UK 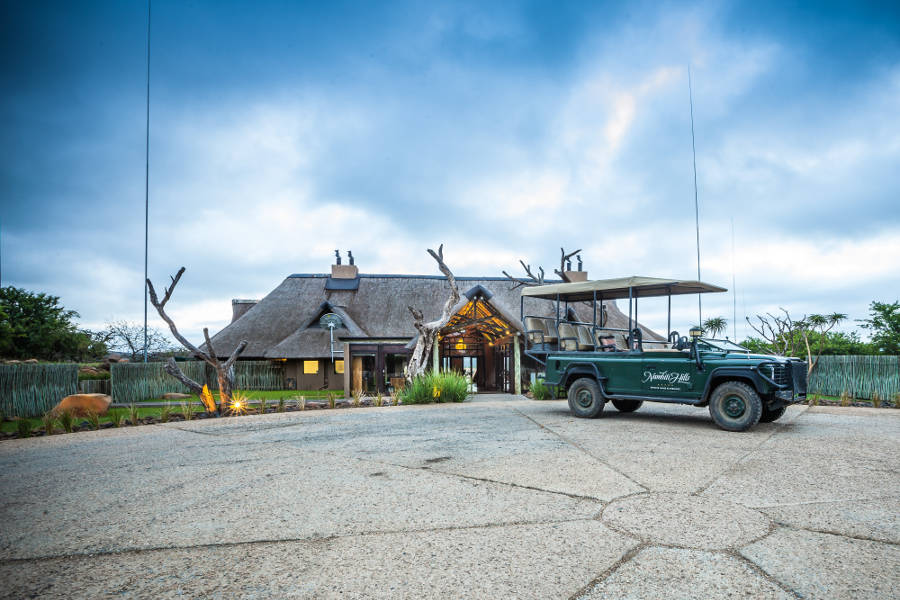